Not Looking Back in Persecution-Torn North India

In October, 2015, a fundamentalist Hindu mob attacked a BCM church in Begaipeda village in northern India’s Jharkhand State. The church had been growing steadily since its founding in 2010, and the believers had constructed a small sanctuary on a piece of land donated by a church member. The mob’s target was the pastor, BCM church-planting missionary, Rev. Sunil Munda. When they couldn’t find him, they attacked other believers and damaged church furnishings. Due to local hostility, Rev. Sunil Munda has not been able to return to Begaipeda, but he has already started another church in a nearby village.  Meanwhile, the Begaipeda congregation continues to grow under the leadership of local church elders. 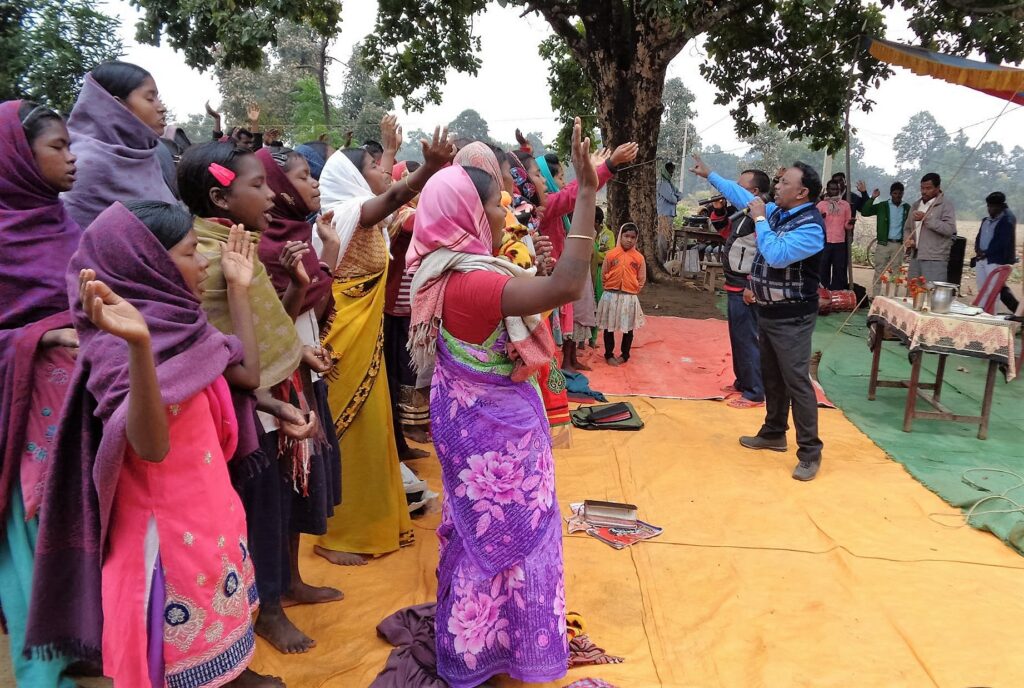 But the Begaipeda attack was not the news bulletin BCM leadership in North India’s Jharkhand and Chhattisgarh states was excitedly reporting to BCM India headquarters in Hyderabad. Attacks on believers, violent disruptions of revival meetings, destruction of homes and churches have long been a part of daily life for Christians in this region. The cause of excitement and rejoicing was a record number of new believers and baptisms reported by BCM India’s 17 missionary church planters in these two states during the 2015-2016 calendar year.  In total, more than 2100 men, women, and children accepted Jesus Christ as Savior with more than 660 baptisms.

The two adjoining states of Jharkhand and Chhattisgarh are largely rural in demographics. More than 60 million total population includes many tribal groups, including the Ho, Santhali, Matho, and Munda communities. Poverty and illiteracy rates are among India’s highest, especially in the rural areas.

BCM ministry in this region began in 2005 with just three BCM missionary evangelists sharing the Gospel predominantly in rural tribal villages. As villagers turned to Christ, dozens of believer groups were organized, then full church congregations. By 2009 the BCM team included 27 young leaders who had dedicated their lives for fulltime ministry and undergone training in church planting at BCM India’s Ebenezer Prayer Centre in Hyderabad.

Most of these trainees are from tribal background. Because they came to Christ from other religions/faiths, many have been shunned by their families and even expelled from their home communities. But this has not quelled their zeal to share their faith. As more churches were planted, Rev. K.E. Joseph, BCM co-ordinator for North India, began conducting training programs in the region for pastors, evangelists, and other ministry leaders. 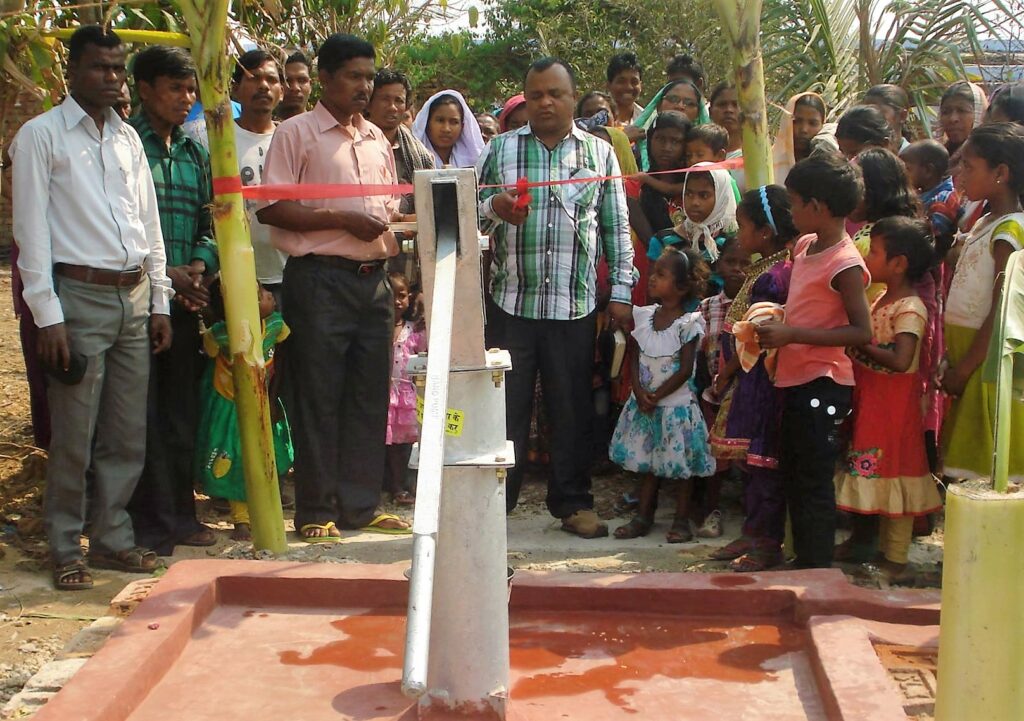 Today, a total of 17 BCM missionary church planters, 12 in Jharkhand and 5 in Chhattisgarh, oversee 56 churches along with 109 believer groups (fellowship groups not yet organized into formal churches with appointed elders/deacons) across these two states. Over the past two years, an additional 50 young people have received training to assist in church and outreach ministries.

Which does not lessen the challenges BCM ministry leaders face daily in this region. The testimony of Rev. Ful Chand Mahato is representative of many of BCM India’s missionary pastors. From the Matho tribe in Jharkhand, Ful Chand came to Christ through an outreach ministry. When his family promptly ex-communicated him, a Christian believer gave him shelter and later helped enrol in a two-year Bible training course.

After completing the training, he began ministry as an evangelist. He was not permitted back into his own village, but began outreach in another village called Amda. This was a daunting challenge since there were no other Christians. Worse, hostile locals accused him of forcibly converting people, a crime punishable by a lengthy prison sentences, even publishing the accusations in a local newspaper.

Rev. Ful Chand refused to get angry or to quit. Today the Amda church has 70 members and continues to grow. Meanwhile he shares his faith whenever possible with friends from his tribal community. Two of these friends have not only accepted Christ, but have started prayer fellowships in their own villages. 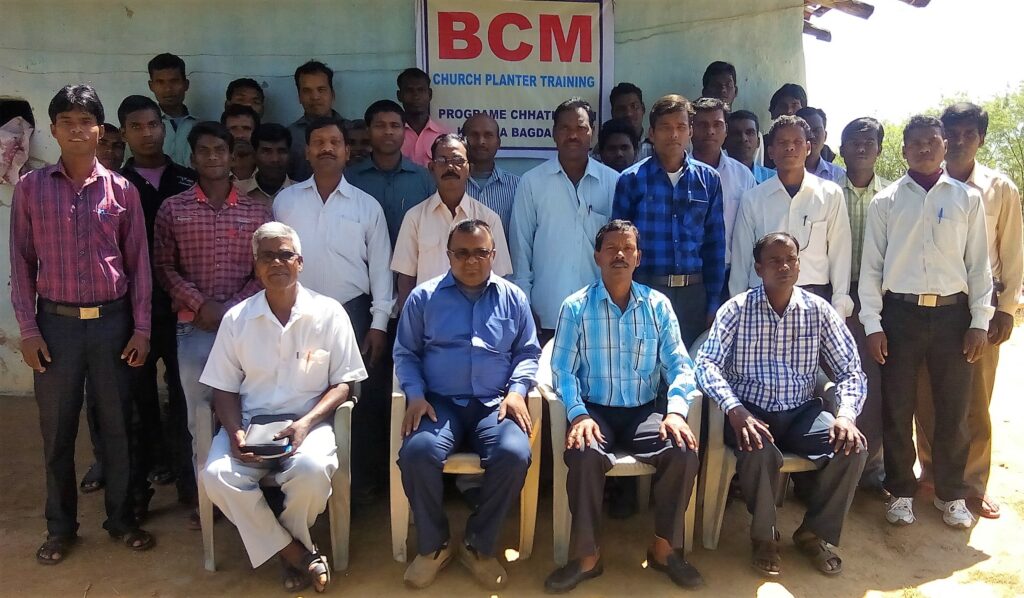 In 2009, Rev. Ful Chand attended BCM’s church planter training in Hyderabad and shortly after was commissioned as a BCM missionary. In 2011, he was appointed BCM supervisor for the states of Jharkhand and Chhattisgarh. Many of the missionaries, pastors, and church leaders he now oversees could share similar stories.

“The Lord Jesus said, ‘No one who puts his hand to the plough and looks back is fit for service in the kingdom of God’ (Luke 9:62),” reminds Paul Padmaker, executive director of BCM India. “Even though there are only 17 pastors, the BCM ministry is growing in these two states in spite of persecution and challenging situations. The people from the villages are so eager to listen to the Word of God and respond to the Gospel of Jesus Christ. I thank and praise God for the way God is using our BCM pastors to bring more and more people into the saving knowledge of Jesus Christ. We give all the glory to God.”