“Are You Mrs. Religious?” 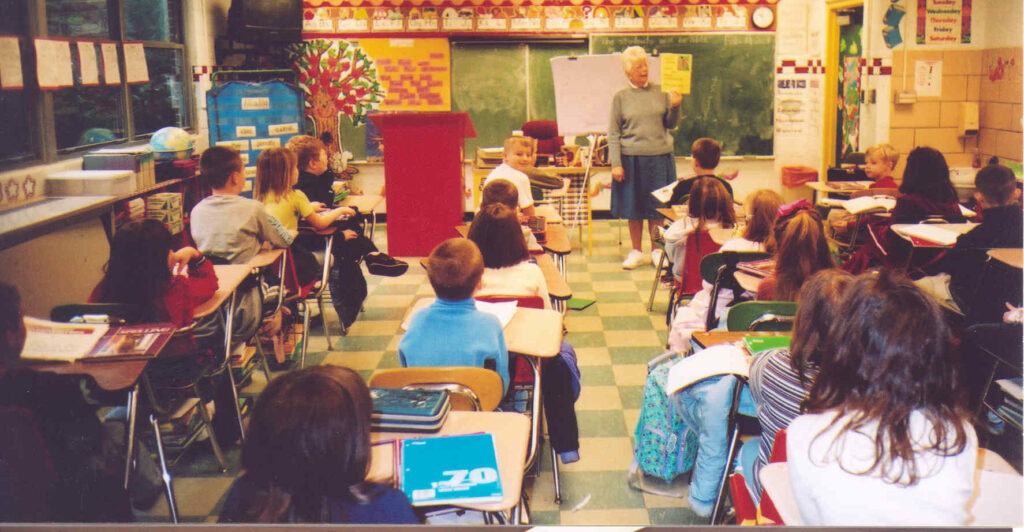 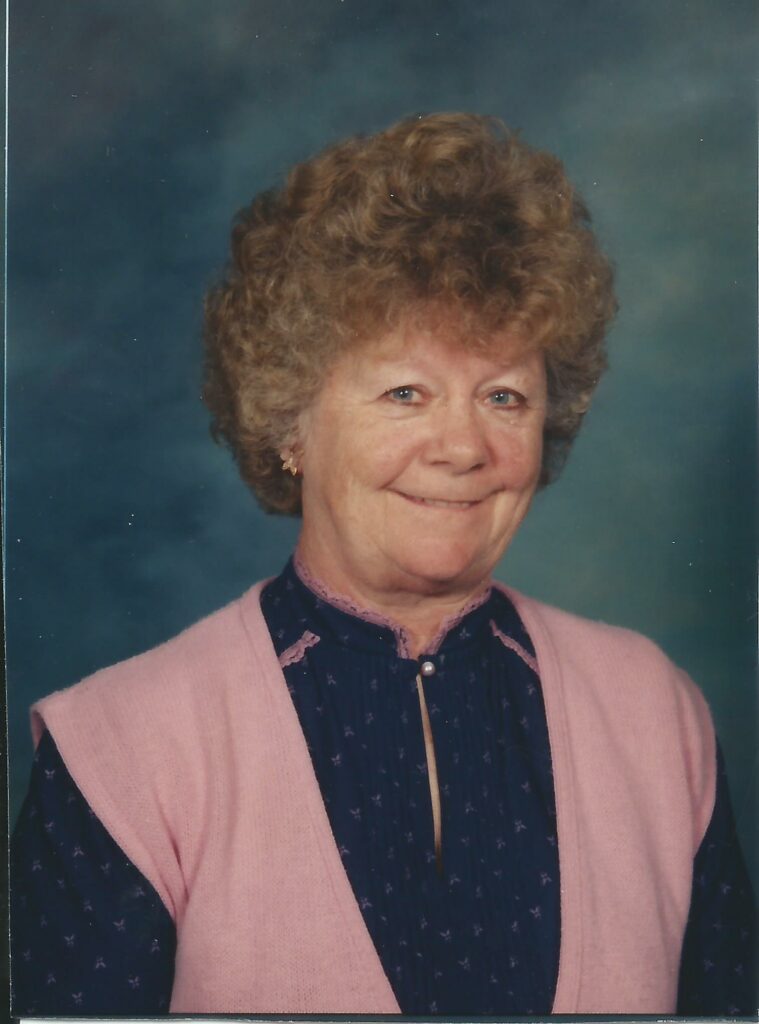 Walking through a local supermarket in her hometown of Warren, Pennsylvania, BCM missionary Ruth Gray felt someone’s eyes on her. She turned to see a little boy watching her closely. When she smiled at him, he mustered the courage to ask, “Are you, uh, are you the religious . . . um, the Mrs. Religious . . .?”

By United States federal law, schools are required to release students for one hour each week to attend a religious class of their choosing. This is called the Released Time Education program. Having taught Released Time Bible Clubs for nearly fifty years, Ruth Gray is used to being known as the “religious education teacher” for generations of northwestern Pennsylvania children.

Born and raised in rural Warren County in the northwest corner of Pennsylvania just below the border with New York, Ruth came to know Jesus Christ as Savior as a young teen. However, she didn’t fully commit her life to God until after she married her husband Lloyd and became mother to three boys. When Ruth heard of Released Time Bible classes, she decided to walk her boys to them each day. While attending a class with her sons, Ruth says it “hit her right between the eyes” that she should become involved herself.

Mrs. Mae Minser, a missionary with what then was called the Bible Club Movement, now BCM International, started the first Warren County Released Time class in the 1940s. Mrs. Minser passed the baton on to another BCM missionary, Mrs. Marian Thompson, who trained and equipped Ruth to teach Released Time classes. Ruth grew to love her role and in time became an associate missionary, then a full-fledged missionary with BCM International. When it was time for Mrs. Thompson to pass the baton, Ruth was her first choice to take over.

“It would have scared me to death back when I was younger if I’d known I was going to end up doing this!” Ruth smiles now.

Children may have changed over the years, but the Released Time format has stayed relatively the same. On the first day of school, students in Warren County’s three participating public schools are given permission slips to take to their parents. Due to “separation of church and state” laws, Bible classes cannot be held on school property. When Mrs. Minser and Mrs. Thompson began teaching, children were able to walk to the churches where Released Time classes were held. But in more recent decades, schools have consolidated, leaving churches too far away to walk. Permission slips enable the children to leave on a school bus to go to an area church.

Once in the church, Released Time Class begins. The program consists of prayer, singing, pledge to the Bible, a memory verse, and a Bible lesson. The Bible lesson material has always been BCM International’s Footsteps of Faith curriculum. 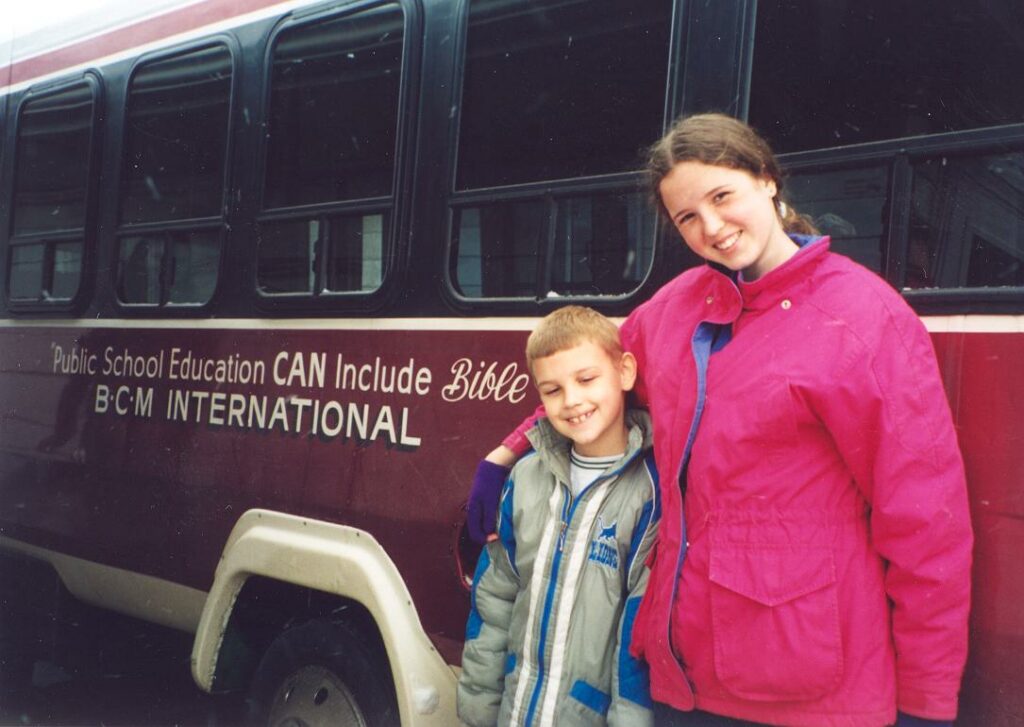 “We love it. We’ll never change it!” Ruth expresses. “It’s the best material out there, especially since it regularly includes the Gospel.”

The entire program has to last less than an hour as travel to and from school is included in the one hour allotted for a religious class. During the 2016-2017 school year, 235 children from grades 1-5 participated in the Warren County program. Ruth’s volunteer team included seven other teachers and fifteen helpers.

Ruth has been involved long enough in Released Time Classes that she is now teaching grandchildren of her original students. She has even had the unique privilege of teaching her own children and grandchildren. BCM missionaries have been offering Released Time classes in Warren County for so many decades that parents and school administrators trust and support them implicitly. However, Ruth has come to see it is now her time to pass along the baton. More than ten years ago, God provided Ruth with a volunteer named Leanna Ashe.

Ruth explains: “I threw out the lead that a time would come when I wouldn’t be able to do this anymore. Would anyone else would be interested? Leanna responded. She’s a confident leader who is going to do quite well.”

Ruth’s goal is to complete the transition of leadership by early 2018. When asked if she would miss leading Released Time, Ruth responded, “Of course! But I told God that I would be willing to teach as long as I am physically able. Leanna has accessibility to the internet that I don’t have, and she is able to do things much faster than me.”

Ruth shares that one area where her team needs more help is follow-up. The churches involved in the program do what they can, but follow-up would be more efficient if they had additional volunteers. Warren County Bible clubs are funded solely through donations from churches and individuals. The schools’ only obligation is to release the children from class. Buses and classroom facilities for the Bible clubs have to be arranged and paid for through donations.

For Ruth and the rest of her team, the payout from the last half-century of hard work is worth it. Countless children have come to know Jesus Christ as Savior through the Warren County Released Time Bible clubs. Ruth knows of at least one such boy who is now a missionary in Asia. Ruth shares, “I frequently get notes thanking me for what I’m doing. Kids bring me pictures they’ve made in school. I’ve got quite a treasure trove.”

Ruth and Leanna ask for prayer for the smooth transition of leadership as well as additional volunteers to keep the program running. 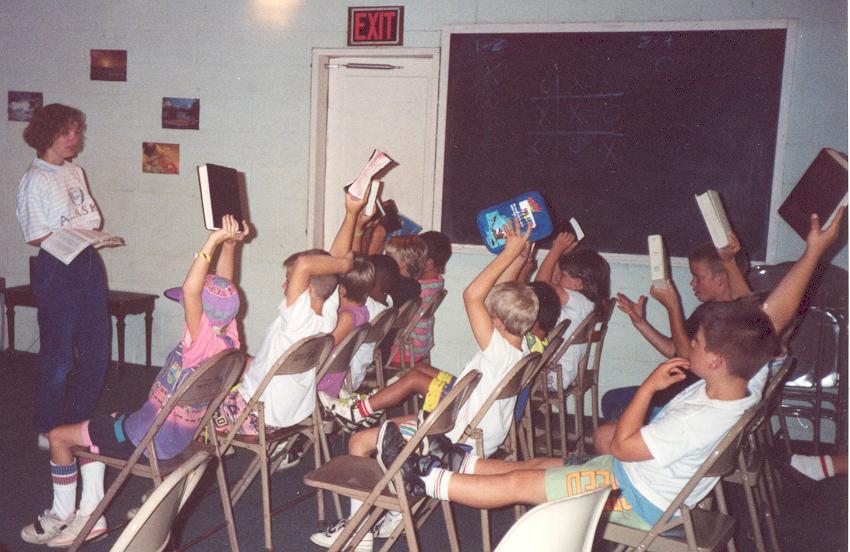 Due to privacy issues, photos of the actual Released Times were unable to be used. The photos used are from other BCM Released Time classes.