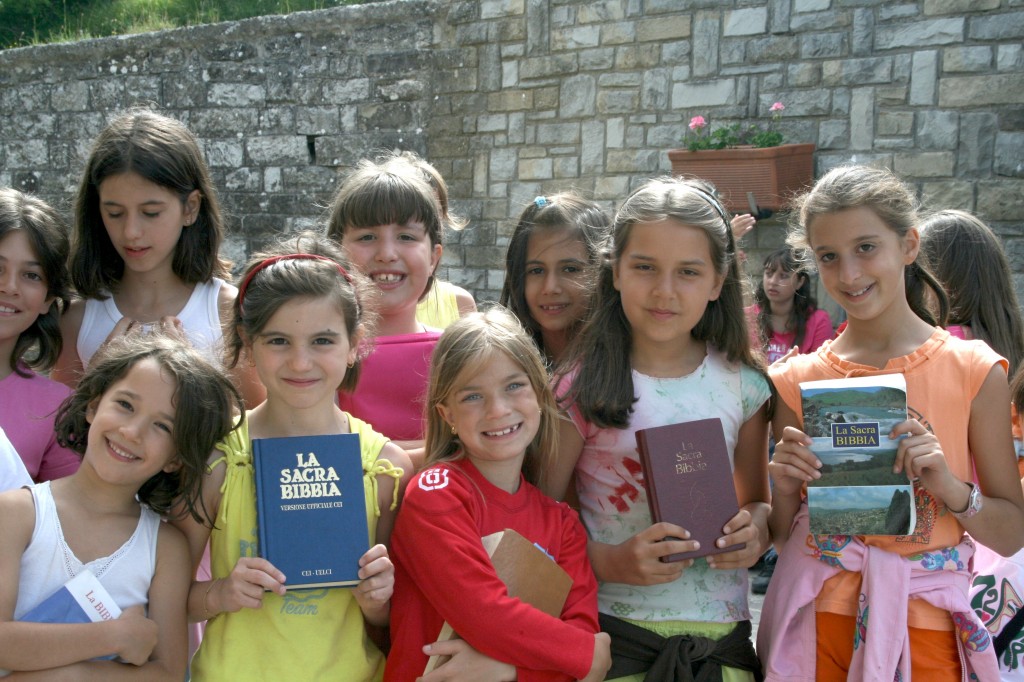 If anyone understands the value of persistent, unflagging ministry to children, it’s Jim Lines. Accomplished shop-lifter, burglar, and truant from school before he was eligible for a driver’s permit, he worried little about what his parents would say.  His mother, profane and immoral, wrote the grocery lists for his raids. Few in his hometown who’d suffered the depredations of Lines family shopping believed the young thief would grow up to stay out of jail, much less end up overseas as a missionary.

But they never took into account God’s grace and love displayed through one elderly Christian couple. Oscar and Nancy Bonds drove long distances to take Jim to church, welcomed him into their home, and despite parental hostility and even demands for financial compensation, refused to give up him. At age 10, attending a revival service with the Bonds, Jim accepted Christ. Under Oscar and Nancy’s continued encouragement, Jim grew up to attend Moody Bible Institute and Dallas Theological Seminary. By then he was married to high school sweetheart Fran Linderman. When Jim was ordained into the ministry in 1962, his own parents didn’t bother to attend, but the Bonds were at his side (for full story, see Compelled by Love, available through Masthof Press at www.masthof.com).

Perhaps it was that example of unflagging persistence that led Jim along with his wife Fran in 1963 to Italy as BCM missionaries. Economically prosperous with a proud historical and cultural heritage, Italy was then and remains one of the most closed countries to spiritual issues. Still nominally Catholic, Italians have long since thrown off the Vatican’s spiritual and political dominance—and with it any interest in Christianity. Reaching them with the Gospel requires the patient, long-term investment into lives Jim received from the Bonds.

Jim and Fran Lines have done just that for forty-four years. In Rimini, a port town on central Italy’s Adriatic coast, they got involved with a small group of believers. Through Bible clubs, children’s camps, and Bible studies, they developed relationships with children and their parents. Gradually, one by one, sometimes after years of sharing their faith, they saw people come to know Christ. Italian Sunday school and Christian teaching material was scarce, so they established a publishing house, beginning with the translation of BCM’s Bible curriculum Footsteps of Faith, then Tiny Footsteps of Faith.

“An Italian girl who spoke English would translate one lesson a week,” remembers Fran. “Just enough to keep up with what we needed for the next week’s Sunday school and Bible clubs.”

Early children’s camps were held anywhere a facility could be found. By 1980, Christians in the Rimini area were asking for a camp site of their own. Local real estate was outrageously expensive, but Jim and Fran heard about an old farm property in the mountains an hour from Rimini. Its historic stone farmhouse was badly in need of repairs. But there was electricity, water, and ten acres of land. The asking price was an unbelievably low $30,000. Best of all, the quiet, green mountain valley was one of God’s most beautiful corners of creation, its ripe hay fields, sweeping forests, traditional white-washed homes, and distant church bells right out of a ‘Sound of Music’ movie take. Both Italian and overseas churches helped raise the purchase price. The farm was renamed Centro Maranatha.

“The original stone building leaked and was falling apart inside,” reminisces Jim Lines. “We held our first regional meeting in the hayloft. It was raining hard with water pouring through the cracks. The believers sat with umbrellas over their heads. I held an umbrella over the speaker with one hand and a lantern in the other so he could read his notes.”

An earthquake completed nature and time’s demolition job. But the stone shell and foundation were solid. Bit by bit the Lines, Italian Christian volunteers, and work teams from North America refitted dormitories, a modern kitchen and bathrooms, chapel and game facilities. Today a second building provides bedroom suites for staff and adult retreats as well as workshop and storage. A basketball court, soccer field, hiking trails, and archery range offer outdoor exercise while games can retreat under a large covered patio when it rains. The addition of central heating now allows Centro Maranatha to be used even during the winter months.

Volunteers from area churches as well as European and American short-term ministry teams provide staff. But within a few years it became clear to Jim and Fran Lines that their Rimini ministry, publishing house, and Centro Maranatha was too much for one couple. That was when God brought Michael and Lorna Ralston, BCM missionaries from Canada, to Centro Maranatha. 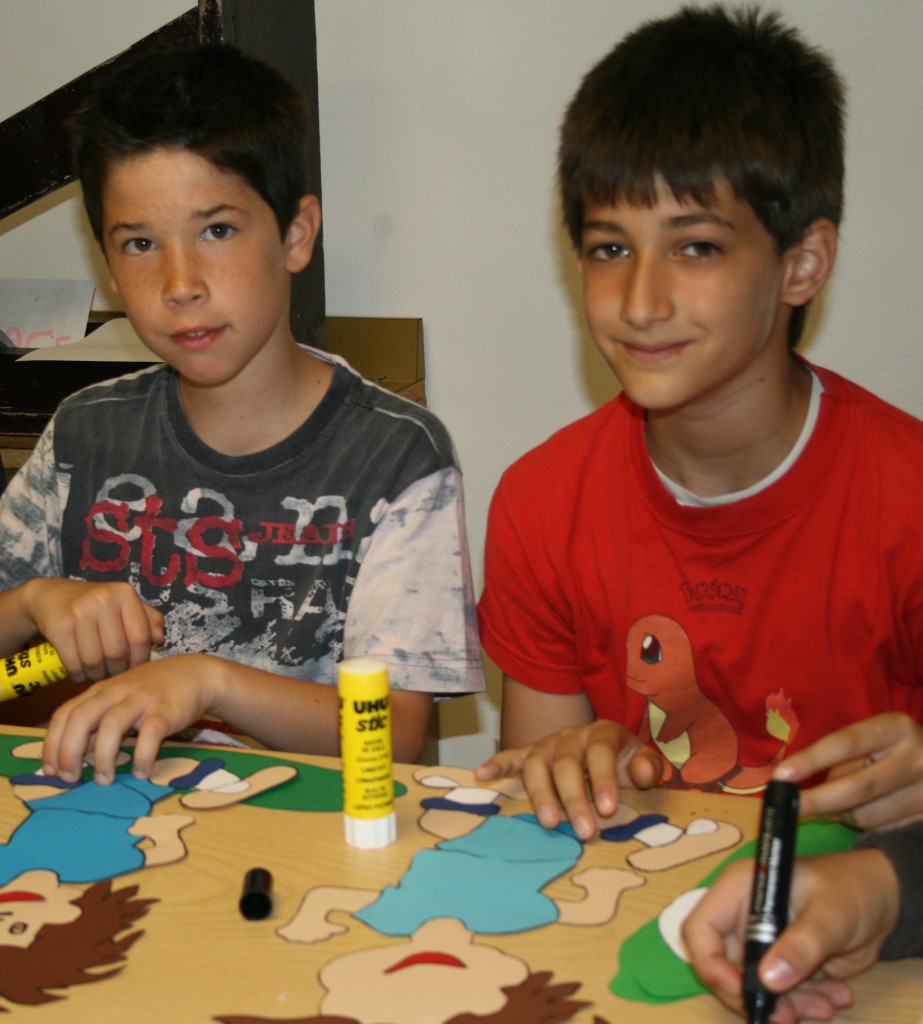 “I myself was a product of camp ministry,” shares Michael. “which is one of the reasons I feel the Lord has led me to this work. I was 13 when I accepted Christ at camp. Since that time the Lord has left a burden on my heart for reaching children in this way.”

Five years ago, Michael and Lorna took over the leadership of Centro Maranatha. What do they find most exciting about their ministry? Definitely seeing children come to Christ. As the current week of campers dart around, they point out a small boy named I* (name withheld)  and tell his story. When he first came to camp two years ago, he was seven years old. His mother was in the hospital undergoing cancer treatments. His father had long since abandoned them. Angry, defiant, he required constant supervision and discipline. During a swimming excursion, he almost drowned due to disobedience. Michael and Lorna never expected to see him again. But the next year I* was back—and this time he accepted Christ. Visiting Centro Maranatha today, it’s hard to reconcile the smiling, eager nine-year-old back for his third year with that heartbroken, angry small boy.

Even as Michael and Lorna answer questions about their ministry, they are interrupted. Counselors have found a small girl crying. Lorna bustles away. By lunch-time, another soul has entered the kingdom of God.

But if seeing children and adults come to Christ is exciting, so is watching the difference long-term Bible teaching and discipleship have made in lives—along with the fellowship of other Christians.  With Centro Maranatha now in its 27th year, both the Lines and Ralstons have been struck with how many campers from both Christian and non-Christian homes come back year after year, first for children’s camp, then youth. Many return eventually as counselors and camp staff.

The result is friendships that last a lifetime. If Catholic cathedrals stand empty, evangelical protestant churches rarely surpass 50 people and are far apart. Too many children and teenagers at camp are the only Christian youth in their churches. Coming together with other Christian youth at camp encourages them that they aren’t alone and forges friendships that last a lifetime, carried on by letter, phone, and email when camp is over.

Not to mention marriages. Jim Lines says he’s lost count of how many Christian couples have met their spouses at Centro Maranatha over the years. “I don’t know how many lives this camp has touched for eternity,” he adds, “but we are so thrilled to be able to build into the lives of people.”

And that includes Centro Maranatha’s neighbors. Some years ago, the camp began inviting community residents to an annual feast and program. That led to an area Bible study.  With no evangelical church in the area, the goal is to see a church develop at Centro Maranatha. In Italy’s hard spiritual soil, that will take time and persistence. But the same love of God that prompted an elderly couple to pour time and effort into a small boy that was not their flesh and blood compels both Jim and Fran Lines and Michael and Lorna Ralston to continue investing their own lives that the people of Italy too may come to know the saving grace of Jesus Christ.