By: Jeanette Windle with Arnold Maviya 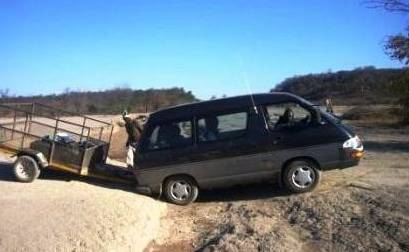 Zimbabwe (BCM World) — It had already been a long day for BCM Zimbabwe missionaries Arnold and Paulin Maviya. After finishing up a children’s ministry event in the remote village of Gokwe, they’d headed their elderly van back down the dirt road towards their home in Victoria Falls. But the road was deeply rutted and rocky, and eight hours later, they’d covered only

120 kilometers (80 miles). Growing hunger impelled them at last to stop the vehicle. Building a small fire, they began preparing a simple meal.

That was when sharp, insane cries informed the couple that they were not alone. A grotesquely misshapen furred creature slunk into the fire light. Then another. Hyenas drawn by the scent of cooking meat. As a full half-dozen skulked into view, Arnold picked up an axe, standing protectively over his wife as she hurried to finish her cooking.

“I had a busy day that time,” Arnold shares simply. “Fear was also over all my body, but we could do nothing but finish cooking, then leave the place.”

Arnold’s brother Garikai, also a BCM missionary, was walking the ten kilometers to another children’s ministry when a pride of lions raced into sight. Fortunately, he was sharing the landscape with a herd of cattle. While Garikai managed to escape unharmed, the lions slaughtered six cows.

Fending off hyenas, walking ten kilometers through lion country, taking elderly vehicles into remote terrains never designed for tires are just a few of the challenges facing the leadership team of BCM’s newest ministry field, Zimbabwe. They count the rewards to far outweigh the challenges.  Ten thousand children hearing the good news of Jesus Christ. Whole families placing their faith in Jesus Christ. Entire villages being changed by the impact of the gospel.

A landlocked country situated just north of South Africa, Zimbabwe was once the white-ruled republic of Rhodesia. Since attaining full independence in 1980, Zimbabwe has been under the rule of President Robert Mugabe. While Zimbabwe is rich in exploitable minerals and home to a major tourist attraction, the famed Victoria Falls, political violence, extreme income inequality, high unemployment, lack of clean water, adequate nutrition, or health services have left Zimbabwe with one of the planet’s lowest life expectancies.  All aggravated by an AIDS epidemic that has left almost 20% of the population HIV positive.

If there is hope, it remains in the only Source who has ever changed troubled countries—and hearts. 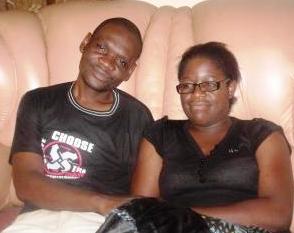 BCM Zimbabwe director Arnold Maviya was born in 1977 into a Christian home. But personal faith didn’t come until after he’d finished his university education when he met a pastor who for the first time explained to Arnold the person of Jesus Christ in a way that seemed real. Accepting Jesus as Lord and Savior, Arnold soon felt God calling him to ministry. Through one-on-one evangelism, he started a church in the town of Victoria Falls. The church grew.

Then in 2003 Arnold met an American Christian, Stephen Fiske, who was interested in reaching children in the slums around Victoria Falls. With almost half Zimbabwe’s population under age 15, Arnold too was quickly gripped by the urgency of reaching this vulnerable segment of the population. Most of the children they encountered were very poor, fortunate if they could eat once a day, lacking clean drinking water in their villages, or uniforms and supplies to attend school. By then Arnold had already started two more churches in Victoria Falls and nearby rural areas. As Arnold’s focus shifted to children’s outreach, his brother Garikai helped with pastoral responsibilities during his absences.

Interlink Children Ministry Zimbabwe was formally organized in 2005. God raised up a team of 8+ other leaders to join Arnold, including his brother Garikai, Innocent Sibanda who pastors and works with children in Victoria Falls, Samuel and Susan Gama who serve in children’s ministry and pastor a church in the town of Masvingo, along with children’s ministry trainers Solomy Shumba, Mavis Phiri, Leonard Mlauzi, and Arnold’s own wife Paulin. Married in 2008, Arnold and Paulin now have one daughter.

In April 2013, ten of the Interlink team attended BCM Africa’s missionary candidate orientation in South Africa and were commissioned as BCM’s first missionaries in Zimbabwe. What led them to join BCM? Arnold Maviya shares one reason: “We felt the need to belong to a bigger organization, so that we will be covered in prayer by many people.”

With BCM International’s own heritage of reaching the 4-14 Window (that age between 4-14 when over 80% of those who respond to the gospel accept Christ as Savior), it is a privilege to welcome the Zimbabwe team into the BCM ministry family. Interlink’s chief focus is training children’s ministry leaders to work with children and to start Bible clubs and children’s churches. To date the team has started more than 500 Bible clubs, mostly in rural areas and small towns, with a total attendance of over 10,000. 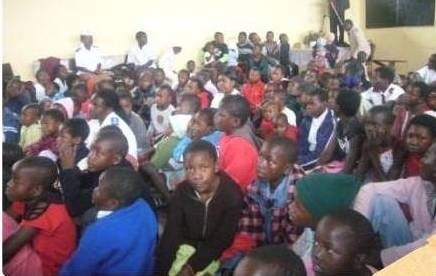 For a typical children’s training outreach, several Interlink trainers arrive at a central location or village for five days. Arnold explains, “We train local Christian leaders how to build relationships with children, how to tell Bible stories in an interesting way, focusing on truth, challenging children to receive Jesus. After each training session, we go with trainees into the villages to show them how it is done with children. On the last day of our training, all the children reached during the five days are invited to the central gathering point for a special celebration. By the end of training, each trainee will have a group of children they will continue with after we’ve left. We encourage them to bring these children to church and ask the local church pastor to monitor and encourage these children’s workers.”

Countless lives throughout remote villages of Zimbabwe have already been touched through the Interlink team’s outreach. Among them the family of one young Bible club student. Infected with HIV through nursing her own mother, the girl returned to her grandmother’s village in the remotest area of the region. Only 17 when she died, her last words were that God had told her  to start a church there. When her grandmother shared her petition with Interlink missionaries, they arranged for a ministry team to visit the village. The result was a church that is now the largest of Interlink’s ministry outreaches. 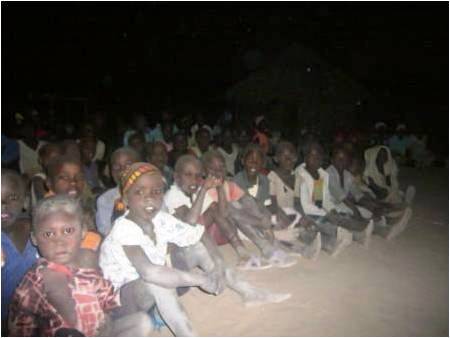 Children’s event in the dust

Another family approached BCM missionary Garikai, Arnold’s brother. Two of their family members, a father and young son, had gone suddenly insane, hitting, biting, eating strange objects and metal, until they’d grown so violent they had to be put in chains. Accepting the family’s plea to visit their village, Garika prayed for the pair. Both were instantly healed and gave their hearts to Christ. Today the father SaMpumelelo is a deacon in the church that grew up there, while his young son Mpumelelo uses his literacy skills to read the Bible to elderly villagers who cannot read.

With so much poverty, the Interlink team addresses physical as well as spiritual needs, holding feeding programs in conjunction with Bible clubs, raising funds to buy school uniforms, Bibles and other needs. But so much more remains to be done. The BCM Zimbabwe field shares two specific goals and prayer needs:

The Zimbabwe team’s ultimate vision is to build a bigger team that will be able to reach more people. A vital step to making this happen is a central facility where leaders could be brought in for training, alleviating the current hazards and difficulties of traveling all over the country.

A major contributor to child mortality is the dirty water that is all many villages have for drinking and cooking. A single bore well will can provide enough clean water for 200 families. It also permits families to grow cultivate garden produce for their own nutrition and to sell.

For all the needs, BCM Zimbabwe director Arnold Maviya emphasizes, “In Zimbabwe, our greatest need is to reach people with the gospel.” And that is just what the BCM Zimbabwe team is doing on a daily basis.

Click here to donate towards the Bore Well Project.