By: Jeanette Windle with Roger Espinoza

Roger Espinoza was seven years old—and hungry—as he listened to his Sunday school teacher Wilma explaining the significance of each color in the Wordless Book. The date was June 23, 1974, and the hour was well past mid-day by the time the class ended in the Bolivian highland city of Cochabamba where the Espinoza family lived. The teacher closed with an invitation for any child who wanted to know more about Jesus to stay behind.

“I was very hungry,” Roger remembers, “but my spiritual hunger to know how God could forgive my sins was far greater. So I stayed behind to understand what this gospel in the Wordless Book was all about and to give my life to Jesus. My teacher Wilma’s example in sharing the gospel with children and a life dedicated to Christ has motivated me to the present day to the ministry of sharing the gospel with boys and girls.”

As a teenager, Roger prayed that God would show him God’s will for his life. One day while reading his Bible, he was caught by one verse in particular—Matthew 18:14: “Even so it is not the will of your Father who is in heaven that one of these little ones should perish.” The Holy Spirit laid on his heart that God was calling him to children’s ministry. 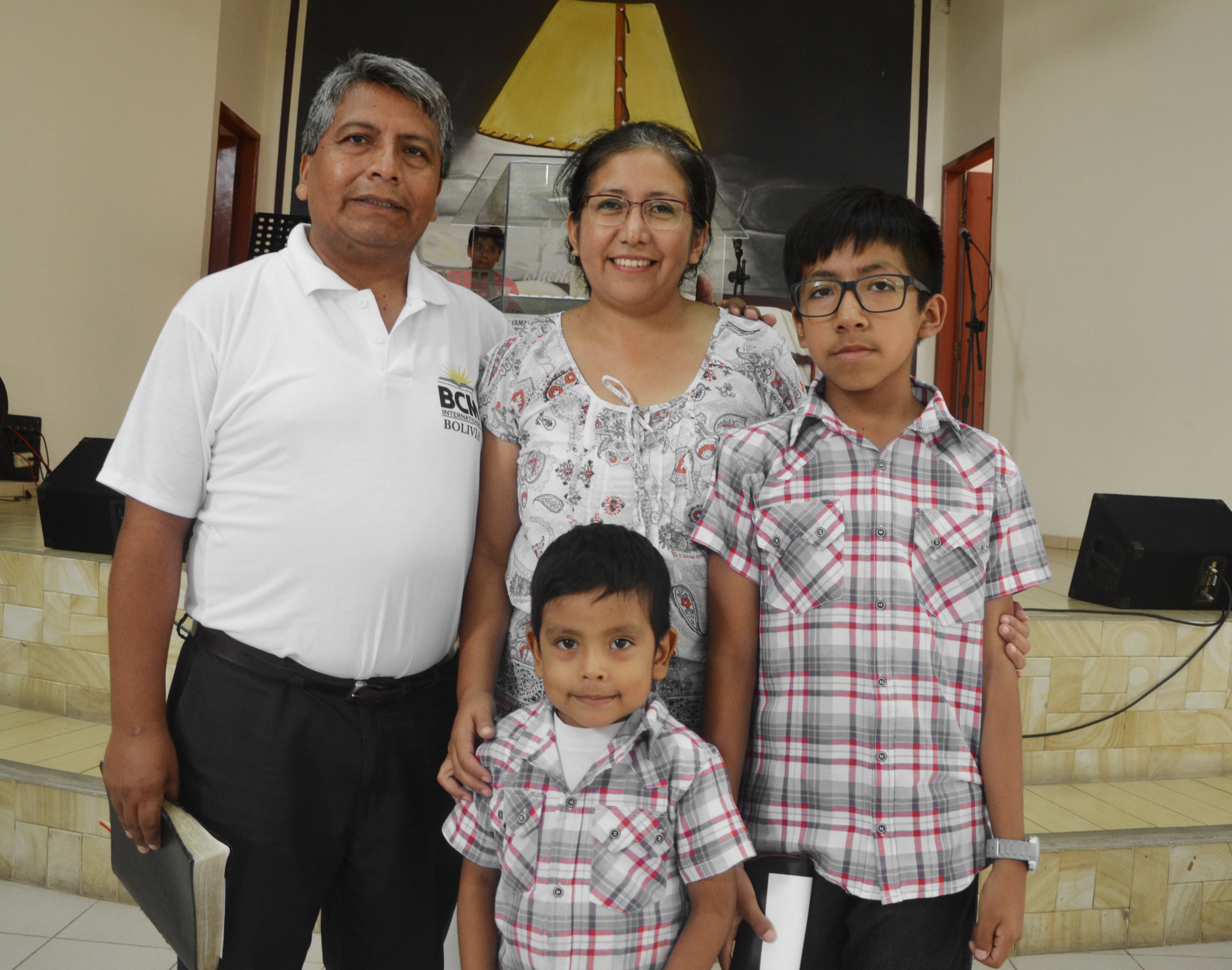 Roger has remained faithful to that call ever since. He served first as an Awana (OANSA) leader (see Partnering with Awana in Bolivia), then attended a number of children’s ministry training courses. Over the next years, Roger began teaching Bible classes in his city’s public schools as well as several private ones. One frustration was a lack of materials or Bible curriculum. One day he passed by a small Christian bookstore that was going out of business. Among the sale items were some children’s Bible materials that used flannelgraph. Though it cost him two months’ salary, he purchased the set. He has never regretted that investment.

“It is still my most prized teaching material,” Roger says.

Those eight volumes were BCM’s core Genesis to Revelation children’s Bible curriculum Footsteps of Faith, translated into over forty languages over the last seventy years, including Spanish. The curriculum was Roger’s first contact with BCM. Then he learned that a BCM short-term missionary, Susan Sanderson, had come to his city and was offering training courses and material to start children’s Bible clubs. He finished BCM’s In Step with the Master Teacher (ISMT) training and began establishing Bible clubs and training children’s ministry leaders across the nine provinces of Bolivia from the highland mountains to the lowland plains and Amazon jungle region. 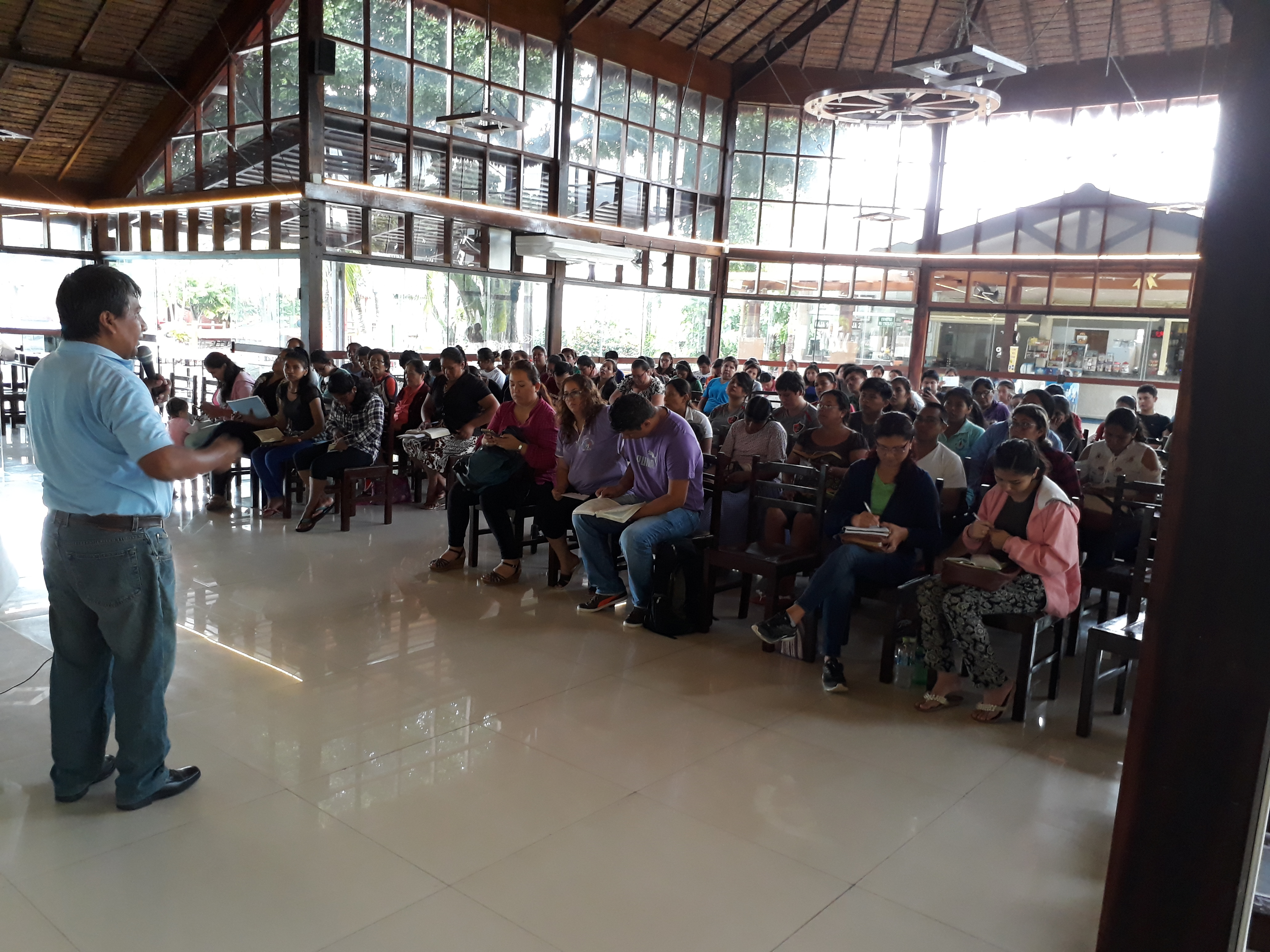 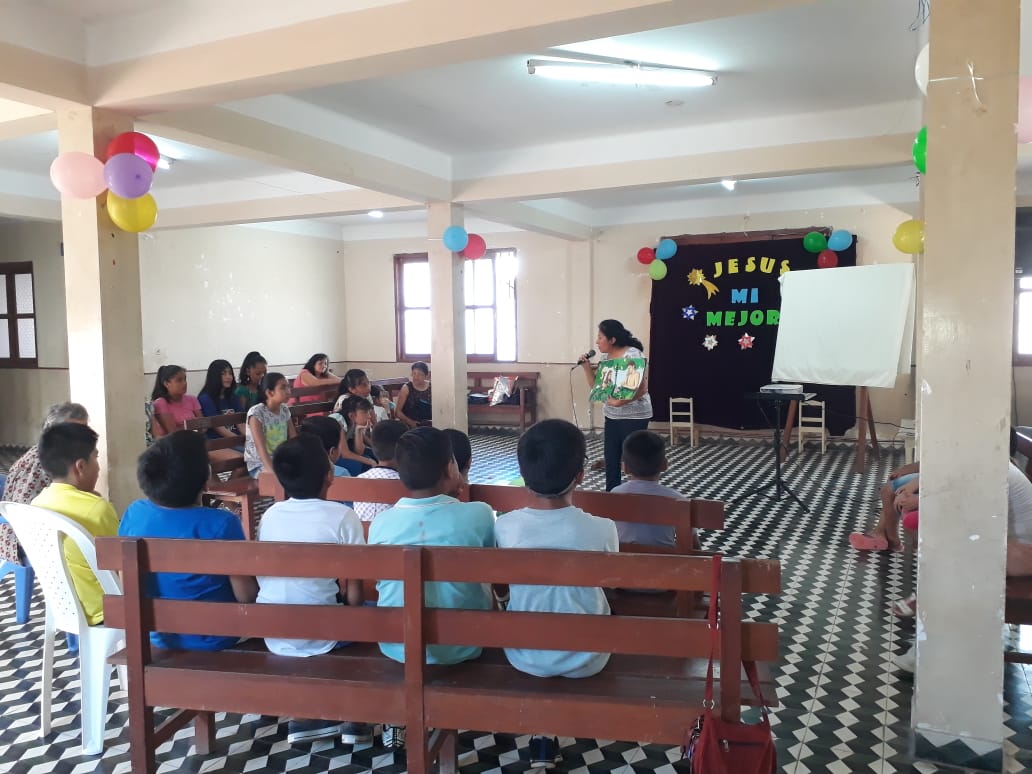 “I prayed for two things,” Roger shares. “First, that I might reach every province in Bolivia to preach to children who don’t know Jesus. Second, that if this ministry was God’s will for my life, I would see fruit of children coming to God. More than twenty-five years later, God has abundantly answered my prayers. I have seen a generation of children who have come to Christ and have now grown up to become university professionals, ministry leaders and pastors, even missionaries outside Bolivia. There remains one province—the Pando in the Amazon—where I have not yet reached, but I am praying God will soon open that door.”

In 2002, Roger married his wife Cesia Flores. That same year the couple completed BCM candidate orientation and were appointed full-time BCM missionaries in Bolivia. Since then Roger and Cesia have both served in establishing Bible clubs as well as training children’s ministry leaders through ISMT. They also moved from their Andes home of Cochabamba to Santa Cruz in the scrub jungle lowland region, Bolivia’s largest city with more than two million residents, where they have founded an active network of Bible clubs and children’s ministry training.

In January 2019, Roger took on a new role of national director for BCM Bolivia. He now oversees a total of eight BCM missionary families. Their areas of ministry focus include the Bible club program, children’s evangelism, and leadership training. They also have a strong vision for promotion of missions within the Bolivian church. Roger shares just a few of the unique ministry outreaches the BCM Bolivia team has been involved with recently.

A few months ago, BCM missionary and pastor Dr. Joni Marca spearheaded a conference attended by more than ninety church leaders on the theme of developing a missionary-sending vision within the Bolivian church. The conference is now being repeated in a number of Bolivia’s cities and towns. Dr. Marca is also part of a group of Bolivian church leaders traveling to Africa and Asia to minister to Bolivian missionaries already serving there as well as to seek God’s guidance as to where other Bolivia missionaries might serve.

Another BCM missionary couple, Fernando and Marilyn Fernandez, both medical doctors, evangelize young people in the public schools through health education, abstinence, and pro-life courses they teach. To date, they have had more than seven hundred participants, of which they have seen forty-eight surrender their lives to Christ. They also work with rape and abortion survivors as well as single mothers, not just sharing the gospel, but helping them through emotional and spiritual healing as well as job education until the women can support themselves financially.

Another BCM couple, Freddy and Lizet, takes advantage of holiday relaxation of prison protocols (see Remembering the Prisoner in the Name of Jesus) to hold special outreaches for parents and children who are incarcerated together in Cochabamba’s San Pablo prison. More than fifty have come to know Christ. They have also headed up the translation of ISMT into Quechua, a people group of more than ten million descended from the Incas, for use in hundreds of Quechua churches throughout Bolivia, Peru, Ecuador, and elsewhere.

Bolivia is the poorest country in South America, and extreme poverty, malnutrition, violence, drug dealing, and a growing drug addiction problem add their own challenges. Bolivia also has the highest teen pregnancy rate in Latin America. A serious breakdown in nuclear families as well as the historic societal control of the Catholic church as a state religion has left a great void in moral instruction, especially in areas of sexual purity. Sadly, sexual abuse of minors has also skyrocketed.

Because of such needs, Roger Espinoza and the BCM Bolivia team see the value and urgency of ministering to social needs as part of their evangelism strategy. In 2018, the Espinozas were able to work with four public schools involving more than four hundred elementary students, teaching a biblical perspective on caring for their bodies, abuse prevention, abstinence, and “just say no!”. Each child also received a package of school supplies and Bible material. Already other public-school administrations have asked the Espinozas to bring this program to their own schools in this coming year.

As the new national director for BCM in Bolivia, Roger asks for prayer for the BCM Bolivia missionary team to have spiritual wisdom as they plan for the future. This includes partnerships with other denominations and ministry organizations to work together in training children’s ministry leaders as well as pastors.

“The church in Bolivia has experienced great growth,” expresses Roger, “and with that growth has come a great need for raising up well-trained leadership—for adults as well as children’s ministry—to lead the Bolivian church into the future.”

He also asks prayer for the financial needs of the BCM missionary families, most of whom are working other jobs to support their families as well as to pay the costs of ministry travel and outreach. A final request is to pray for more local Bolivia volunteers for the ministry of Bible clubs, camps, and VBS, as well as full-time missionaries, whether from Bolivia or from other countries, to aid in the great task of evangelizing Bolivia’s children and meeting the needs of the local church.

From long experience, Roger has no doubt God will answer these prayers. “My family and I travel to distant zones overland from Santa Cruz to help the churches that invite us. Over and over we have seen God’s protection as we travel. Our resources are often scarce, especially for gas and travel expenses to reach other cities. But we have committed as Scripture tells us to ‘walk by faith and not by sight’ (2 Corinthians 5:7). As we have done so, we have experienced again and again the powerful provisionary hand of our God, whom we serve with great joy.” 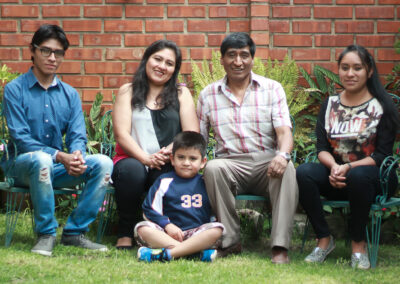 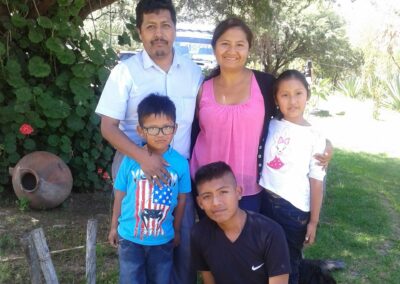 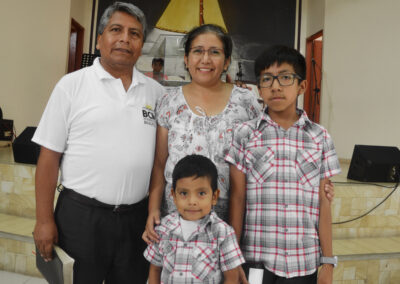 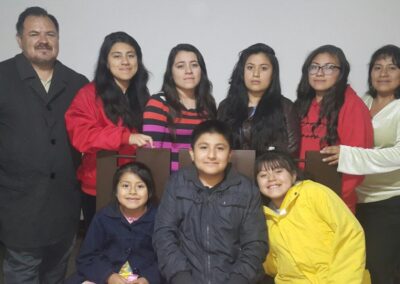 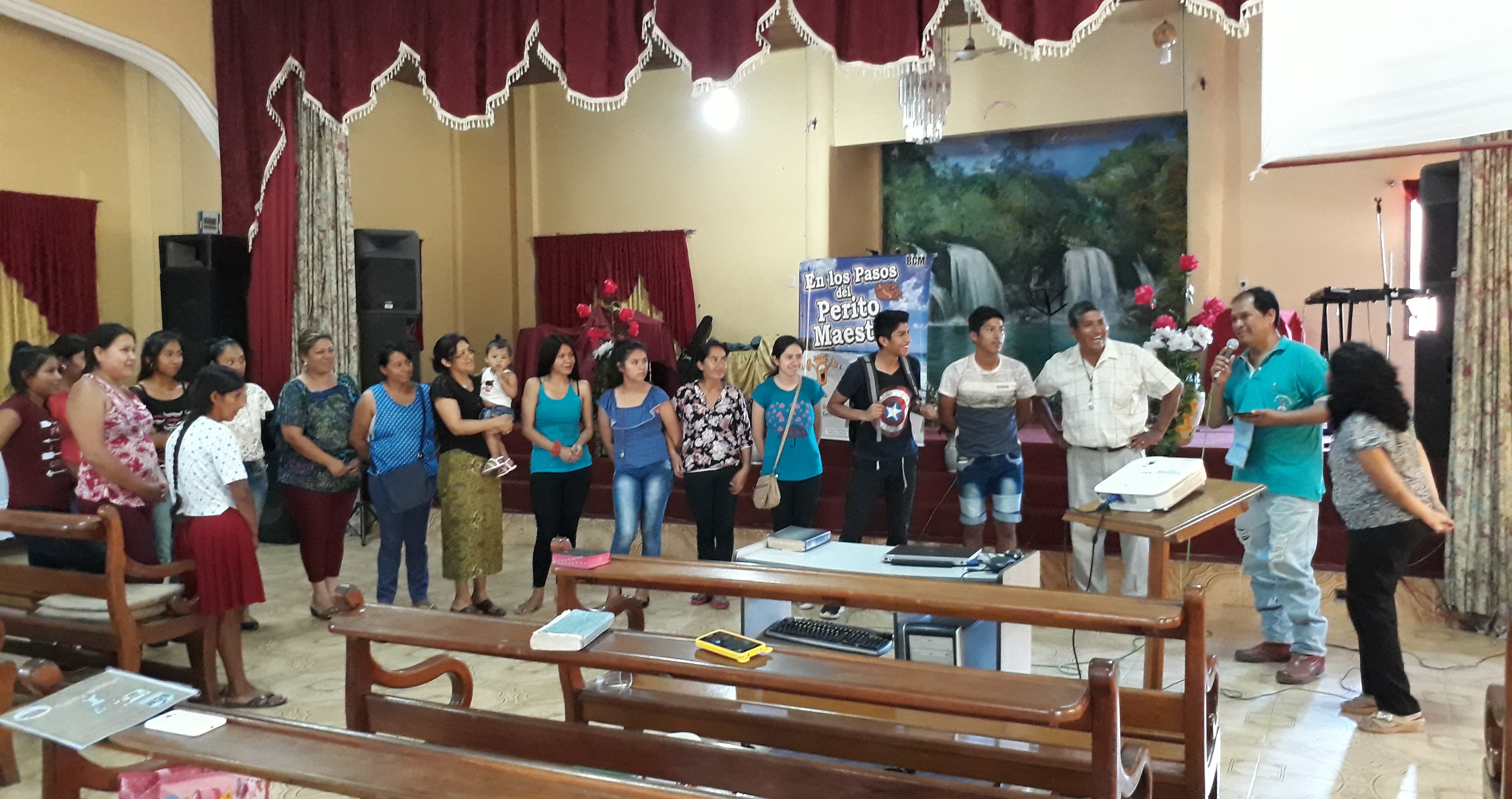