A ROYAL CELEBRATION FOR BCM PHILIPPINES 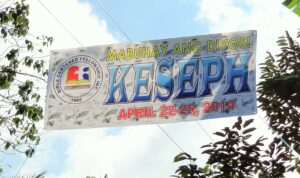 Each day of the conference, attendees listened to challenges from God’s Word by a variety of speakers. Traditional dance troupes in regional Filipino clothing were part of the worship time. Praise music was sung in three different Filipino languages—English, Tagalog, and Cebuano.

Bible Centered Fellowship Inc. (BCFi) is the church planting ministry of BCM Philippines. Miss Bessie Traber, the founder of BCM international, was a missionary to the Philippines when forced to return to the United States due to illness. She began what was then the Bible Club Movement in Philadelphia, Pennsylvania. As BCM expanded internationally, Bible clubs caught on in the Philippines. Originally, BCM Philippines consisted of only a few Bible Clubs and home Bible study groups. The three main Bible study groups developed into churches and were incorporated into what is now BCFi. Today, BCFi has planted more than a hundred churches.  Sixty of these are among largely unreached tribal groups across the island of Mindanao. 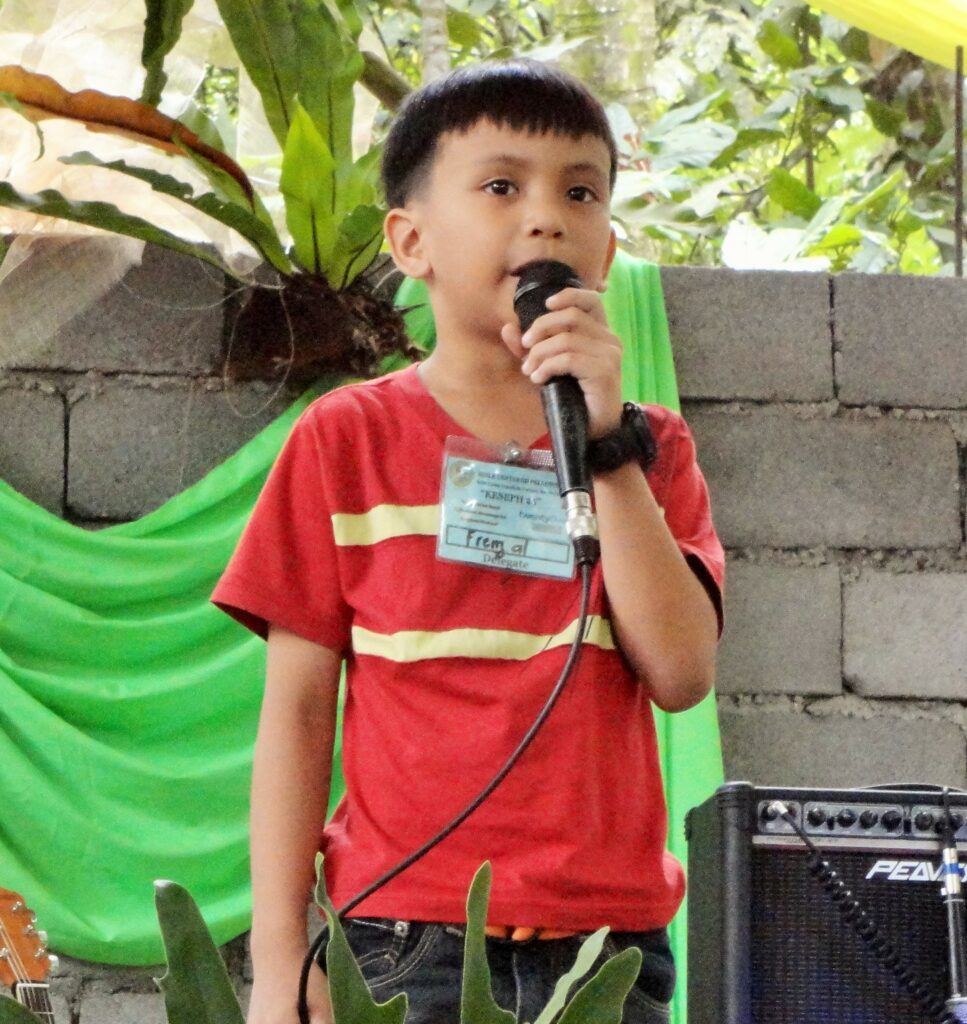 The celebration constantly returned to BCFi’s vision statement. Rev. Joe Dukes, BCM’s Vice President, who was in attendance, says, “One aspect of the daily meetings during KESEPH 25 was that various individuals or groups quoted the BCFi Vision & Mission Statement from memory. This included a group of children in full unison and another time one single little boy.”

BCFi’s vision statement is: “To see the Kingdom of God established in every community where there is BCFi ministry – thus making the local BCFi church a visible manifestation of the Kingdom of God and a catalyst towards a society where love, justice, and righteousness reign, where there is progress and prosperity (abundant living), and where peace and goodwill prevail among its people and environment; wherefore Jesus Christ is recognized as King of kings and Lord of lords.”

In a land of more than 7000 islands and 98 million people, this vision can seem a daunting task. Upwards of 200,000 children live on the streets just in the city of Manila and its surrounding districts. Most BCFi churches are linked to some type of outreach to street children. As well, the BCM Philippines ministry is organized to undertake TRU ministry: T – Tribal; R – Rural; and U – Urban. 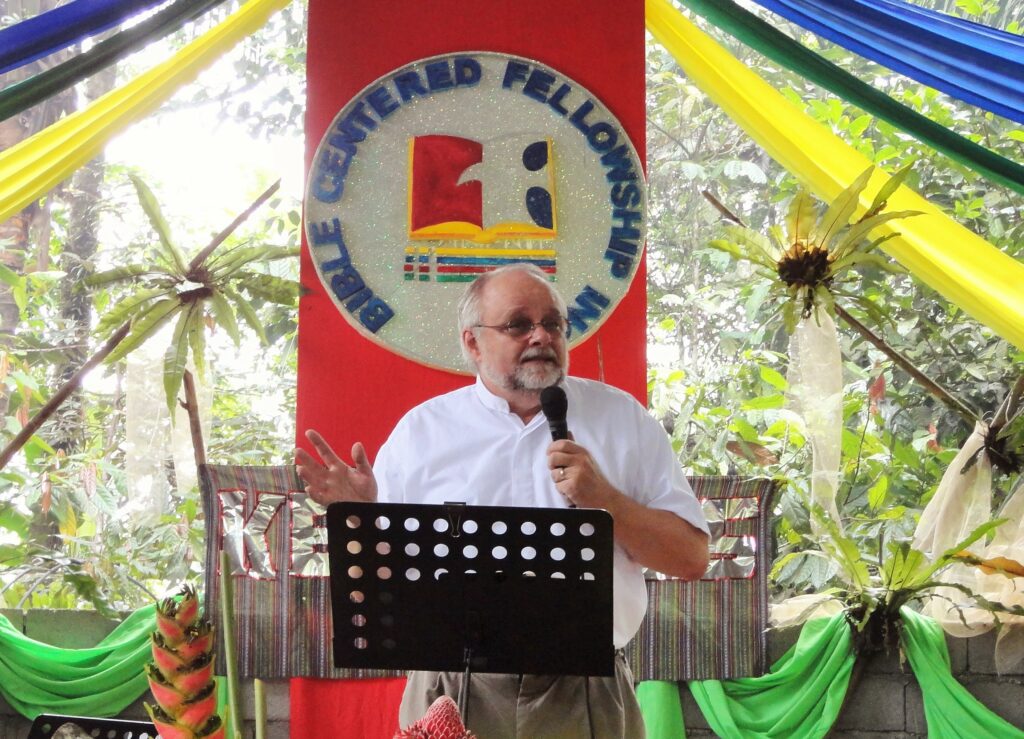 The Keseph 25 celebration came at a good time for the BCM Philippines family. Recent months had been filled with immense pain, and deep-set need was felt of spiritual healing and encouragement to continue on in ministry. In September, 2013, BCFi’s Chief National Overseer, Bishop Vernon de Jesus, had presided at the funeral of the 12-year-old daughter of a BCFi pastor in Metro Manila. Two weeks later, Bishop de Jesus himself unexpectedly entered into the presence of his Lord. Then, in January, 2014, the global BCM family mourned the sudden loss of Dr. Vararuchi Dalavai, BCM’s Senior Executive Vice President of International Ministries. This was the first year Dr. Dalavai was not involved personally to raise funds for BCFi ministry workers to attend the annual conference. Ultimately, God did provide marvelously for more than 260 to be able to attend.

BCM president Dr. Marty Windle along with VP Joe Dukes represented international BCM leadership at the celebration. Dr. Windle was keynote speaker at three of the five conference Bible sessions.  On Easter Sunday, he also spoke at a joint celebration of BCFi congregations in Metro Manila, encouraging the 400+ in attendance to continue forward in the Kingdom Mission as laid out in their vision statement.

Dr. Windle also spent time meeting with the BCM and BCFi leadership, encouraging them and affirming the appointment of new BCFi leadership. They prayed over the future and made plans and decisions to further the ministry of BCM Philippines. 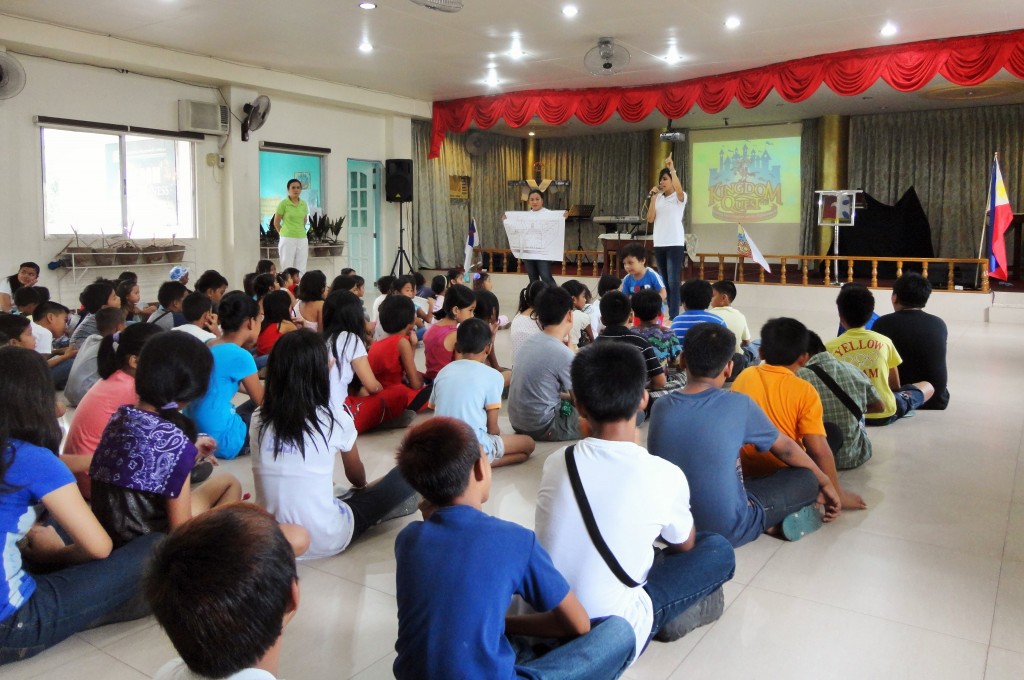 Rev. Joe Dukes spoke also at one of the conference sessions and at a youth worship service. He visited as well one of the Vacation Bible Schools (VBS) that BCFi churches hold to reach neighborhood children with the Gospel in April and May, which are summer vacation months in the Philippines. BCM Philippines is successfully training lay people in effective children’s ministry by way of BCM’s teacher training program, In Step with the Master Teacher. Their vision is to reach many more children across the Philippines as well as plant additional churches. Pray for the 100+ missionaries of the BCM Philippines ministry team, especially with the recent change-overs of leadership.

Among the goals shared at the Keseph 25 conference is the vision to plant a church in the same locality where Miss Bessie Traber, founder of BCM International, ministered during the 1940s, an area that in all the decades since her leaving has seen little Gospel witness. A BCFi church-planting couple is already available to begin this ministry, but they are in need of financial support for the first 3-5 years with the aim that the church plant itself would by then be able to fully support a pastor. Full support for this ministry couple is $150 monthly. Pray for this specific financial need.

To participate in the Bessie Traber church plant, a one-time donation or monthly pledge can be made HERE.