Looking to the Next Half-Century at Cortland Bible Club Camp 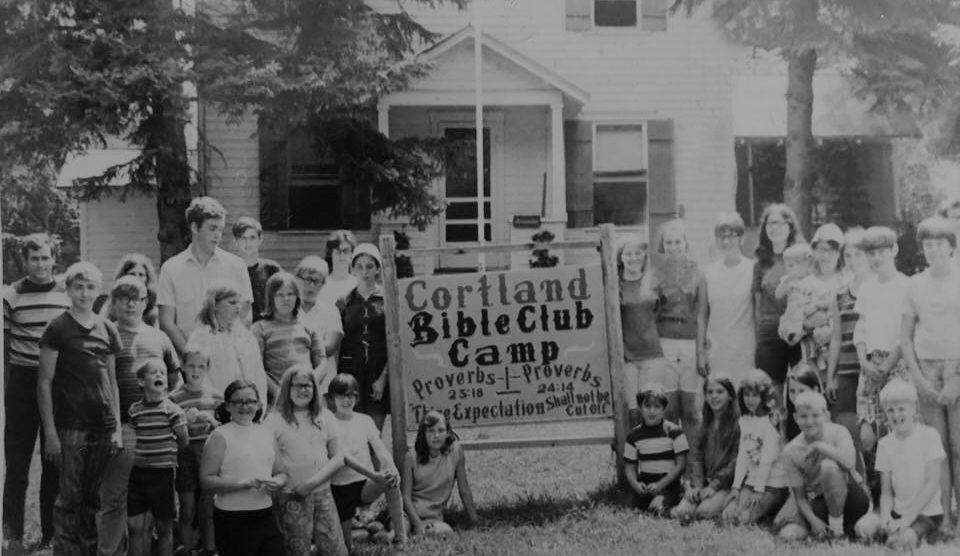 By: Jeanette Windle “Cortland Bible Club Camp has always been a huge part of our family,” shares former CBCC director George Mekeel. “My wife Theresa and I both had older sisters who attended the very first camp in 1968. Theresa and I both attended for the first time in 1973. I was eight, but she was only seven, a year too young, so camp director Roger Steele had to give her special permission to attend. For the past fifty summers, there has always been someone from our family at camp—whether Teresa and me, our children, even this past summer two of our nephews.” George and Theresa Mekeel had joined their predecessors, Roger and Barbara Steele, as well as current camp directors Dan and Jeannette Rhoda the weekend of August 17-18, 2018, along with two-hundred-plus former and present camp staff, counselors, and campers to celebrate the past half-century of CBCC camping ministry. 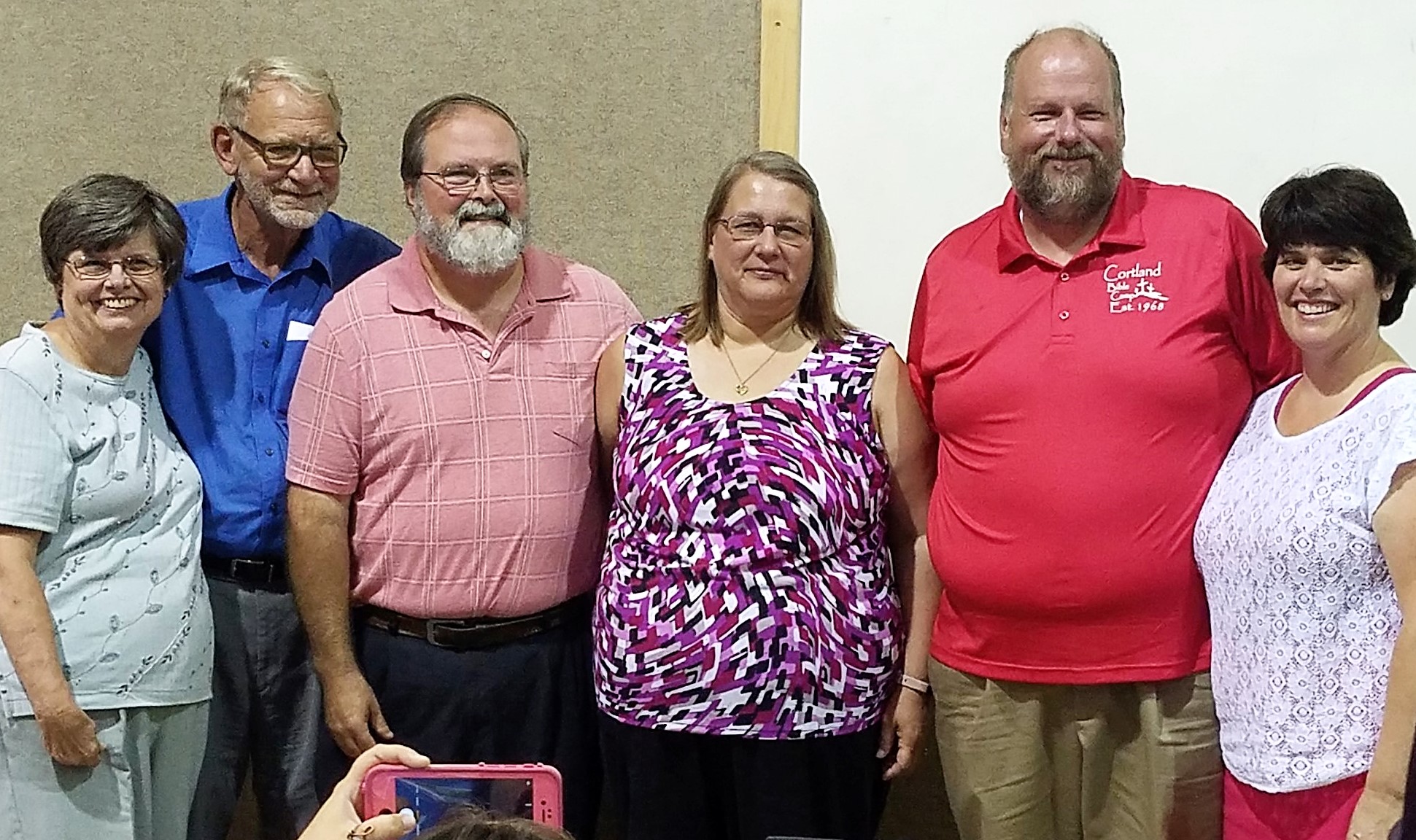 That ministry began when several BCM missionaries working with Bible Clubs in central New York recognized the spiritual value of offering their clubbers a week-long summer camp as follow-up to the school year Bible clubs. A search led them to a run-down farm property set against a wilderness backdrop of rich, green forests and rolling hills, and Cortland Bible Club Camp was born. For the first five years, the property was tended by caretakers, Mr. and Mrs. Penner, and BCM missionaries Alice Rasmussen, Eleanor Tromsness, Brena Price, Jeanne Schaufelberg, Jan Aucomagh, Barbara Van Valkenburg, as well as other Bible club missionaries and volunteers, would travel in for the summer months to host children’s camps 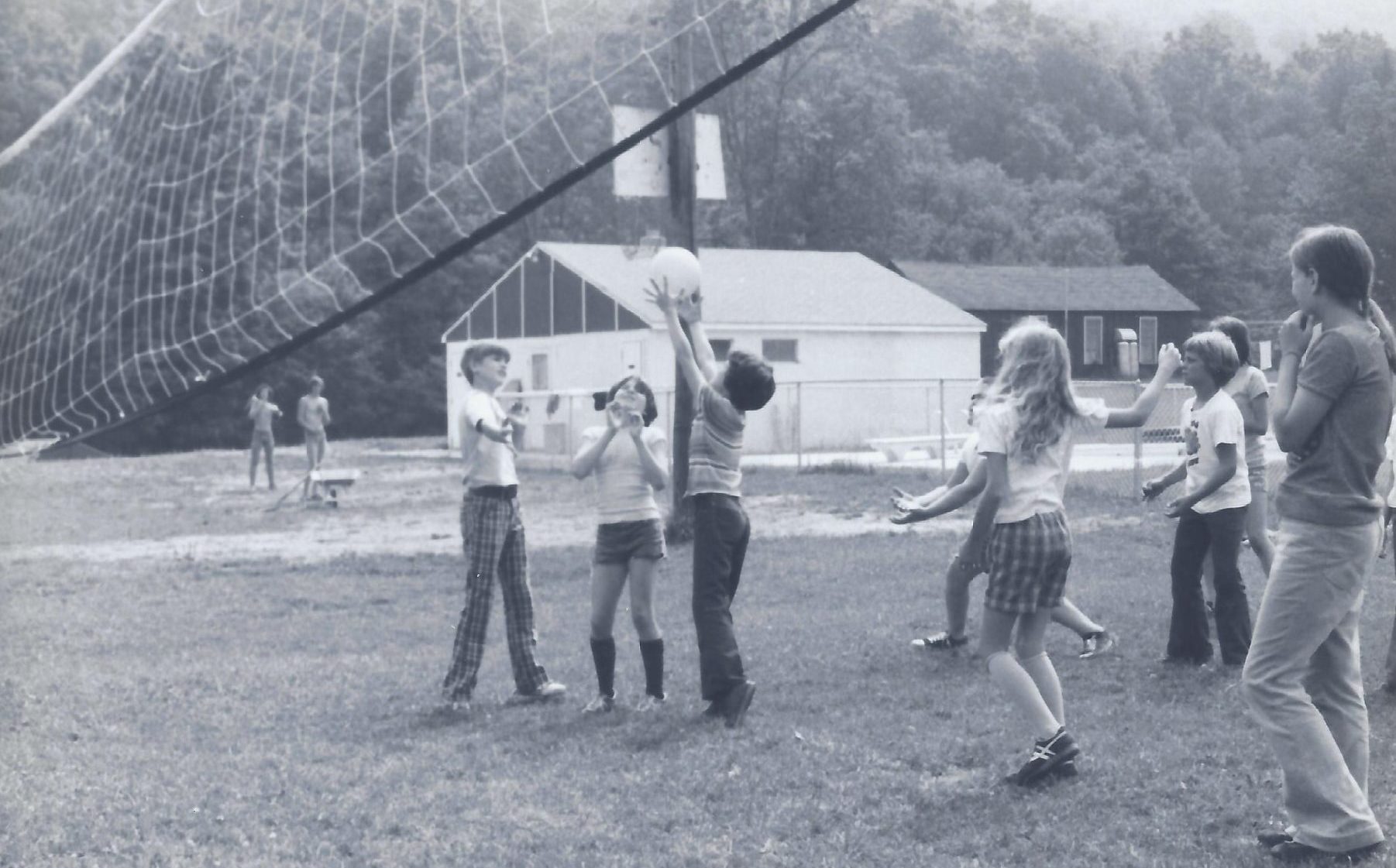 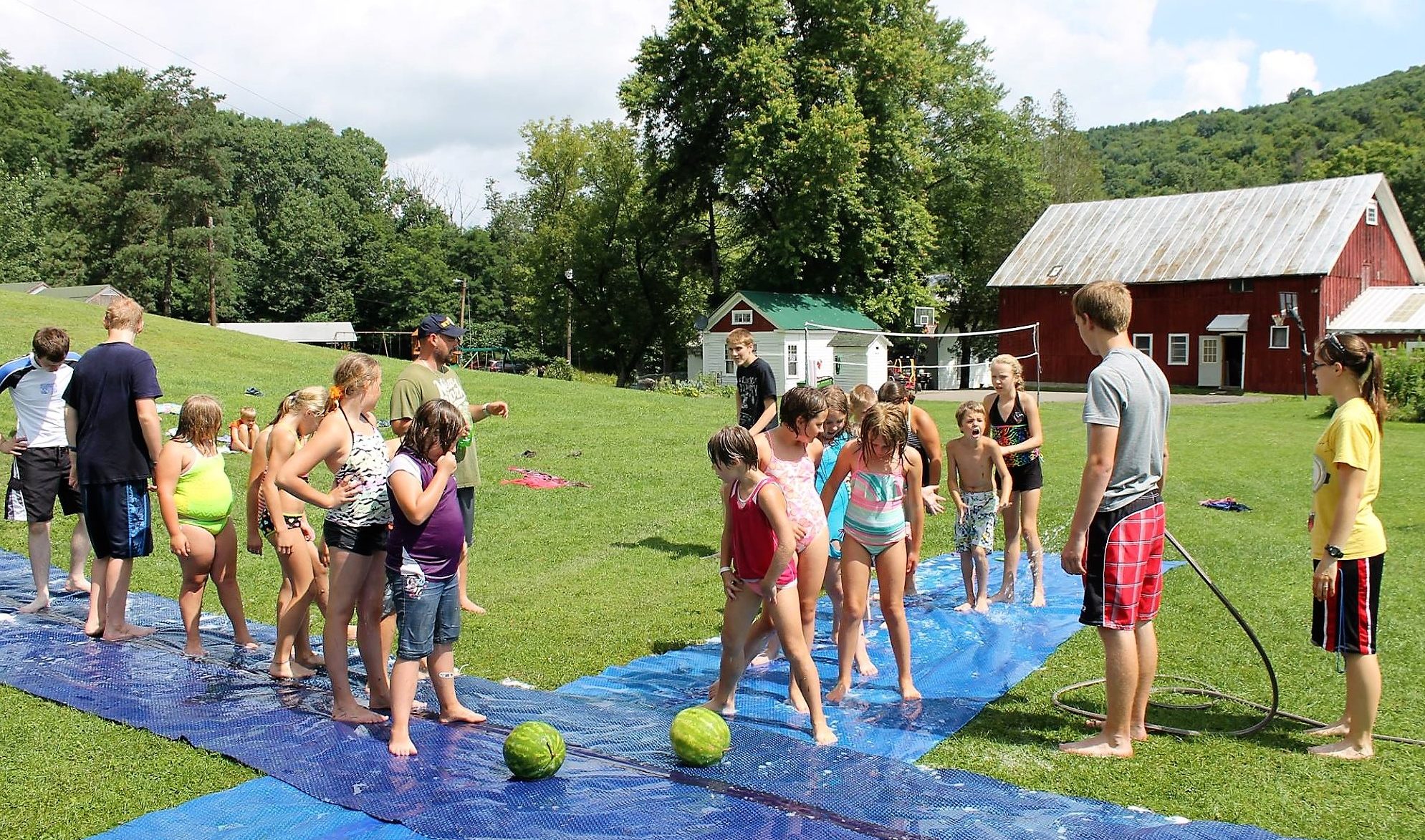 In 1973, Roger and Barbara Steele moved to the Cortland property as CBBC’s first full-time directors. For the next sixteen years, they introduced their own growing family as well as several thousand children to the joys of camping and the gospel message. With fulltime leadership, the camp expanded to winter youth and church retreats and other year-round activities. “Over those years we saw at least ten thousand campers come through CBCC,” shares Roger Steele today, “and countless hundreds of decisions to follow Jesus.” Among CBBC campers were life-time friends George Mekeel and Mike Miller. Mike’s first summer camp at age eight was 1970. Both George and Mike were campers until they aged out, then became teen maintenance volunteers, then counselors, and other camp leadership positions. While Theresa Mekeel was also at camp every summer, it wasn’t until she too joined camp staff that George and Theresa became close friends. By then George was camp program director and already committed to serving God in camp ministry. Theresa remembers well his original marriage proposal standing on the third base of Cortland’s baseball field: “How would you like to be a camp director’s wife?” At the time such a thought was the farthest from Theresa’s mind. But after their marriage, the young couple both joined BCM full-time as missionaries, and in 1989 at the age of twenty-four, George took over directorship of CBCC from the Steeles, a capacity in which the Mekeels served for the next twenty years. During those years and all the way to this past summer, there has always been at least one of their own children, nieces, nephews, or other family member attending CBCC. In 2010, Dan and Jeannette Rhoda took over as camp directors, moving to Cortland from a background of camping ministry in their home state of Maine. Under their leadership, CBBC continues to host six weeks of camps each summer along with youth and adult retreats, ministry events from scouting, Awana, or creation science, sports outreaches, and more throughout the rest of the years.
One factor that has contributed to Cortland’s ongoing successful ministry has been the faithfulness of countless volunteers, without whom a single full-time BCM missionary couple could never carry out the camp’s busy calendar. Many of today’s volunteers are second and even third generation at CBCC, starting as campers, then coming back as kitchen and maintenance helpers, counselors, summer staff. Among such is Mike Miller, who almost fifty years after his first summer at CBBC remains a vital camp fixture, including helping organize Cortland’s 50th Anniversary weekend.
This included two full days of CBBC alumni enjoying again many fun memories of Cortland camp life, including an archery contest, golf tournament, cookouts, swimming, hiking, riding the camp’s miniature train, favorite camp games, and a very special CBCC activity—ice blocking. What is ice-blocking and how do you play it at the height of summer? It involves a large block of ice, the hill used for snow sledding in winter, and the rest can be imagined! The weekend ended with a 50th Anniversary banquet at First Baptist Church of Cincinnatus. All three camp director couples—Roger and Barbara Steele, George and Theresa Mekeel, Dan and Jeannette Rhoda—were present, representing forty-five unbroken years of CBCC ministry, as well as all three couple’s adult children who’d grown up at CBBC. They along with many former campers and staff shared memories of how CBCC had impacted their lives. Emceeing the banquet, Mike Miller summed up, “There is simply no way we can comprehend how many lives have been changed through CBCC over the past fifty years. We will never really know the total impact until we get to heaven.” At the banquet were also many young new camp staff who had just finished a challenging six weeks of 2018’s summer camp program.  Barbara Steele, wife of CBCC’s first fulltime camp director Roger Steele, spoke of God’s faithfulness to Cortland in the hard times and the good times over the last fifty years, concluding with a heartfelt challenge to those leading CBBC into its second half-century of ministry: “God has always been faithful, and God will continue to bless this camp as long as its leaders are faithful to him.” 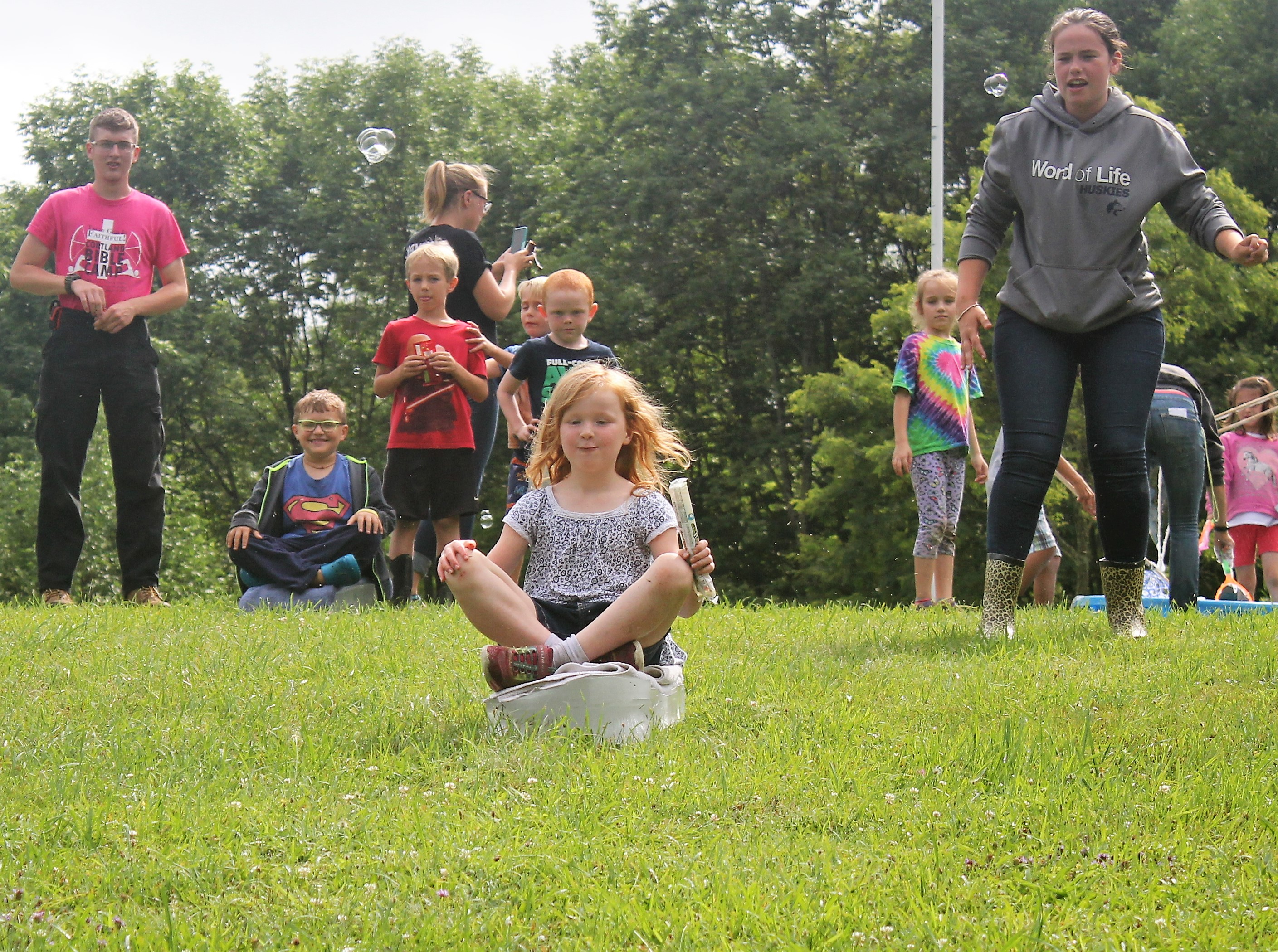 Ice Blocking at the 50th 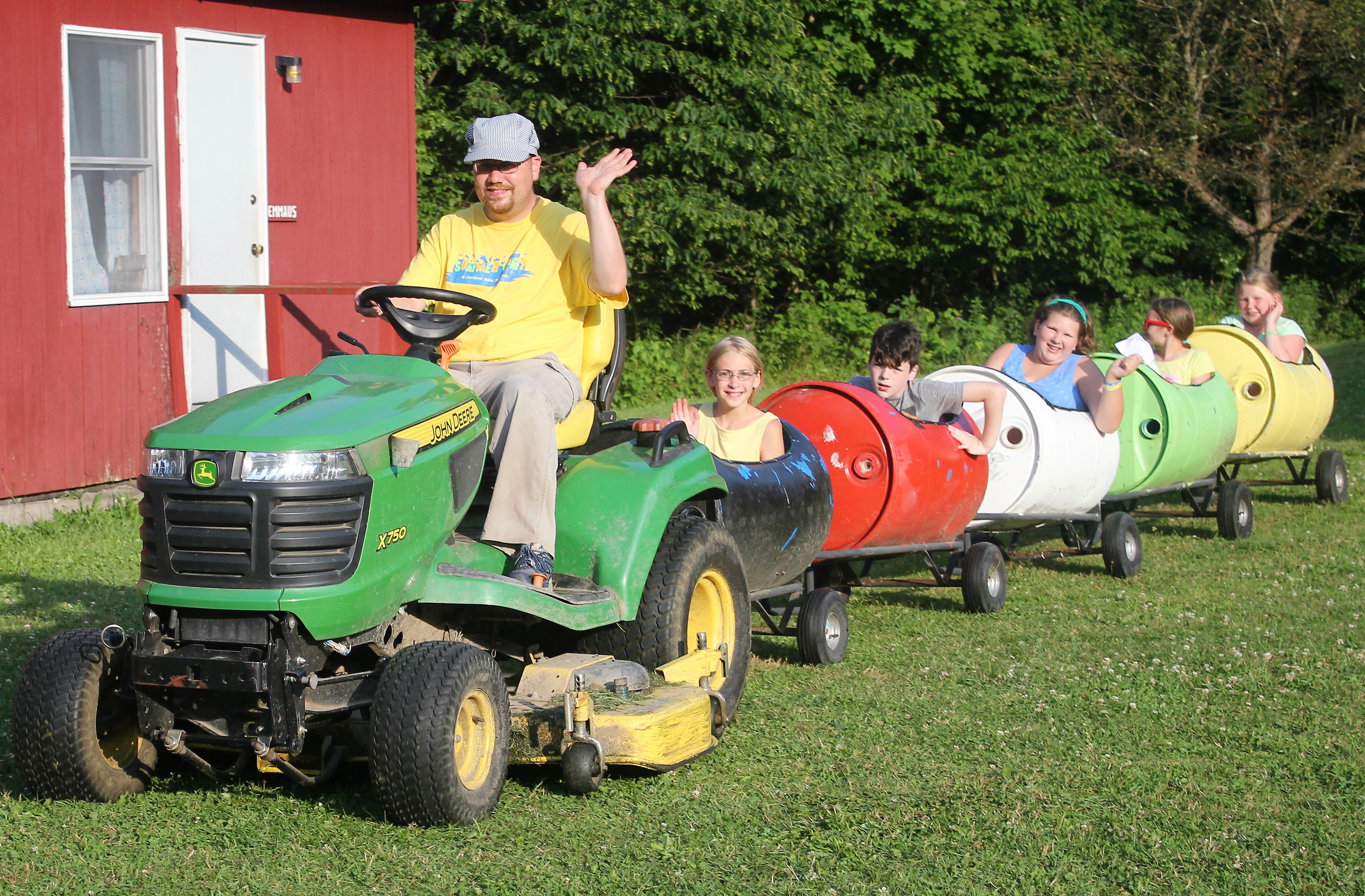 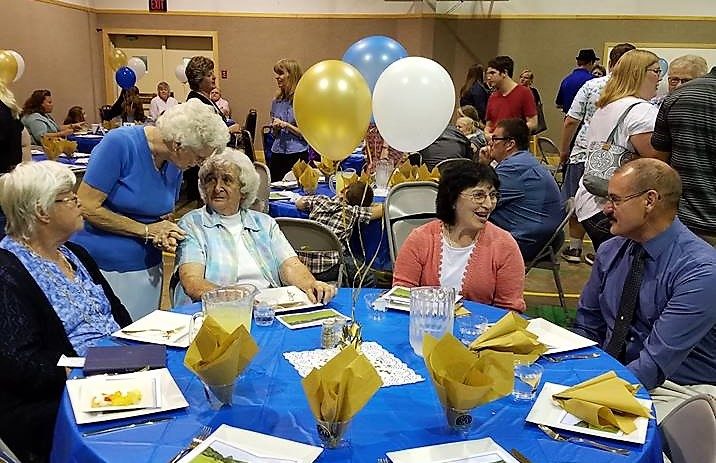 Former campers and staff catch up at CBCC’s 50th 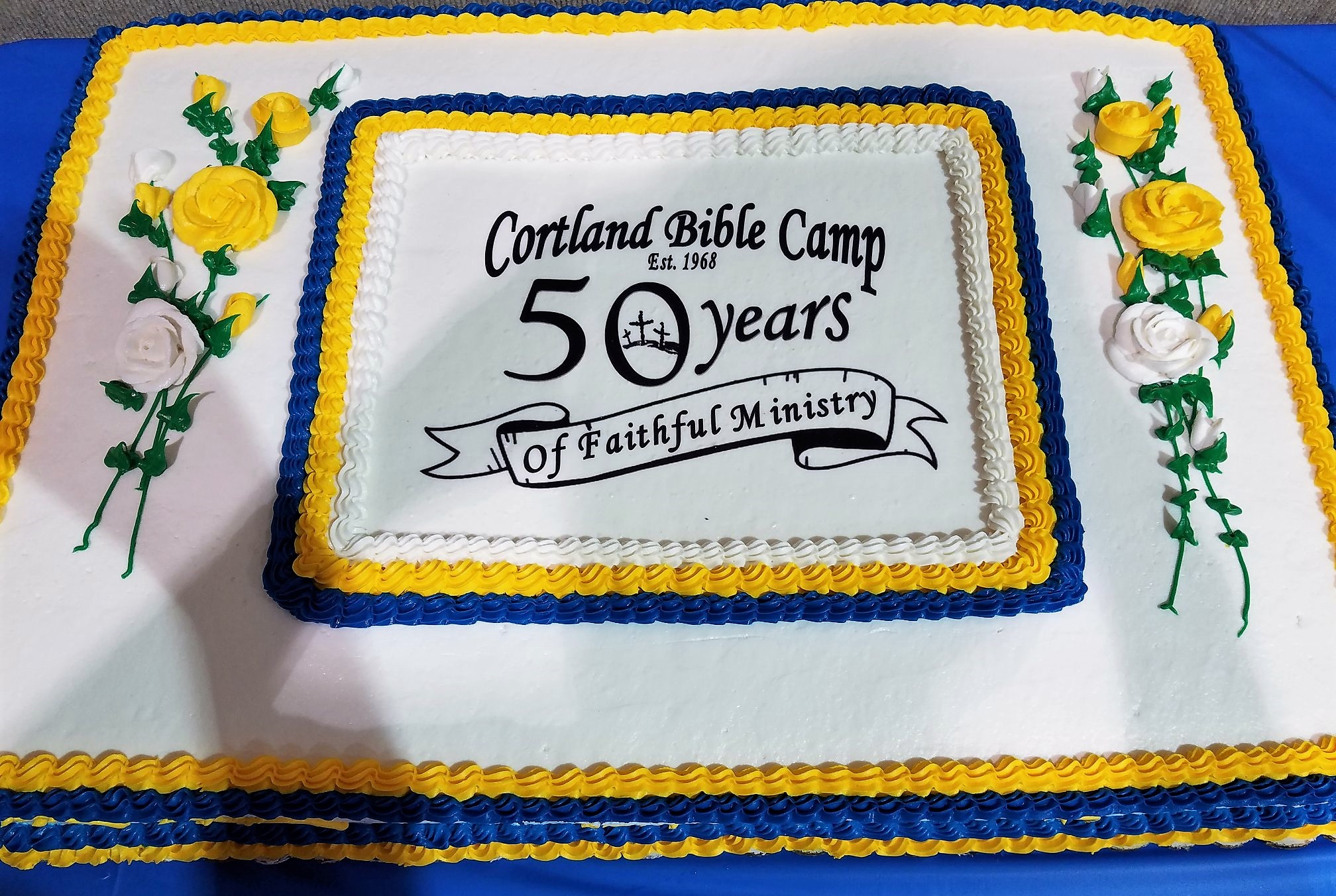 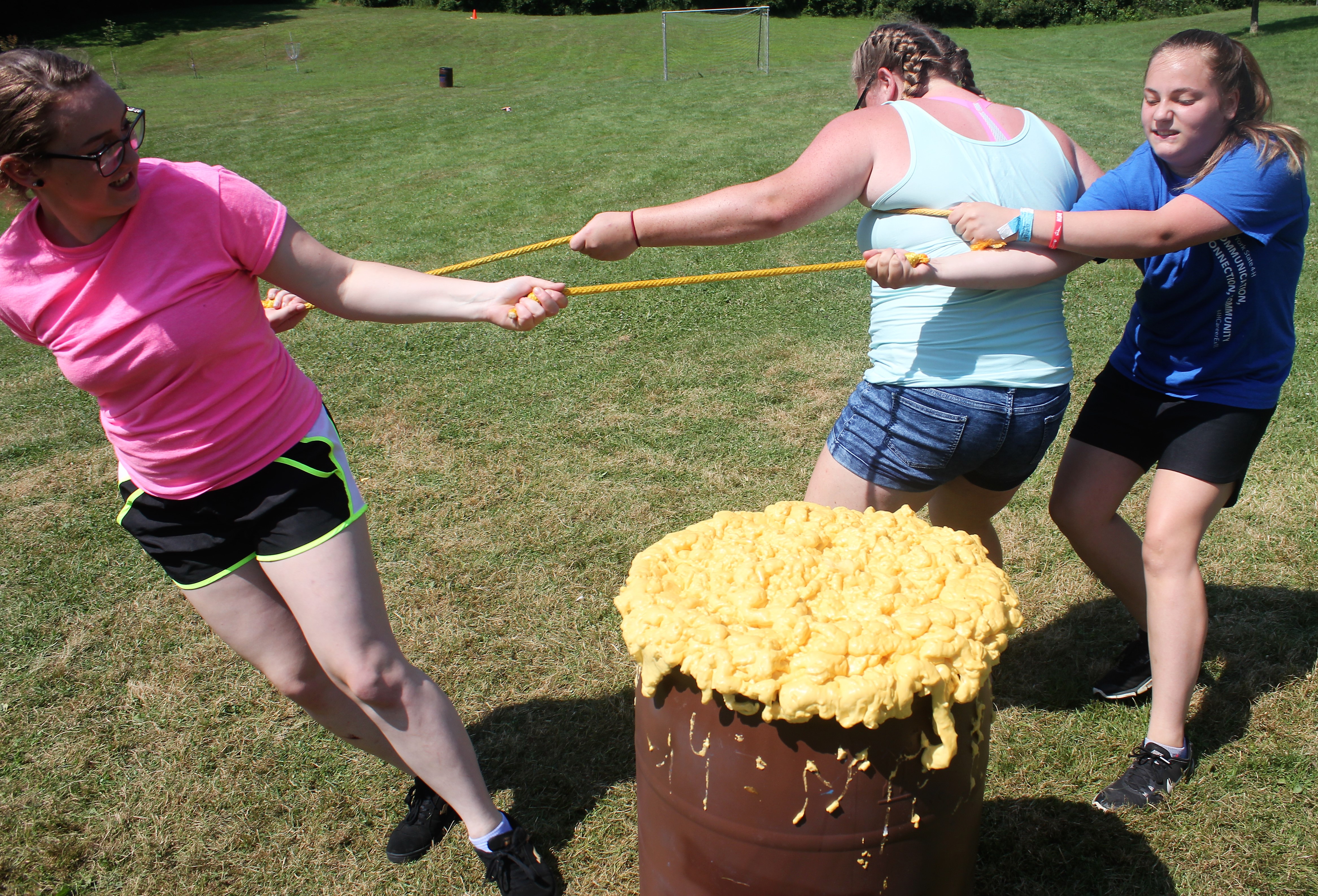 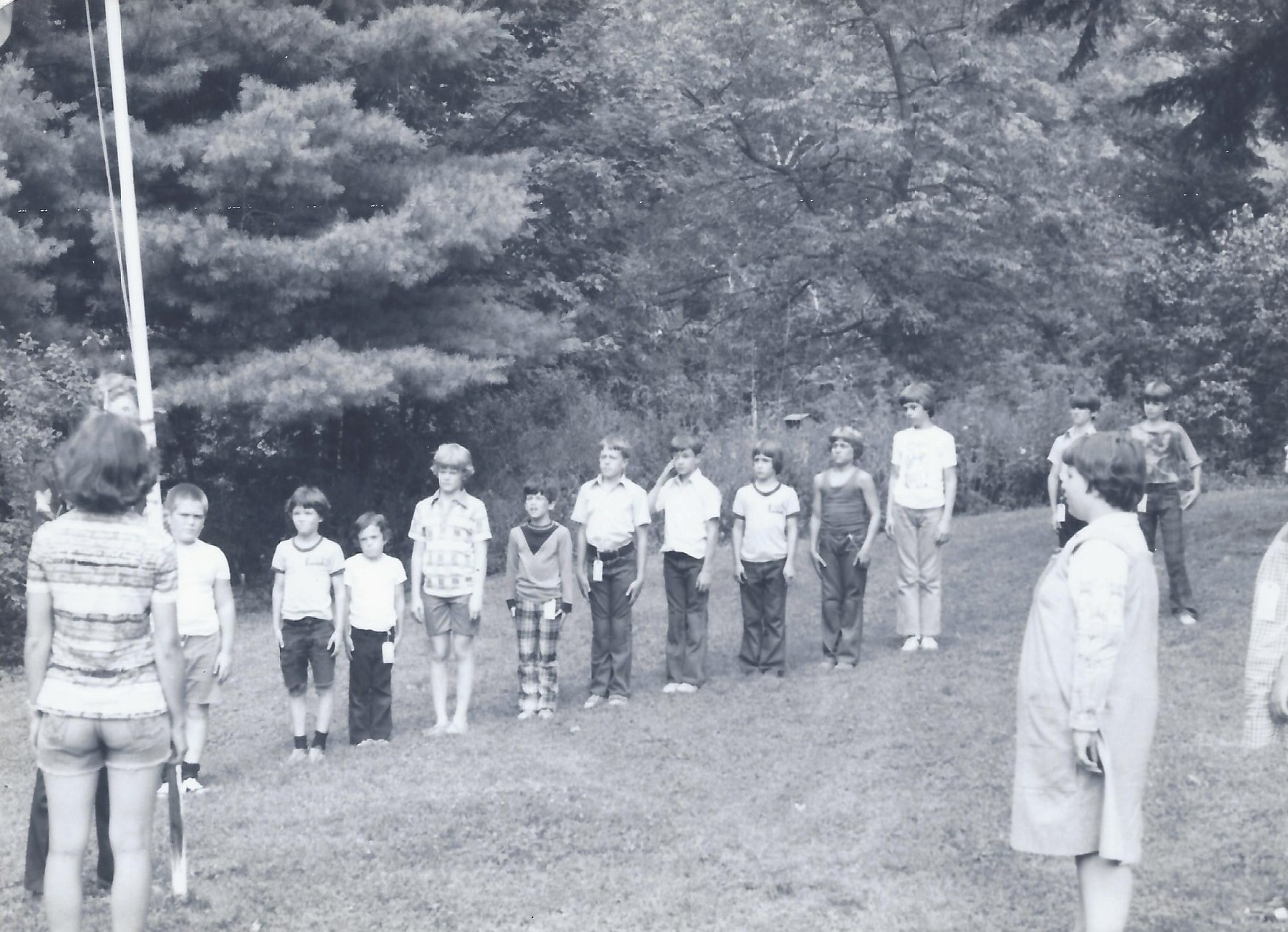 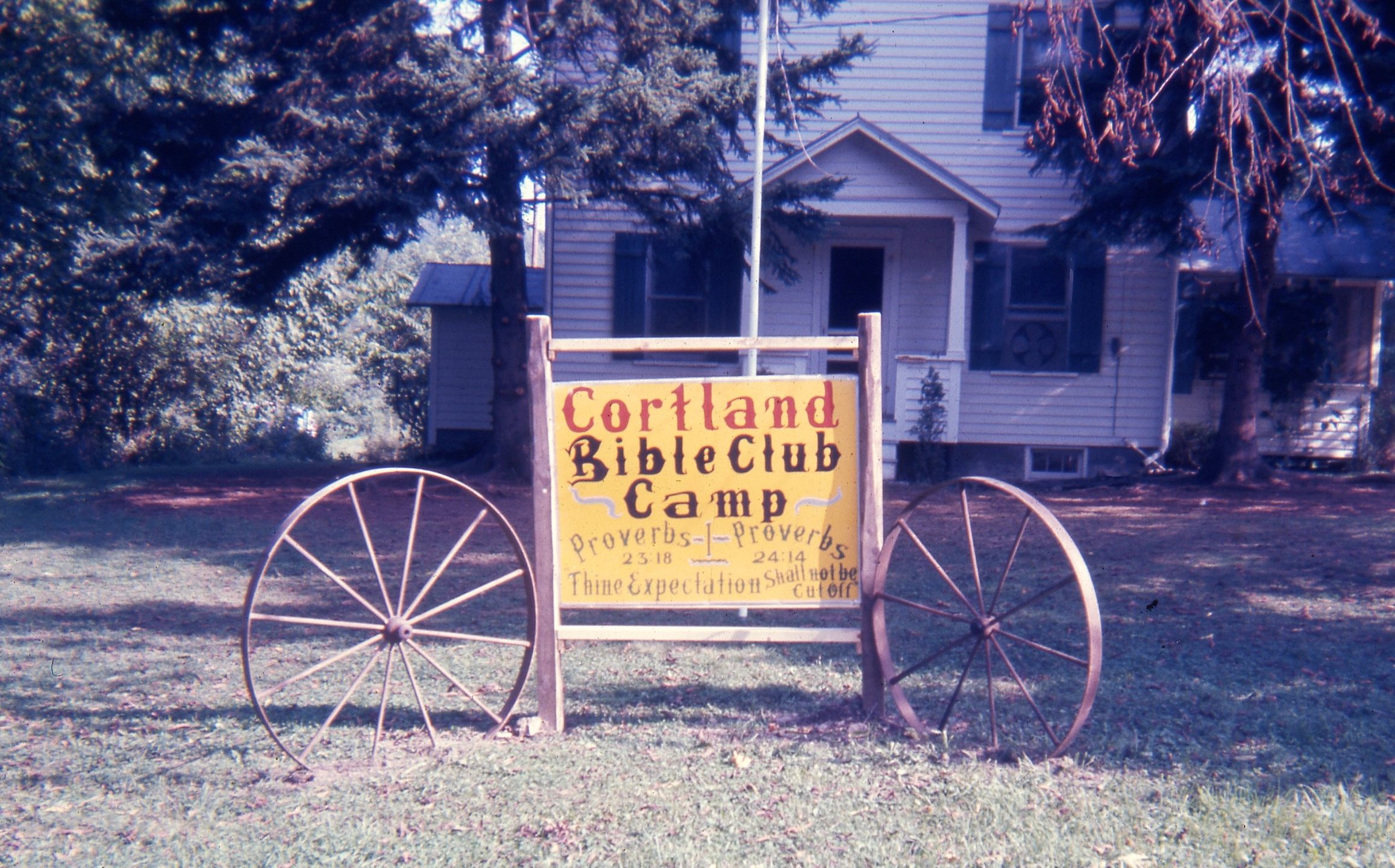 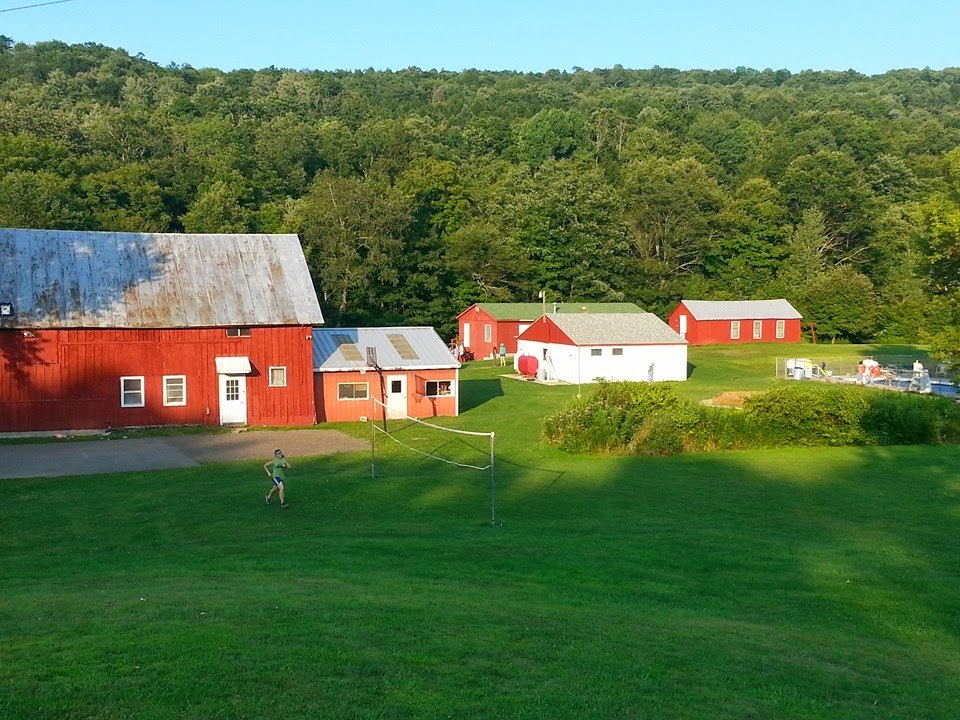 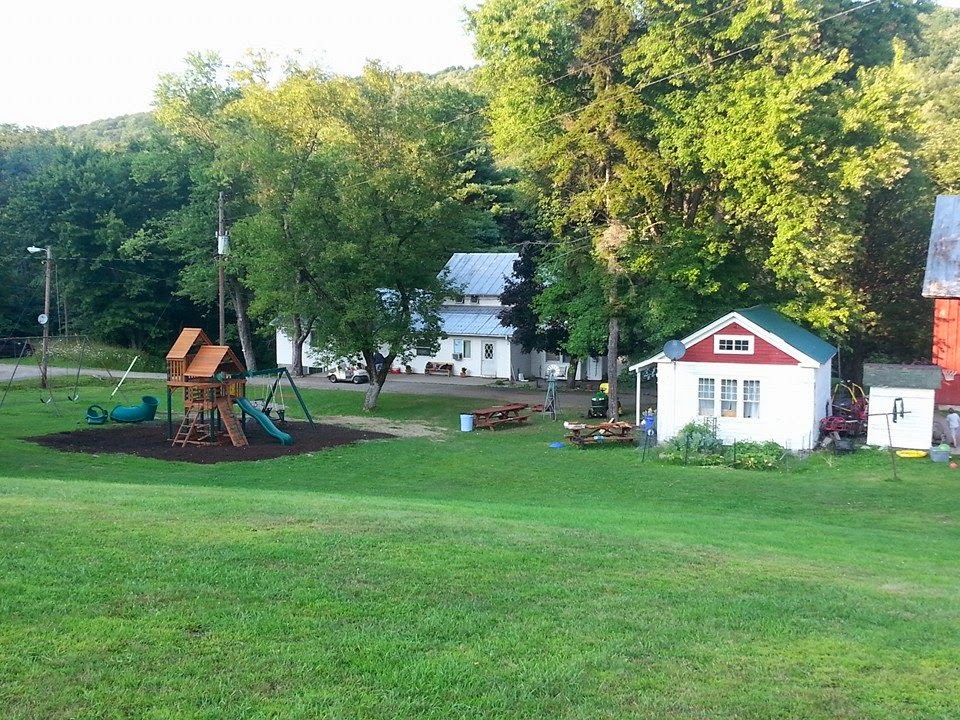 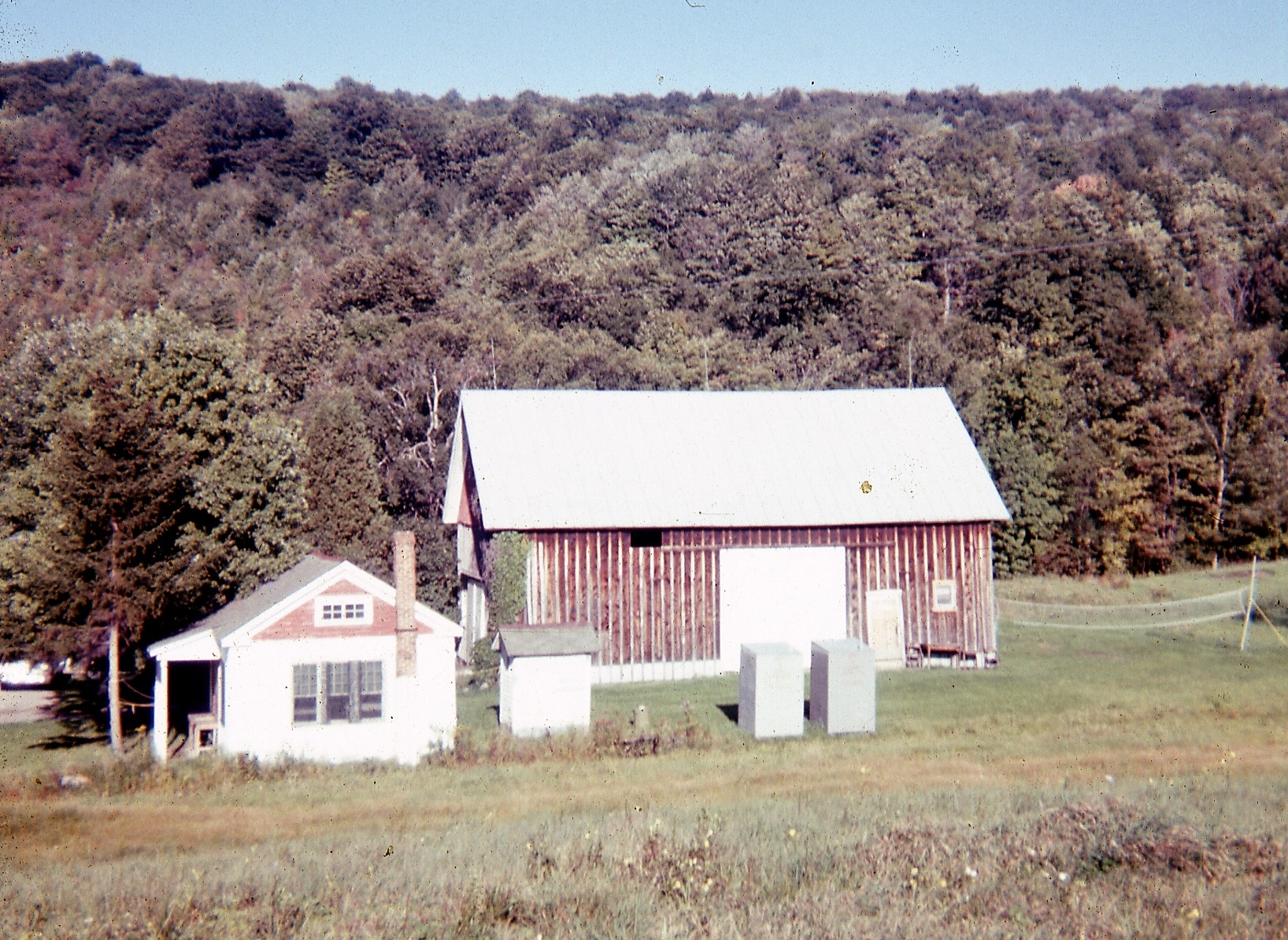