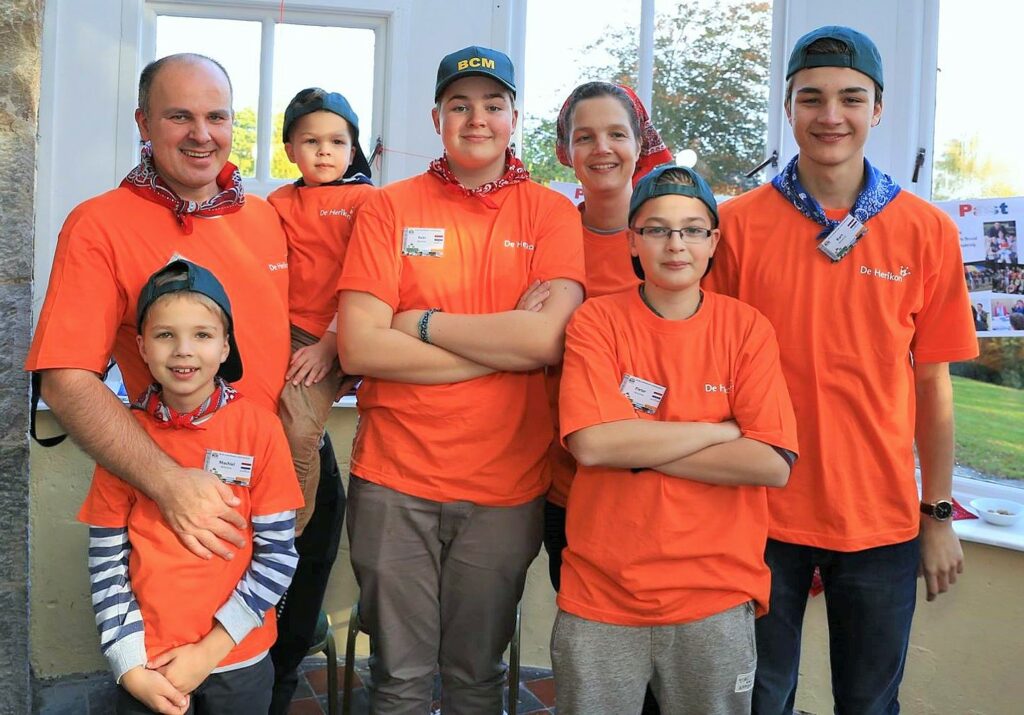 By: Jeanette Windle with Erik Bolhuis

When his bride of one year announced she’d become a Christian and wanted to be baptized, Erik Bolhuis feared it might be the end of their marriage. Instead it proved the beginning of a faith journey that has led to Erik’s recent appointment as director of BCM Netherlands and its ministry center Bijbel Club Centrum De Herikon.

Erik and Annelien Bolhuis grew up in nominally Christian homes, but to both, religion was more cultural tradition than personal faith. Annelien was a piano teacher while Erik worked in the field of finance and insurance when the couple married in 1999. But to one of Annelien’s students, a woman in her fifties, faith in Jesus Christ was far more than tradition. During their piano lessons, Annelien began asking questions about the Bible. The two women began studying the Bible together. Then Annelien came home to share with Erik that she’d accepted Jesus Christ as Savior.

“I was shocked,” Erik relates. More so when Annelien explained her desire to be baptized. “I came from a state reformed church where babies were baptized, not adults!”

The next period of their marriage was difficult as Erik wrestled with arguments, not just with Annelien, but himself. But Erik loved his young bride and could see how her faith was changing her. To please Annelien, Erik agreed to attend a Christian conference.

“They gave us a booklet that explained the Gospel,” Erik shares. “I realized that it answered the exact questions I had. It finished with the sinner’s prayer. I prayed that prayer and came forward to be saved that night.” 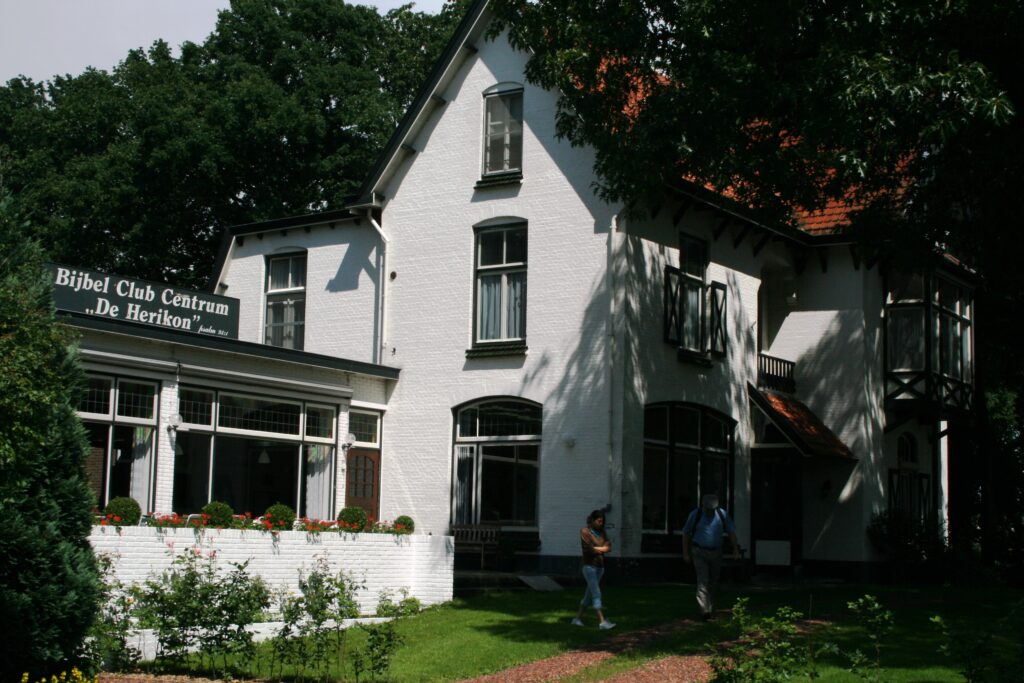 From childhood, Erik’s greatest passion had been soccer, and it wasn’t long before church leadership asked him to help with a youth outreach that coached young soccer players. Over the next decade Erik became increasingly involved in church leadership and youth outreach. By now Erik and Annelien had four boys of their own (five now) and found great joy raising their sons in their new-found faith and sharing the Gospel with others.

Then at age forty, Erik lost his job. Erik shares, “I thank Lord for that now. Then it was very difficult. But a good friend reminded me that God is not confused about what is happening. I began thinking about what I could do with the second half of my life. I am an enthusiastic person. I love to encourage people to follow Jesus and do the things Jesus asked us to do.”

Could God be calling Erik and Annelien into full-time Christian ministry? One persistent thought that came to Erik was of starting a training center where people could learn to make disciples and encourage each other. At this point, Erik and Annelien knew nothing about BCM, though then-director Mark Brussel had once spoken at their church. But in 2010, a church announcement shared the need of a male volunteer to help with teen camp at De Herikon.

BCM’s own involvement in the Netherlands dated to 1949 when an American missionary, Anne Punt, arrived in post-WW2 Amsterdam to work in partnership with Dutch children’s ministry leader Annie Verboom. Together the “Annies”, as they became known, brought healing Good News to children traumatized by war and destruction (see A Look Back at BCM Netherlands). Over following decades, their ministry grew to include 16 missionaries and many more volunteers. Bijbel Club Centrum De Herikon (Bible Club Center ‘The Lord is King’) in Putten, a small town sixty kilometers from Amsterdam, has been hosting camps, retreats, and Christian training events since the 1980s.

“You should do it,” Annelien urged Erik. “This is just the kind of ministry you’ve been wanting to do.”

Erik wrote De Herikon, volunteering to participate. That week of camp was a pivotal life moment. And not just for Erik. BCM Netherlands missionary Corine Daane remembers vividly director Mark Brussel sharing that week, “Corine, God has answered our prayer! There is a new guy [Erik], and it is good.”

“God spoke to me all that week,” Erik shares now. “I had wanted to establish a center that helped make disciples and encouraged people to follow Jesus, and De Herikon was doing just that.” 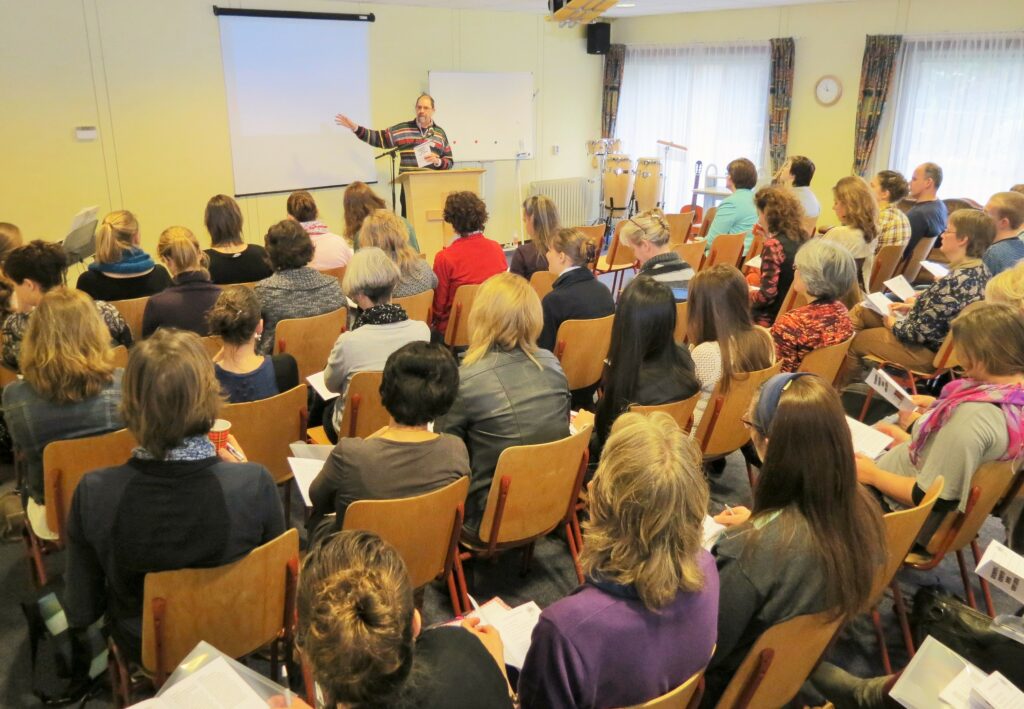 By the end of the week, Erik knew God was indeed calling him into full-time ministry. Annelien was in agreement. “This was not just my dream,” Erik amplifies, “but the Lord was calling her as well.”

Over the following years, Erik and Annelien both became more and more involved in volunteer work with BCM Netherlands. At the same time, Erik accepted a position as vice-director with a sports outreach ministry. Though working full-time with the sports ministry, Erik spent weekends and camp weeks at De Herikon, serving as counselor for teens, running the sports program, and in other needs. Now juggling a household, five sons, and teaching piano, Annelien, found time to volunteer with children’s ministry and camps. In 2014, Erik and Annelien attended BCM candidate orientation at De Herikon and were appointed BCM missionaries.

“Even though I was employed with another ministry organization,” Erik amplifies, “they supported completely my volunteering with De Herikon. What is most important is that you do what God wants for you, they told me. And in fact, BCM’s vision of reaching children and developing the church was just the training I needed to become more effective in the other ministry.”

In the summer of 2014, Erik and Annelien were both volunteering at family camp when Mark Brussel asked the couple to join him and his wife Gina for a private discussion. Erik jokes now, “I wondered if I’d done something wrong!”

Instead, Mark and Gina Brussel shared that God had been calling them very clearly to relocate to the United States, Gina’s own country of citizenship, where their oldest son was attending Bible college. Erik and Annelien’s initial reaction was sadness and dismay. Not only had Mark and Gina given leadership to De Herikon for more than a decade, but they’d been mentors to Erik and Annelien, and their sons had been older brothers to the Bolhuis’ own five boys. Sorrow became astonishment when Mark asked if Erik and Annelien would pray about Erik stepping into his position as director of BCM Netherlands. 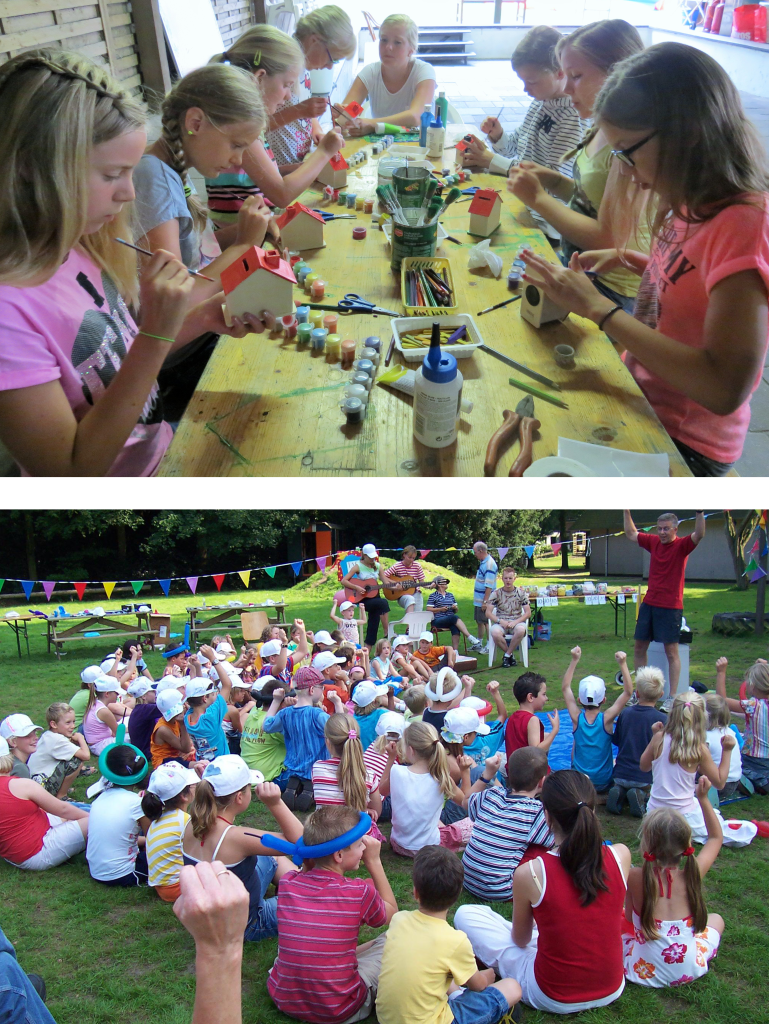 “Not once had I thought of being a leader here,” Erik shares. “This had been Mark and Gina’s ministry. How could we take their place? Everything was different from that moment. I’d walk around and think, ‘oh boy, this could be my responsibility!’

The next week, Erik and Annelien’s kept them separated, Erik at a soccer camp with their two youngest sons while Annelien and their three older sons were participating in an international walkathon (Four Days Marches Nijmegen). But both took time to pray. While they were seeking God’s will, a devotional message at camp used the biblical passage of Joshua 24:13-15: “I gave you a land on which you did not toil and cities you did not build; and you live in them and eat from vineyards and olive groves that you did not plant. Now fear the Lord and serve him with all faithfulness . . . choose for yourselves this day whom you will serve . . . But as for me and my household, we will serve the Lord.”

“God showed Annelien and me both clearly this was His confirmation.” Erik shares. “He was calling me and my household to step into this ministry and serve the Lord here at De Herikon.”

With the blessing of his prior employers, Erik quit his job, and the entire Bolhuis family moved to Putten to work side by side over the next year with the Brussels. Summer 2015 brought a whirlwind of activity as the Brussels left for the USA, Erik and Annelien with their five sons moved into De Herikon, all as a full camp season kicked off. The summer season went smoothly with almost 400 campers in attendance.

“I am so thankful for our BCM Netherlands team,” expresses Erik today, “They have given us love, helped us with everything, encourage us in everything.”

While change is never easy, the BCM Netherlands team is looking forward to what God has in store. Corine Daane sums up, “We are very sad to see the Brussel family go. But we also feel a special unity as a team in realizing this has been of God and God alone. He called Mark and Gina to the States, and he called Erik and Annelien to De Herikon. We are excited to see what new things God will bring about for the future.”