By Shantal Artieda with Jeanette Windle 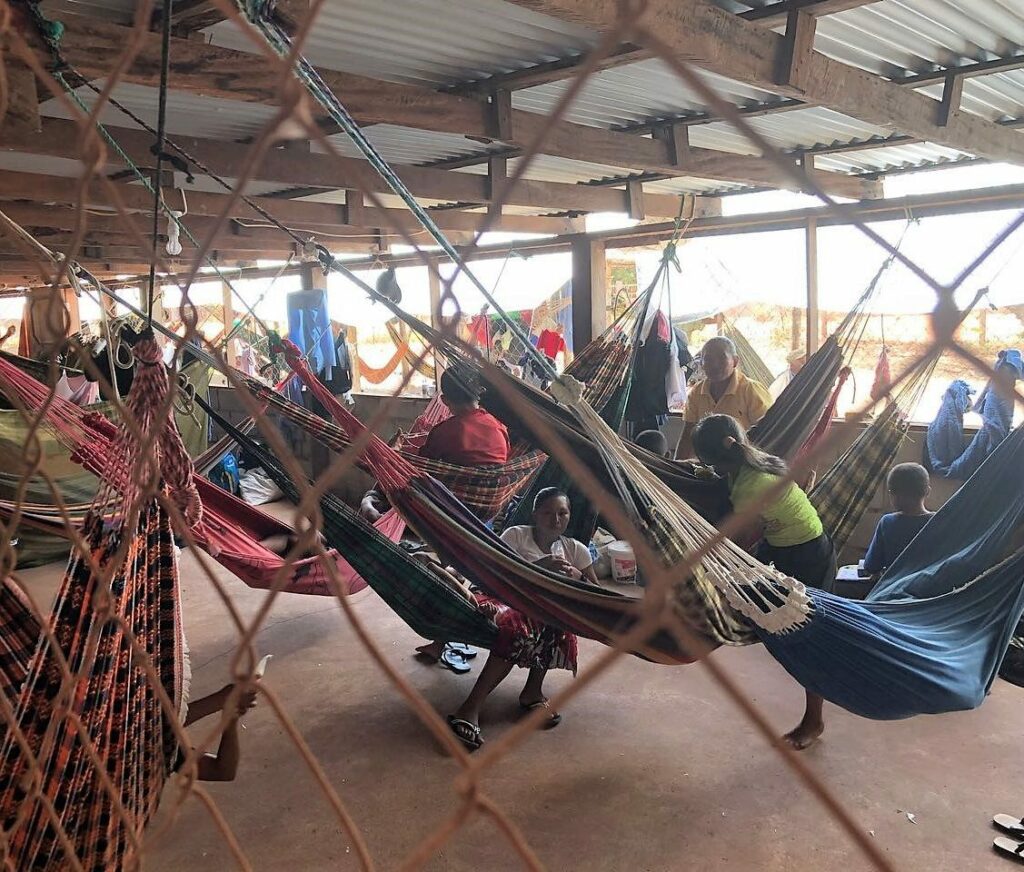 From March 30th-April 7th, 2018, BCM International President Marty Windle and BCM Peru field director Jonatan Odicio joined BCM Guyana missionaries Ron Charles and Stanley Boodie for an Easter Christian workers conference in the town of Lethem near Guyana’s border with Brazil. Located between Surinam and Venezuela, Guyana was established as a British colony (formerly British Guiana). It remains part of the British Commonwealth and is the only country in South America with English as its official language. Its population of just over three-quarters of a million is predominantly East Indian, African, and indigenous Amerindian.

BCM Guyana missionary Ron Charles has planted more than twenty-five churches among indigenous tribal groups, including two across the border in Brazil, along with pastoring a central church in Lethem. Colleague Stanley Boodie serves as principal of a non-denominational Bible Institute in Guyana’s capital of Georgetown. Both missionaries are responsible for an annual three-month Bible Institute in the city of Lethem, which permits the students to earn a Bible Institute degree over the course of several years.

This year’s Easter conference was held at the main church/Bible Institute campus and opened on Saturday, March 30th, with the Bible Institute graduation. Nine graduates who had completed the entire course of study represented at least four tribal groups, including Waiwai, Macusi, and Wapishana. By evening of Easter Sunday, April 1st, delegates from most of the twenty-five-plus church plants had traveled into Lethem for the conference, some having to travel by boat along jungle rivers for several hours just to get there. Over three hundred attended in total. Hammocks slung under tin-roofed open-sided shelters offered sleeping accommodations, while large pots over open fires provided curries, fish, rice, and other local delicacies for meals.

The conference theme was from Nehemiah 6:9: “O God, strengthen my hands” (KJV), and each morning of the conference, BCM president Marty Windle taught on biblical leadership from the book of Nehemiah. In the afternoons, BCM Peru director Jonatan Odicio taught a children’s ministry training course, In Step with the Master Teacher (ISMT). Due to the poverty of the region and lack of available resources, there has been a serious shortage of children’s ministry as well as trained Sunday school teachers in the indigenous churches. 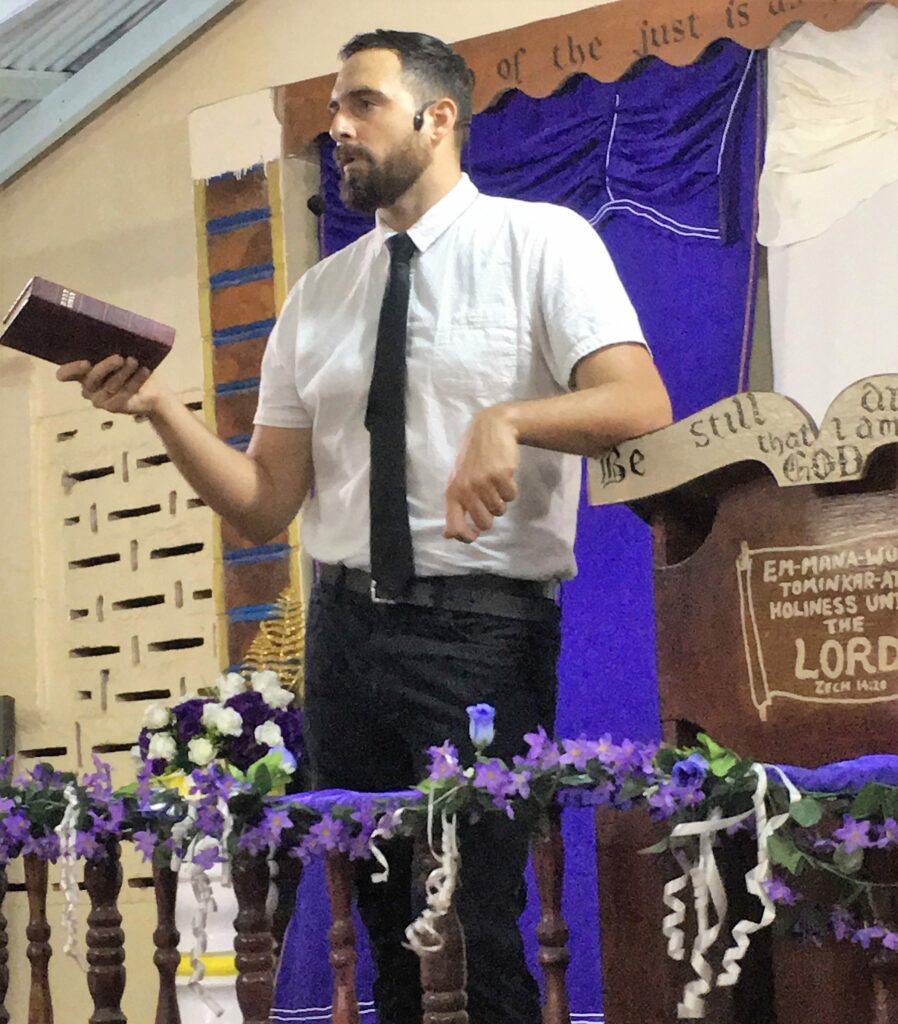 “We wanted to stir up these churches and ministries to focus on children and give them some hands-on tools for children’s ministry,” explains Jonatan Odicio. “We just skimmed the surface, but it was good for them to see the importance of working with children in their churches and communities.”

More than a hundred church leaders attended the children’s ministry training sessions, and the conference ended with a request for further training. Jonatan summarizes: “People are seeing the necessity of working with children, but they don’t have the right tools, equipment, or know-how, so it is great to be able to share with them this training and the passion we have to help and train others to reach children for Christ.”

Evangelistic meetings were held in the evenings, with BCM Guyana missionary Stanley Boodie preaching along with Marty Windle and Jonatan Odicio. The gospel was clearly presented and approximately twenty people came forward to make decisions to trust Jesus as Savior. The various churches had also prepared special presentations to share during the night programs. Adults, teens, and children from a single tribal community would come forward to sing songs of worship, do a mime performance, or offer theatrical presentations. Performances were done in several languages from English to Portuguese and various other tribal dialects, though all shared English as a main communication language.

A future vision for BCM missionaries Ron Charles and Stanley Boodie is to see a larger conference center built on the main church campus in Lethem. The current facility can crowd in at most two hundred people, so with over three hundred in attendance just at this Easter conference, many had to stand outside and listen through windows and doors. Pray for the raising up of funds to expand their current meeting facility. The current goal is to complete this project within the next 1-2 years. Pray too for these two BCM Guyana missionaries and their family as they take the gospel to Guyana’s Amerindian people groups within South America’s Amazon jungle basin. 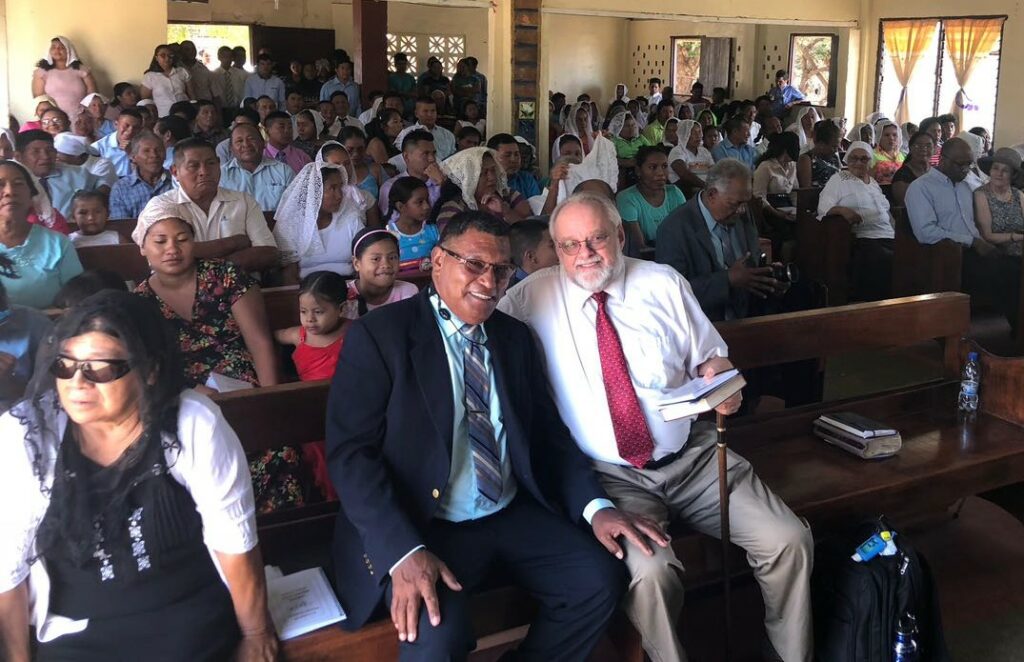