A Farmer’s Daughter in Thailand 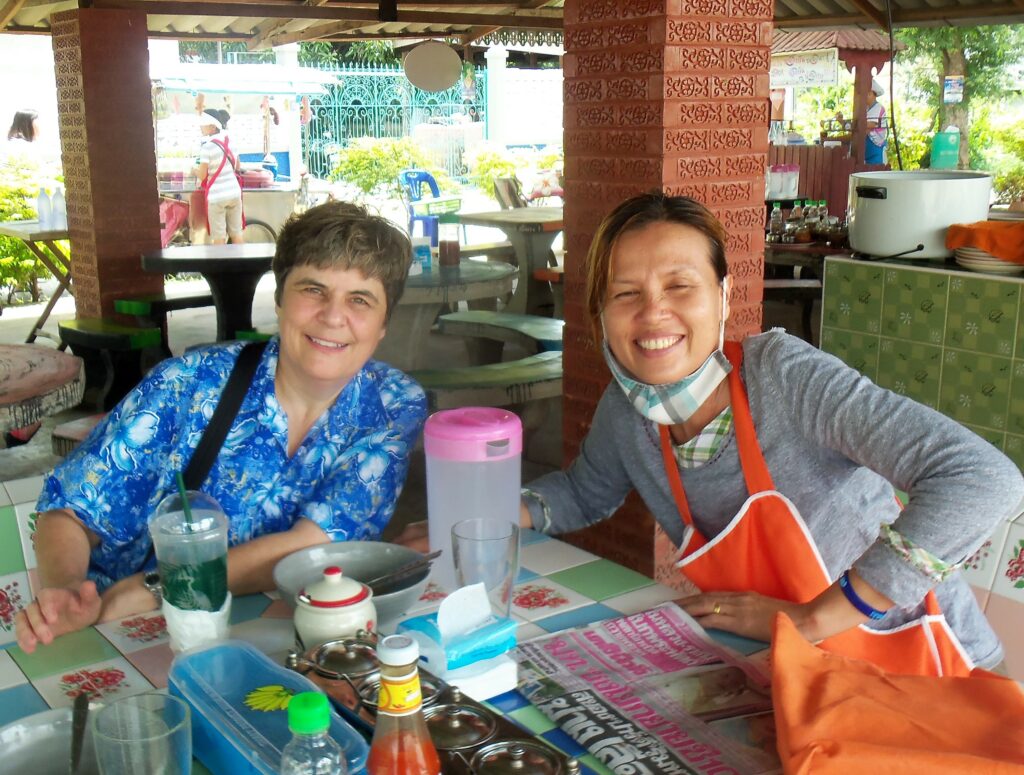 How did a farmer’s daughter from New York state end up in Thailand? By a long and circuitous route of faithful service in God’s kingdom. Barbara Van Valkenburg’s spiritual journey traces back to two women who invested time in picking up Barbara and her seven siblings for church and teaching their Sunday school class. Their faithfulness in turn inspired Barb with the vision of reaching children with the Gospel of Jesus Christ.

Eunice Burden had been Barb’s co-worker in BCM children’s ministry within the UK when God called Eunice to serve with Overseas Missionary Fellowship (OMF) in Thailand. Eunice and Barb remained friends over the decades. Barb was relocating back to her birth country when Eunice asked her to bring BCM’s children’s ministry training program, In Step with the Master Teacher (ISMT), as well as her evangelistic puppetry to Thailand.

Barb traveled to Thailand first in 2014. She found a country of extreme contrasts. Countless tiny shacks juxtaposed next to elaborate mansions. An abundance of natural resources and foot crops along with some of the planet’s largest refugee camps. By law, the king must practice Buddhism, the country’s majority religion, and ornate, gilded temples dot the landscape. But Thailand’s minority Christian population enjoys complete freedom to share their faith in Jesus and do so enthusiastically.

After decades in the UK’s cool climate, Thailand’s tropical heat felt oppressive. A fall that dislocated her shoulder left Barb in a cast for much of the trip. But she didn’t let that slow her down, teaching ISMT and puppetry in several churches as well as at a Christian camp.

“I was in a cast most of the time,” Barb reminisces. “But God used even that as the Thai Christians who attended were amazed I was willing to stay and teach despite my injury.”

Barb returned to Thailand March 13th, 2017, for a three-week training circuit, based from the Thai capital of Bangkok. This involved months of advance preparation, getting lessons translated into Thai and preparing puppet dolls, crafts, and countless activity materials, all helped by the generous contributions and hard work of the women’s ministry group from Mt. Morris Baptist Church in Mt Morris, New York. 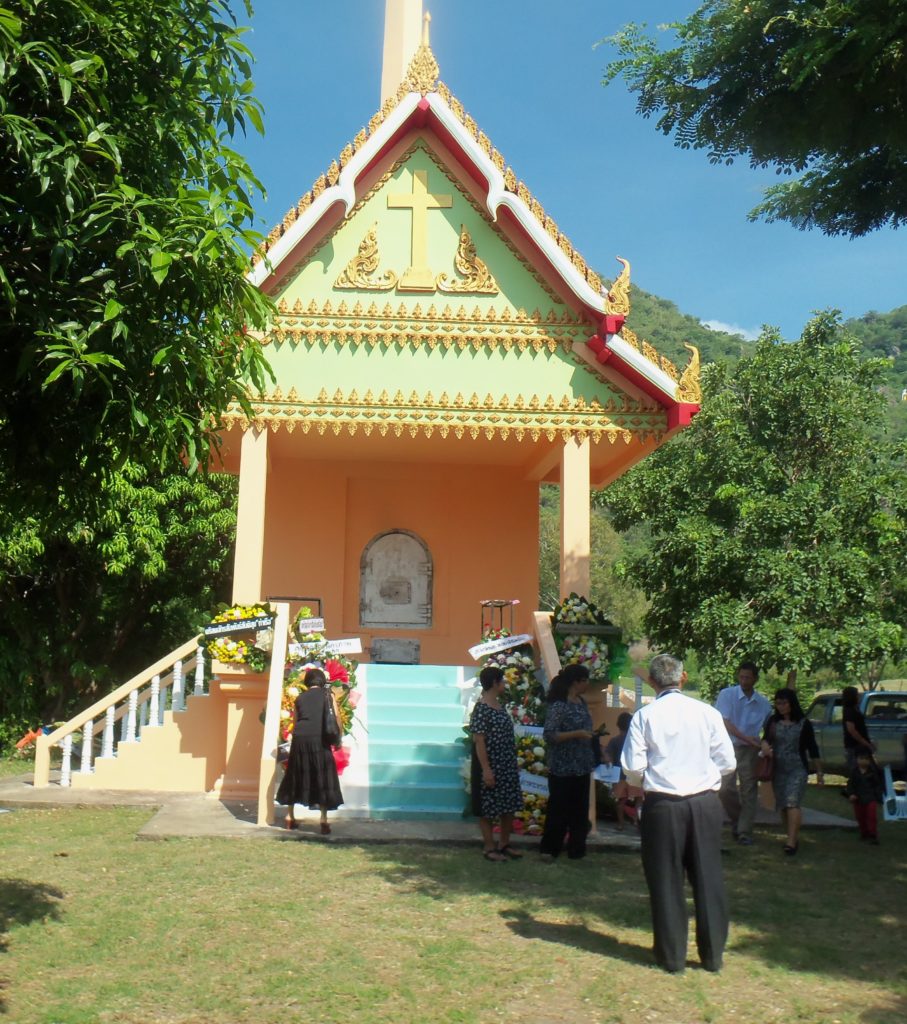 Barb took along one vital resource she’d written herself, The Book of Easy Ideas, filled with creative ways to teach Bible lessons, prayer, memory verses, games, and quizzes with minimal purchased materials, which Barb had developed over her own decades of children’s ministry. She explains, “The Thai churches often have so few materials or funds to work with. I wanted to leave them with activity ideas that are both fun and practical to use in their classrooms.”

Since many Bangkok university students, professors, and international residents are proficient in English, Barb was able to conduct one major training in that language. Other trainings brought children’s ministry leaders into central locations from various area churches. Another prepared staff at a Christian camp. Learning to create and produce their own puppet shows, such as reenacting the parable of the Good Samaritan, was especially popular.

“Training and speaking through an interpreter isn’t easy,” Barb says. “Then you see the look on the faces of those sitting in front of you, and you know they’ve grasped what you are teaching and are now becoming involved. Even if I can’t speak their language, I am so glad I could come and train these people to reach children in their own country.”

In all, almost ninety children’s ministry leaders completed the training. Eunice Burden and a Thai Christian co-worker, Achera, not only helped with logistics and translation, but by the end of the trip, were teaching sessions themselves. To Barb, one of the most exciting results of her month in Thailand was leaving behind two capable leaders qualified to carry on the ISMT training themselves.

Now back in the small New York community she left four decades ago to reach children with the Gospel, Barbara Van Valkenburg is technically retired. But that hasn’t slowed her down in continuing to train children’s ministry leaders regionally, work in Vacation Bible Schools, or serve at an area BCM camp.

“It has been amazing to me how God could use a farmer’s daughter from a rural community in New York to go around the world and train others,” Barb summarizes. “And it has encouraged me so much that even in retirement I can be used for our Lord’s service. In truth, it is amazing just how much God can use people, so long as they are willing, even in retirement.”

To inquire about short-term ministry opportunities with BCM for any age group, contact us at reachndevelop@bcmintl.org. 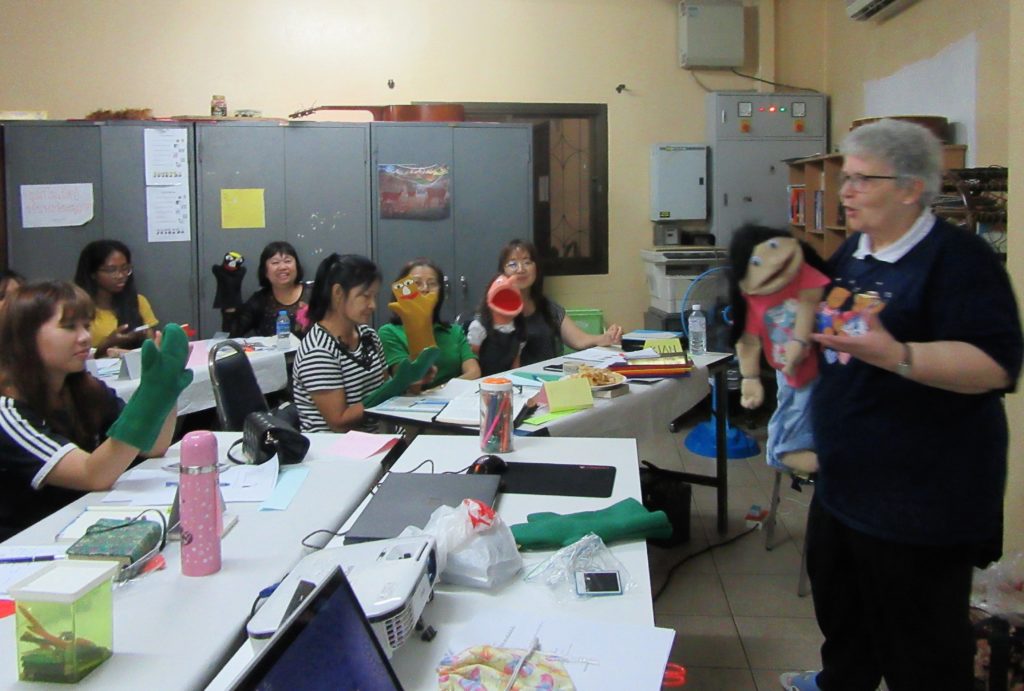