Sharing “FIHAVANANA” With Madagascar’s Most Vulnerable 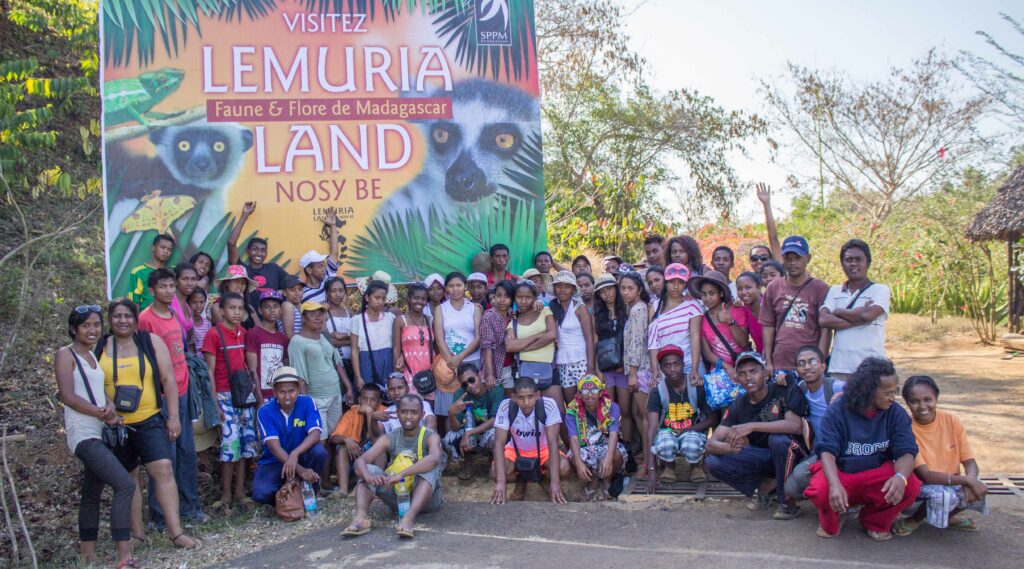 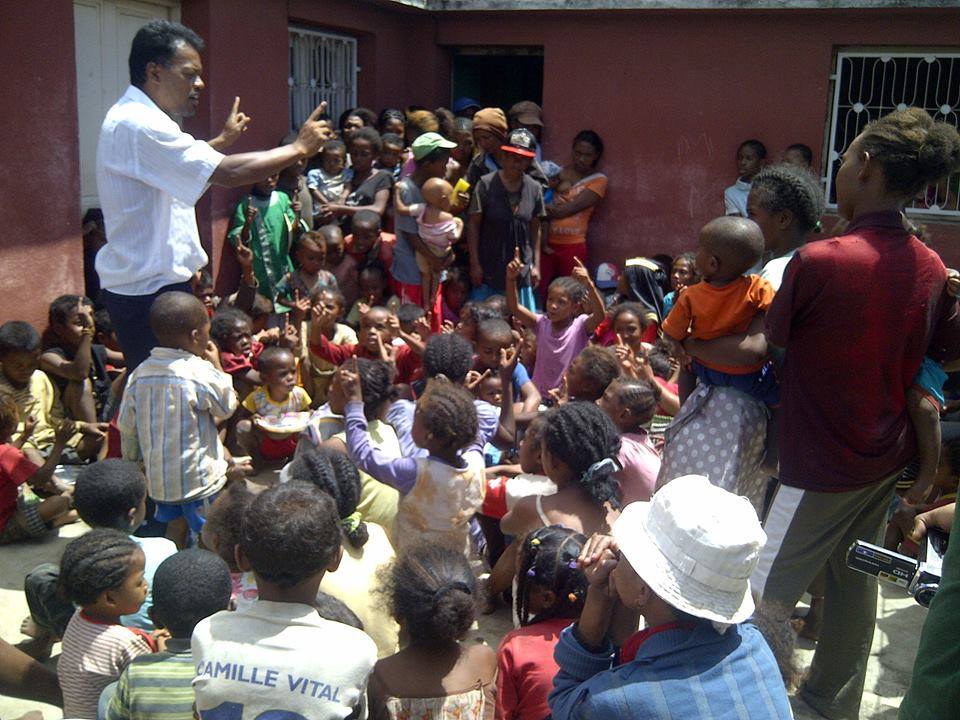 One of 19 weekly Bible clubs

The island nation of Madagascar, located off Africa’s southeastern coast, practices what is known locally as fihavanana, a term encompassing concepts of unity, brotherhood, and general peace. To the Malagasy [i.e., Madagascar ethnicity] people, this means having strong relationships with others and taking care of the world around them. Malagasy native and country director for BCM International’s newest ministry field Mr. Ratovohery Jean Aimé, or “Hery”, grew up practicing fihavanana. But it was not until 1990 that he saw the connection of brotherhood and peace to having a personal relationship with Jesus Christ.

Like most Malagasy, Hery grew up believing in one Creator God, but he had little interest in God or church. By 1990, he had completed a bachelor degree at the university and was studying English [Madagascar’s official language is Malagasy with French its second language] when a friend invited him to church. Though he had little interest in the prospect of a church service, he accepted the invitation.

“It was as if the pastor knew everything about me, and he was addressing me personally,” says Hery now. “It made me realize that it was actually God who had invited me to church, and I surrendered my life to Him. I felt like I had a new life. I had an ongoing, earnest desire to study the Bible.”

After a few years of listening to Bible studies on a Christian radio station, Hery started his own Bible study with a group from the university English department. By now he was fluent in English, and he began also helping missionaries from an international Christian organization called Bible Study Fellowship. Hery eventually became a leader, serving with BSF until 2003.

In 1997, Hery opened a small English language center of his own. Over time, this expanded into both an elementary and secondary education center. His wife, Vero, helps supervise the teachers when she is not busy with their five children. Bible clubs are held in each class once a week. In almost twenty years since the school opened, Hery and Vero have seen more than 3000 children give their lives to the Lord through this ministry.
Hery has also been able to establish Bible clubs in other private and state-run schools, thanks to good relationships he has built with school administrations. To date, there are 13 clubs in Itaosy, a suburb of Antananarivo, Madagascar’s capital. An additional six clubs are located in Antananarivo itself. Of these 19 clubs, 18 are children’s Bible clubs and one is an English-immersion Bible Club.

But the poverty surrounding these children is hard to ignore. Madagascar is listed as one of the top ten poorest countries in the world with more than 75% of its 24 million residents under the poverty line. Hery and his wife expanded the ministry to reach those whose needs were far beyond the spiritual. This has included free education to children whose parents are in need as well as providing food and clothing to Madagascar’s many orphans. 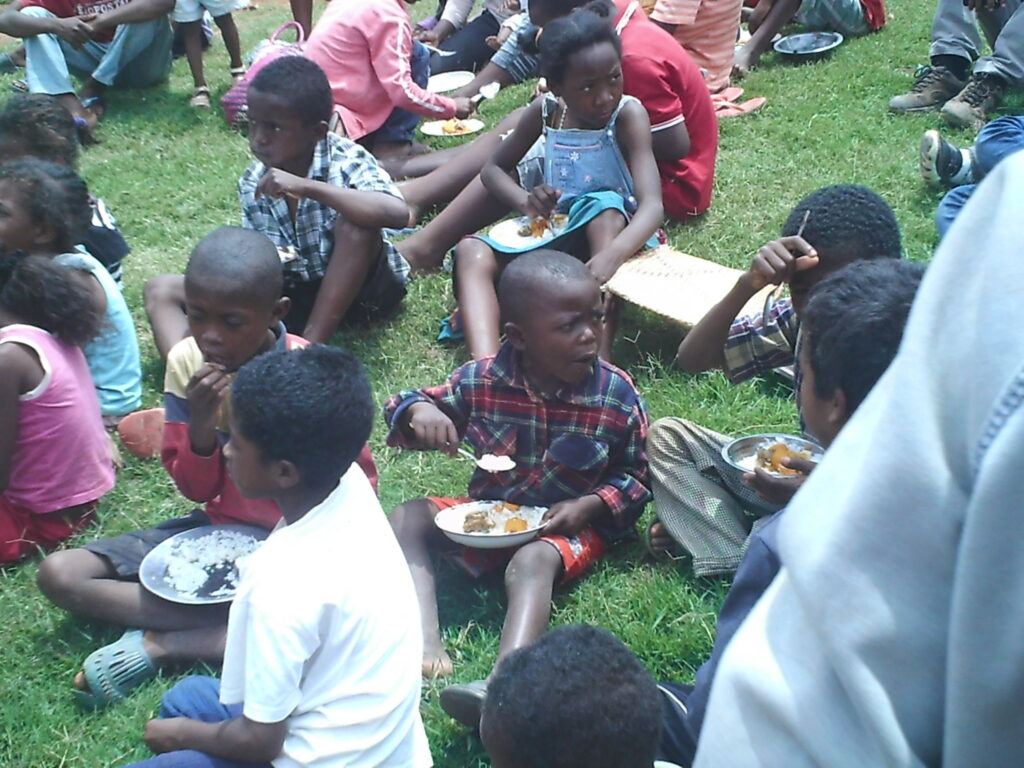 “One family,” elucidates Hery, “has four children whose parents have both passed away. The children are being raised by their grandmother whose job is garbage packing. We do our best to help the family.”

As doors to expand their ministries continued to open, Hery began considering the benefits of partnering with a larger organization. He found BCM International’s emphasis on reaching the “4-14 Window” (children between the ages of 4 and 14) a perfect fit for his own ministry, especially since 40% of Madagascar’s inhabitants are under 14 years of age. BCM’s core values also aligned with what Hery and his team were already trying to do.

Since then BCM Madagascar ministry has continued to grow weekly with 955 children praying for salvation during April alone. Hery gives an example of one transformed life:

“There’s a teen, Mendrika, who is 17. He was a rebellious, disobedient student—even going out to smoke secretly, though we caught him many times. However, he learned that if a person is in Christ, he is a new creature, as it says in 1 Corinthians 5:17 . . . That is what happened to him. Everything from the inside out changed—his manner of speaking, his clothing—everything. Now, during this club, things have also changed. He has become the new worship leader! He is always wanting to pray, and this impacts the whole class.”

Hery’s team encourages the children to share what they are learning with their families. They hand out tracts for the children to take home for their parents to read. Hery shares, “One parent said that because of what his child shared with him and the tract he was reading, he became a believer, broke the habit of drinking, and now has a new life.”

At least 2000 children are reached every single week through the current 19 Bible clubs. Hery’s vision is to increase this to 25 clubs by the end of 2016.  The ministry is carried out with only one other full-time missionary, Sahondra. An elementary school teacher, Sahondra left her job to work full-time in BCM ministry in April, 2016. In the beginning, she stepped out on faith with no financial backing, but within a month, God supplied all of her necessary financial support. 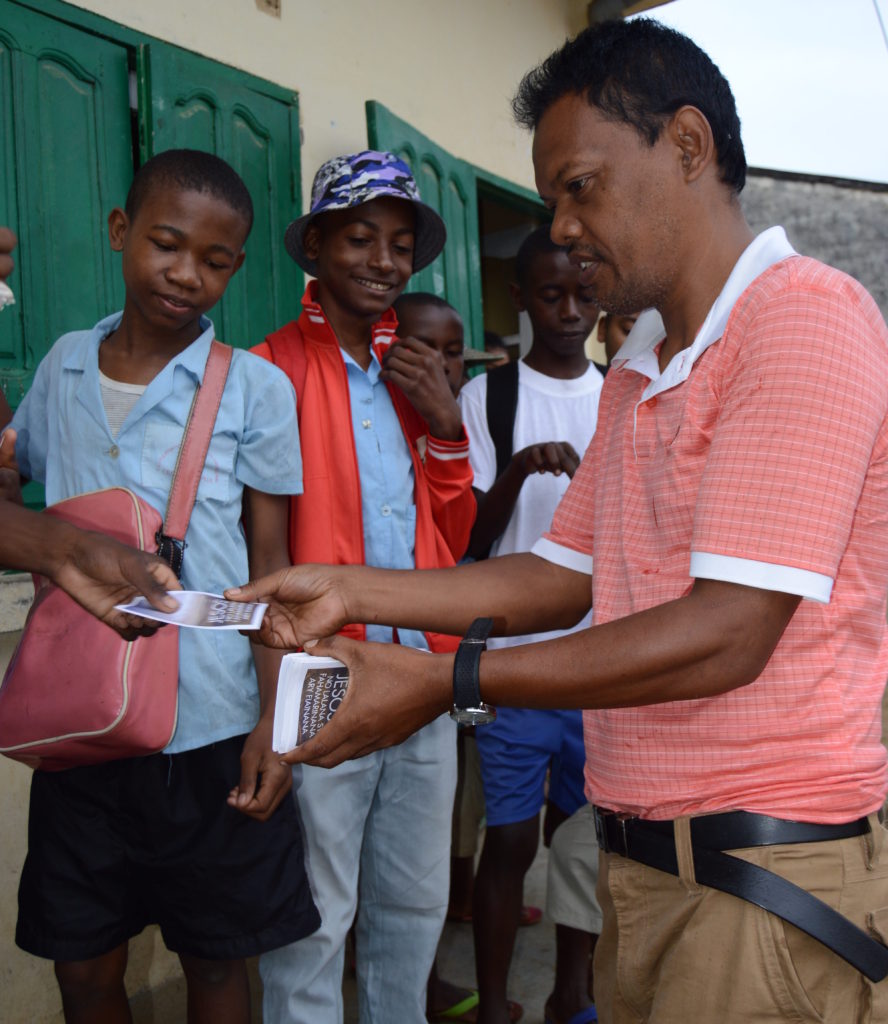 But two missionaries are not enough. Hery explains: “One reason having more missionaries is important is that doors in the rural and coast areas are open. Not many missionaries want to go there, but they also should hear the Gospel. Reaching those coast and rural people is one of our important goals.”

When asked about prayer requests for BCM Madagascar, Hery responded: “Please join with us in praying for finances to support additional missionaries and more missions work in Madagascar. If you are led by God to serve here with us, short term or long term, we would be excited to work together as brothers and sisters in the Lord. Any qualifications or abilities you have can be used by God to preach the Gospel, regardless of your age. For instance, you could teach in our kids clubs, especially if you can teach English, too. If you are a physician, you could bring medical services. Truly, the opportunities are endless. We also try to help by meeting physical needs along with spiritual needs. We are always looking for donations of items such as clothes, toys for kids, and school supplies. These items can help a number of people here and can ultimately be a way to lead them to Christ.”

Mr. Ratovohery Jean Aimé and his BCM Madagascar team are committed to bringing the truth of the Gospel into the Malagasy lifestyle of fihavanana. Their desire is to show the people of Madagascar how true unity, peace, and brotherhood are found only in the person of Jesus Christ, and thus transform this beautiful island nation.