Finding Refuge in His Everlasting Arms 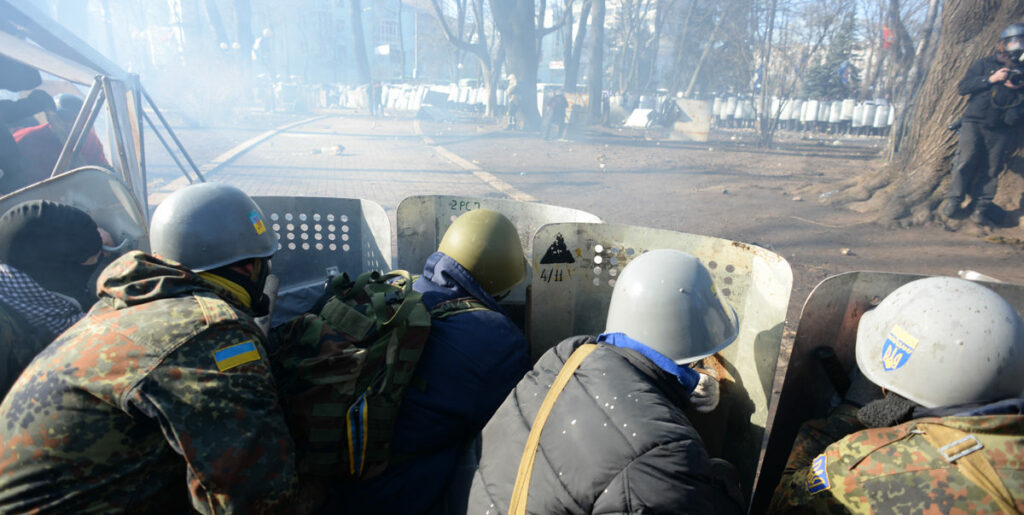 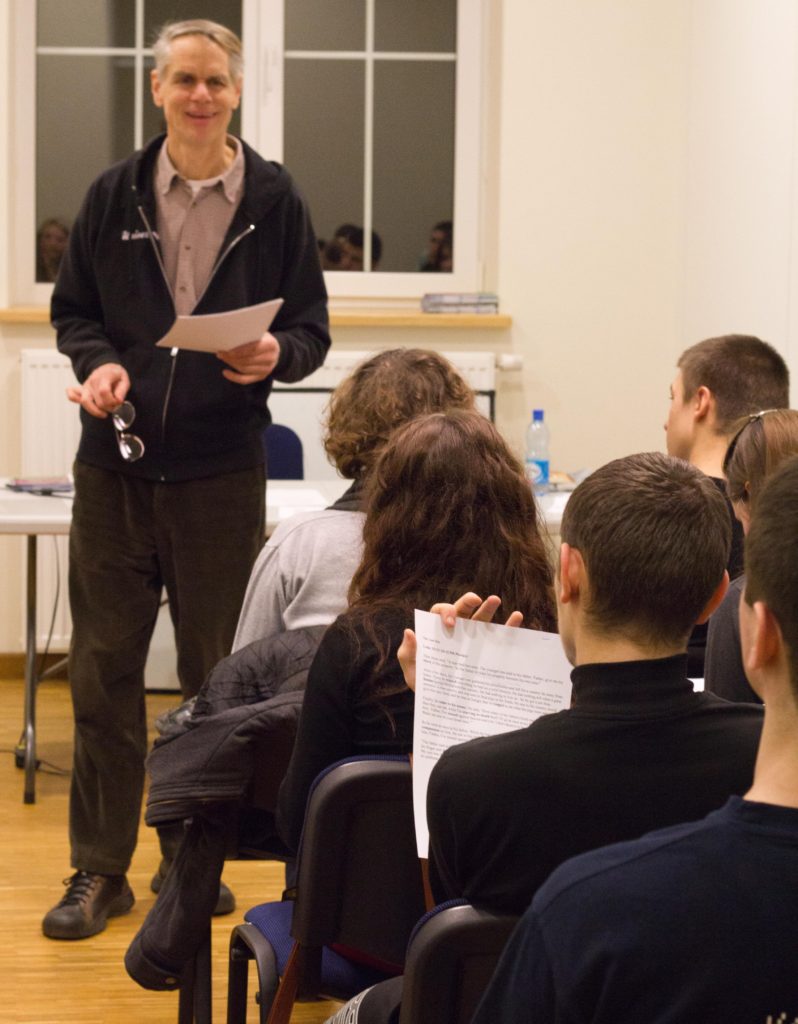 REFUGEE!  Recent global events have caused a tsunami of refugees to hit the shores of many countries, including my own birth nation, the United States.  Probably none of us wants or expects to be a refugee. But several months ago it occurred to me that I am indeed one of those refugees who had to flee their homeland as an act of self-preservation.  For me, it was my adopted homeland of eastern Ukraine from which I fled.

So one might ask how an American happened to be living in Ukraine. Certainly, any number of Ukrainians have wondered! I had been working in a clinical laboratory for almost fourteen years when God impressed upon me that it was time to be a part of His work in another country.  For one year I worked with a team of eight other Americans in northern Russia.  After my initial year, I returned for another eight months of ministry in another Russian city. Returning to the USA, I studied Bible and Missions at Moody Bible Institute in Chicago. In 2000, I began serving at the international ministry center (IMC) of BCM international.

While at the IMC, I learned of an opportunity to join a few other BCM missionaries who were ministering in the city of Donetsk in eastern Ukraine. When I arrived there in 2002, I had no idea how long I would be working for Jesus in Ukraine, but it turned out to be almost twelve years. God opened doors for me to be involved in several ministries, including preaching in a small local church and rehabilitation for men struggling with alcohol and drug issues.  Perhaps the most enjoyable and exciting ministry for me was partnering with the Ukrainian arm of Campus Crusade [now CRU] in evangelistic English clubs.

The first Monday of March, 2014, is a day I’ll remember for a long, long time.  I had been watching the situation in Ukraine deteriorate day by day. The Ukrainian Revolution in February, 2014, had ousted pro-Russian president Viktor Yanukovych, and riots and protests were tearing the country apart, especially in eastern Ukraine where much of the population is ethnic Russian. Russia had begun a covert occupation of Crimea, and the Russian parliament had authorized deployment of troops to Ukraine to restore calm.

I was praying a lot, inquiring of God about perhaps leaving Ukraine for a while. Early that Monday morning, I read an article written by a former U.S. intelligence official who had worked in Ukraine.  He felt there was a strong possibility of Russian troops arriving in Donetsk as early as that weekend.  Was this a word from the Lord? I wasn’t sure, but it certainly got my attention!

The rest of that day was fairly normal.  I rode the bus to a nearby town to teach my usual 2 o’clock English class.  When I returned home, I had no idea this evening would be my last there.  I’ll never forget the ringing of my cellphone around 6:00pm.  The caller was a Ukrainian friend who lived in another city several hours away.  He didn’t call often, so I was happy to hear from him. But I immediately noticed his tone, which was unusually direct and intensely animated. 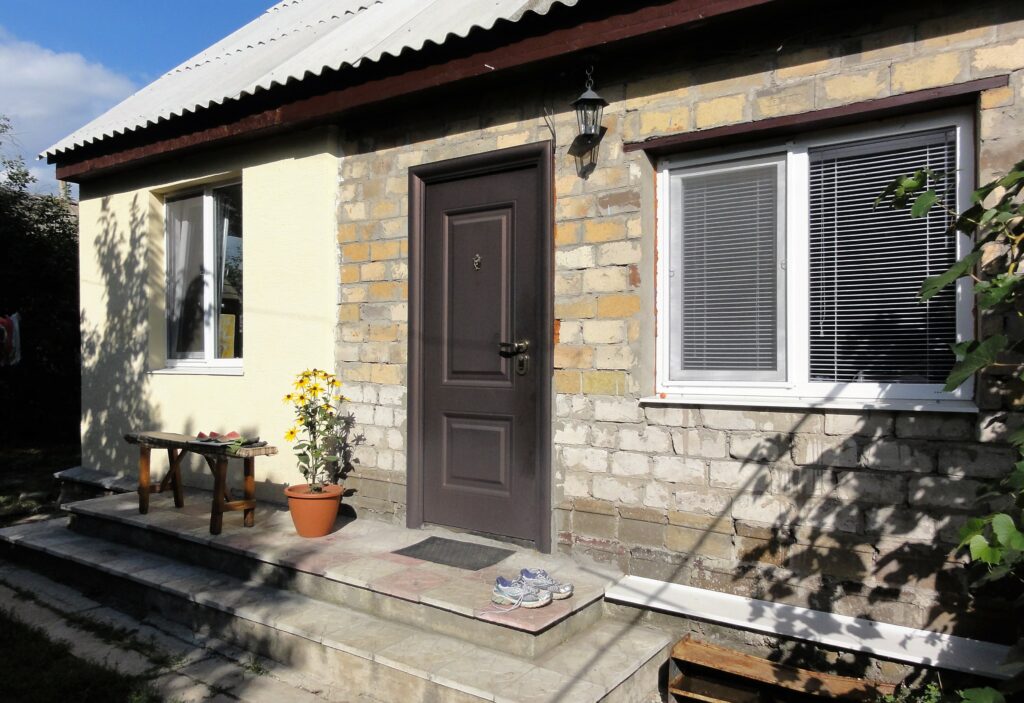 “Where are you?” he demanded.

“I am home near Donetsk,” I replied.

“Rick, you have got to leave there right away . . . tonight. Russia has started a war with Ukraine!”

I was shocked and saddened.  Again I prayed, “Lord, is this call a word from you to confirm my feelings?”  I really did NOT want to leave Ukraine.  I had finally gotten adjusted to life there and was happy in my little home in a village not far outside Donetsk. I’d seen the Holy Spirit working with several of my English club students recently trusting in Christ and receiving baptism. The thought of being torn away from my life in Ukraine brought me to my knees, truly wanting to weep as I cried out to God.

My imagination and emotions swirled as I packed up a few belongings.  I believed optimistically I’d be able to return in a few months.  In hindsight, this was blissful ignorance, and in fact, I have yet to return and have lost all remaining belongings I had left in that house. Around 10pm that evening, a Ukrainian friend drove me to the train station in Donetsk.

I stayed all night in the waiting area, unable in my state of mind to sleep a wink.  Early Tuesday morning, I boarded a train heading for the capital city of Kiev in northcentral Ukraine.  The weather was foggy, and my imagination got the best of me as I wondered if Russian troops had already reached Donetsk.  Perhaps they would stop the train!  But as the train pulled away unhindered, it appeared I had made my escape.  In actuality, it would be another month before the Russians invaded Donetsk, the fighting spreading from there to other regions of eastern Ukraine. Once Donetsk was well behind us, I called my friend.  He sounded happy that I had taken his advice, but I still wondered a bit if I had done the right thing.

So here we are over two years later. I still don’t know if or when I’ll ever be able to return to Donetsk.  While this is sad and disappointing, it has helped me greatly empathize with all the displaced persons in our world today that we call refugees. As for this refugee, I have taken refuge in the everlasting arms of the eternal God.  And over and over again, I have found Him to be a good and faithful God.

Four months after leaving Ukraine, I flew to south Poland to participate in several English and Bible camps. Every summer since 2005, I had traveled from Ukraine to participate in this fantastic and fruitful ministry to Polish teenagers. Towards the end of the 2014 camp season, I received an invitation from a pastor I’d met at one of the camps to live, work, and minister for one year in his home city of Gdansk on the northern coast of Poland. After prayer and thought, I recognized this was an opportunity from God and accepted his invitation. 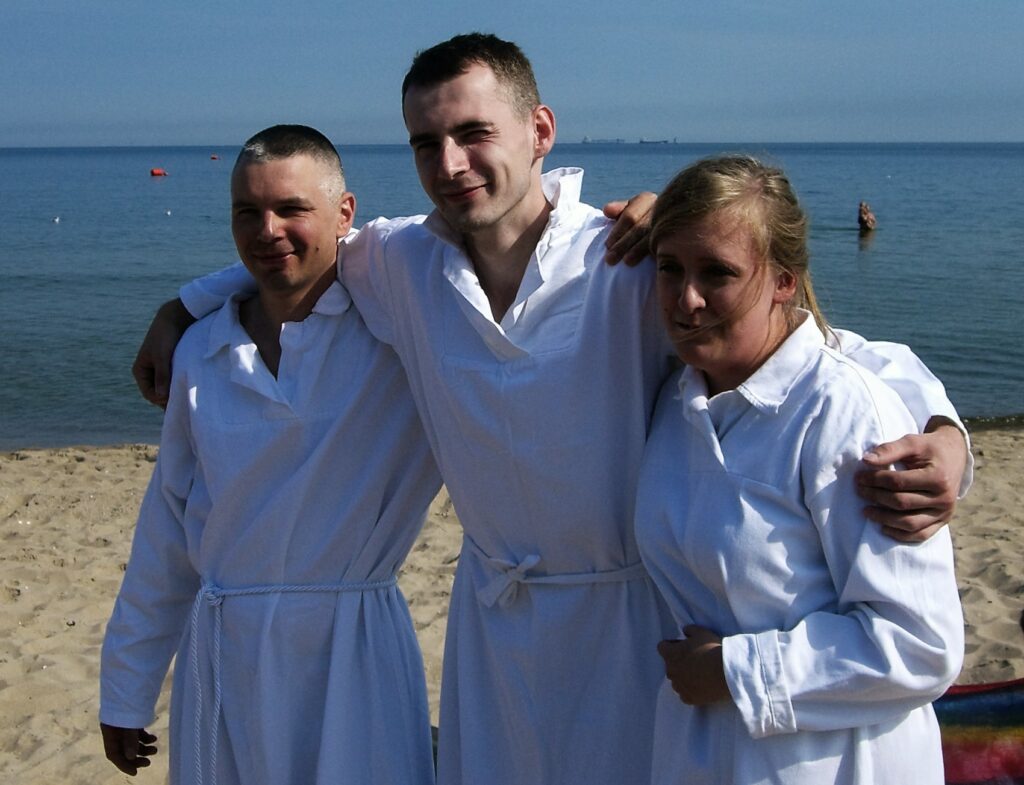 Baptism of Sylvester (center) and two other Polish Christians
at the Carrol Baltic Sea, Gdansk

The year in Gdansk proved a time of great help and healing for me.  I became part of a small church family that ministered God’s love to me in many wonderful ways. Through teaching English at a private school there, God opened doors for friendships that have led in turn to opportunities to share my faith in Jesus.

So what am I doing these days? Even as I write this article, I am currently back in Gdansk for two months. An earlier friendship has already led to an opportunity to share a clear Gospel message from the book of Genesis. I do stand amazed at the power of God’s Word. Sometimes, all it takes is giving a copy to someone and suggesting they read it.  Such was the case with one young man, Sylvester, who started attending the Gdansk church in the fall of 2014.  As he described in his own words, he was struggling in his life and fighting against God. Today he is a strong believer and growing in his faith walk. How did it happen? Through reading God’s amazing book called the Bible and through the love demonstrated towards him by God’s people in the church here. That’s the way it should be!

I am currently looking to the Lord for His guidance as to where He wants me next. Meanwhile I am very thankful for all that He has taught me through the events of these last two years, as well as the kindness and love of dear friends in Poland, Ukraine, the USA and elsewhere.  These folks are a reminder that even if I am currently homeless and a “refugee”, I will always be part of a greater family—the family of God.

We live in dangerous times, and our world may seem to be coming apart.  It’s easy to connect these troubling things with the word “crisis”.  But God sees things from a different perspective and quite possibly has a different word in mind: “opportunity”.  What opportunities is He bringing your way today?  Know any refugees that need a good dose of God’s love?  May I encourage you to prayerfully take action. You will be blessed! As God once promised a ministry leader caught in the middle of crisis and conflict: “Look at the nations and watch—and be utterly amazed. For I am going to do something in your days that you would not believe, even if you were told” (Habakkuk 1:5).