Volunteering for God-Venture in Romania

By: Jeanette Windle with Daniel Rusu

“Me! Me! I’ll do it!” Volunteering for new adventures was nothing new for BCM Romania missionary Daniel Rusu, whether skydiving in his teens or a university major with few job opportunities—aircraft engineering. But when caught in Romania’s bloody revolt against communist rule in December, 1989, Daniel could have never envisioned that within eighteen months he’d be volunteering to run a Christian children’s home. Much less to find himself openly teaching theology in a country where religious expression had been suppressed for seven decades. 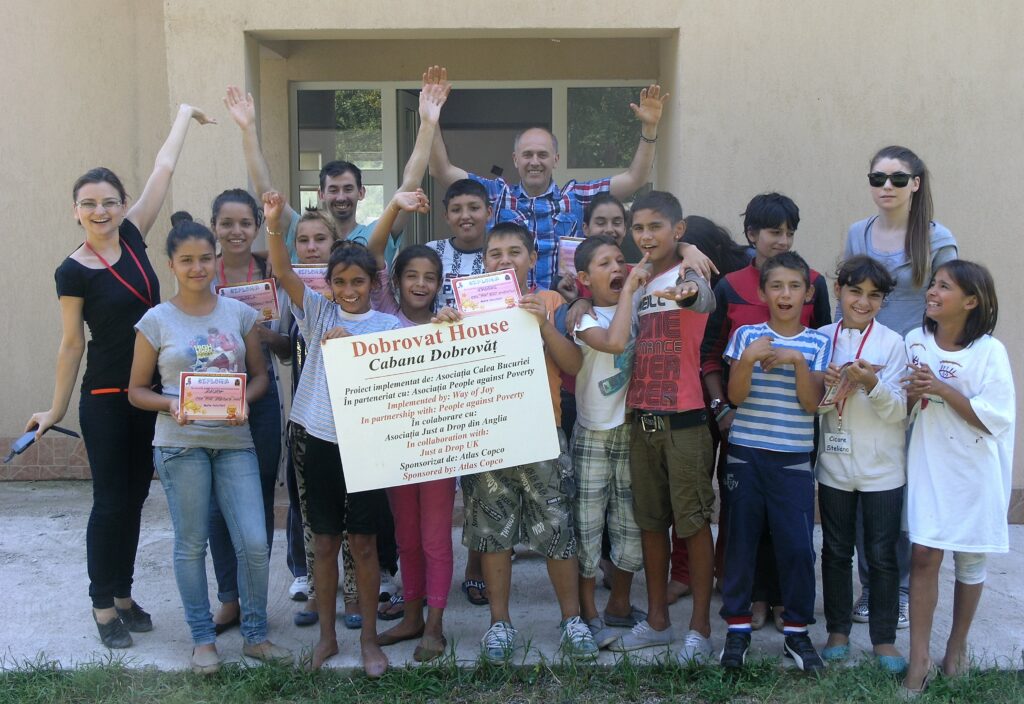 Daniel Rusu’s own father Dumitru had actually been a communist freedom fighter during the overthrow of Romania’s monarchy. When a political falling-out resulted in Dumitru’s own imprisonment, a Christian acquaintance came to the aid of his wife and two young sons. When Dumitru was released four years later, he found his wife a committed Christian. She in turn led Dumitru to Christ.

By Daniel’s birth several years later, Dumitru was a powerful evangelist in Romania’s underground church. He also helped distribute Bibles and other Christian materials, a risky pursuit under the communist regime. Dumitru passed away just months before the fall of communism. Since Dumitru was careful to protect his family, Daniel never knew growing up just how much danger and persecution his father faced.

“A friend of my father from the United States came to Romania [after fall of communism],” Daniel shares now. “When he found out I was Dumitru’s son, he asked if I remembered the time police entered our house to search for Christian literature. I had no idea!”

Simply being known as the son of Christians made life difficult. Daniel’s brothers, 8 and 10 years older, remembered well having a father in prison as well as the mocking and pressure from teachers at school when it became known that their parents had become Christians. By Daniel’s teen years, his brothers had completely rejected their parents’ faith. But they were also living very unhappy lives. 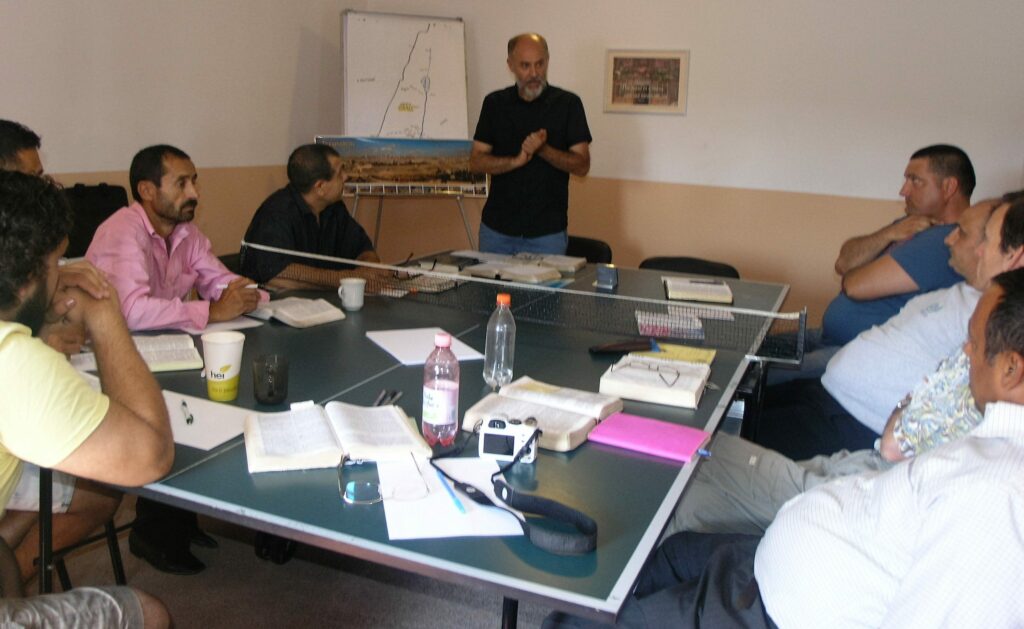 “I felt the same way until I was in high school,” Daniel remembers. “I thought people would reject me if I became a believer. But I was also scared to become like my brothers, and without the faith of my parents, I knew I would be like them.”

Daniel made an open commitment to Christ in his mid-teens and became openly involved in youth ministry. When he entered college at age 17, he did not shrink from sharing his faith, even leading one roommate to Christ. By December, 1989, Daniel had graduated from university. When the revolution began, he was working as an engineer in a plant that produced Puma attack helicopters. Television screens showed riots and government troops firing on unarmed civilians. Then orders arrived to arm the helicopters in production for missile strikes against protestors. The helicopters had taken off when the plant workers themselves rebelled. Forcing the plant director to call back the helicopters, they broke the propellers so the aircraft could not take off again.

The workers then gathered to march into the nearest city, 10 kilometers away, to join other protestors. Daniel remembers well when their crowd of a thousand-plus marchers ran into a sizeable armed force blockading a small bridge ahead. Rumor said that government troops were using only blind [non-lethal] bullets. But when the soldiers sprayed fire above the crowd, Daniel saw tree branches falling.

“Those are real bullets!” Daniel told a friend. “We have to escape by jumping in the river.”

The two did so and were eventually able to reach Daniel’s family home, where they holed up until the fighting was over. On Christmas Day, 1989, Romania’s brutal dictator Nicolae Ceaușescu was executed for genocide and war crimes. Daniel remembers well the confusion of those early days after the fall of communism:

“At first, I was thinking of trying to run away [from Romania], knowing that I could face torture. In the past, people who revolted were tortured. Then when freedom really did come, I could have left the country. But I had a feeling now is my turn. I could do what I had missed the most, sharing my faith everywhere, anywhere, anytime.” 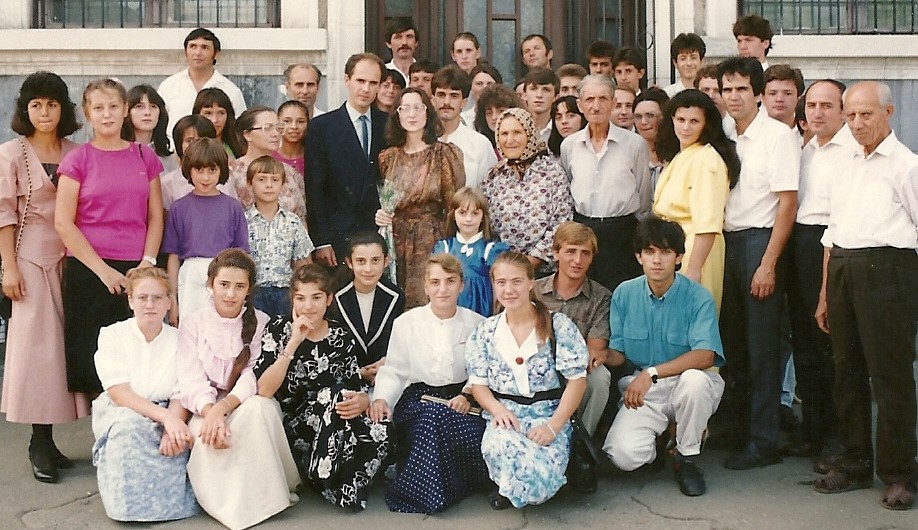 So Daniel Rusu stayed. But while he now had freedom to share his faith, he no longer had a profession since the Soviet Union’s collapse had terminated any market for Romanian-built military aircraft. But life held one bright spot. September, 1990, marked Romania’s first Christian youth camp since the fall of communism. Attending, Daniel met the winner of the camp’s Bible quiz competition, a young medical student named Daniela.

“As soon as I met her, I was very impressed with her Bible knowledge,” Daniel says now with a grin. “I knew I wouldn’t mess up if I had her for my wife!”

By the end of camp, Daniel had proposed, and by November, the young couple were officially engaged. Daniela returned to her medical studies. That following spring, a German Christian arrived in Romania, looking for volunteers to start an orphanage. Daniel’s heart had already been wrung by the thousands of orphans and abandoned children left roaming the streets since the revolution shut down all state institutions.

“Me! Me!” he immediately volunteered. “My mom was cook in a government orphanage, so I grew up chopping cabbage in their kitchen. I can do this!”

Under Daniel’s leadership, the orphanage expanded to ministry with street children, then a farm where abandoned and handicapped children could live as well as learn agricultural skills. Meanwhile, Daniel and Daniela were married in 1992. Daniela finished her degree in nuclear medicine, specializing in thyroid cancer. In time, a son, Enoh, and daughter, Ioana, were born.

But freedom had not brought complete peace to Romania, including within the body of Christ. One consequence of the communist years had been a great lack of Bibles or any systematic theological teaching. Now false cults were flooding the country, sowing chaos and dissension within the newly-liberated churches. Daniel’s concern was not only for the Romanian Christian community, but to deepen his own understanding of Scripture. He began seeking opportunities for Bible training, among them a Bible study program from the Navigators, a global Christian discipleship ministry. 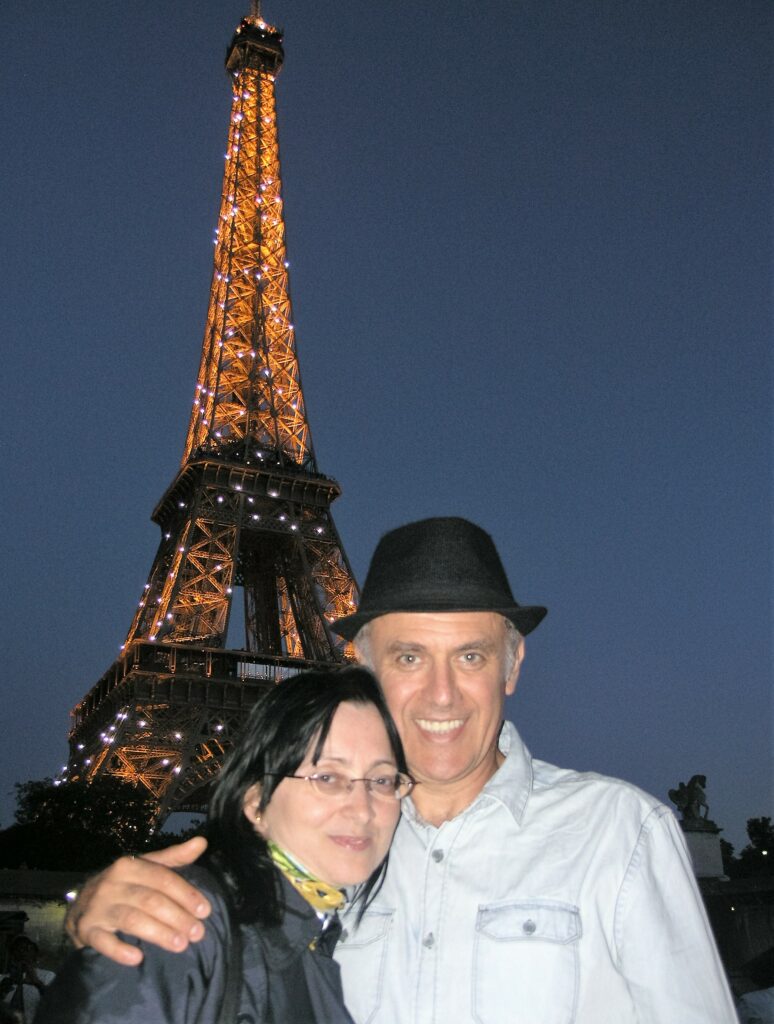 Then in 1993, Daniel was introduced to an American missionary couple who had arrived in Romania to help found a Bible college. Both Daniel and his wife Daniela were among the first to enroll for studies. In 1995, Centrul de Instruire Biblica Betleem (CIBB) or Bethlehem Bible College, was officially incorporated.

It was 2009 when the Rusus returned to the U.S. to visit ministry partners stemming from their seminary days, including Dr. Bob Evans and other BCM acquaintances. A few months later Daniel attended BCM candidate orientation. He was commissioned as a BCM missionary just in time for another major life change. Daniela received an invitation to use her medical specialty—in France.

After much prayer, the Rusus accepted the invitation. But that has not ended their ministry in Romania. Daniel travels regularly into Romania, teaching module courses at two Bible colleges. In summer, the family returns to help with youth camps and street kids ministry. From France, Daniel continues to work with Romanian students through on-line courses and other internet services. Meanwhile, since Daniel can never say no to a new challenge, he has also started outreach ministry to international university students as well as to France’s own marginalized Gypsy children.

“The Bible says to help orphans, widows, strangers,” Daniel reminds. “This is what we do.”

Daniel Rusus’ ultimate goal is to see his own students taking the Gospel to Romania and the rest of the world. He shares of a recent letter from one former student, who has given up his engineering career to serve as a missionary in Papua New Guinea.

“We have other students who have gotten involved into missions as well,” says Daniel. “Praise the Lord!”

Looking back on his journey to faith and freedom and forward to the future of Romania’s church, Daniel Rusu points to one of his own heroes of the faith, Romanian pastor Richard Wurmbrand, who spent many years in communist prisons for his faith (see biography Tortured for Christ), eventually founding Voice of the Martyrs, which works on behalf of persecuted Christians worldwide.

One characteristic Daniel Rusu has never lacked. When it comes to carrying the good news of Jesus Christ to Romania’s new generation, Daniel’s refrain remains an emphatic “Me! Me! I’ll do it!” 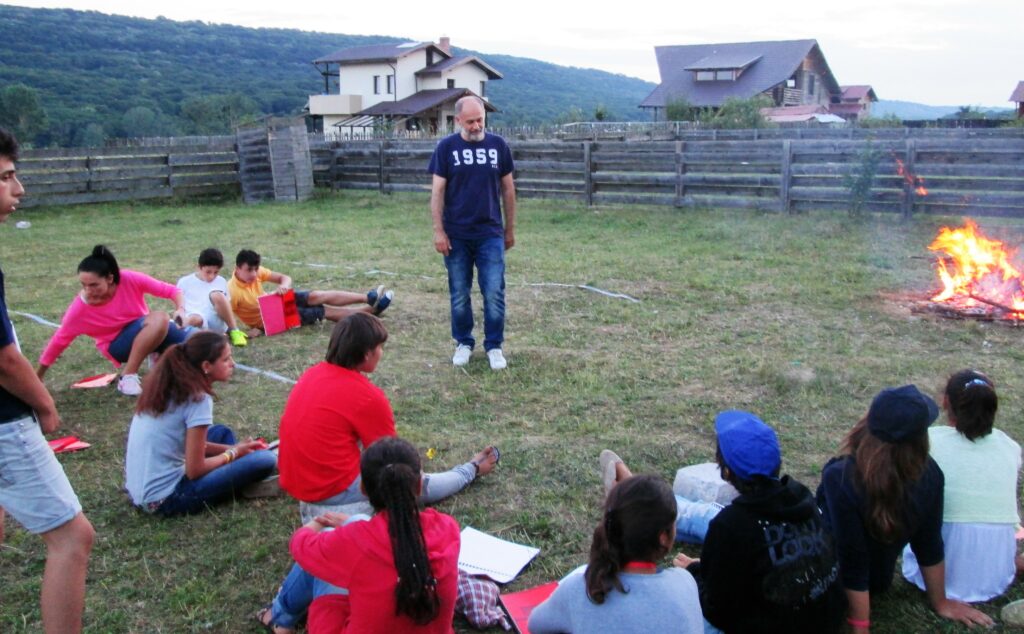