Fieldtrip with some GS children 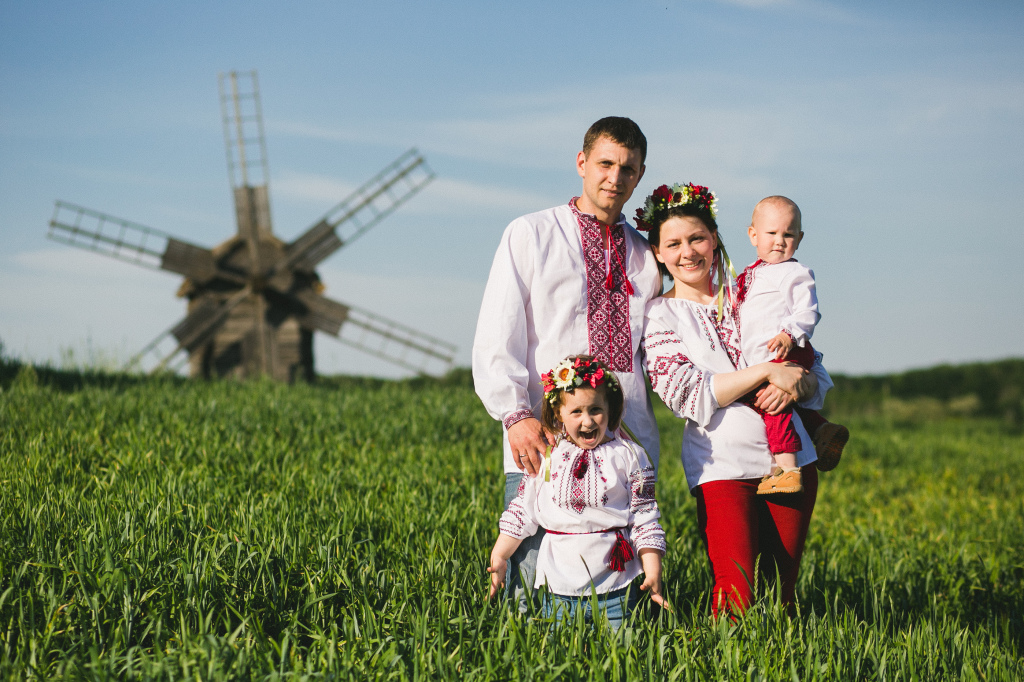 Ongoing conflict between Russia and the eastern European country of Ukraine has filled headlines around the world since Russia’s takeover of Crimea in February, 2014. As always, those most affected by war are the smallest of citizens. BCM missionary Tymofiy Anokhin (Tima) and his wife, Natasha, work with an orphanage in the Ukrainian city of Mariupol. In the midst of this deadly, no-end-in-sight conflict, they are seeking to maintain normalcy and safety for the children in their care.

Tima came to know the Lord in 1998 after a serious car accident left him reconsidering eternity without God. Tima’s parents Viktor and Nadya Anokhin have been BCM Ukraine missionaries working in deaf ministries, camps and Bible clubs since Tima’s childhood. But though he’d grown up helping his parents in camping ministries, it wasn’t until the car accident that he accepted Christ for himself. It wasn’t long afterwards when he began to work with homeless children and orphans. He explains, “At that time [1998] we had more than 300,000 orphans and homeless children just in the capital city of Kiev!”

In the year 2006, Tima met Natasha. From the city of Mariupol, Natasha had been kicked out of her home by her mother when she was only eleven years old. She survived on the streets of Mariupol for over a year before some Christian volunteers introduced her to Jesus Christ—and to an orphanage called the Good Samaritan. The orphanage had been founded by a Christian ministry with the goal of reaching street children, of which Mariupol also had many.

Natasha ended up living at the Good Samaritan for the next five years. When she finished high school, she attended a Christian university in Kiev. Her vision was to reach and help other street children such as she had once been. Involvement in this ministry brought Tima and Natasha into contact. They were married in 2007.

After marrying, Tima and Natasha began volunteering at the same orphanage where Natasha had spent her high school years—the Good Samaritan in Mariupol. The Ukraine’s tenth largest city with a population of a half-million, Mariupol is located just forty miles from the Russian border. This eastern Ukrainian city is predominantly an industrial city, complete with three large factories. However, following the collapse of the Soviet Union, many people were left without work. Others were released from prison, filling the city with criminals. Alcoholism is rampant. Many children are put on the street simply because their parents have no desire to take care of them. 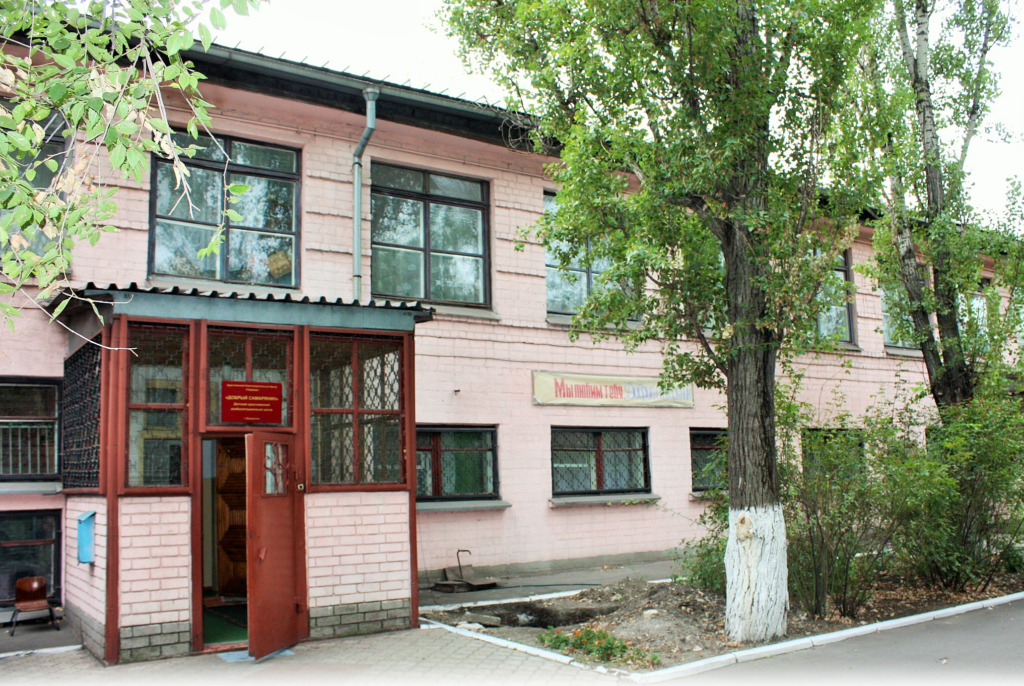 Since 2001, the Good Samaritan children’s home has taken in more than 500 children. Currently, the facility is renting a former school built in 1960. This has two floors which include a dining room, a large hall for meetings, and dormitory space enough for the thirty-five boys and girls currently living there. Twenty of these are between the ages of six and fifteen while the others are sixteen years or older.

In contrast to orphanages where children no longer have living parents or guardians, the majority of these children still have parents, which means they are not eligible for adoption. Tima calls them, “Social Orphans.” Most come from the Mariupol area with just a few from surrounding cities. Over the years, some have become true orphans, so have been able to be adopted or fostered by Christian families.

Tima and Natasha do not live full-time in Mariupol, but divide their time with ongoing ministry in Kiev—a solid 400 miles away. Along with their two small children—Angelina (6 years old) and Mark (almost 2 years old)—they travel to Mariupol for a few months at a time where as volunteers they fill in wherever needed including leading Bible studies and praying with the children, manual tasks around the orphanage or as chauffeur.

When in Kiev, Tima and Natasha work in BCM camp ministries, including upcoming winter camp that ministers to many children from the war zone. They also do outreach in orphanages around Kiev and continue to reach out to street children. All this while holding part-time secular jobs to help meet their own family’s needs.

Initially, the ongoing conflict with Russia did not affect the Good Samaritan children’s home. When Russia invaded Crimea in February, the bombing and fighting took place to the southwest of Mariupol. However, Mariupol is a strategic city since it sits near the Sea of Azov which is shared by Russia. Located between Crimea and Donetsk, it is in the middle of the conflict zone where Russian separatists have been fighting to secede and become part of Russia.

This conflict has divided the citizens of Ukraine. Many residents of the eastern part of Ukraine are Russian by descent and therefore desire to be a part of Russia rather than Ukraine. Just recently, the eastern region of Donetsk held its own elections in opposition to the rest of the Ukraine. Their newly elected president is not currently being recognized by most governments around the world. Meanwhile fighting, air raids, bombs, and threat of Russian intervention continues.

All of which has taken a toll on the children and staff at the Good Samaritan. Bombings and shootings had lessened somewhat over the summer months. But in June, 2014, the fighting once again reached a crisis stage. Out of concern for the children’s safety, the decision was made to evacuate them from Mariupol to a city called Novovolynsk which is a safe distance from the conflict zone near the Polish border. 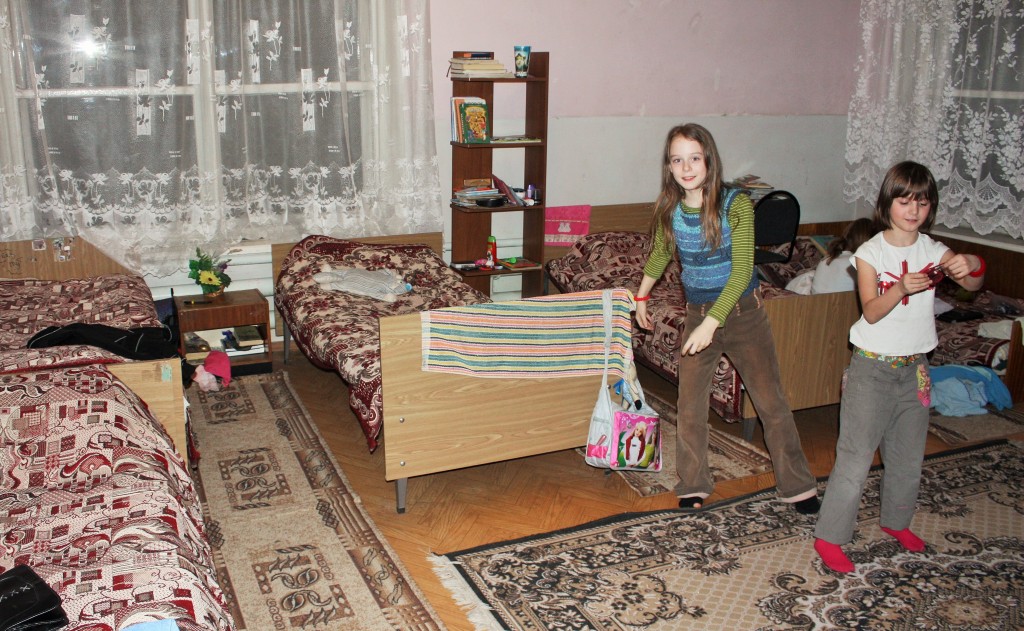 That first evacuation lasted three months. When the conflict seemed to have calmed down, the children were returned to Mariupol. But in October, 2014, the conflict escalated again. Along with the bombs and shooting, the children’s home received direct terrorist threats to burn the facility to the ground. Within a week of arriving back in Mariupol, the children had to be evacuated again.
This evacuation was more difficult because winter had set in, and the children were forced to abandon Mariupol without necessary cold weather clothing. To complicate matters, the elderly 18-passenger bus that is the orphanage’s only transportation broke down, necessitating a replaced transmission. But the children finally reached Novovolynsk again, where Good Samaritan has been able to lease a building for temporary housing. Tima has been able to visit the children several times. They have also been able to purchase some winter clothing, shoes, jackets, socks, sweaters, for the children.

“Now the children are ready for the cold winter!” Tima reports. However, urgent needs remain, among them adequate furnishings for the new lodgings since much had to be left behind in Mariupol. Funds for heating, food and other basic needs to get through the Ukraine’s cold winter are also needed. A more long-term need is for a more reliable and larger bus to transport 35+ children and staff. 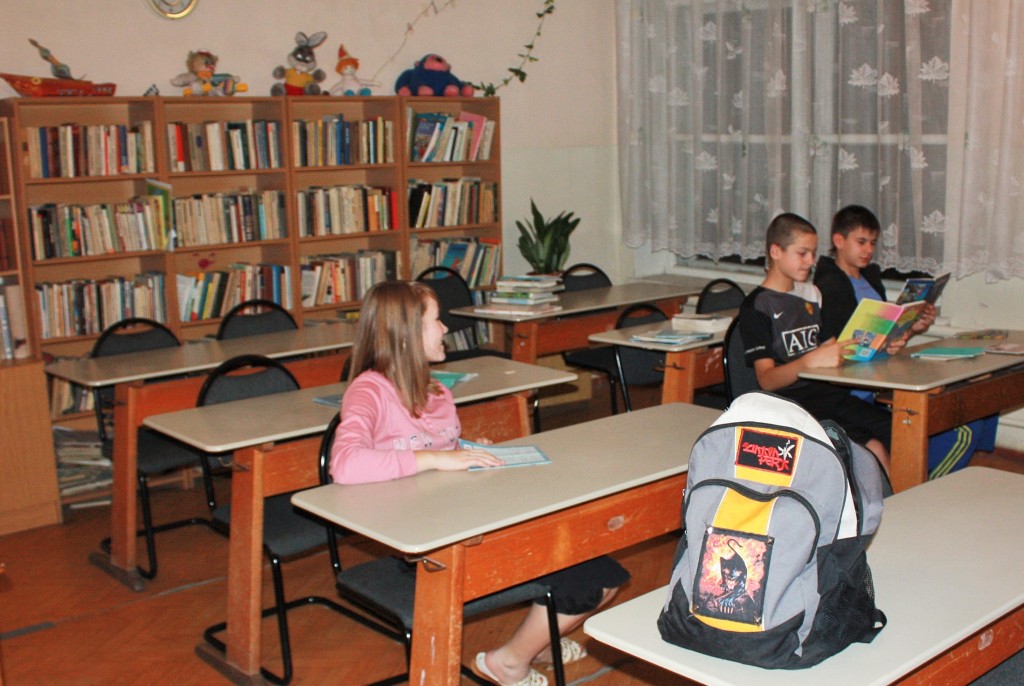 Meanwhile, the Ukraine military has seized control again of Mariupol, but fighting continues throughout eastern Ukraine. So just when the children might return to Mariupol remains unknown. But the children have settled in well to their new refuge. Tima reports that they are greatly enjoying the fresh air—away from the constant smog of Mariupol’s factories.

Pray for the safety of the children of Good Samaritan. Being moved around and misplaced during a time of war is disconcerting for anyone, much less children whose only true stability is an orphanage. Pray for provision of food, heat, and reliable transport. Pray for Tima and Natasha Anokhin and the other volunteers at Good Samaritan that God will grant wisdom in their decisions on when and where to move the children and how best to care for them in this new facility. Pray for the children that in the absence of earthly parents, they would come to know their heavenly Father.

To give a one-time donation to Good Samaritan children’s home or become part of Tima and Natasha Anokhin’s support team, click here.

We use cookies on our website to give you the most relevant experience by remembering your preferences and repeat visits. By clicking “Accept All”, you consent to the use of ALL the cookies. However, you may visit "Cookie Settings" to provide a controlled consent.
Cookie SettingsAccept AllReject All
Manage consent

This website uses cookies to improve your experience while you navigate through the website. Out of these, the cookies that are categorized as necessary are stored on your browser as they are essential for the working of basic functionalities of the website. We also use third-party cookies that help us analyze and understand how you use this website. These cookies will be stored in your browser only with your consent. You also have the option to opt-out of these cookies. But opting out of some of these cookies may affect your browsing experience.
Necessary Always Enabled
Necessary cookies are absolutely essential for the website to function properly. These cookies ensure basic functionalities and security features of the website, anonymously.
SAVE & ACCEPT