DAVE AND LOIS HAAS: PASSING ON THE BATON OF FAITHFUL FOOTSTEPS 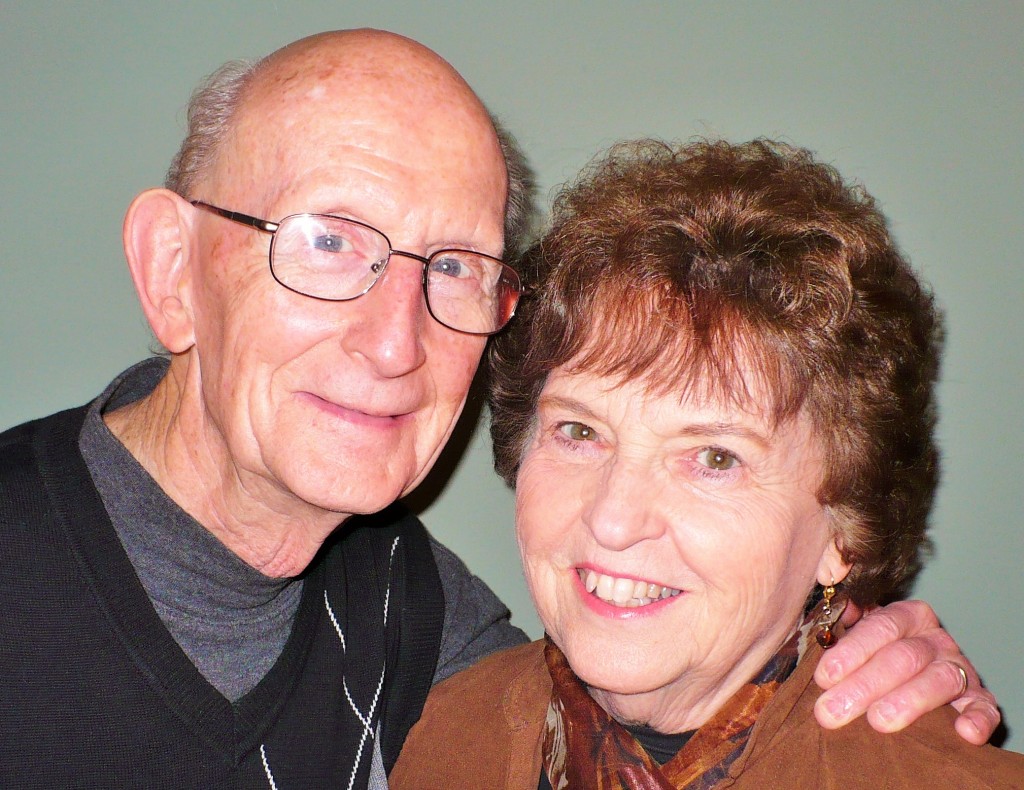 Retire? The Haases? Is that even conceivable? After fifty-six years of faithful service across numerous spheres of BCM leadership and ministry, it took an engraved invitation to their retirement celebration for family, friends, and colleagues to believe that Dave and Lois Haas were at last passing on the baton of full-time missionary service. Officially, at least.

To begin this story, turn back the calendar to 1957. Bible Centered Ministries, then the Bible Club Movement, had been in existence for just twenty-one years when BCMI founder Miss Bessie Traber invited newly-weds Dave and Lois Haas to join her in ministry. Dave had already been impacted by Bessie Traber’s ministry, coming to know Jesus Christ at BCM’s Camp Sankanac when he was just nine years old. Lois too had come to Christ through a camp experience. They’d met as children while using their musical talents in a Philadelphia area Christian radio program called Children’s Church of the Air. Both were gifted musicians; Dave played violin and piano and Lois sang.

Dave and Lois married shortly after graduating from college in 1956. When they accepted Bessie Traber’s invitation to join BCM just a year later, they could not have foreseen fifty-six years of teaching, training, writing, revising, and mission leadership. To their BCM colleagues and those they served, they would be remembered best for their gentle humor and deep love for children and fellow missionaries around the world.

Dave and Lois’s initial ministry appointment was as BCM’s first missionaries in Jamaica. That door closed when Jamaica gained independence from Great Britain and put a moratorium on new missionary endeavors there. Dave and Lois shifted focus as they were assigned to children’s ministry in the inner-city of Philadelphia. Dave taught Bible Clubs in five of the housing projects for his first year and after that began to supervise 100 Philadelphia College of Bible sophomore students who taught approximately fifty weekly Bible Clubs throughout the city.

Dave says, “Multiply that by the ten years I did it, and it adds up to a thousand students trained to teach. Even today, I occasionally run into someone who says, ‘Oh, I remember you! You made us teach a Bible Club in the city [Philadelphia].’” 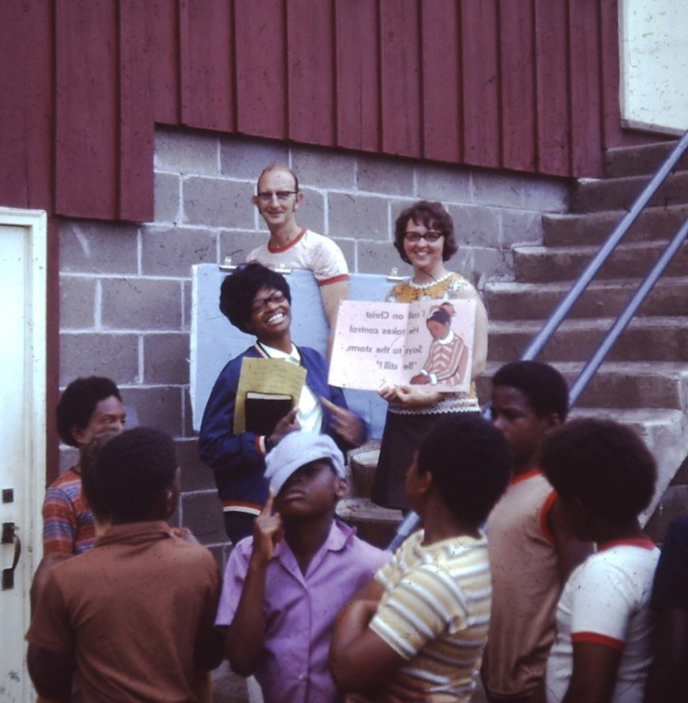 By this time Dave and Lois had their own growing family. While Dave taught Bible Clubs and led children’s rallies, Lois concentrated on raising three boys under the age of five. But they weren’t the only ones keeping her busy. BCM’s Genesis-to-Revelation Bible curriculum Footsteps of Faith, which pioneered the use of flannelgraph visual aids, was already being used to teach children in numerous languages around the world. Bessie Traber asked Lois if she’d be willing to write a preschool Bible curriculum.

Lois agreed. While she’d taught elementary school during early married life before beginning a family, she’d never taught preschool. So she dedicated herself to observing preschool classes and her own young children to get an idea of what kind of concepts preschoolers could learn and how they learned it. Finding time to write wasn’t easy for a busy mother, and Lois found herself more than once getting up in the middle of the night to write a thought or two down. The end result was Tiny Steps of Faith – a two year, four volume curriculum for 4-5 year olds, which has over the years been translated into multiple languages and remains in use around the world.

As part of Dave and Lois’ Philadelphia ministry they spent each summer working in BCM’s Camp Sankanac and Camp Streamside for a total of twenty years, beginning in 1958. Their sons David, Dan, and Doug loved being at camp all summer. In their teens they began serving along with their parents at Camp Streamside.

Lois shares, “We took our boys to camp every summer. As they grew older, they began to work at the camps. At Streamside David was a counselor. Dan worked on the grounds. Doug worked in the kitchen.  When our son Dan’s own daughter became old enough, she served as counselor there for a couple of summers as well. Doug and his wife, Chrystal, and two children worked at Camp Sankanac during boys’ camp for a couple of summers. Later Doug’s son worked for a summer at Camp Streamside.”

By this time Dave was also serving as BCM’s Director of Philadelphia Area Ministries. Then for eight years Dave was on loan to Manna Bible Institute in Philadelphia as their Academic Dean. BCM founder Bessie Traber had stepped into heaven, and Oscar Hirt, who would go on to serve as BCM president for more than three decades, had assumed mission leadership. Approaching the Haases, Oscar asked if Dave would be willing to take on some mission leadership and administrative responsibilities. This included serving as BCM’s Director of Training Services, which involved candidate orientation and seminars for the missionaries to help them grow in their teaching and leadership skills.

Dave would go on to serve as Northeast Regional Director, then USA Ministries Director, which included oversight of 190 missionaries, then Director of BCM International Publications, and finally Director of Curriculum Development. For thirteen years while directing USA Ministries, Dave served as BCM’s senior vice president. With their children now grown, Dave and Lois both were able to travel more in ministry, not only across North America but trips to the UK, Europe, Peru, India. They have been involved in leading seminars, training missionaries, and teaching workshops around the world. Dave and Lois also worked together on a team to complete a full 21st century revision of the eight-volume Footsteps of Faith curriculum. Throughout all their years of ministry, they continued to bless others as well with their musical gifts. 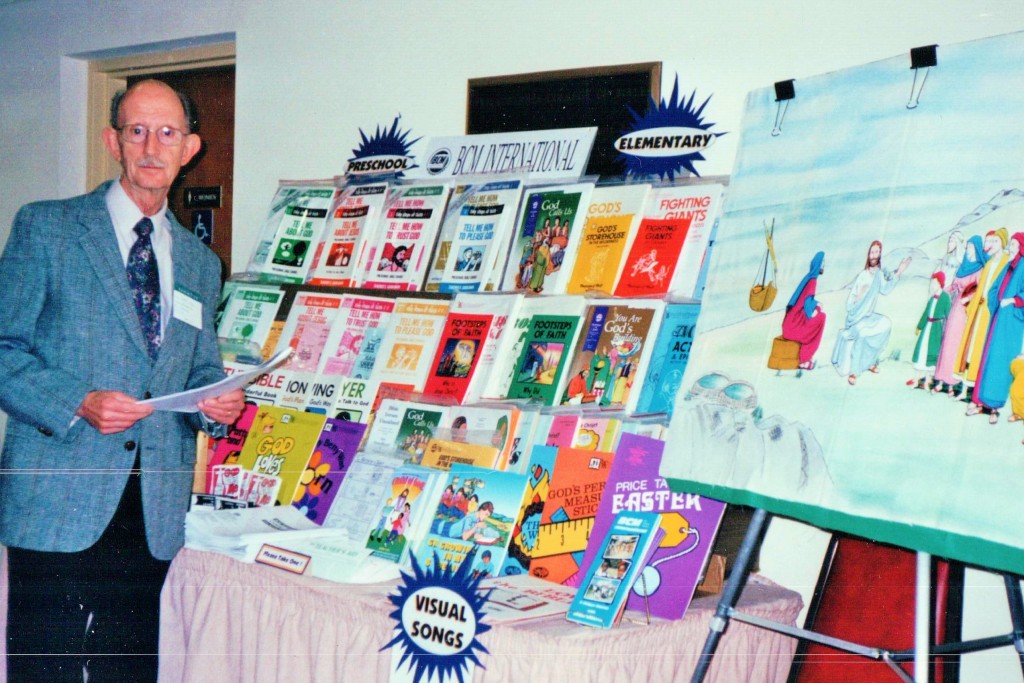 But of greater import, the leadership and insight into missions Dave and Lois Haas have offered over the last fifty-six years have impacted hundreds of missionaries worldwide. Their love for children as poured out through camp ministries, Bible Clubs, and other youth outreach, has affected countless thousands in the United States over the years.

Yet, it remains clear that Dave and Lois take none of the credit for themselves. Nor do they wish to. Their life and service have never been about themselves. It is solely about the great God they have given their entire lives to serve. Lois’ advice to upcoming missionaries sums up their viewpoint beautifully:

“The work always belongs to the Lord and can be done only through His power. It doesn’t matter who gets the credit for a job well-done as long as God gets the glory. Sometimes you’re working behind the scenes, and somebody else gets the credit for what you’ve put in a lot of time to do. But that really doesn’t matter in the long run, because it is the Lord who does the work through you, so He gets the glory. If you want to see the power of God through you, you must be willing to be stretched beyond what you think you can do, and sacrifice your comfort as you step out in obedience by faith. We’ve never felt up to what we had to do, but we learned that God strengthens us because we have to trust Him to do what we can’t do.”

When asked to share their favorite Bible verses, Lois immediately spoke up to quote Colossians 1:10: “So that you may live a life worthy of the Lord and please him in every way: bearing fruit in every good work, growing in the knowledge of God.” Lois explains, “I don’t want to waste my life and my time and my energy on something that isn’t going to be worth something to God.”

Dave adds that his favorite verse is Colossians 4:17: “See to it that you complete the ministry you have received in the Lord.”

Dave and Lois, you certainly have not wasted your lives. And while we as a BCM family offer a hearty congratulations on your retirement, we are certain your ministry is not yet complete. Thank you for all you’ve done for the Lord, and all you continue to do. With our heavenly Father, we can say, “Well done, good and faithful servants!” 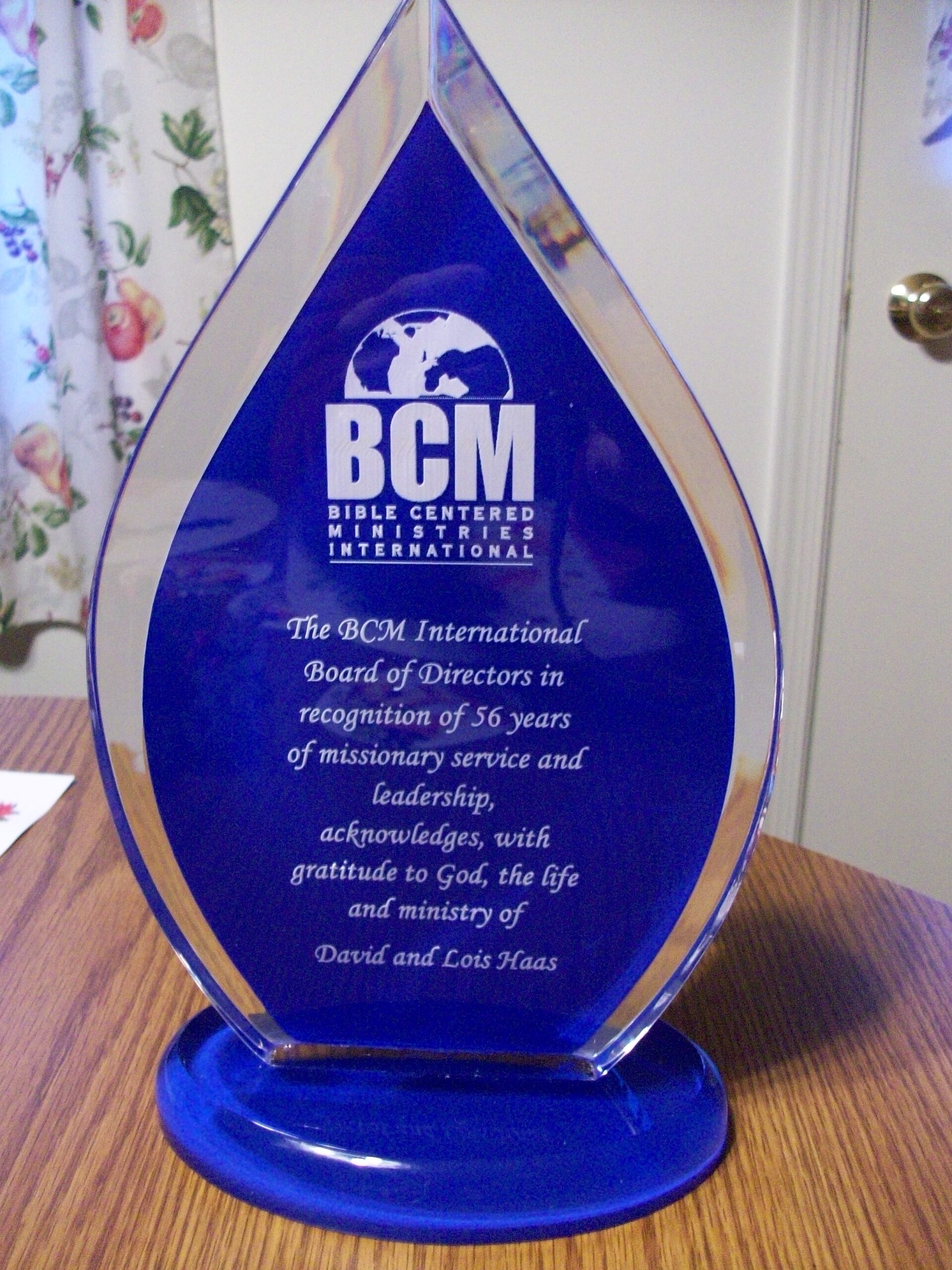 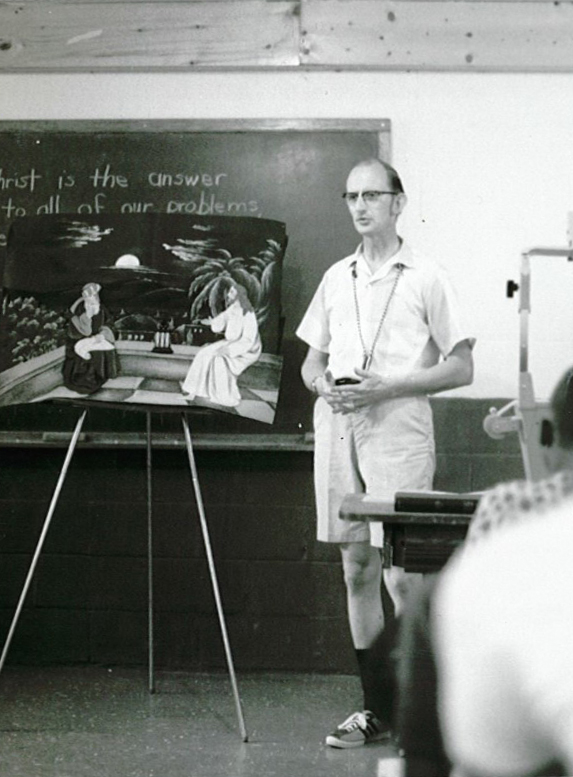 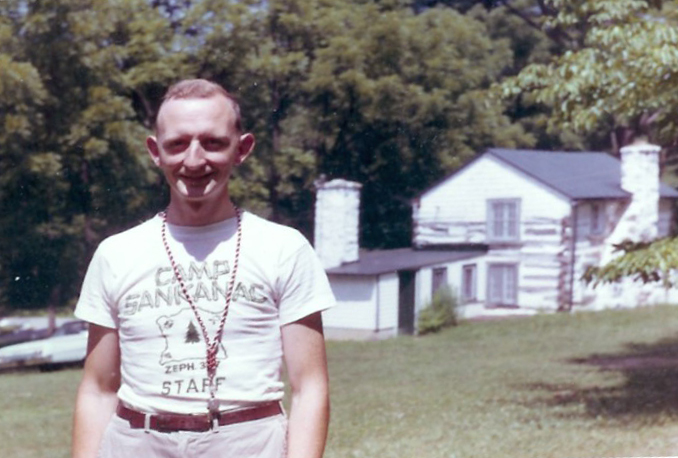 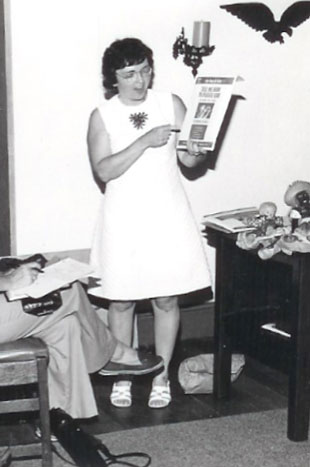 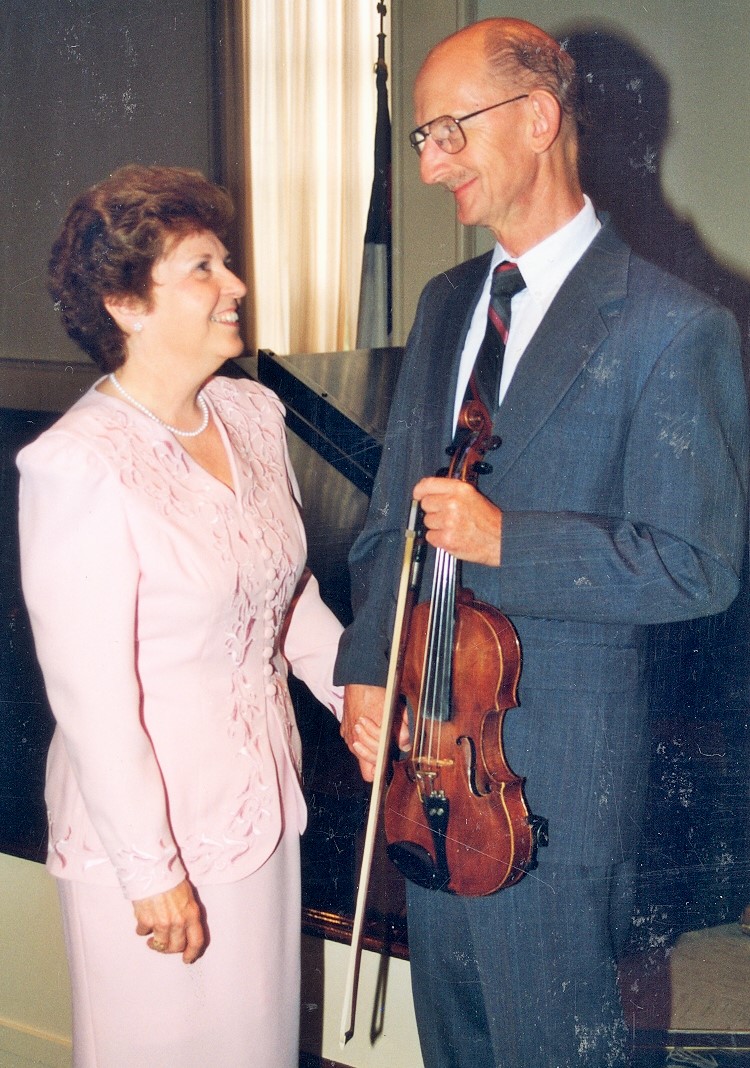 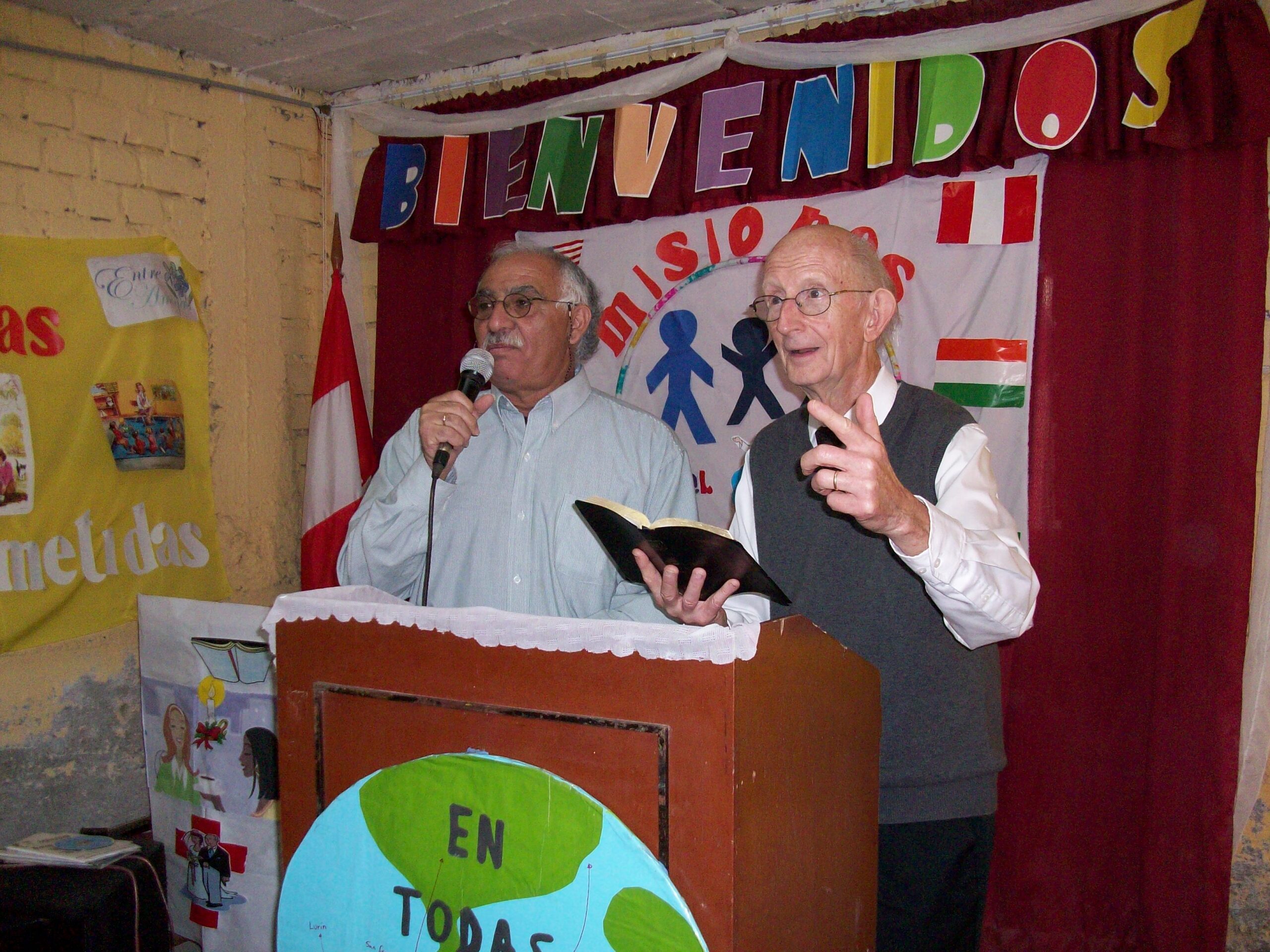 2009 Dave preaching in church in Peru 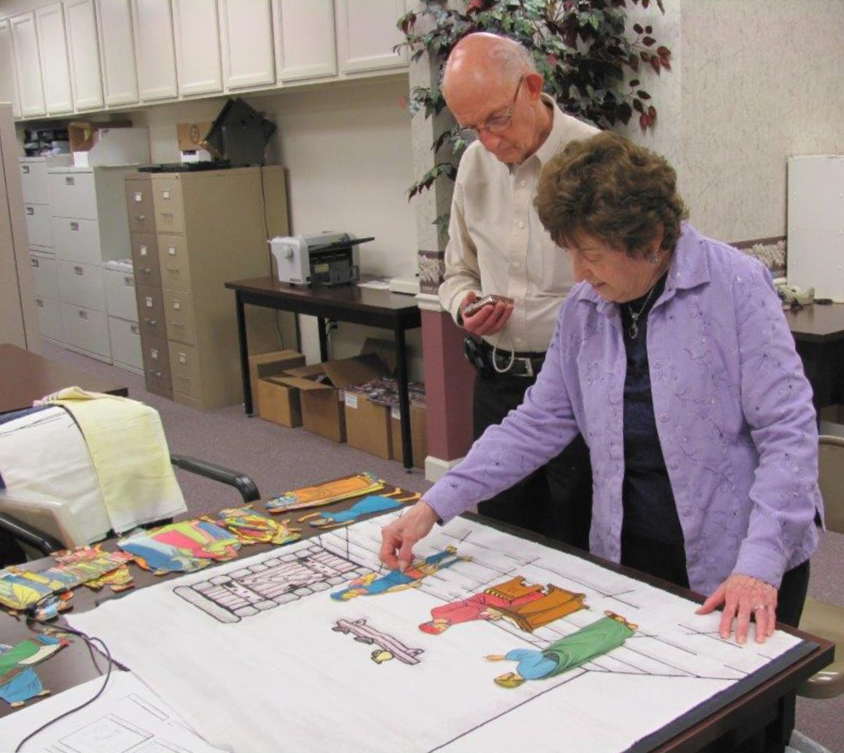