By: Lisa Biegert with Stephen and Jane King 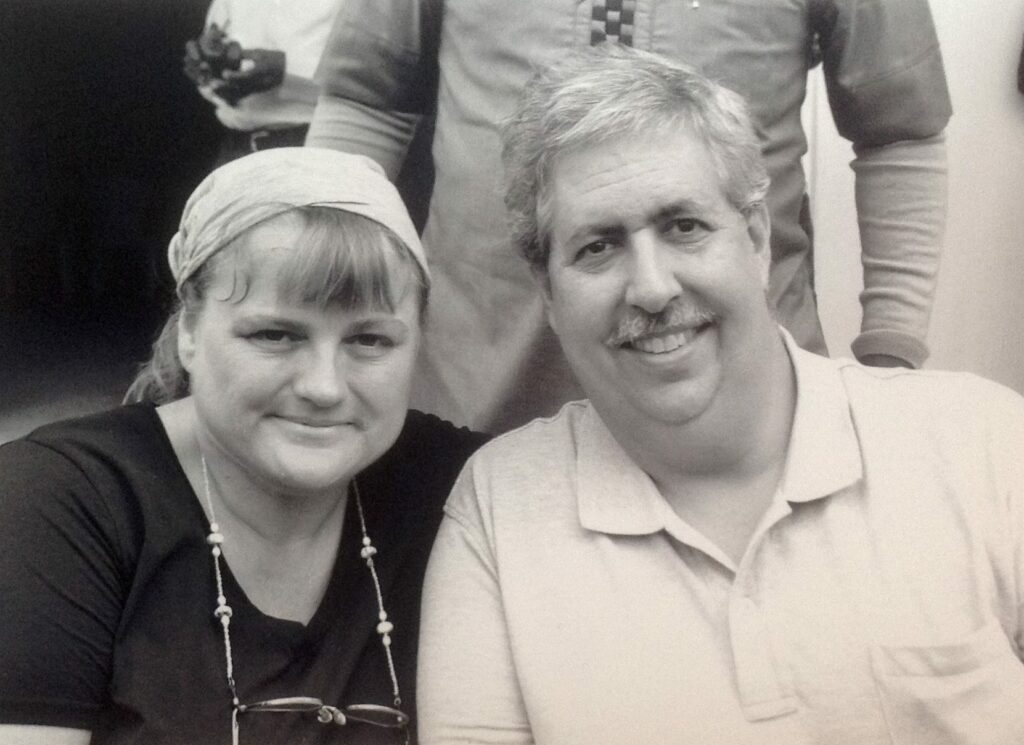 “How can I not go?  Just like Queen Esther, if I live, I live, but if I perish, I perish. I must do God’s work.” So writes “Aunty Aida”, a Nigerian Christian who teaches BCM’s children’s ministry training course In Step with the Master Teacher (ISMT) in regions dominated by Islam.

Her courageous attitude could be echoed by BCM Asia/Africa regional director, Stephen King, and his wife, Jane, recently returned from their own latest ministry trip to Nigeria. BCM missionaries since 2008, the Kings came to missions from a professional background, Stephen in technology and management and Jane a teacher. They’d spent many years in lay ministry in their local church with the youth and leadership when they recognized God was calling them to full-time ministry.

After completing candidate orientation in August of 2008, they jumped right into service.

Stephen filled a variety of roles at the IMC, while Jane became a global ISMT trainer and continued teaching at a Christian school. Their ministry took a new direction with their first trip to Nigeria in September, 2010. Africa’s most populated nation at more than 190 million, Nigeria became a focal point of international attention due to the rise of the terrorist group, Boko Haram, notorious for its kidnapping of school girls from Chibok. Islamic terror attacks and religious persecution are daily occurrences for Nigeria’s sizeable Christian community.

BCM ministry began in Nigeria in 2008 when Rev. Ishaku Yaro, National Coordinator for Children’s Ministry for ECWA, Nigeria’s largest evangelical denomination with more than five million in attendance, invited BCM to present ISMT in its 6000+ churches. Following an initial ISMT training there in 2008, Stephen and Jane King spent more than three months in Nigeria between September 2010 and February 2011. Joined by other BCM trainers from Russia, South Africa, and North America, they taught not just basic ISMT courses, but Train the Trainer (TTT), which prepares gifted national leaders to become ISMT trainers (see Because Children Really Do Matter, BCM World Magazine, Spring, 2011).

The Kings have been back and forth to Nigeria multiple times since 2010, staying for a few months at a time and conducting weekly ISMT trainings in different cities. Stephen expresses, “This is great, but with more than 6000 ECWA churches alone in Nigeria, plus other denominations who have participated, there is still a need for more trainers. For the last few years, our travels to Nigeria have been focused on training trainers. We want to equip capable children’s ministry workers, who can then go out to places we never could go to continue equipping others.  We use 2 Timothy 2:2 as our ministry model.”

In 2014, the Kings had to cancel a planned trip due to an Ebola crisis in the region. While at first disappointed, the Kings were able long-distance to equip and facilitate onsite TTT graduates to carry out the first level of Train the Trainer themselves.  Jane shares, “In retrospect, we see these circumstances as a catalyst for tremendous growth in ministry.  Our goal in Nigeria has always been to equip and encourage the national church for the task of reaching the Nigerian children.” 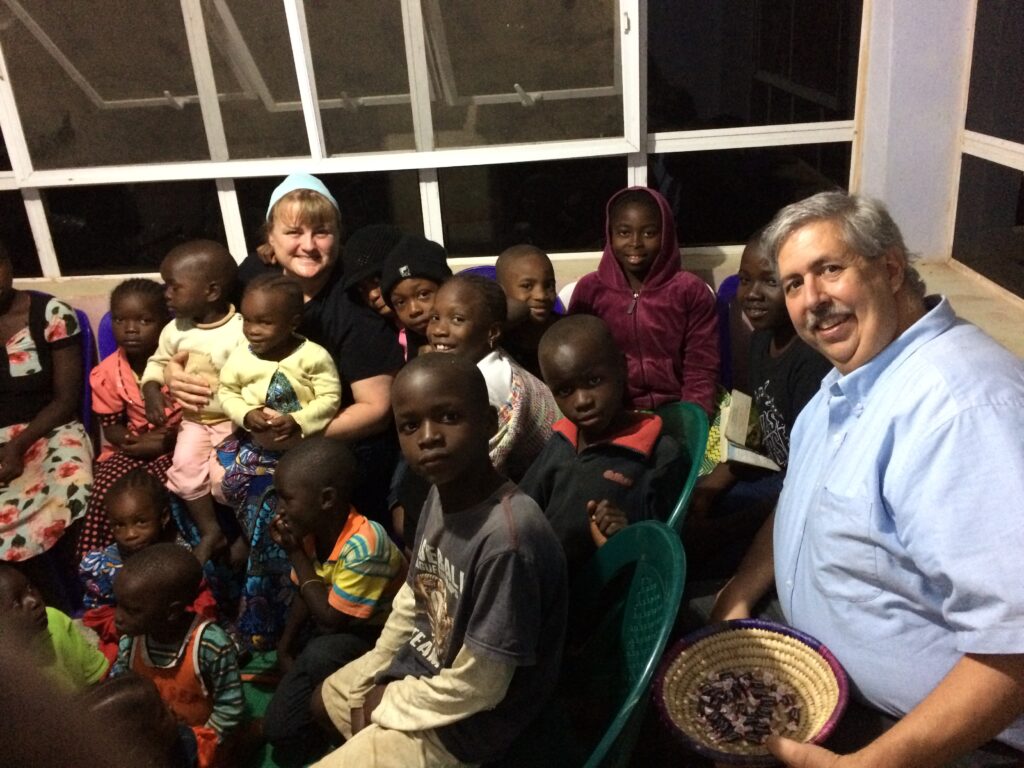 The Kings have also traveled to Niger to hold trainings there. On every trip, Stephen spends substantial time with pastors and church leaders, challenging them from God’s Word to develop a vision for children’s ministry. Each time, he hears the same response: “We did not know that God spoke this way about children! We must change, and we must do better.”

One Train the Trainer graduate, Martin, an elder in his church, challenged his church leadership to invest in children’s ministry. When he met with resistance, he took it as a spiritual challenge to rely on the Holy Spirit, fasting and praying with other teachers that God would provide for the money and location for a holiday Bible club. Ultimately, they were offered seminary grounds to hold the Bible club. Not only did many children hear about Christ, but God supplied so abundantly they were able to donate leftover food to the seminary and give the remaining funds to the pastor and church leaders as an offering and testimony to how God had met all of their needs.

When Queen Esther went before King Xerxes to plead for the lives of the Jewish people (Esther 4:16), she knew the personal risk involved. Similarly for the Kings, serving God in Africa has not been without its risks. Both Stephen and Jane have contracted malaria multiple times.  Malaria is a mosquito-borne illness that causes extreme flu-like symptoms and remains dormant in the body, triggering periodic relapses.

They’ve also faced the reality of Islamic extremism. One Niger church where they trained volunteers for two weeks in 2013 was burned to the ground by extremists in January of 2015. In Nigeria, they used to travel extensively, but due to the growing extremist threat, they now stay in one location and let trainees come to them. This originally seemed a setback, but Kings have seen more people from diverse regions able to attend through holding training events in a single, safe location.

Jane elaborates, “By trainees coming together from multiple districts, there was a cross-pollination of ideas and experience which enhanced the learning for everyone involved. Since then, all our trainings have followed this model of using one central location.”

In 2015, Stephen King was appointed BCM’s Africa/Asia Regional Director, which now means travel to many countries from South Africa and Madagascar to Sri Lanka and the Philippines.  But continued leadership training in Africa remains a heart priority for Stephen and Jane both. 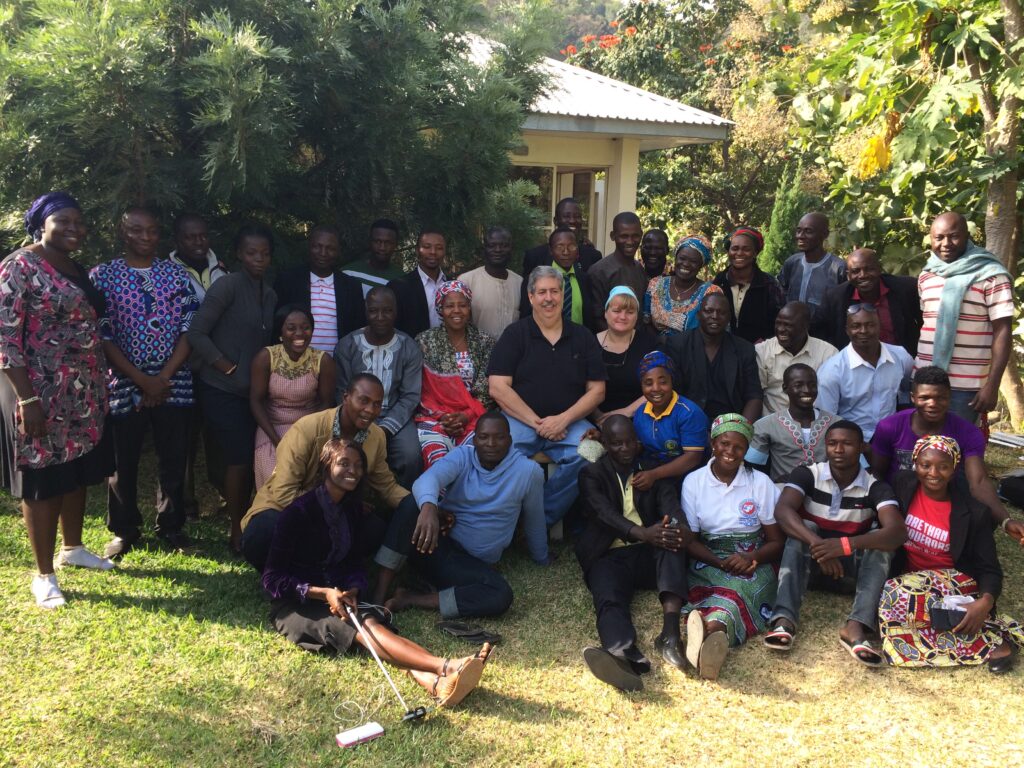 In November, 2016, the Kings returned to Nigeria, this time focusing specifically on in-depth Train the Trainer instruction. Each week a new group of approximately 40 ISMT trainers from different regions of Nigeria would arrive at the Christian retreat center hosting the event for a week of intense instruction 10-12 hours a day.

One highlight of this trip was meeting together with the original Train the Trainer pilot group from 2010-2011, which included debriefing how they have been using and adapting the TTT material. Jane shares, “We were able to learn a lot from their feedback and experiences. In fact, their input will be reflected in revisions I am currently working on for ISMT.”

But even more exciting was being invited to join ECWA’s 2016 Sunday School Summit convention with more than a thousand children’s ministry leaders in attendance from all over Nigeria. The climax of the conference was the presentation of ECWA’s new chronological Bible Sunday school curriculum, developed under the leadership of national children’s ministry coordinator Rev. Ishaku Yaro. Seventeen of the TTT regional leaders Steve and Jane trained were involved in the curriculum development, and the Kings were delighted to see how many elements from ISMT training had been incorporated into the new curriculum. Stephen and Jane King were thanked for their contribution to the training of leadership and its impact on the creation of the curriculum.

As of 2017, more than two hundred Nigerian ministry leaders have received the full Train the Trainer program. These in turn have gone on to equip thousands of children’s ministry workers throughout Nigeria. Jane adds, “We remain in contact with many of them and continue to receive reports of trainings and children’s programs that are scheduled throughout the country.  We have heard stories of people attending these trainings, and through the lesson of ‘Presenting the Gospel’ have for the first time understood and received salvation through Christ.”

Going back to ISMT trainer Aunty Aida’s quote from Queen Esther, Stephen and Jane King note that Queen Esther might have been the catalyst that saved the Jewish people, but the story was never truly about her. It was about God placing a young Jewish girl in a position of both danger and opportunity “for such a time as this” (Esther 4:14).

“From the beginning of our ministry in Africa,” Jane King reflects, “we understood it was never about us. A ministry that depends on us will also end with us.”

One truth the Kings’ African ministry experience has made evident—that persecution and terrorism is no obstacle to God’s people, but merely a catalyst for the spread of the Gospel. If God brought Stephen and Jane King to Africa for such a time as this, it is the multiplication of their ministry by thousands of “Auntie Aidas” courageously doing God’s work, live or perish, that is ensuring a next generation of Nigerians will be raised knowing, loving, and obeying God.