A Look Back at BCM Netherlands

“I was part of the very first Bible club.” Wil Buitenweg had just arrived for seniors camp at BCM Netherlands’ Bijbel Club Centrum ‘De Herikon’, but she paused in her unpacking for an interview. “There were only five of us. It was just after the War where everything was so destroyed and bleak, so the bright colors and figures of the flannelgraph were something new and attractive for us. And, of course, the houseboat.”

The Netherlands was still reeling from World War II’s physical and spiritual devastation when an American BCM missionary Anne Punt arrived in November, 1949,  to team up with Dutch colleague Annie Verboom in bringing the healing Good News of Jesus Christ to Amsterdam’s war-scarred newest generation. A single third-floor room in a canal-front house served as both living quarters and clubroom. If the first Bible club drew only five children, it quickly grew. The ‘Annies’, as three generations of Dutch children would come to call them, soon saw they needed bigger quarters. A whole house, perhaps? But in post-war Netherlands, housing was in short supply.

A government permit was necessary to change one’s place of residence, and these were in even shorter supply. The answer to their prayers only illustrates God’s boundless creativity. If there were no houses for rent, the ‘Annies’ learned of a houseboat for sale. At that time houseboats plyed the Dutch countryside’s waterways; they weren’t fixtures of Amsterdam canals. But the city officials had seen Anne Punt and Annie Verboom’s work with Amsterdam’s traumatized post-war youth. A houseboat in the city was a novelty. But if it could keep young people off the streets, why not! 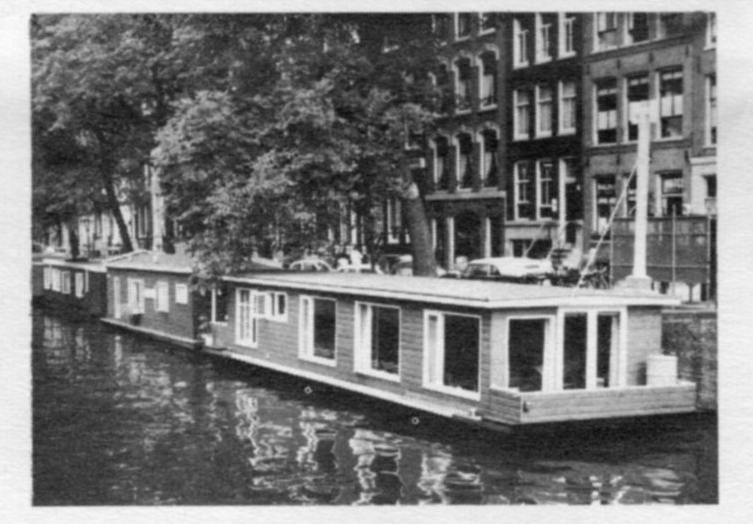 Our BCM Houseboats in Amsterdam

Freshly painted, window boxes bright with flowers, the houseboat was docked on the Herengracht Canal right across from the house where the ‘Annies’ had been living. Along the side, lettering proclaimed ‘Bible Club Movement, Philadelphia, USA’.  For the next decades that boat and its even bigger successor served as BCM headquarters, clubroom and living space as well as a landmark for the sight-seeing boats motoring past it each day. Today houseboats line Amsterdam’s canals, and a trend that began with the ‘Annies’ creative housing solution is now a major tourist attaction.

Meanwhile, that first group of five clubbers grew to hundreds of children in Bible clubs and release time classes around Amsterdam. Wil Buitenweg’s fondest childhood memories include hurrying down the street to the houseboat for Bible club activities, then as she reached her teens, youth meetings and camps. By then she was helping teach Bible clubs herself.

“I can’t remember a time in my growing up when I wasn’t involved in BCM Bible clubs and camps,” Wil reminisces. Those experiences fostered a desire to serve God with her life. After attending Caperwray Bible school in Glasgow, Scotland, Wil headed to the Philippines with Overseas Missionary Fellowship (OMF). Now retired,  she is delighted to come back to the BCM clubs and camp where she first heard the Gospel and began her own ministry service.

Wil Buitenweg isn’t the only ministry leader to come from those early Bible clubs. Kees Brussel was 13 when the first BCM Netherlands youth camp was held in 1953. “My aunt said to me, how would you like to go to a camp on a farm?” Kees shares now.  “I was from Amsterdam and had never seen a farm or cows, so it was a real adventure. We even got to sleep in the barn.”

That week Kees accepted Christ as his Savior. It was back in Amsterdam on the houseboat that he met his future wife Nellie, who also attended the Bible clubs. By the time Kees and Nellie were in their teens, they were part of a growing group of young people who’d come to know Christ and been discipled in BCM’s Bible clubs and camps and who now wanted to serve God themselves. Once a week they met with the ‘Annies’ to study a Bible lesson. Then in teams they went out to teach the lesson at a Bible club.

Then came the year Anne Punt and Annie Verboom both traveled to the U.S. Kees and Nellie were left in charge of the houseboat ministry. “We had a lot of eyes watching us,” Nellie remembers with a smile. “But we weren’t interested in each other then, only the Bible clubs.”

That changed. In 1963 Kees was offered the opportunity to study at Philadelphia College of the Bible (now Philadelphia Biblical University) near BCM’s international headquarters in Pennsylvania, USA. Before leaving, Kees asked Nellie to marry him. Nellie accepted and waited five years for Kees to finish his studies before they were able to marry. Together they moved to the north of Holland to serve as BCM missionaries.

Camps remained a part of each summer’s ministry. By now the first generation of Bible clubbers were grown with children of their own. They happily sent their children to BCM summer camps, but they weren’t about to give up the fellowship and Bible teaching they’d enjoyed growing up. So began the first family camp. Camps for young adults, young married, then older married couples followed. Over the next decades as those couples reached retirement age, the first camp was started for senior citizens. Today the Netherlands still maintains BCM’s only camping program that has, as they like to joke, “something for everyone from the cradle to the grave.” 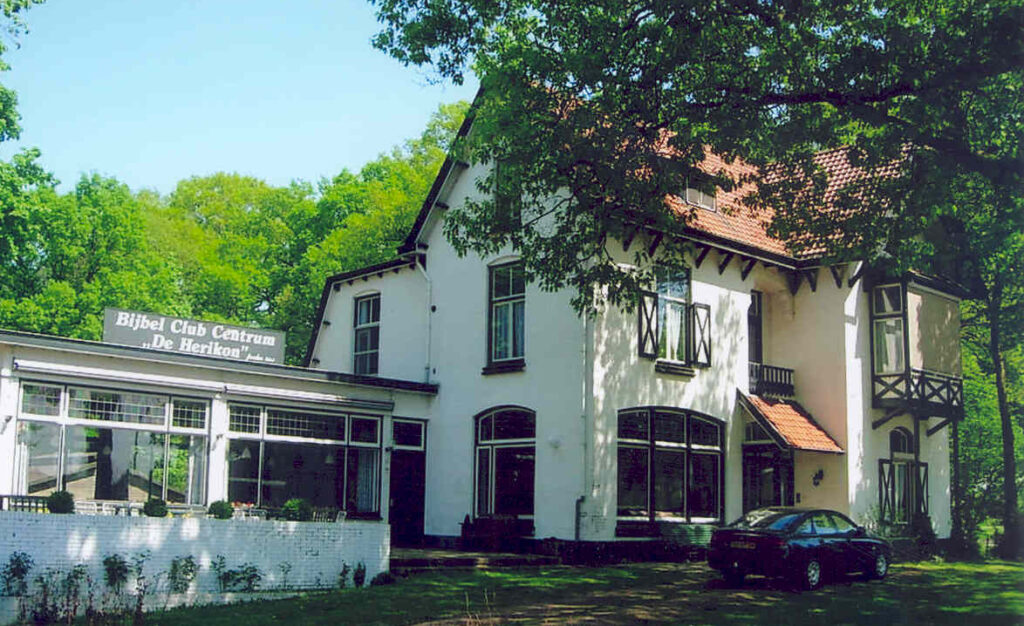 “Literally sometimes,” adds Mark Brussel, Kees and Nellie’s son and current director of BCM Netherlands, “as older people who grew up in our camps sometimes ask my dad to bury them.”

The first camping seasons were held in whatever facility was obtainable. By the early 80s the ‘Annies’ had relocated to Putten, a town about two hours’ train ride from Amsterdam. They began looking for a permanent camp center. The most attractive option was a large historical home set in spacious, wooded grounds. Built in 1903, the property had served as a hotel for German officers in World War II. But the sale price was prohibitively expensive. The property was rented instead to a secular youth organization, who promptly painted over the windows in black. Within a short time its weekend revelries had a reputation for drugs, occultic rituals, and trouble with the police. A year later the property was up for sale again—at a much reduced price!

“That summer there was no camp,” says Mark Brussel, “because we all spent it cleaning, painting, and repairing the property.”

The refurbished town trouble spot became Bijbel Club Centrum ‘De Herikon’, or ‘Bible Club Center ‘The Lord is King’. In 1989, when Anne Punt and Annie Verboom retired, Kees and Nellie Brussel relocated to Putten to take over leadership of BCM Netherlands and the camp center. ‘De Herikon’ has never missed a camp season since. Many of those original Bible clubbers are seeing their grandchildren and even great children at camp.

Why is this so important? Mark Brussel, who took on the leadership of BCM Netherlands in 2002 when health reasons necessitated Kees stepping down to a less strenuous role, takes time from the flurry of senior camp registration to explain. As in so much of Europe, less than 10% of the Dutch population attend any church service while Bible-believing evangelical protestant churches are small and far apart. ‘De Herikon’ has brought together three generations of Christians from across the Netherlands to fellowship and study God’s Word together.

“A lot of people, especially youth, share how this place has become a home to them where they feel loved and accepted,” adds Mark. “Many return to tell us that this is where they’ve received relevant and practical Bible teaching that has brought the Bible to life in their daily lives.”

Currently nine missionaries and many more volunteers make up the BCM Netherlands team. Reaching beyond their own Bible clubs and camps, their goal is to provide training and support for Bible-believing local churches anywhere in the Netherlands. Already they are using the Dutch translation of In Step with the Master Teacher for training Sunday school and children’s ministry leaders from a wide spectrum of church groups. A Dutch version of BCM’s Bible curriculum Footsteps of Faith as well as the Mailbox Club are getting a new look complete with interactive CD-Rom. Leadership training material is in the process of development.

“What are we trying to accomplish?“ Mark Brussel goes on to answer his own question. “Simply to teach God’s Word and demonstrate that the Bible is still relevant for every day and has something to say about every issue of daily live.”

A paraphrase of Psalm 78:4-6 that sums up well BCM Netherlands’ vision for the future as well as the past: “We will tell the next generation the praiseworthy deeds of the Lord, His power and the wonders He has done . .. so the next generation would know them, even the children yet to be born, and they in turn would tell their children.”

After three generations, BCM Netherlands has every intention of continuing to do just that!