Responding to a New Macedonian Call 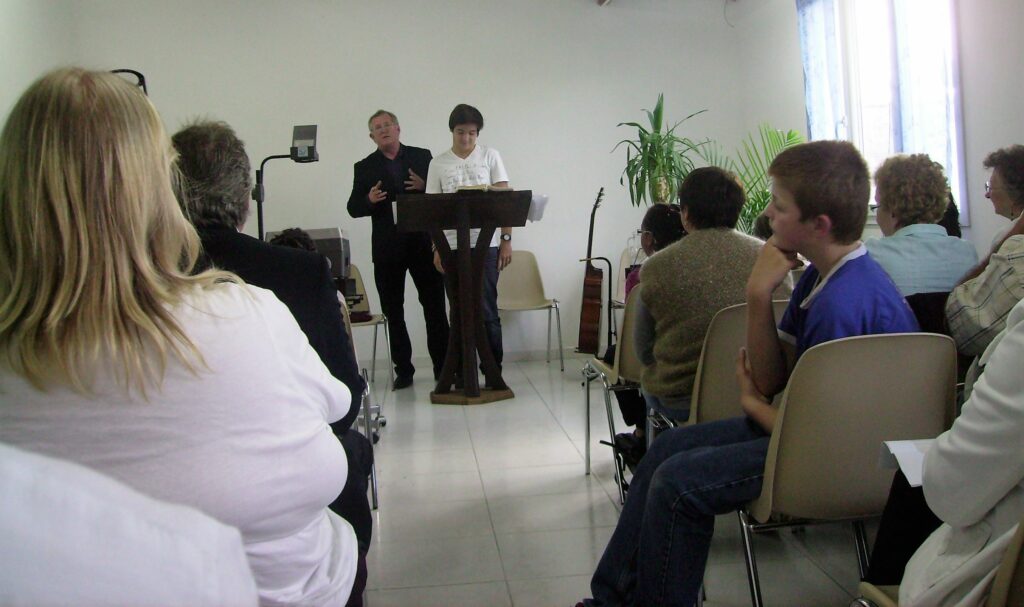 By: Lisa Biegert with Chuck and Cathy Powers 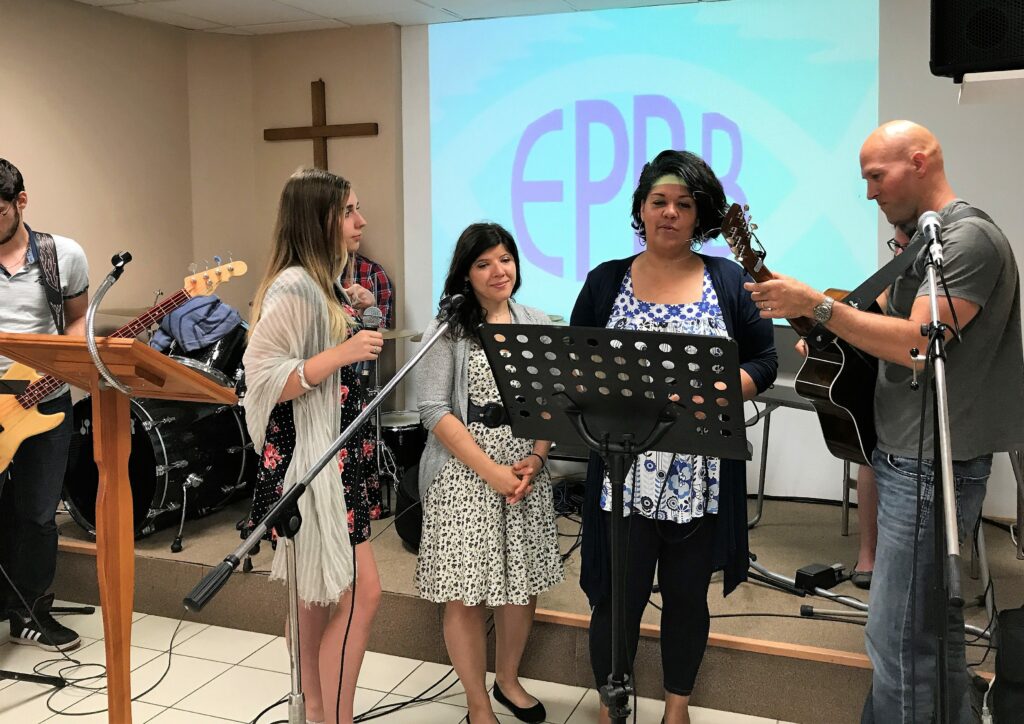 Tucked away in the north of France is a small town known for its beautiful pottery and quintessentially French countryside. But beneath its picturesque exterior, Desvres hides a spiritual darkness. The area is steeped in alcoholism and has the highest suicide rate in all of France. Unemployment is high, occultism rampant, and any gospel witness almost non-existent. For thirty years, one Desvres resident prayed faithfully that God would send a pastor to start a church there. She was 82 years old when she saw her prayer answered with the arrival of BCM missionaries Chuck and Cathy Powers.

The Powers, originally from the United States, had served as BCM France directors for more than twenty years in the city of Toulouse in southern France when they were invited to Desvres to conduct a funeral for a former homeless alcoholic the Powers had invited to an evangelistic outreach in Toulouse, where he received Jesus as Savior. Originally from Desvres, René returned home to be with family when he found out he was dying of cancer. When he passed away, his family asked Chuck to conduct the funeral.

“After the service, three unsaved women came up to Chuck and asked him to move there,” Cathy Powers shares. “They said that the people needed the message of hope he had preached. It was as clear to us as the Macedonian call had been to the apostle Paul (Acts 16:6-10): the Lord wanted us to move to Desvres.”

They didn’t move immediately, as Cathy explains: “For a few years we went to visit and looked for a home that also had a building where we could plant a church. Each time we went, we held a meeting for René’s family. Finally we found the perfect place, and in February 2010 we moved.”

Churches of any denomination in that region were few and far between with minimal attendance. A church in Boulogne sur Mer, a city thirty minutes from the Powers’ new home, had been without a pastor for five years. They asked if Chuck would take the position. Chuck began preaching there Sunday mornings, returning to Desvres to hold a church service Sunday afternoons in a workshop behind their home. The Boulogne sur Mer church has now grown to thirty attendees, a good-sized church in France. Attendance has also grown at the “backyard church” to an average attendance of twenty, so much so that they have had to move services into a building ten kilometers away in the city of Samer. Another recent church plant in nearby Etaples is already averaging fifteen people. 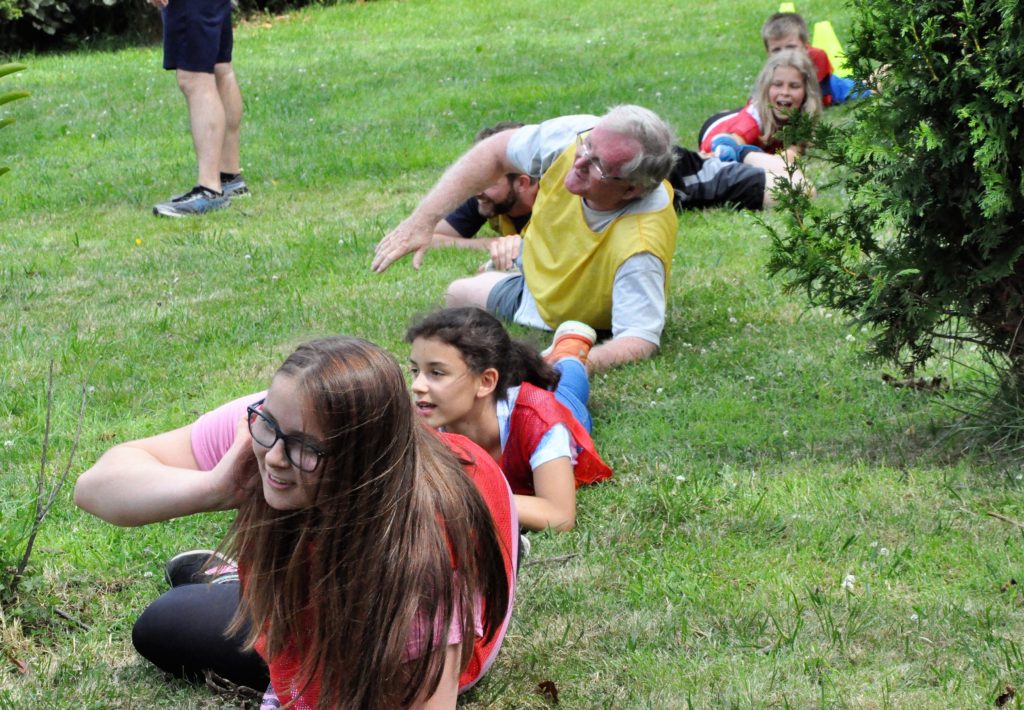 After moving, the Powers began looking for a facility large enough for an evangelical protestant ministry center such as they had established in Toulouse (see Centre Sept, BCM World, Fall, 2007), since there was none in this part of France. In 2015, God provided just the place: a farm that had been turned into a trucking company complete with renovated buildings and a large brick barn with lots of potential. In the summer of 2017, the Powers held the first English camp there with help of a supporting church from the United States. They explain their long-term goals for the property.

“We want to continue to have camps, but we first need to transform what was a trucking hangar into a gymnasium to meet French government standards for camp. We submitted a building request and hope it will soon be accepted. We would like to use the multi-purpose building for concerts, cultural events, sports, and camps. Already we have had three groups use the facilities for seminars.”

English camp was an open door to getting to know neighborhood children. This developed into a weekly Bible club. Through the club, two families accepted Jesus as Savior. Instead of just inviting neighbors to attend church, the Powers have thought outside the box, inviting them into their home to try American cultural events like Thanksgiving dinner and Fourth of July barbecues.

“Coming into our home for events like these makes it easier for people to then attend a church service,” says Cathy.

The Powers knew they couldn’t handle this growing ministry alone, so they were excited when their daughter and her husband, Michelle and Ben Hildebrand, also BCM missionaries who had served in southern France, moved up north to work with them. Both families now live on the center property. Michelle has started a ministry for mothers with small children she calls “Baby Gym.” One young mom has already received Jesus as Savior through this ministry. 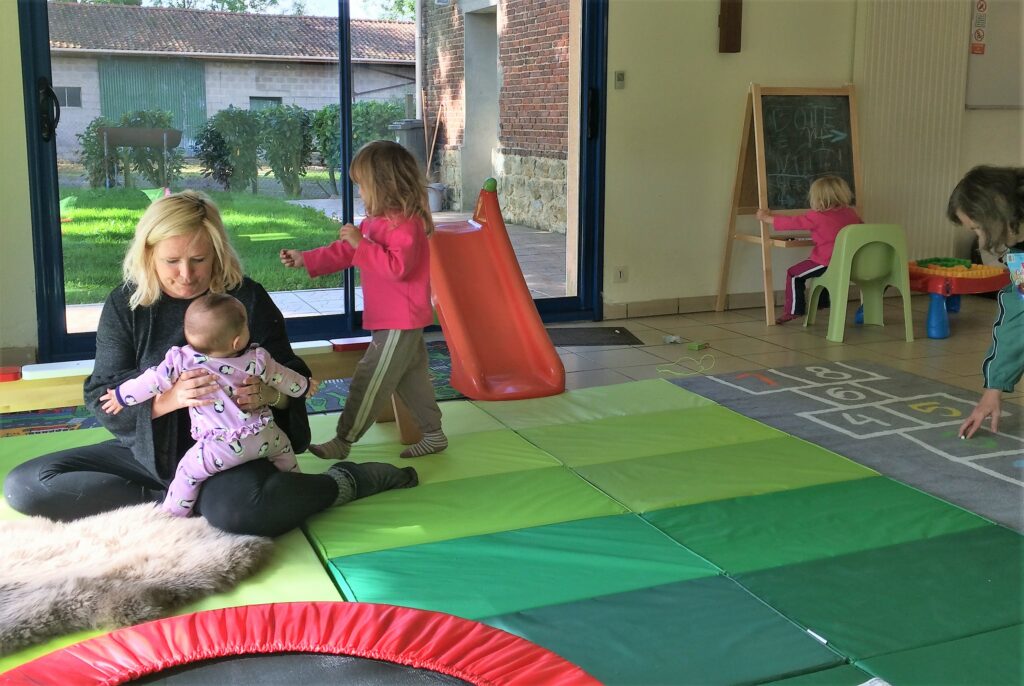 Others have also joined their team. One Christian couple from Paris chose to leave their jobs to move to the area. He is an accountant so has taken over the financial side of the ministry. She is involved in the secretarial work. Together they lead the church plant in Etaples. Another teammate is a pastor from Wales who spends three weeks a month in Desvres. He shares with Chuck the preaching responsibilities in Boulogne sur Mer and Etaples.

Another Christian couple from London, just a three-hour drive from Desvres via the Channel Tunnel, own a vacation home in the surrounding country side and began attending the Powers’ church whenever they visited. They are now in the process of selling their London home and spending three weeks per month in Desvres. Their goal is to develop a ministry to handicapped in the area.

Chuck reports: “The ministry is exciting! Many of our church members are new Christians who have come from very rough backgrounds. For example, a couple who attended our church for five years just recently received Jesus as Savior and were baptized. The husband was an alcoholic and his wife had severe emotional problems. We have suffered much with them over the years, but what joy there is in seeing their transformation!”

The area is so steeped in depression and occultism that the Powers and their team are in constant contact with people who suffer severe problems. They are well-aware that this ministry is a long-term marathon, not a quick sprint. Many spouses of those attending their Boulogne sur Mer church are unsaved, another challenge. Recently, one important government member has begun to attend church. As the only Christian in his family, he was thrilled when his wife recently came to church with him for the first time. The Powers continue to pray for her salvation as well. 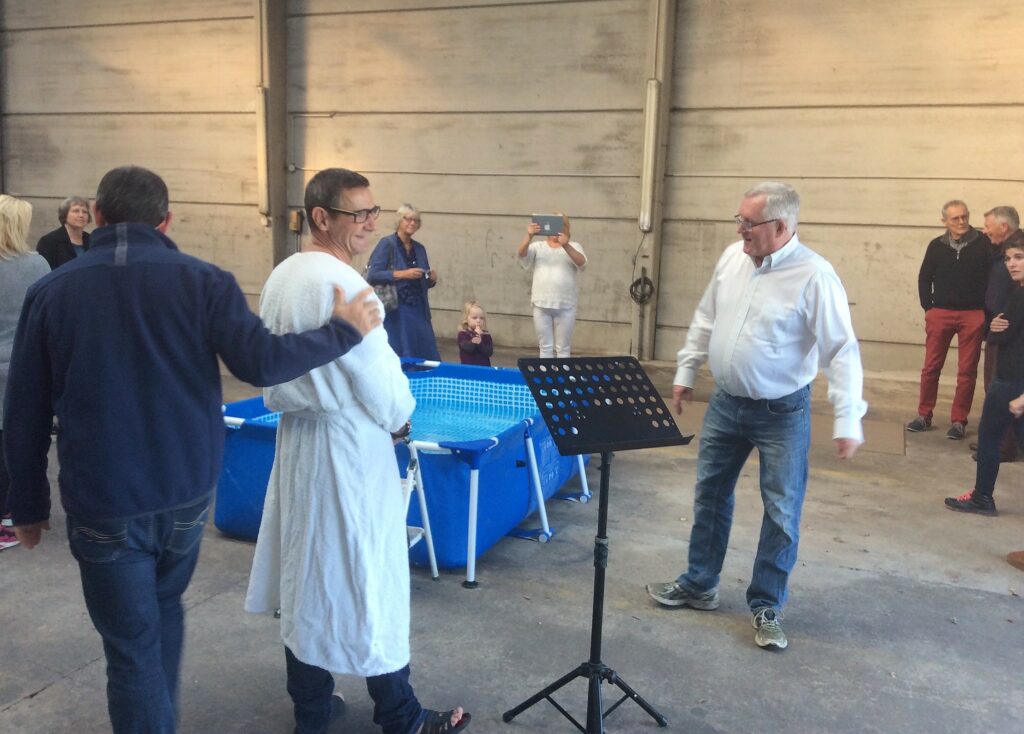 Setting up for baptism

Among the many stories of pain, there are also encouraging testimonies like that of Sylvie. Cathy shares: “Four years ago, Sylvie lost her eighteen-year-old son in a tragic accident and fell into a serious depression. She developed a terrible reputation throughout this small town. However, when she came to know Jesus, her life was transformed. She was baptized in early 2017 and is no longer known by her deep depression, but rather her joy. She loves to share her faith with others. Her testimony has drawn her brother David to accept Jesus as well.”

Chuck and Cathy have more opportunities for ministry than they know what to do with. Currently, they are working on getting the building permits for the property as well as praying about starting a Christian school and developing an art and media center. Their prayer is that this charming, scenic area of France will not be a place of just external beauty, but that its residents will come to know and radiate the beauty and hope of Jesus Christ.

The Powers are in need of about $150,000 US for the next phase of the Desvres area ministry center. If you would like to give towards this project, you can do so at Desvres Ministry Center. 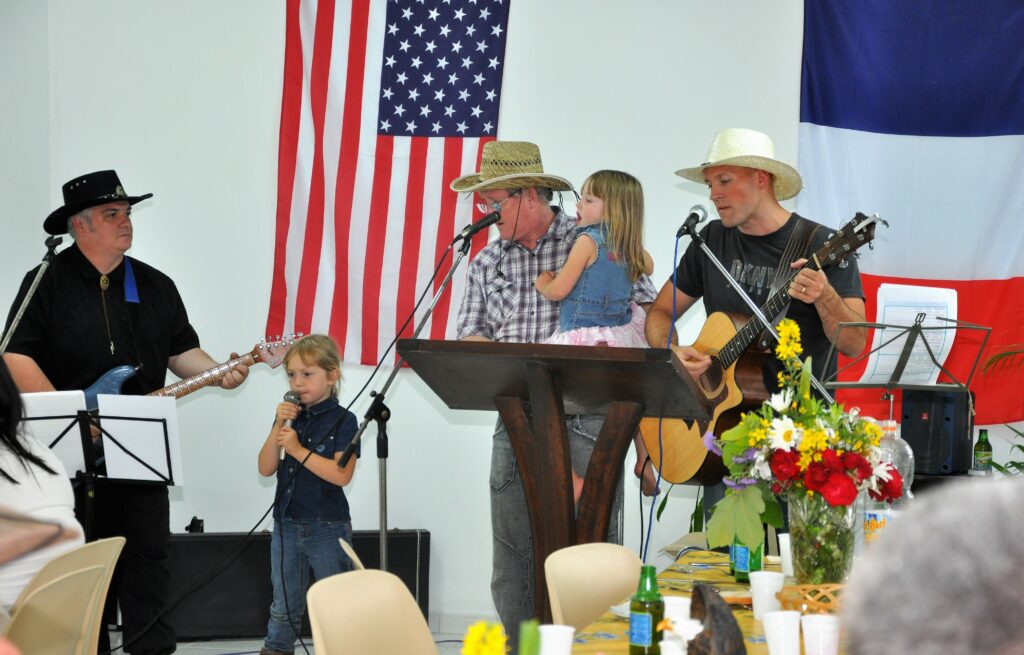