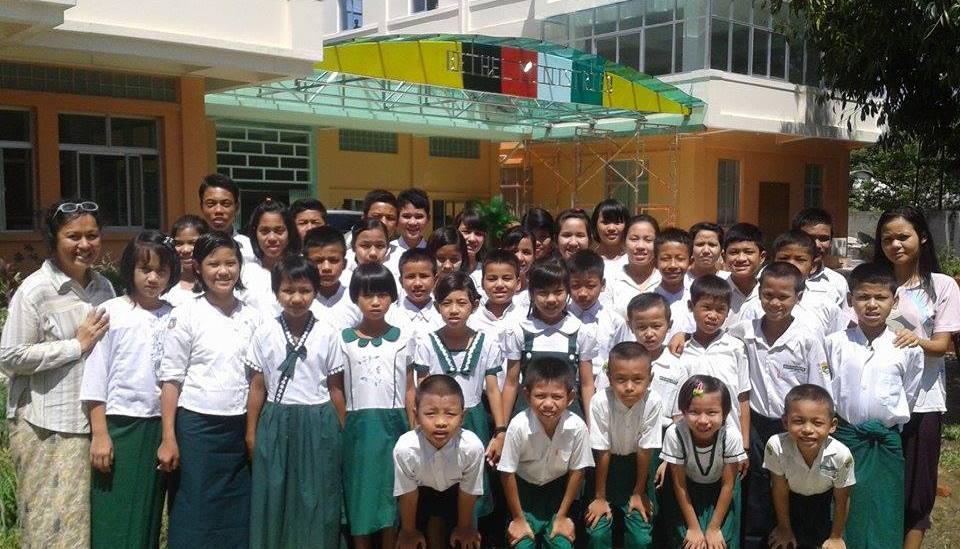 By: Jeanette Windle with Jacob and Sandar Mung 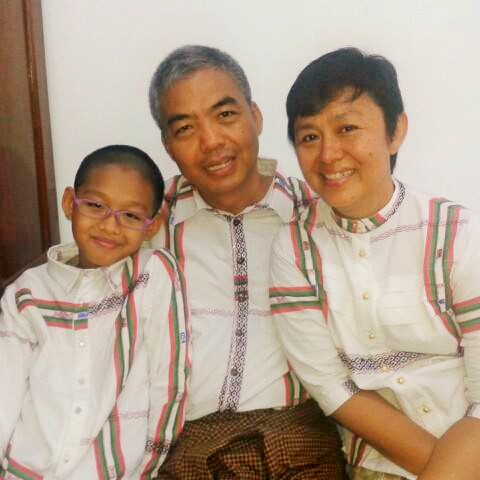 By his eighth birthday, Sai Ja Aung had lost everything that means security to a child. Sai Ja Aung was Kachin, one of many tribal minorities in Myanmar (once called Burma) involved in what has been listed as the planet’s longest civil war, lasting since that nation’s declaration of independence from British rule in 1948. The Kachin in the Himalayan foothills of northern Myanmar had been fighting for autonomy since 1961. An uneasy truce brokered in 1994 with Myanmar’s Burmese military regime had lasted for seventeen years before fighting broke out again in 2011.

Among the casualties were Sai Ja Aung’s mother and father. Homeless, he lived in constant fear of army raids, flying bullets, bombs. By the time someone brought him to the BCM children’s home in Insein, a sector of Yangon, Myanmar’s largest city, he could not even remember what adequate food or shelter felt like.

Three years later, that has all changed. At Bethel Children’s Home, Sai Ja Aung no longer worries someone will snatch him away from his new home. Good nutrition has healed his body, and he is catching up educationally, now attending 6th grade at a local school.  Even better, he has been introduced to the love of Jesus and a new family made up of brothers and sisters in Christ.

BCM Myanmar missionaries Dr. Jacob and Sandar Mung have long felt a burden for Myanmar’s countless orphan and homeless children. A second generation Christian, Dr. Mung not only serves as a pastor and evangelist, but one of Myanmar’s few Christian publishers. It was a piece of literature he published that led his wife Sandar to Christ (see “It All Started With A Book”, BCM World Fall 2009). Several years later, Jacob and Sandar were married. They have one son, born in 2004.

The couple joined BCM as missionaries in 2009. In 2010, Dr. Mung was appointed national director of BCM Myanmar. Today the BCM Myanmar team includes ten missionary church planters, leadership training, youth ministries, and children’s outreaches in 14 locations that reach 600-700 children with the Gospel each week. As a Christian publisher, Dr. Mung has also been responsible for the publication of BCM’s Footsteps of Faith children’s curriculum in Burmese.

Sandar Mung’s own training was in the field of dentistry. For 21 years, she’d enjoyed a successful career in government health programs as a dental surgeon and consultant. Her salary permitted both Jacob and Sandar to serve in ministry in a tent-making capacity. Sandar was involved both in the central church Jacob pastored and in children’s outreaches. But her heart was burdened to do more, especially for the lost children she witnessed everywhere, many of them orphaned by war or left homeless due to extreme poverty. One person could not help them all, but even a few was a start. 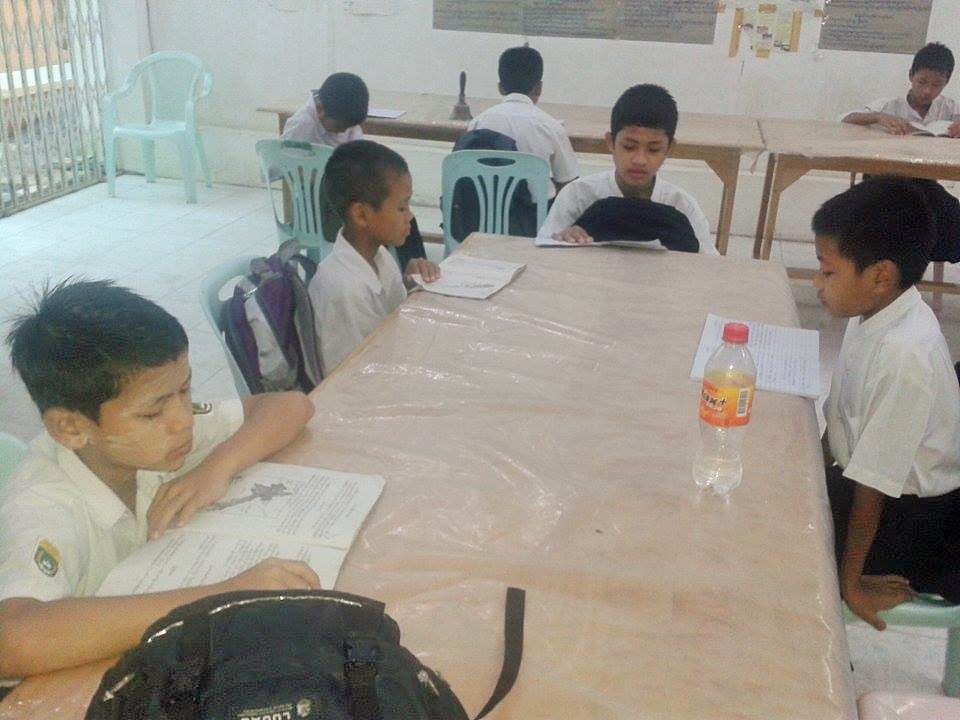 In 2009, Sandar resigned from her job to dedicate herself to full-time ministry. Her leading priority was the founding of a children’s home. Within the first year, Bethel Children’s Home had 12 children. This has now grown to 49 children—28 boys and 21 girls—ranging in age from 8-19 years old.

The children are currently housed on the same campus as the central church Dr. Mung also pastors, a total area of only about 10,000 square feet. Sharing the campus is a small Bible Institute. The children’s living quarters are simple dormitory rooms with multiple bunk-beds. A large multi-purpose room serves as dining hall, study room, and for other activities. Helping Sandar in the orphanage is one full-time assistant and six more part-time volunteers.

The children attend local schools for half of each day. Back at the orphanage, each has daily chores and homework. But there is plenty of fun as well, whether kicking a soccer ball around the courtyard or singing choruses and listening to Bible stories in the chapel.

The children themselves represent a wide variety of ethnicities and religious backgrounds. Jacob explains, “We do not pressure the children to become Christian. But we do share the love of Christ with them. And many have come to accept Jesus as Savior.”

Among such is a boy named Nay Sann Oo. From a conflict zone in western Myanmar, Nay Sann Oo was one more homeless orphan when he was given opportunity to come to the children’s home in Yangon in order to receive his secondary education. From a Buddhist background, he accepted Christ as Savior his first year in the orphanage. After graduating from high school, he enrolled in a local Bible college. Upon graduation, he has committed himself to return to his home village, where there are no other Christians, to start a church there.

He is not alone. To date, three of the orphans have gone on to Bible college after graduating from high school. Others are in university, studying for a variety of professional careers.

Dr. Mung shares, “Our vision is see future Christian leaders raised up through this children’s home. Not necessarily to go to Bible college or in full-time ministry. They may choose to become an engineer or a nurse. But in whatever capacity, our aspiration is that these children will grow up to lead lives that will testify of Jesus Christ as their Savior.” 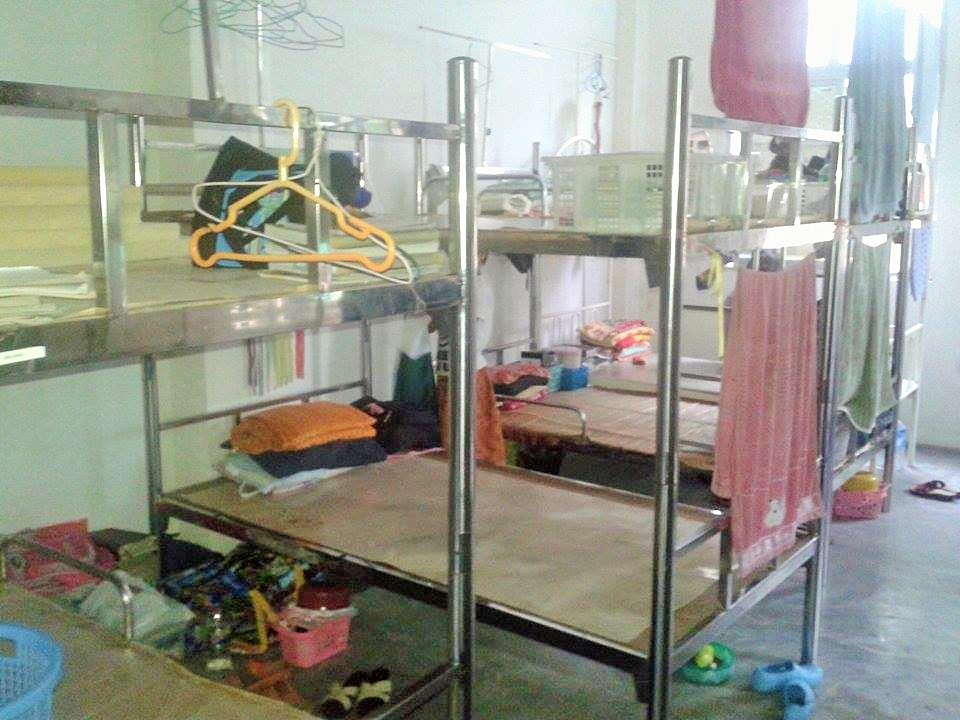 Caring for so many children has not been easy. Each month is a stretch of faith to provide adequate nutrition, clothing, school and medical supplies, as well as tuition so that children can continue attending school. With the ongoing civil war, Bethel receives far more applications than they have resources to accept. An urgent goal is to expand both facilities and personnel to accept more children. The ministry’s long-term vision is for the children’s home to have its own campus and housing.

Dr. Jacob and Sandar Mung ask for prayer—not just for the children’s financial needs, health and education, but above all for their spiritual life and growth. It is their prayer that these children will not only encounter the love of Jesus Christ through the caring staff and teachers at Bethel Children’s Home, but that they in turn will become vessels of God’s love and the Gospel of Jesus Christ as they grow up and go forth across the nation of Myanmar.

To cover boarding and schooling for one child is approximately $40USD a month. A current Christmas project is to supply each child with a small cabinet or cupboard in which they can keep personal belongings. If you would be interested in becoming a prayer partner, sponsoring one or more children, or giving a one-time donation, contact BCM International at: Phone: 717-560-9601 Email: giving@bcmintl.org or follow this link.  Myanmar Christmas Project