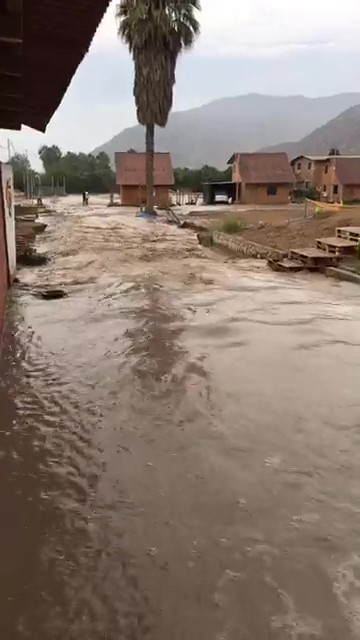 Over recent weeks, the weather phenomenon El Niño has unleashed across Peru the worst downpours and floods in two decades, leaving more than ten thousand homes destroyed and over half-a-million people displaced. On March 15, 2017, a river edging BCM Peru’s main ministry campus an hour southeast of the capital city, Lima, breached its banks, inundating the entire property. By late night, rising floodwaters necessitated evacuating all mission personnel, many with nothing but the clothes on their backs.

Located in the beautiful coastal Lurín river valley, BCM Peru’s main campus has transformed over the past twenty years from empty fields to a facility that houses missionary families, student dorms and classrooms, a camp/retreat center, a small school for missionary children, pool, soccer fields, and a playground. Various ministries including camps, Bible Institute, and retreats are held year-round.

Twenty BCM Peru missionary families, a total of fifty-five people, including nineteen children, live onsite. On March 15th, as the property’s access road began to flood, the team gathered to pray that the waters would subside. But just a few hours later, neighbors came to the property, warning that the river had crested and the retaining wall protecting the property had collapsed. Evacuation was imperative.

The neighbors were from a nearby orphanage, sponsored by Kids Alive International. Orphanage director Juan Carlos del Cuadro and older teens from the children’s home pitched in to help BCM families evacuate. By the time small children were woken from their sleep and backpacks with essentials had been thrown together, the river was tracking a fast-moving path through the middle of the property—and their homes. Another neighbor, Richard, drove over in his front-loader tractor. The children piled into the front-loader’s bucket and were ferried to dry ground while everyone else trudged through muddy torrents of river water.

Carlos and Marion Odicio, founders of BCM Peru and now heading up BCM USA Hispanic Ministries, had been visiting Peru when the floods hit and were scheduled to fly home that very week. Marion was carrying a backpack with their passports, plane tickets, and computer when the rushing water knocked her off her feet. She was able to reach safety, but passports, tickets, and other paperwork were damaged beyond use, necessitating a postponement of their return trip until items can be replaced.

Local Kids Alive directors Mike and Diane Fietje graciously opened two of their properties to house most of the displaced missionary families. Others were invited to stay with local family members or friends. The morning after the evacuation, BCM personnel were able to return to campus to assess the damage. Water still ran swiftly through the property and had entered almost every building. As the flood receded, it left behind a thick sediment of clay-like mud. The wreckage was devastating.

BCM Peru director Jonatan Odicio and other missionaries immediately began mobilizing clean-up efforts. On Saturday, March 18th, two hundred volunteers arrived from area churches, boots on and ready to serve, including one entire large youth group from “Camino de Vida” church. Volunteers worked on moving materials and equipment for safe-keeping to the second story of the campus dormitories. Then began the grunge work of ridding the buildings of mud and water.

The cafeteria was the hardest to clean out, with more than six inches of mud layering the large room. Shantal, Jonatan Odicio’s wife, describes: “I think at one moment we actually had fifty people working in there to get all the mud out. We would not have been able to accomplish this any other way!”
By end of day, the cafeteria was almost back to normal. The same could not be said of missionary homes. Two homes closest to the flood zone were hardest hit. One family with four daughters found knee-deep mud throughout their house. Bedding, clothes, and other household furnishings were ruined. The other family, a young missionary couple with a toddler, spent the day digging through the mud, but by evening had found hardly anything salvageable. 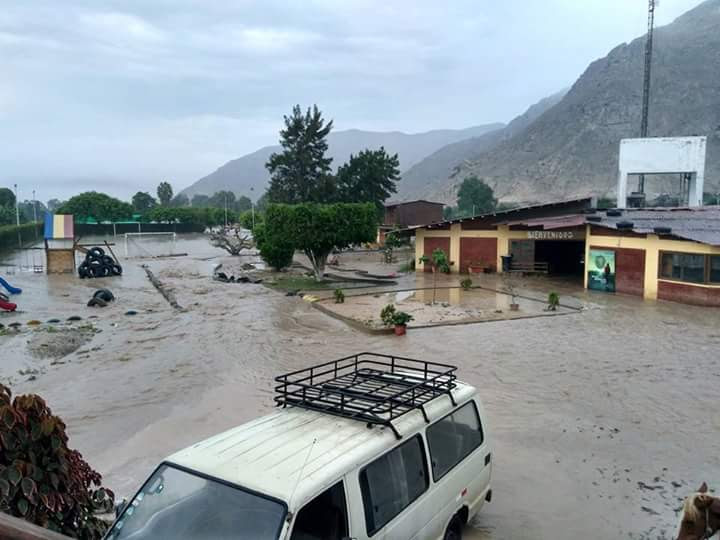 The narrow, unpaved road that accesses the campus has also been washed away, hindering any efforts to truck out salvaged belongings or ferry in supplies. Leaving with just the clothes they were wearing and contents of their backpacks has left BCM Peru’s twenty missionary families fairly destitute. However, the body of Christ in Peru and around the world are already coming together in response. The very next day after the evacuation, donations and aid began pouring in. Toys, towels, clothes, bottled water, and food have all been divvied out between the missionary families.

“We have more tuna fish than we could ever dream of!” Shantal jokes, then adds on a more serious note: “We have plenty for the time being. However, we don’t know how much longer we will be like this, so we don’t know how long these provisions will need to last.”

As the BCM Peru team carefully divides out the donations, they continue to pray that God will truly give them each day their daily bread (Matthew 6:11). But they are also praising God for His safe-keeping and provision. And with their own families safe, they are now doing their part to help thousands of Peruvians similarly affected by the flooding by passing along provisions they do not need and helping with clean-up and repairs, just as they were helped.

Meanwhile, an immediate priority has been to build a sand-bag barrier to stop water still flowing across campus. This is just a temporary fix, since the river could rise again at any moment, and its new path has been now carved straight through the campus. The long-term goal is to build a sturdy perimeter wall. The road will also need to be repaired before the campus can be accessible for use again.

Other ongoing needs include replacing thousands of dollars’ worth of furniture, clothes, appliances, ministry stuff, sound equipment, and tools. The two most damaged houses need completely rebuilt while three others will have to be drywalled.  Already, BCM Peru has scheduled a rebuilding project for July, 2017. Any individual or short-term mission team interested in participating can contact BCM Peru director Jonatan Odicio at jonatanodicio@gmail.com

Jonatan add, “We thank everyone for the donations, love, and prayer. We still have a long way to go but we hope to resume ministry ASAP!”

Pray for the BCM Peru family to remain united and strong—physically, emotionally, and spiritually—through this ongoing crisis. 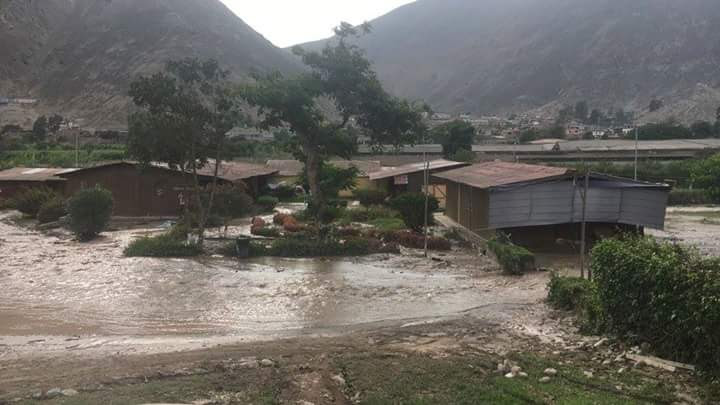