From Peru to the Poconos 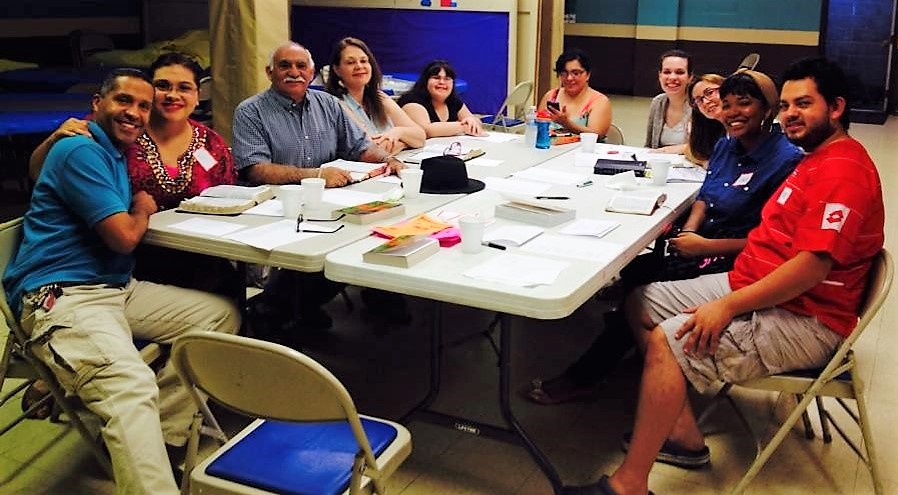 By Marion and Carlos Odicio with Jeanette Windle 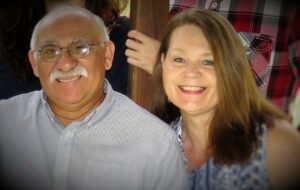 “When I came to this country, I brought all my saints [statuettes of various saints believed to answer prayer] with me in my suitcase,” shares one attendee of a Spanish-language Bible study taught by Carlos and Marion Odicio of BCM USA’s new Hispanic Ministry outreach. “Now that I’ve found Jesus, I don’t need them anymore.”

Carlos and Marion Odicio founded BCM ministry in Lima, Peru, in 1994. Twenty-plus years later, that ministry is reaching thousands of children annually across Peru. A new generation of energetic, creative leaders trained at BCM Peru’s SEBYM (Bible and Ministerial Seminary) have capably taken over leadership. All permitting the Odicios to take on a new challenge God had laid on their heart—millions of Hispanic immigrants across the United States as much in need of the Gospel of Jesus Christ as the people of Peru.

“We felt God guiding us to be the proverbial answer to our own prayers for Hispanic immigrants to North America,” shares Marion. “God confirmed this call by granting us temporary religious worker visas. But we needed a place to land in the USA, since we do not have family here. We asked God to lead us to a place where we could begin a ministry with Hispanics.”

Arriving stateside in 2012, Carlos and Marion accepted an offering of housing from BCM’s own Camp Streamside, located in the Pocono mountains of northeastern Pennsylvania. Little did they expect to find a growing Hispanic population there or that this would prove to be their new mission field. The Pocono area around Stroudsburg, PA, is often called New York City’s sixth borough with many locals commuting to the city for work two hours each way. The Poconos are filled with “Anglo” churches, but few are equipped to reach Hispanics.

“Several pastors I’ve met in the area are empathic about the need as they see the demographics changing,” shares Carlos Odicio. “One older Mexican seasonal worker, already a believer, walked into one of these churches looking for fellowship. The pastor called me right away, and I started meeting with this man and two younger Mexican workers on a weekly basis. The older man had been a lay pastor in his village back in Mexico and greatly missed his family and church. He expressed how greatly encouraged he was by our fellowship. The other two young men accepted Christ as their Savior and were baptized in the church.”

Around this same time, God led the Odicios to two other Christian Hispanic families who had expressed their desire to serve God. The Odicios began mentoring the two families. Together they planned a block party to meet other Hispanic neighbors. This led to a bi-monthly Bible study under the auspices of the same local church that had first contacted Carlos about their seasonal visitors. But after just three Bible studies, the attendees began pleading to meet every week.

“That’s what we have been doing ever since,” Carlos adds with a smile. 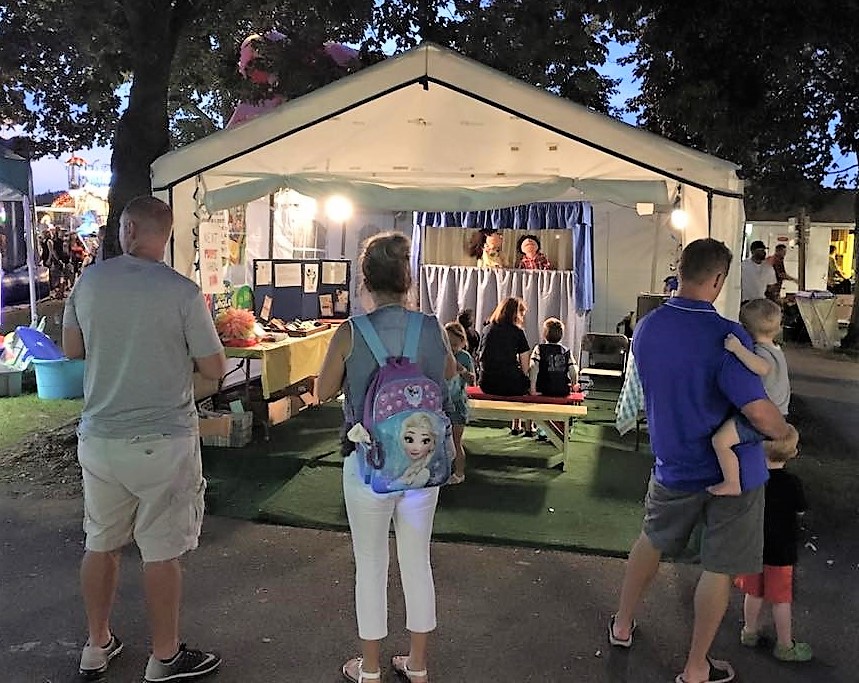 The weekly Bible studies provide a place of fellowship and spiritual growth for primarily first generation immigrants coming from as many as twelve Latin American countries, though some second generation Hispanics attend as well. Several have already come to know Christ as their Savior through these meetings. The Odicios have found among this group both a hunger to know God’s Word as well as to be involved in God’s work. While still in Peru, Marion Odicio had worked extensively with training puppetry and mime teams. One of her first outreaches after moving to the USA was to begin training a group of Hispanic Christian youth in this ministry.

“It is a great way to involve teens in ministry and to evangelize,” Marion elaborates. “Our group is eagerly taking advantage of the many fairs and festivals across the Poconos to set up a booth. We usually do a show in English and in Spanish, because even if Hispanic fairgoers understand English, as is certainly the case with most of the children, we find that when they hear Spanish, they are much more likely to come and see what’s going on. This allows us start up a conversation and invite them to our Bible study group. We also distribute gospel tracts and water as well as offer face painting, crafts, and ministering through music.”

Among the puppetry team members is the Odicios’ own daughter, Laura, age 18. Born with Down syndrome, she has not let this impede her from serving God. She has developed her own mime ministry called One-Up, which receives invitations from all over the Poconos to perform in churches, banquets, and camps.

“People sit upright in their chairs when this teenager with Down syndrome comes up to perform, drawing attention through her mime to the message the song delivers,” explains Marion. “It blesses them to see her willingness to serve in spite of, but also through, her disability.” 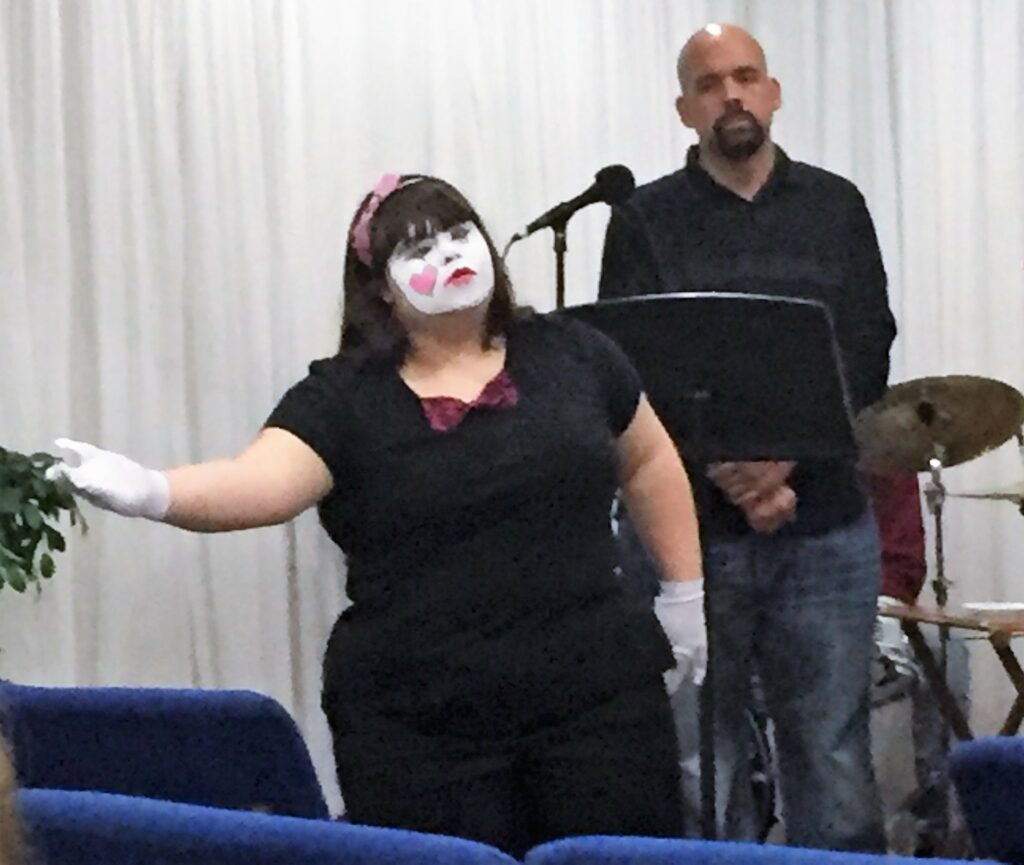 One Up Mime with Laura Odicio

One need for this growing ministry has been trained leadership. Carlos began meeting with a few pastors who shared his vision for starting a Bible Institute. The Community Bible Institute (CBI) held its first class September 20, 2016, at BCM’s Camp Streamside with twenty-three students. The students are a mixture of Hispanic and Anglo, but all are fluent enough in English that classes can be taught in that language. Long-term goals include making this an itinerant Bible Institute to serve the greater Pocono region, focusing especially on developing Hispanic church leadership. The Odicios have also been partnering with two Hispanic churches in Reading, PA, to do teacher training, VBS, a youth retreat, preaching, as well as preparing one youth group for a missions outreach to the Dominican Republic.

“My vision is to involve Hispanics here in the USA in missions,” shares Carlos. “Already we are seeing our people here desiring to partner with mission endeavors in Guatemala and the Dominican Republic. They are also collecting an offering for BCM Peru’s Christmas outreaches.”

Carlos and Marion Odicio were recently approached by a pastor from Vermont, who shared how many Christian farmers there are employing Hispanic farmhands. The pastor invited Carlos and Marion to consider bringing a Hispanic short-term missions team next spring to minister to these workers and their families.

“We would appreciate prayers for God’s leading in this,” requests Carlos. “These are not seasonal workers, but year-round employees, so we need to plan for an efficient follow-up ministry for those who place their trust in Christ.”

For the Odicios, this request is just the tip of the iceberg. Fifty-five million at the last census, the Hispanic community within the United States is now the nation’s largest ethnic minority with 17% of the total population. Carlos and Marion were recently granted their permanent residency in the USA, a fresh confirmation to them of God’s calling to this ministry. They see within this growing demographic a tremendous potential for the church, both within the USA and globally.

“Many Hispanics in the US are unsaved. They need to know the Lord Jesus,” Carlos sums up passionately. “Many others are believers, but they are often lonely, discouraged, or confused in the dichotomy between the US and Hispanic realities in which they live. They need to be grounded in the Word of God and in how to use their spiritual gifts. Then there are many just waiting to jump to the opportunity to become leaders and make a difference in their world. These need training so that they may grow to their God-given potential and become a generation of godly men and women who help build the future of this country. And beyond! I am envisioning Hispanics here in the United States becoming a force in world missions. With God’s help, we want to be part of making that happen.” 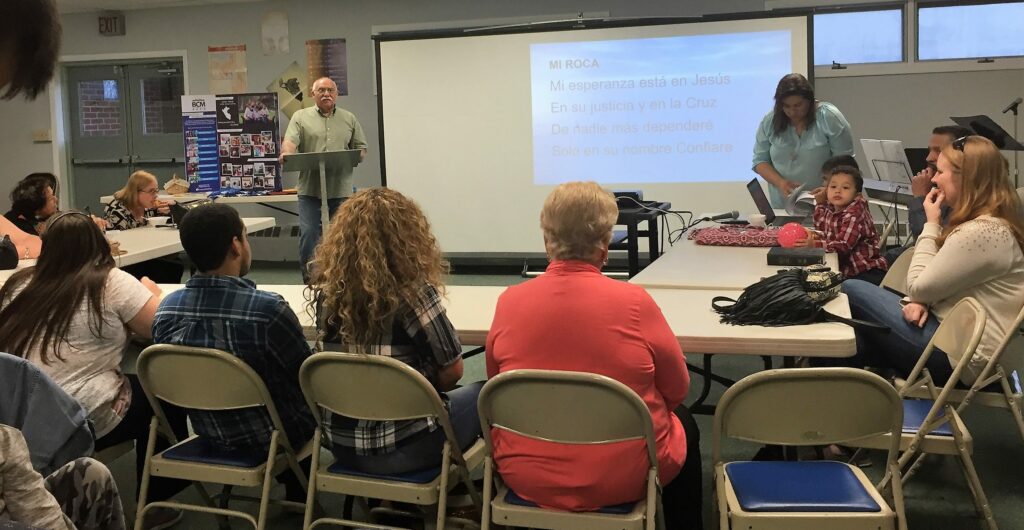