PRAYING FOR ‘LA VICTOIRE’ IN TOULOUSE 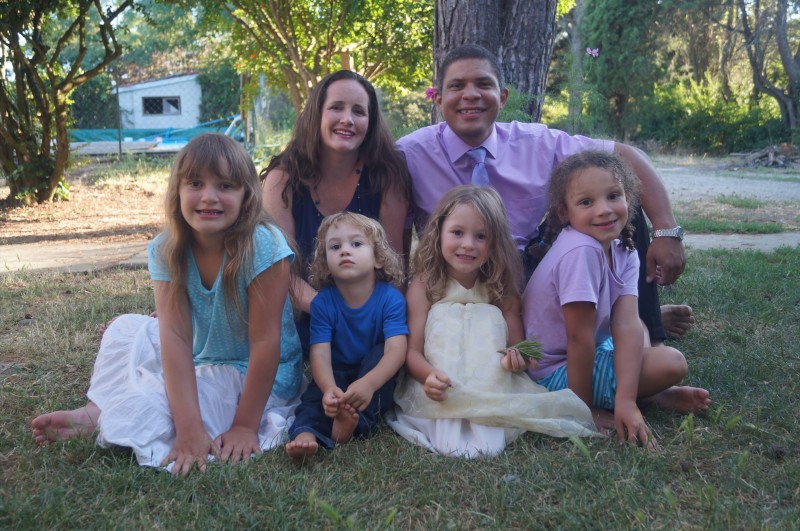 By Elizabeth Anneville with Jeanette Windle

Thirteen years later in 2014, Claire was back at camp. But this time as a helper at Winter Camp. This year’s camp co-director, BCM France missionary Elizabeth Anneville, shares, “Last week, when Claire joined us to help out with camp, we again saw how God is indeed victorious!”

If every child who comes to Jesus Christ is indeed a victory, such victories can seem more hard-fought in France than in countries less hostile to the Gospel. To the French, religion has been tied historically to the political and social authority of the Roman Catholic church. Democracy included throwing off that yoke. The new France is fiercely secular with only 8% of its 62 million residents attending religious services.

Into that spiritual vacuum has exploded the occult with more registered mediums, warlocks, and witches than pastors or priests. While mosques are crowded with Muslim immigrants and converts, fewer than one evangelical protestant church exists per 30,000 population, most under 50 in attendance. Even fewer outreaches exist to reach children with the Gospel of Jesus Christ. In the French culture, religion is personal, private, not to be intruded on others. The result—an entire generation of French children growing up without spiritual or moral foundation.

Located just north of the Pyrenees Mountains near the border of Spain, Toulouse is France’s fourth largest city with more than a million inhabitants. The center of Europe’s aerospace industry, the city is a bustling industrial hub, home to immigrants from dozens of nationalities. BCM missionaries Chuck and Cathy Powers arrived in Toulouse, France, in 1988. Through their ministry, a church was planted. When God miraculously opened doors to acquire a six thousand meter complex in a low-income neighborhood, Centre SEPT (Center Seven) was born (see BCM World Fall 2007).

A service center for the Toulouse evangelical protestant community, Centre SEPT offers training resources for pastors, missionaries, and teachers as well as youth and children’s ministries. There are Christian seminars, concerts, outreaches, a Bible club, a small Christian school as well as holiday camps. A variety of church congregations as diverse as Congolese, Arab, Gypsy, Brazilian, Vietnamese, and of course, French, use its facilities for worship services. 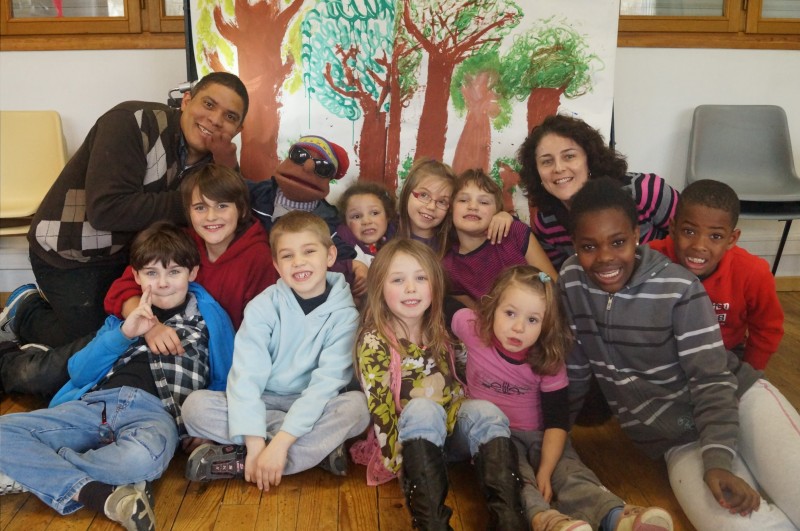 In 2001, Chuck and Cathy Power’s daughter Elizabeth and her husband Hervé Anneville joined the BCM team in Toulouse. When the Powers moved in 2010 to northern France to begin a new church planting ministry, Hervé and Elizabeth stepped in to head up the Centre SEPT ministry, including the Camp program.

This year’s Winter Camp was held the first two weeks of March, which was the French school system’s winter holidays. A day camp, the schedule kicked off each morning by 8:30am as parents dropped children off on their way to work. The camp theme was obedience during the first week and God’s care for each person during the second week. Activities included Bible lessons, singing, games, art projects, free time, walks, meals and snacks. Even game times and other fun activities provided opportunities for biblical teaching—how to deal with anger, learning self-control, being a good sport. Several times during each day, leaders and campers would stop to pray for issues that arose.

When parents picked their children up after work, camp leaders took opportunity to share as well with the parents. Depending on the day, attendance at Winter Camp averaged thirteen children. Not a large group as camps go, but in Toulouse, France, still a victory. 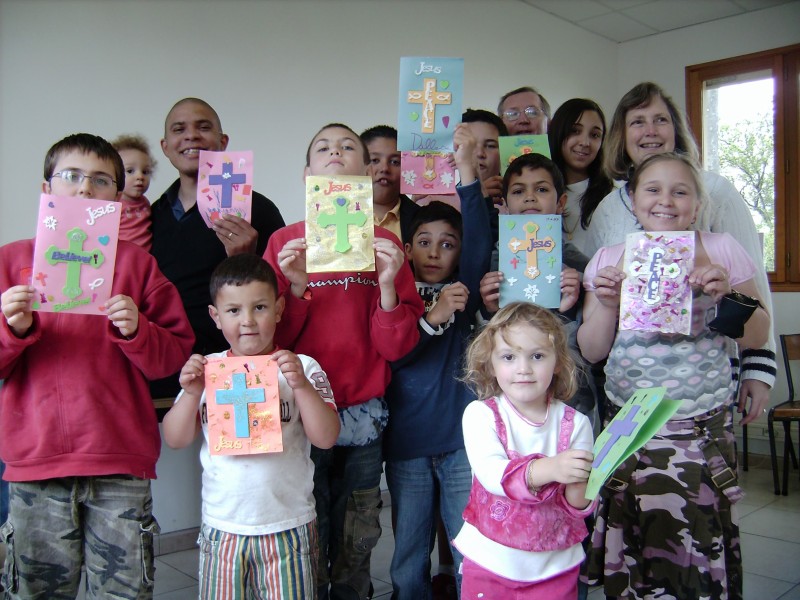 “In France, where the pollution has reached such a level that you can’t quite make out the Eiffel tower anymore,” shares Elizabeth Anneville, “we also sometimes can’t quite see if God is still working. Is there any hope in France? There are so few evangelical Christians here that people are often quite wary when you invite them to a church outreach. The Catholic church calls us a cult. 80% of French people have never opened a Bible. 26 years ago when I came to France with my parents and siblings, there was only 0.5% evangelical protestant Christians. Today there is 0,8%. But I remember the story of Abraham interceding with God to save Sodom and Gomorrah, even if there are only 50 or 40 or 30 righteous in those cities (Genesis 18). When God says there isn’t, Abraham intercedes for just one. And God rescues Abraham’s nephew Lot along with his family.”

A story not so different than that of Elizabeth’s own youthful helper. While Claire is walking with God, the older brother she once eagerly accompanied to Summer Camp recently gave his Bible to his mother, insisting that he didn’t need it anymore. Though barely adult, the young man is already battling liver failure due to alcohol abuse.

“Pray for this young man,” Elizabeth asks. “I think that’s what all this is about—standing with families like Claire’s to support them in their battle to raise godly kids in this immoral and godless society.

A poignant episode at this year’s camp brings this reality home. Elizabeth was working with one small boy when he spoke up: “I just don’t know if God exists!”

Elizabeth took him to look out a window at the strong, green trees swaying outside and shared with the boy how God reveals Himself in His creation. She adds:

“France is one of the most beautiful countries I have ever seen. God has created this country. He has knit together each French person. And He has called you and I to intercede just like Abraham interceded for Lot’s family. We must continue to intercede for the one girl, for the one boy, and cry ‘la victoire’—victory—for that one soul saved from hell. Pray for all of France. And for us, that God may give us wisdom how to have victory.”

Pray for the Anneville family as they share Christ in Toulouse, France, for Claire and her brother, for the children at this year’s Winter Camp, their parents, other BCM France personnel, Centre Sept and its ministries; above all for a turning to God among the people of France.