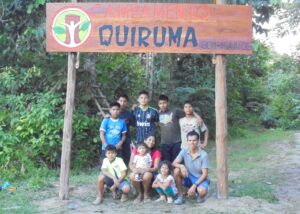 BCM Peru first expanded its ministry to the city of Iquitos in 2005, reaching children through an evangelistic outreach known as Pennies for Peru. Training for children’s ministry leadership and Bible clubs followed, then camps for children and teenagers.

Its population around 400,000, Iquitos is a port city located right on the Amazon River in the heart of northern Peru’s equatorial rainforest. Tourism has caused businesses to flourish and the city to develop. With motorcycles and motorcars racing around the city all day long, and loud music at every corner, life in Iquitos seem fast paced. Its youth aspire to better themselves and get an education at the local universities.

In contrast, villages along the Amazon River and its tributaries live a much simpler way of life, dedicated to sustenance farming and fishing. Villagers rarely have running water or electricity and use firewood for cooking. Transportation on the famous “peque-peques” (a long motorized boat) may take many hours just to reach the next village.  Smaller villages barely reach a hundred inhabitants, and with families averaging 6-12 children, it seems everyone is related. Young people rarely have opportunity for a proper education, let alone to finish high school. Most begin working alongside their parents at a very young age. Teenage girls may find a partner by age fourteen and begin raising babies. So the cycle starts all over again.

Seeing the reality these young villagers faced, Carlos and Marion Odicio, founders and former directors of BCM Peru, felt stirred by God to begin a ministry that would help village youth escape this recurring cycle. The objective would be a boarding facility for village teenagers that would provide opportunity to complete their high school studies. This education would be focused on Christian values through discipleship and mentoring. BCM Peru’s varied ministries in Iquitos would allow students to serve God with their gifts and talents and hopefully lead them to desire a life of service to God.

In 2007 this vision became a reality when God provided 14 hectares (35 acres) of virgin jungle in the small town of Llanchama, an hour away from Iquitos. Mission teams from the United States helped construct the buildings that would become Quiruma Camp. The name Quiruma (kee-roo-mah) comes from a common word used in the jungle. It refers to the small stumps left when trees are cut down so that the tree will eventually grow back again even stronger and better. In essence, this was what the ministry would attempt to do in the lives of these young people transplanted from their villages. So the teenagers living at the camp became known as “quirumas”.

It is now eight years since Quiruma Camp opened under the leadership of Eliasib and Daniela Palomino, field directors for BCM in Iquitos. Guillermo Odicio, brother of BCM Peru founder Carlos Odicio, quickly became a father figure for the teen boys, living with them in the camp house and guiding them through everyday aspects of their new life. Part of his discipling included helping with their homework as the teens studied at the local high school, a fifteen-minute walk from camp.

Daniela Palomino shares about that first year: “In the beginning, getting the teenagers to come and join us at the camp was very difficult because their parents didn´t trust us. When we came with our American friends, they believed the gringos [foreigners] would steal the faces of their kids!  Since Eliasib and I have no children of our own, they believed we wouldn´t be able to teach their children. Or they thought Llanchama was too far away. Above all, they struggled with the village mentality of being content with their current circumstances of poverty and not pursuing a better life for their children.”

In 2013, BCM missionaries James and Violeta Flores took charge of Quiruma Camp. They are now parental figures for eight teenagers currently enrolled in the program. In total, the camp has received more than twenty boys and girls. The ideal age to receive them is 11-13 years old, so they can enrol from the very first year of high school in Llanchama. The current goal is to receive four new “quirumas” each year and have them stay the full five years of high school studies (equivalent to 8th-12th grade in North America). 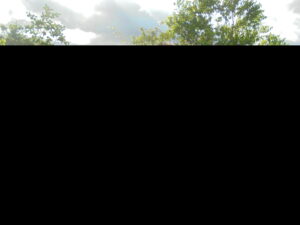 River Travel in a peque-peque

Getting the teenagers to Quiruma Camp has been a difficult endeavour, not only because of the fears of parents and teens themselves, but the distances to their villages. Many times camp leadership travel anywhere from eight to eighteen hours on a “peque-peque” to reach a village where they might find potential “quirumas”.

James Flores comments, “Usually we talk to pastors who have contacts among the small villages along Amazon River tributaries. This way we get in touch with the families beforehand to make arrangements and do the necessary paper work. Sometimes we go all the way to pick up the kids and find they’ve changed their mind.  Because they are so young, they are scared and don´t want to leave their families.”

In contrast is Rider, a 16 year old who joined Quiruma Camp just last year. As soon as Rider’s father heard about this ministry, he contacted Eliasib to ask if his son could join the program. Although already 15 years old, Rider was accepted. His father shares, “I saw the education my children were getting in our town. Sometimes the teacher didn´t come. He wasn´t responsible, and my children couldn´t get more education. Rider is my oldest son. He is smart, and I wanted him to learn more.”

While BCM camp leadership believes the education teenagers are receiving is important, ultimately they want to impact their spiritual lives. James Flores explains, “We want them to know Jesus as their Savior since most are not saved when they come to us. We want them to love God and learn to obey Him. We want them to learn the Word of God through discipleship and our own testimony and to serve God through ministry opportunities we provide.”

As BCM camp missionaries and teens share their day-to-day lives, they become a single large family with all this implies. A schedule helps navigate life together. The teen get up early every day, have family devotions, head to school, come back for lunch, do their homework, do chores around camp and enjoy leisure time. In the evenings, there is discipleship, and on some week nights, they have their own prayer meetings together. There are regular fun nights with special themes, so missionaries and “quirumas” can enjoy just being together and getting to know each other. Although this might seem like a normal family life, for these teens it is very different from what they’ve known, even having three meals every day.

The teens also accompany the BCM missionaries once a month to take part in outreach ministry around Iquitos. They participate in Pennies for Peru programs and evangelistic campaigns, including doing skits, dressing up as clowns to share the gospel the children, and leading songs. 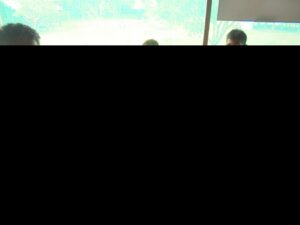 This discipleship and daily living together gives James and Violeta Flores opportunity to work individually with each student. As Violeta explains, “We build relationships with them to be able to better assess their lives, and as we continue to work with them, we understand more about them and their struggles.”

As “parents” and mentors to these teenagers, James and Violeta hope to continue growing the ministry and improving the camp so that their “children” might have better opportunities for personal development. Violeta shares. “We want to equip the students with useful skills for their lives. Something that seems very distant to them is learning how to use a computer. We´ve had a few classes to teach them and would love to implement a computer room. Their school has computers, and we trust in God´s provision to acquire some for the camp. But at this point we still don´t even have electricity except a few hours at night when we start the generator.”

Training teenagers to follow God´s paths is a difficult process. But over the years, Quiruma Camp leaders have been able to disciple their charges in godly Christian living as well as help them with their studies. Several “quirumas” have not only finished their high school education, but continued on for ministry and theological training at the BCM Peru’s Bible Seminary in Lima. Next year, the first Quiruma is scheduled to graduate from Seminary. What a glorious celebration that will be!

As Iquitos regional co-director for BCM Daniela Palomino tenderly puts it, “It seems that it is so little what we do. But at the same time it´s so much, and it is for the glory of God!” 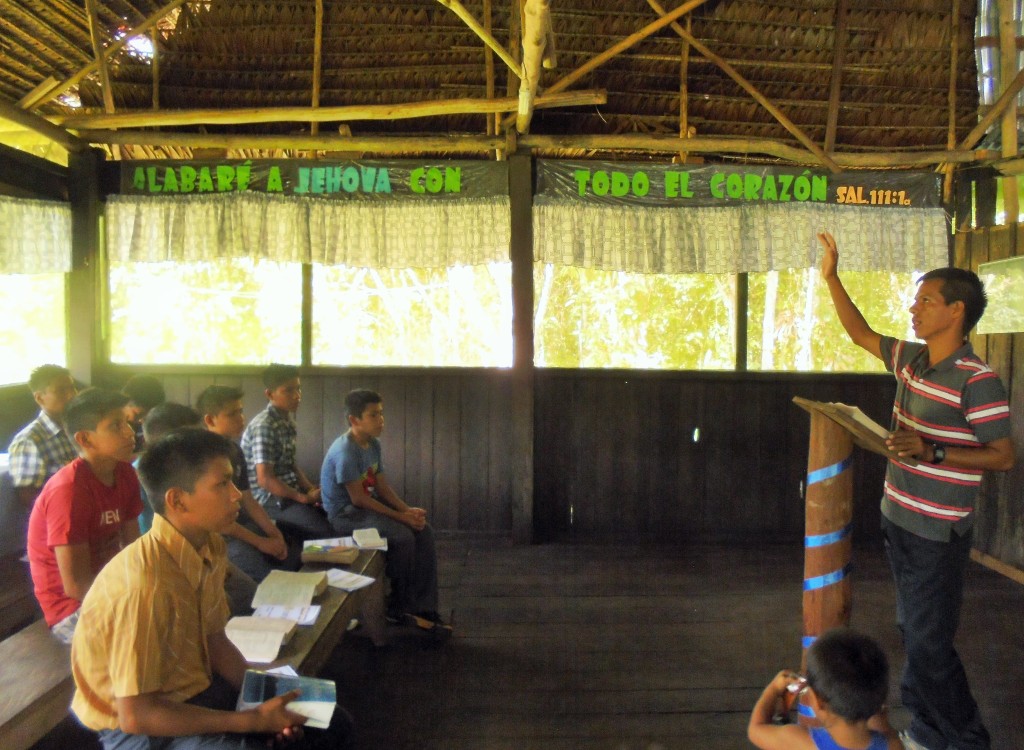