Stepping Out to Raise Up Leaders in Haiti 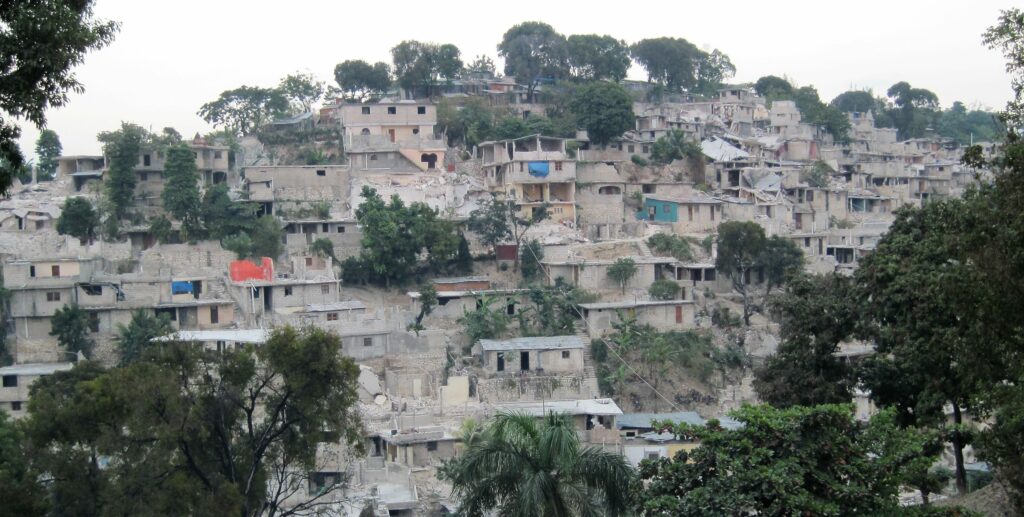 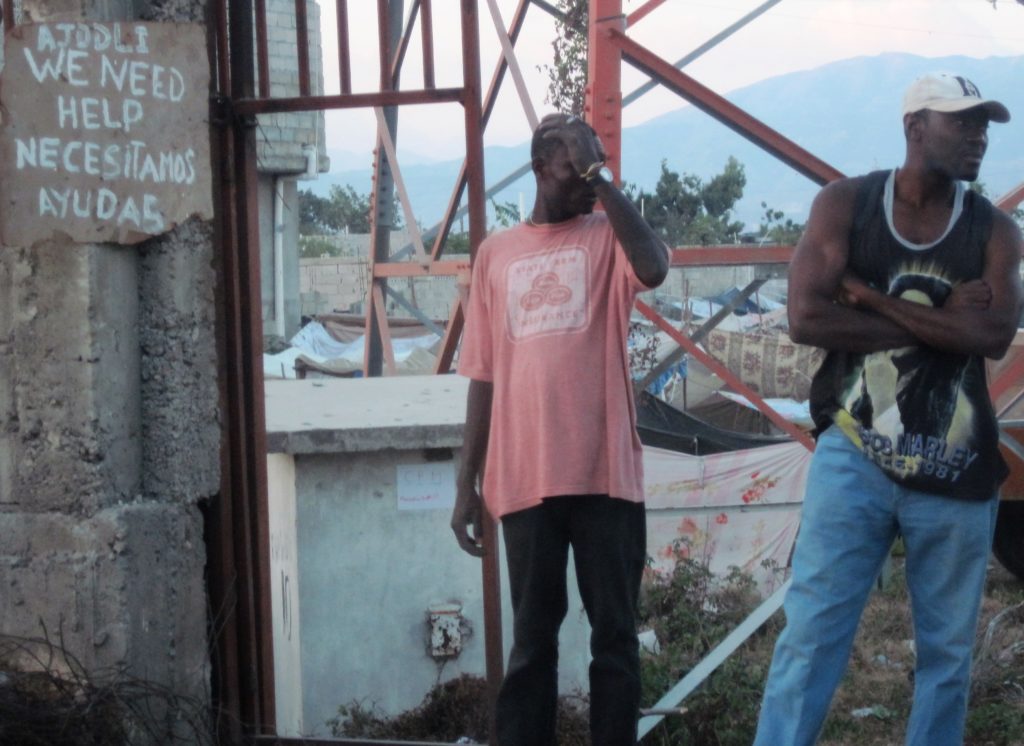 Haitians pleading for help after 2010 earthquake

BCM USA missionaries Christine Wigden and Lorraine Stirneman are no strangers to adventure, and in their ministry to Philadelphia’s inner-city children, they regularly push young volunteers to step out of their comfort zones in sharing Jesus (see Neither Rain Nor Heat . . . Nor Flying Bullets!, BCM World, September 2015). But in 2017, it was Christine and Lorraine who stepped from a North American comfort zone to board a plane headed south. A foreign language (French), the western hemisphere’s poorest country (Haiti), and a nation still reeling from devastating hurricanes and earthquakes awaited them at the far end.

The invitation came from BCM Canada missionary Jacques Forge. Today a missionary to Haitians living in Montreal, Quebec, Jacques grew up in Les Cayes, a city in southwestern Haiti, where he and his brother Andre founded a facility called the Place of Hope. This includes a church, an orphanage that houses sixty-five children, clinic, and learning center.

Jacques returns to minister in Haiti twice a year. A major lack in Haitian churches is any kind of printed material for children’s programs. To meet this need, Jacques asked Lorraine and Christine to join him for a nine-day trip in August 2017 with the objective of training Sunday School teachers to prepare Bible lessons when no supplies are available.

Christine shares, “We were willing to go, but we don’t speak any French, so we knew this was going to be a challenge.”

The two BCM missionaries landed at Haiti’s capital of Port-au-Prince. While only 160 kilometers in distance, Les Cayes was a seven-hour drive by truck from the airport. Lorraine describes: “The streets were crowded with animals, trucks, cars, and lots of motor bikes, sometimes with as many as six people on one bike. No traffic lights or marked lanes added to the mayhem. It was also hot! When we finally arrived at the property [Place of Hope], we were pleasantly surprised to have air conditioning. We were near the ocean, so some evenings we were able to swim in order to cool off.” 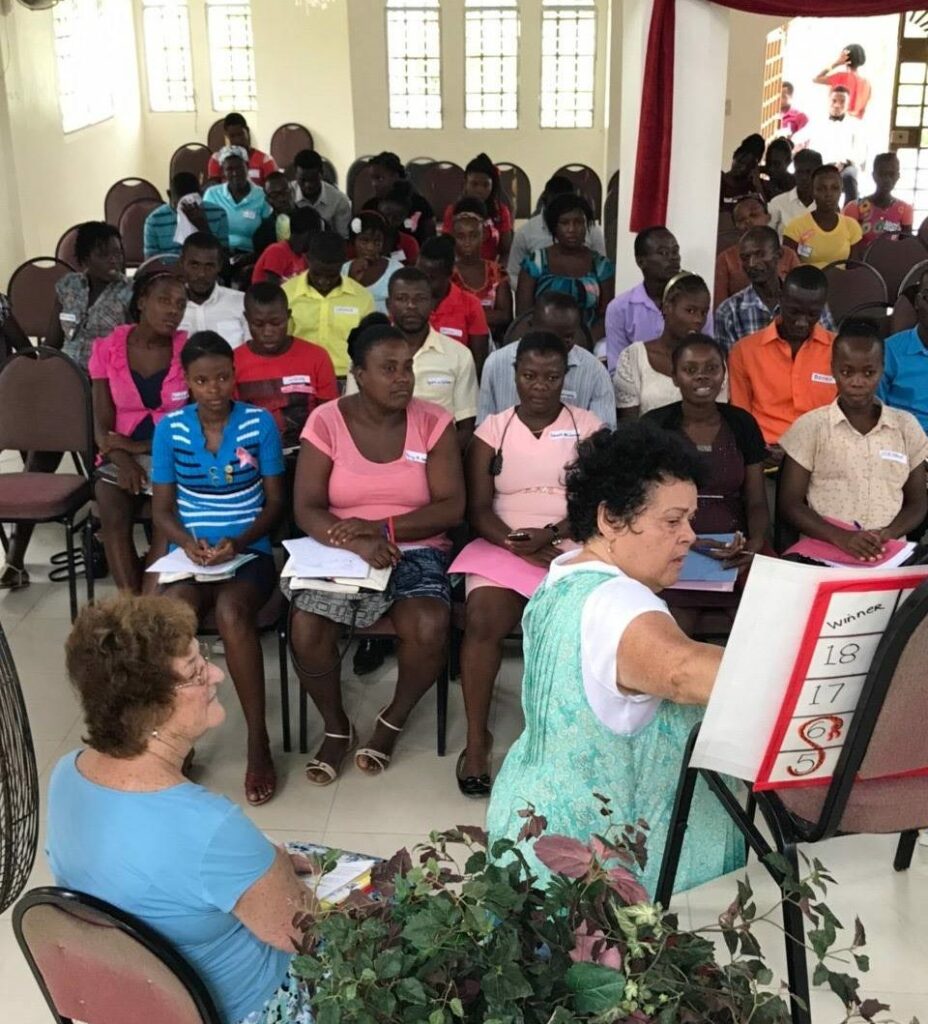 Lorraine and Christine settled in for a busy week of training with Jacques Forge as their chief translator. Fifty-five enthusiastic students from ten area churches, ranging in age from 15-25, arrived each day in time for a breakfast of hot cocoa, bread, and peanut butter before starting the session. Many walked more than an hour to attend. Lunch, typically chicken with beans and rice, was also supplied.

Topics ranged from understanding what it means to teach from the Bible to leading a child to receive Jesus as Savior. To address the need of having to prepare programs without pre-written material, the students were taught how to write their own aim for a Bible lesson, prepare the corresponding lesson, write an outline, and come up with review games reinforcing the lesson.

Lorraine described the participants: “We were assuming our attendees would be older Christians, but we were pleasantly surprised with the amount of young people and new believers who attended. It was also a surprise to find ourselves fielding questions regarding faith and salvation. We were thankful Jacques was there to take the lead on those conversations in French.”

After one course in particular, “How to Lead a Child to Christ”, many trainees came forward with questions. Lorraine and Christine explain: “At the end of the session, especially due to the questions regarding eternal security, we offered to talk with anyone who was unsure of their salvation. One man came up right away, and Jacques led him to the Lord. Out of everything we taught, this session was the most productive.”

Two sisters living in the orphanage attended the training. The girls are two of six children in their family. Their father, a pastor, passed away unexpectedly, leaving their mother alone with no income. Now four of the children live in the orphanage while their mother works in the kitchen. These sisters both teach Sunday School and were excited to participate in the training.

One sister shared part of her story: “When I was about nine years old, I had a skin disorder that produced ugly sores on my arms and face. Kids would laugh at me; I felt unlovable. But I read through the story of Esther and learned how she had no family and was very poor, yet she became queen. Her story brought me hope that God can help me, too, especially in my pursuit to become a doctor.” 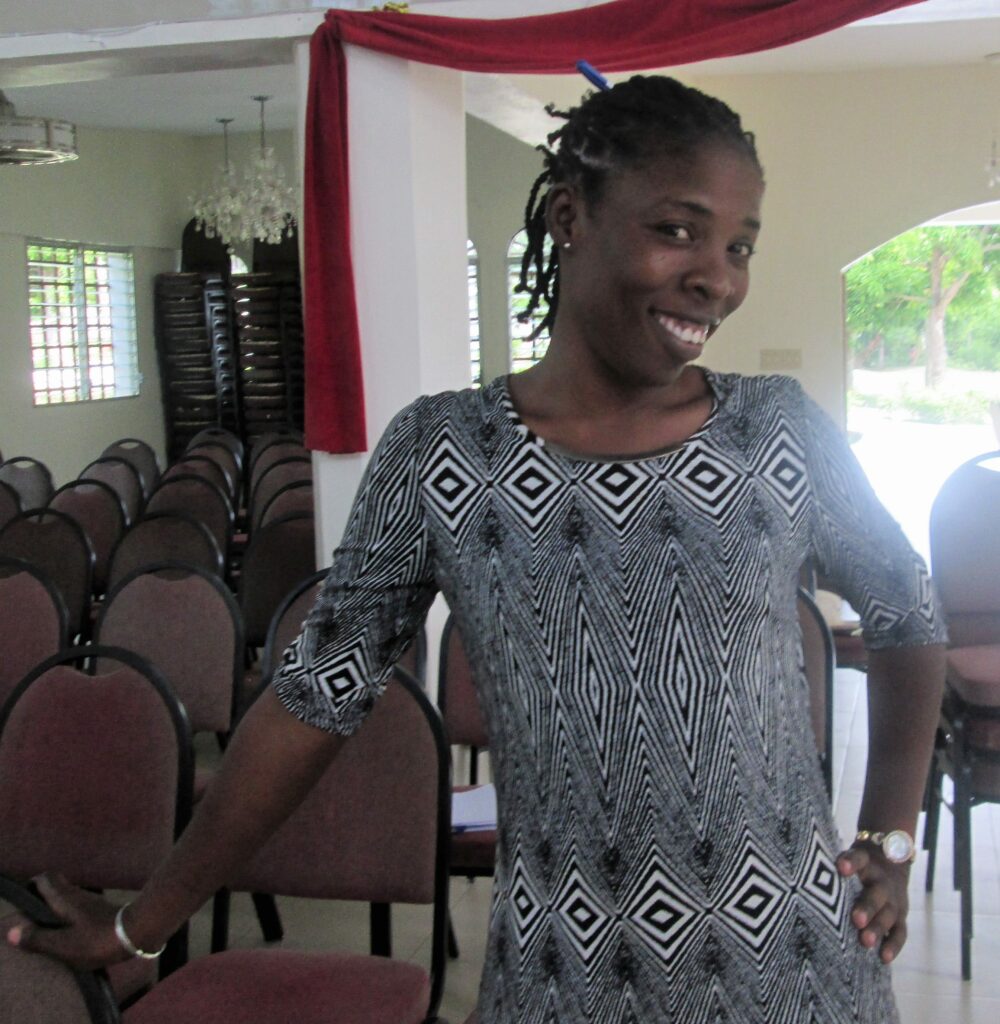 Christine and Lorraine didn’t want to just train, but to do ministry themselves. Christine organized a Vacation Bible School on the Place of Hope property. Every afternoon despite great heat, about eighty children participated in Bible lessons, games, and crafts. A few students from the morning training sessions stayed to observe and help out.

One volunteer named Myrland Forge, a cousin of Jacques Forge, already runs a Sunday school in the slum section of Les Cayes with up to a thousand children in attendance. Every week, Myrland and her mother cook rice and beans, package the meals, and hand them out to every child who attends. On the last day of VBS, Myrland was invited to teach the Bible lesson.

Christine attests: “Myrland has an amazing gift and holds the attention of all whom she teaches. We were thrilled to see each child paying attention and participating. Following her lesson on Noah, several children accepted Jesus as Savior.”

Since Myrland speaks and reads English as well as French, Christine and Lorraine presented her with several five-day Bible club lesson books in English to use in her own ministry. They were also able to give six of the ten participating churches some much-needed Sunday School materials. All ten of the churches received a list of seventy-two lessons that can be prepared using only a Bible.

Christine and Lorraine sum up: “There are so many needs in Haiti. Yet the Christians we met are joyful and appreciative of all God’s blessings. We praise the Lord for Jacques, who does so much to help those in need—from food to prison care, education, medicine, and orphans. Our prayer is that these Haitian teachers will be better prepared as a result of the training. God bless Haiti!” 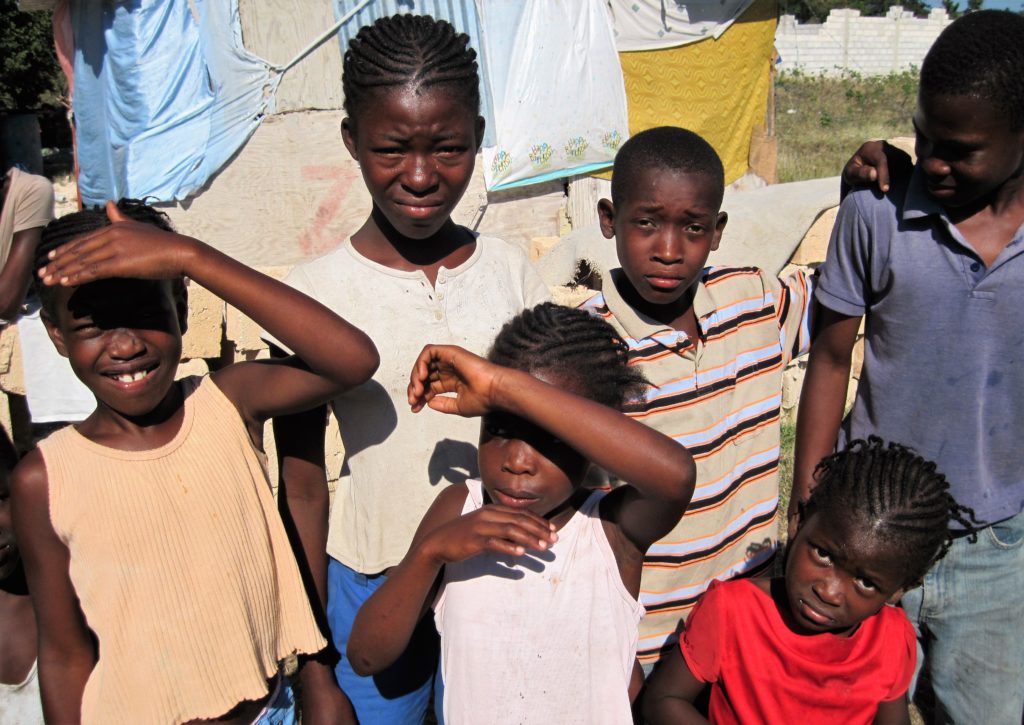