On the Road with God in Africa 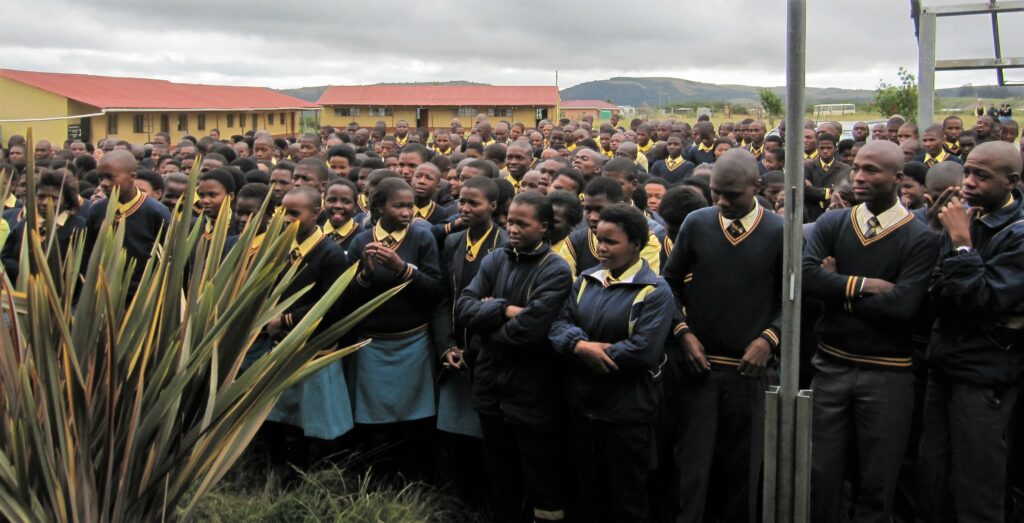 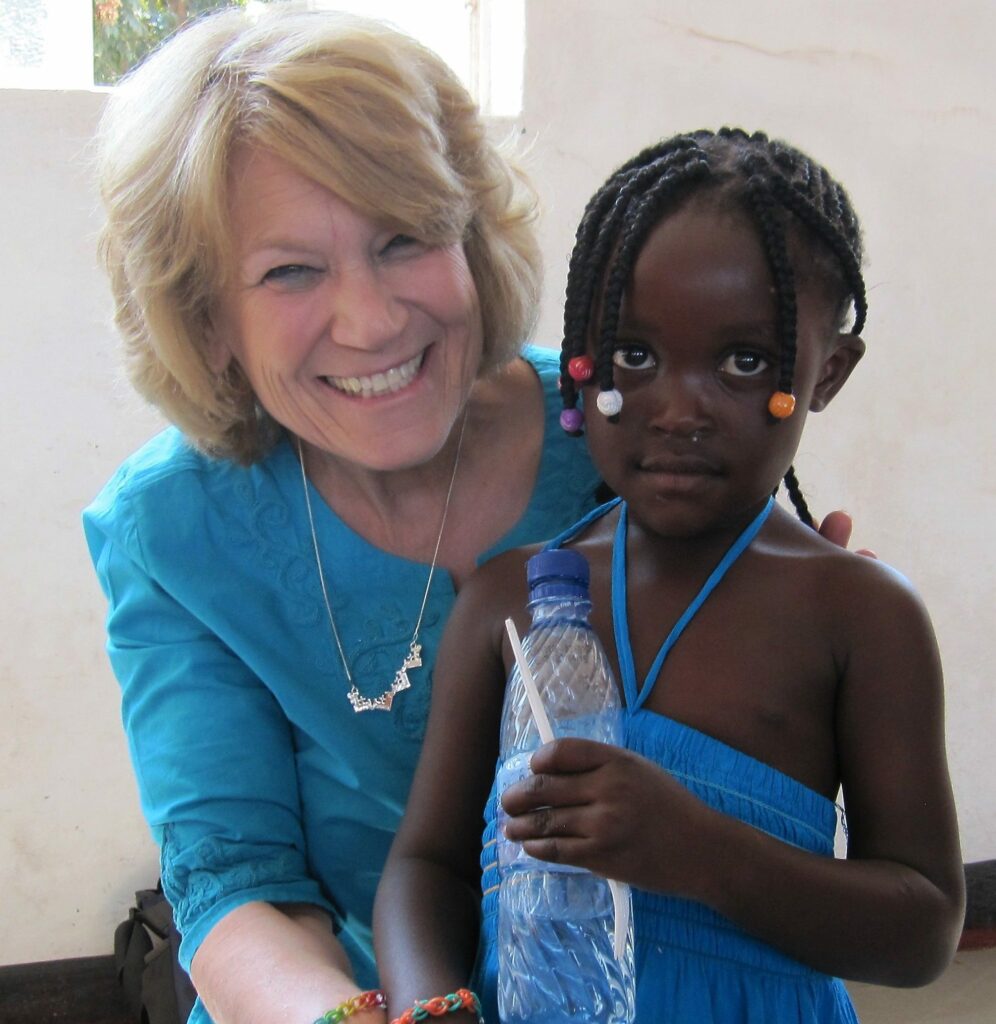 I am not a missionary, but I grew up in a missions-minded family. Whenever a missionary would visit our church, they would be our guests for Sunday dinner. We listened to their exciting stories and tried to imagine what it was like to be a missionary, especially if they were from Africa. In Sunday School, my teacher would have us take an offering each week for missionary projects like church roofs and bore wells in Africa. We would march up front, singing, “Jesus loves the little children, all the children of the world”, while we put our offering in a little woven basket. I prayed and I gave, but I never dreamed God would ever take me to Africa myself.

Then I married a missionary, Bob Evans, president emeritus and currently international representative for BCM International. A few years later I had the privilege to travel to Africa for the first time with him. Along with conducting leadership training seminars and preaching in local churches, we visited a number of BCM Africa ministries and missionaries.

On May 5th, 2014, we arrived in Durban, South Africa. Early the next morning, BCM Africa director John Peter and his wife Vijay picked us up in their vehicle, pulling a fully loaded trailer behind it. The drive was long and dusty, and it was well into the afternoon when we arrived at a public high school where BCM missionary Colin Wung teaches. But the principal immediately called all seven hundred students together for an assembly. They sang a beautiful choral piece for us. Then Bob spoke on the shortness of life and presented the gospel.

From the school, we drove down the mountain to the small home Colin Wung shares with his wife, their little girl, and a new baby. The home consisted of one room in what looked to be an old, run-down motel. It held a bed, a hot plate for cooking, and a TV. Other families lived in adjoining rooms. Here we unloaded blankets and clothing from the Peters’ trailer for distribution to needy families, then visited and prayed with the Wung family. We were deeply touched by these BCM Africa missionaries, who live with very little and yet serve God selflessly.

Then we were on our way again, this time driving along the hairpin curves and incredible scenery of Africa’s east-south coast. Thankfully, John Peter is an expert driver on all different kinds of roadways. The next evening, we enjoyed dinner at the apartment of another BCM Africa missionary, Pat Govender, who had recently returned from conducting an In Step with the Master Teacher training in Malawi, a small country nestled between Zambia, Tanzania, and Mozambique.

We headed next to a Bible conference in a very poor area of South Africa. BCM Africa director John Peter and his wife Vijay again brought a loaded trailer. What joy as blankets, clothing, and teaching materials were carried in! Bob and John Peter taught morning and afternoon, and there was much discussion at the lunch table among pastors and Christian leaders. 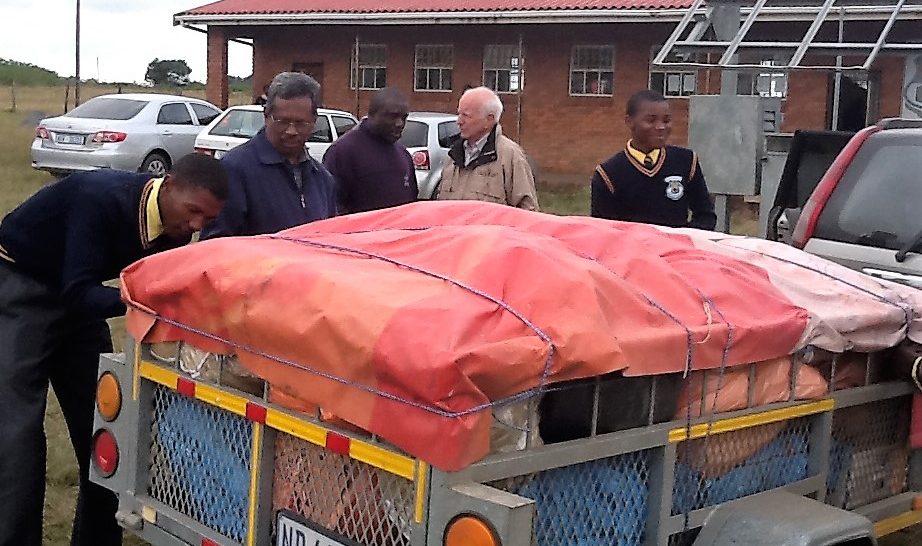 From Durban, we flew to Johannesburg and on to Zambia, where we were welcomed by another BCM missionary, Titus. After a conference led by John Peter and Bob, we drove to another city for an all-day Saturday training seminar. What an adventure that proved!

The seminar was scheduled to start at 9am, and it had been advertised that teaching materials as well as morning tea, lunch, and afternoon tea would be provided for all attendees. But when we were picked up after 8am, neither food nor photocopies of materials had been arranged. We headed to the church while Titus headed into town to make purchases. After several wrong turns on bumpy dirt roads, we finally arrived at the church shortly after 9am to find over a hundred in attendance.

Bob began teaching, but by time for the morning break, no tea supplies had arrived, so Bob went on into the next session. Lunch time came with still no food or teaching materials, so Bob kept on speaking. But no one complained or seemed restless. At 2pm, a cooked meal arrived. Afterwards, the sessions continued. By now, no one even suggested an afternoon tea break. Despite the morning’s frustrations, in the end the day proved a rich time of learning from God’s Word and fellowshipping with God’s children.

We then flew on to Nigeria, where Bob had been invited to speak at the ECWA (Evangelical Churches of West Africa) Sunday School teachers conference. On the plane we met two Nigerian women who shared that they too were Christians. We arrived in Abuja, the capital city of Nigeria, late at night. Security was very high, and the two Nigerian women expressed concern for our safety, explaining how to get our luggage and making sure our driver was there to pick us up.

We spent the night at a mission guesthouse. The next morning, we began our three-hour journey by car to the conference. In those three hours, we were stopped over a dozen times by men with weapons or big sticks, who threated to puncture the tires or damage the vehicle if our driver didn’t give them something. Sometimes they insisted on seeing who (us!) and what (our belongings!) was in the car with him. A young Nigerian man, our driver faced this gauntlet each time he drove from one city to another. 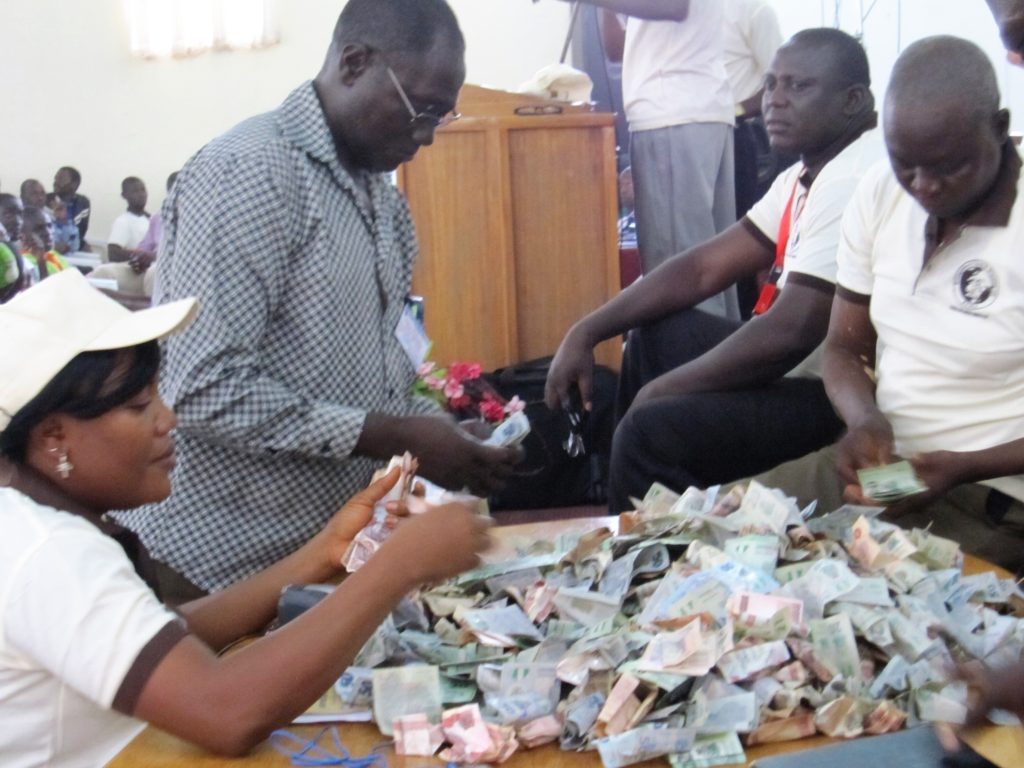 We finally arrived in Jos, another large city where the conference was being held. Just as we were being dropped off at a missionary compound, we heard two bombs go off some distance away. There was no TV, and internet was spotty, so it took some time before we found out that the bombs had been planted by an Islamic militant group. 118 people had been killed with many more wounded.

Though the seminary compound where the conference had been scheduled was on full security alert, more than 1100 Sunday School teachers of many different tribes with different styles of dress, customs, and even music arrived the next day from all over Nigeria for the three-day conference on teaching children. Many who attended had lost a friend or relative in the bombings and other terrorist attacks. Bob spoke six times each day, and it was exciting to see the group’s interest and the Holy Spirit at work in their lives.

After the last session, it was announced that an offering would be taken for the ECWA churches’ own short-term missions trips that summer. After prayer, all 1100-plus attendees began to sing as they walked, marched, or danced to the front of the auditorium to place their offering in a large woven basket. To me, it felt as though my life had gone full circle—from praying and giving as a child for missionaries to take the gospel to Africa to seeing God’s church in Africa today, now bringing their own offerings to send out their own missionaries. I left Africa thanking God for our BCM Africa missionaries and with a fresh understanding of the challenges, hardships, and dangers they face in taking the gospel to the continent of Africa. Yes, Jesus loves the little children, all the children of the world! 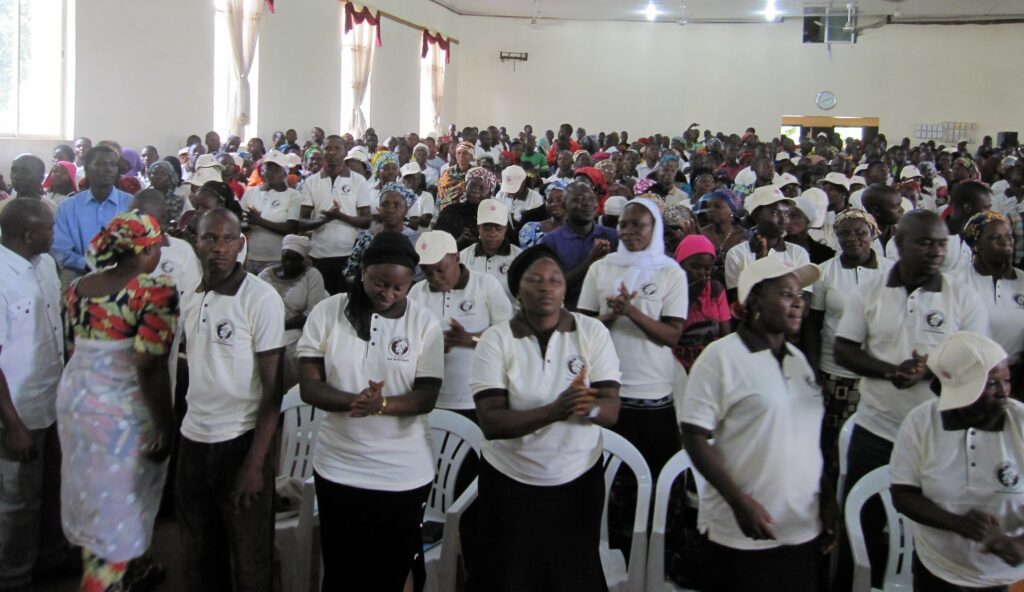