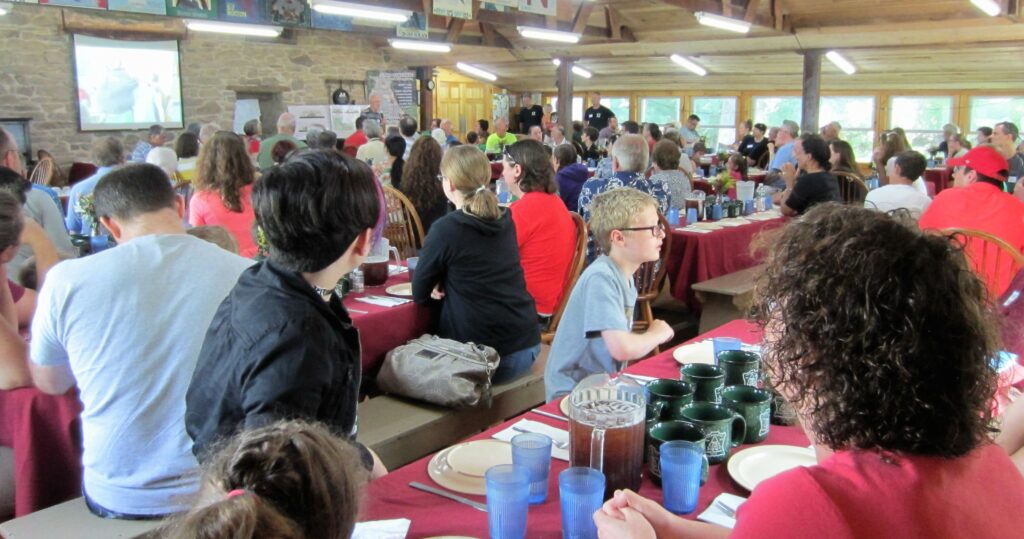 The day’s celebration kicked off with a sit-down lunch in Sanakac’s dining hall, where a historical overview and challenge for the future was offered by the most senior camper present, Dr. Dave Haas. Dave remembers well arriving at Camp Sankanac as a very homesick 9-year-old in 1942, the camp’s second summer in operation. By the end of that week, he’d accepted Jesus as his Savior. Dave and his wife Lois went on to become career BCM missionaries, including serving at Camp Sankanac for 13 summers. 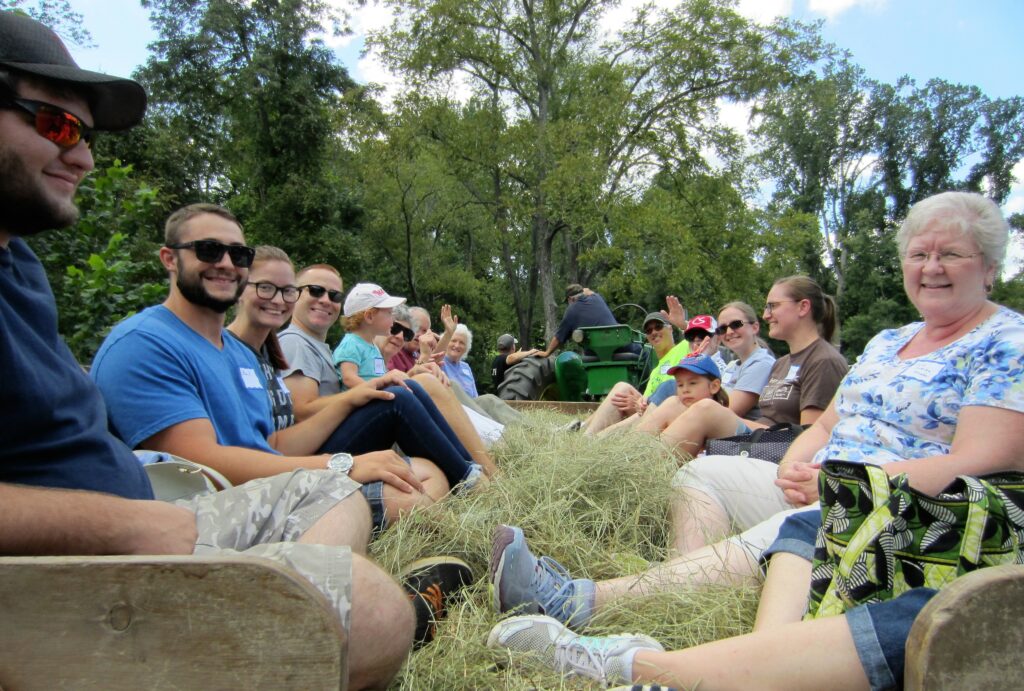 “Blast from the Past” hayride

Sankanac executive director Roy Schell and camping program director Josh Brackbill and his wife Becky also gave updates on Sankanac’s most recent summer program. 1294 campers attended Sankanac this past summer. 100 children accepted Christ as Savior, and 50 more rededicated their lives to serve God. Becky Brackbill sums up: “When I look at these numbers and think about the last 75 years, I am blown away by how many campers have walked through these [dining hall] doors, have climbed those chapel steps, have sat on the Pine Site benches, and have heard the Gospel because of their time at camp.  I have seen kids come as 7-year-old campers, then come on staff as counselors.  I have seen families come to camp for two and three generations—people who loved camp so much that they sent their children and now their grandchildren.  The things that God has done here and continues to do here amazes me.”

The rest of the day included a “blast from the past” of memorable activities for former campers of all ages, including hay rides, swimming, boating, disc golf, black-light dodgeball, arrow tag, and more. A picnic dinner of barbecued chicken and brisket was catered by Stampede Smokin’ BBQ. The celebration finished in true Sankanac tradition with a campfire worship service as well as a look ahead to what God has in store for Camp Sankanac over the next 75 years or until Christ’s return.