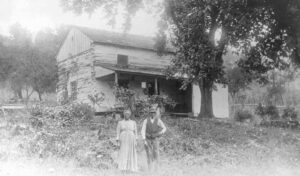 The Civil War had not yet begun when a family of escaped slaves moved into a stone farmstead in Spring City, Pennsylvania, donated to them by fellow abolitionists, the Bertolets. After escaping slavery themselves, the Massey family went on to risk their own freedom and that of their six children to provide a haven for other refugees as part of the Underground Railroad. This network of secret routes and safe houses had been developed to help slaves escape north to free states or Canada. The Massey farmstead provided one such way-station, hiding slaves in their root cellar, barn, or fields. 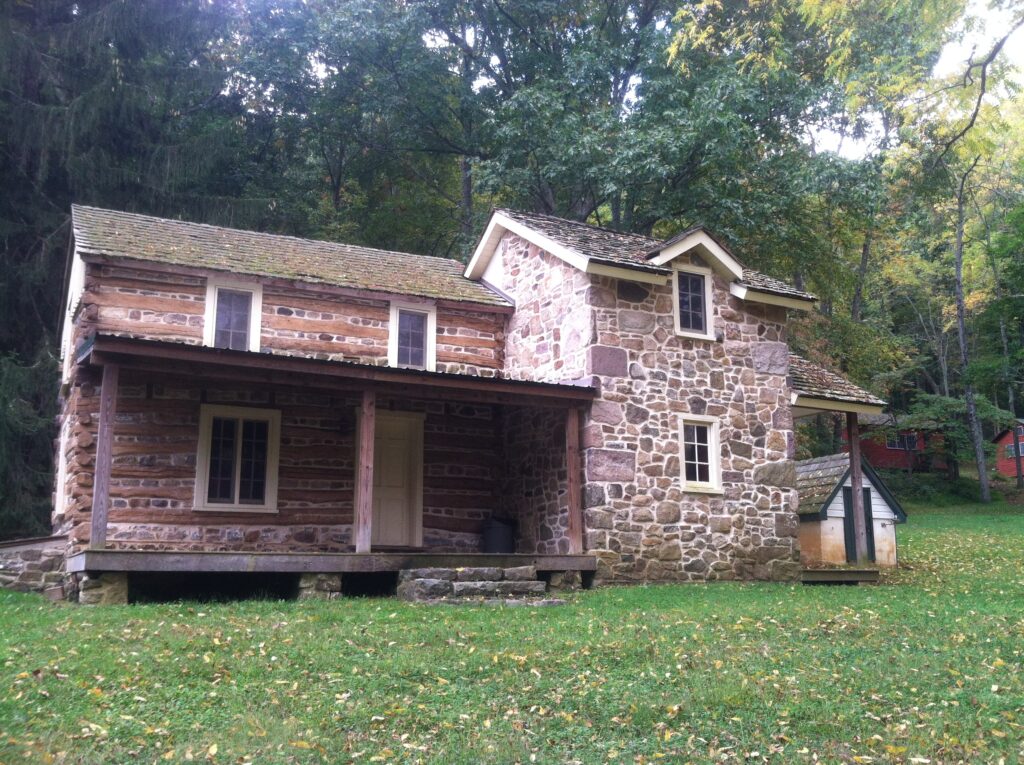 Each camp lasts for seven days and adheres to a particular fun theme. Some of last year’s themes include Mission Impossible, Army/Navy, Time Warp, and Wet ‘n’ Wild. A pool, pond and stream—French Creek—that runs through the property offer campers various water activities. A paintball course adds to the fun. But reaching children with God’s love is the most important focus of each week. Last summer over fifty children accepted Christ as their Savior during the youth summer camps.

The original Massey homestead serves as a focal point for OEP. The farmhouse is part of an educational tour while the Massey barn houses the program’s Underground Railroad exhibit and Creation Museum. The Underground Railroad exhibit is on the barn’s ground floor and includes various posters, items from the slavery era, and reading material. Hanging from a peg are two necklaces that numbered slaves as property of the Black Labor Supply. Two wooden yokes that once restrained slaves rest against the wall.

While children learn stories of the courageous Massey family and escaped slaves, Camp Sankanac director Josh Brackbill asks questions to get them thinking about the importance of humility and equality. “Do these evils all start with pride? Viewing oneself as superior to another? The prime example in the Bible is that of Pharaoh and the captive Israelites. Why did Pharaoh do it?” 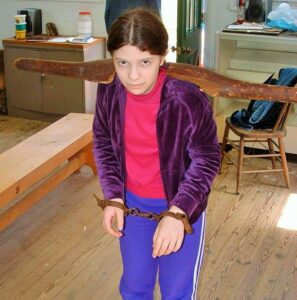 Brackbill also references the two slave yokes sitting against the wall, paralleling the yoke of slavery to spiritual bondage and the freedom our souls can experience. A Bible verse Brackbill shares is Galatians 5:1 where the apostle Paul says, “It is for freedom that Christ has set us free. Stand firm, then, and do not let yourselves be burdened again by a yoke of slavery.”

After walking through the Underground Railroad exhibit, visitors move to the second floor of the barn which holds the Creation museum. Along with many posters are museum grade artifacts, National Geographic magazines, dinosaur busts, and countless information on the topic of creation versus evolution, Noah’s flood, dinosaurs, fossils, and more.

Children enjoy learning that dinosaurs could be found in the Bible, such as in the book of Job, chapter 40 where God describes a behemoth whose “bones are tubes of bronze, his limbs like bars of iron.” Of the leviathan, Job 21:40 says, “Smoke pours from its nostrils as from a boiling pot over burning reeds.” Could this be a fire- breathing dinosaur?

Among the pictures is one of the Grand Canyon’s various layers, which evolutionists say developed over millions of year. Could the Flood have caused the various layers? Camp Sankanac believes in a literal six day creation. They teach the logistics of the Noahic Flood and fitting the animals onto the ark.

“It is really cool when you see the light bulb switch on in the kid’s head,” says Josh Brackbill. His main challenge to visiting children is to accept what God has said, not man. He gives several examples of evolution theories and fossils that supposedly proved these theories, but were later proven to be a hoax. Josh Brackbill teaches his listeners to think critically of the books they read and the movies they watch. Even sermons should be compared with the Bible, not necessarily skeptically but critically. 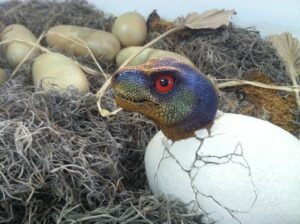 A finishing touch of Camp Sankanac’s outstanding Outdoor Education Program is the raptor program, typically offered every two years. This program is directed by Jonathan Wood, who shares openly of his past as a convicted felon for smuggling exotic bird eggs. While in prison, Wood came to know Jesus Christ. He made a commitment that if God would get him out of jail, Wood would serve Him. Once freed, he kept his promise to God.

Jonathan Wood rehabilitates birds, trains falcons, and teaches many people about his birds. While teaching about birds, he also gives his testimony of salvation through Jesus Christ. Wood and his birds have been invited to participate in various shows and stunts throughout the world.

All in all, Camp Sankanac is rich in resources, enjoyment, and learning. However, they are also always in need of counselors, lifeguards, day camp staff, and support staff during the summer. If you are interested in helping their ministry check out their website at campsankanac.org. And if you are not interested in volunteering, consider attending with a group of children. The Outdoor Education Program is an enjoyable and exciting way for all ages to learn important truths. 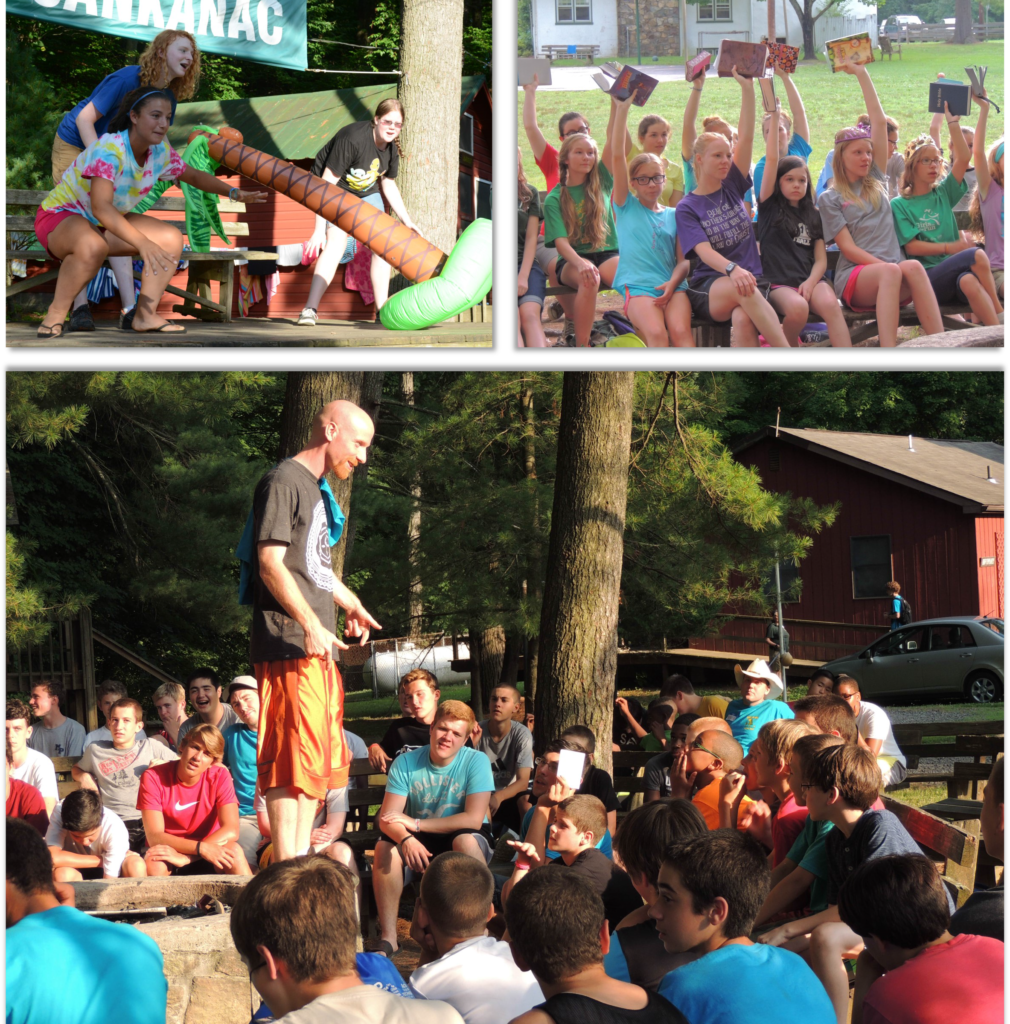