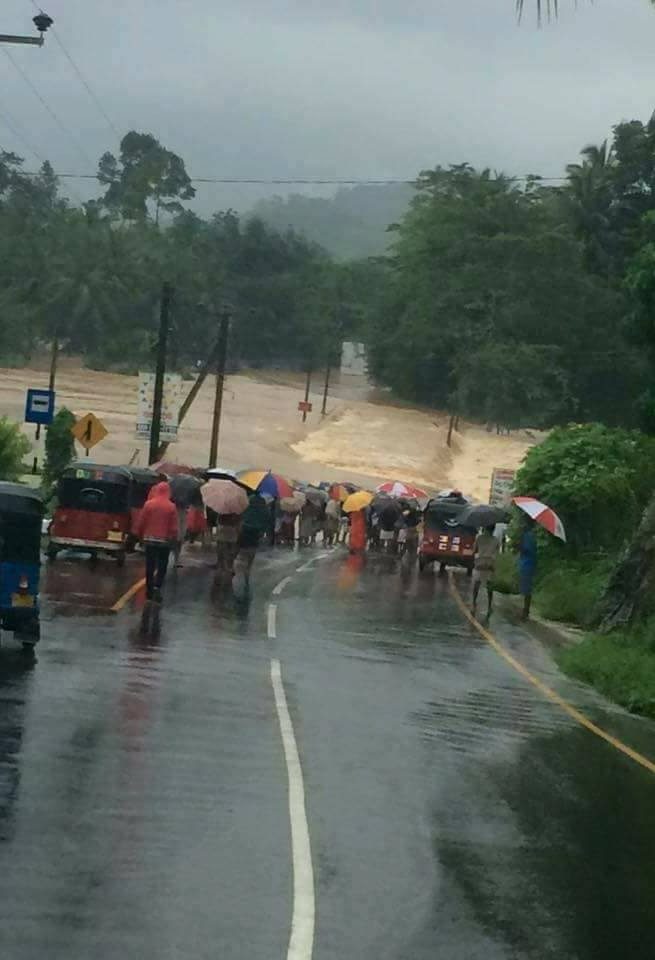 The small island country of Sri Lanka, off the coast of India in the Indian Ocean, has been decimated by the worst flooding in 14 years caused by monsoon rains. The hardest hit district of Kalumatra is just south of the capital city, Colombo. BCM International has pastors and missionaries throughout the country of Sri Lanka, doing their best to aid and provide shelter for the displaced while wading through the wreckage themselves.

More than 600,000 have been displaced, over 150 were killed, and around 100 are still unaccounted for. With cyclone rains still in the forecast, the crisis is not over yet.

The needs are great! Aid is slow in coming with the roads washed away, heavy rain impeding air travel, mudslides blocking the roads that are not already gone, and even crocodiles entering flooded homes.

In the middle of it all, though, BCM Sri Lanka Director, Meashed Liyanage, has maintained stability to lead the churches. Worship services were held, allowing believers to deflect their fear and pain back to God and cry out for help and hope. Meashed says, “God touched our broken hearts and gave hope to bless the hopeless. The hardest thing I have undertaken in my life has been to give leadership to many who are working in remote locations and find the best possible way to keep them encouraged with the work God has called them to do. Challenges are many, but when united, much can be accomplished.”

We ask you to pray for God to end the continuous, heavy rains. Rivers that flow down to the ocean continue to rise and more cities are being evacuated. Pray for protection for Meashed and the BCM Sri Lanka team as they travel the country working with the Sri Lankan rescue personnel and offering aid to as many as they can. Much of their travel is into the most heavily affected areas, including by river banks and into Buddhist temples. While offering physical aid and supplies, Meashed emphasized that they are coming in to offer hope and encouragement as well. BCM staff are working around the clock with volunteer teams, aiding in evacuations and the preparing of food and water to be given out. BCM’s good reputation within the country has been a catalyst in the government agencies seeking out BCM personnel for help in the rescue and aid efforts.

As God moves, secure donations can be given here. All donations will be given directly to BCM Sri Lanka and used to provide aid for this disaster. Immediate needs include food, clean water, clothing, and home repairs. In Meashed’s own words: “Your donations will bring light to many who have lost hope.”

“The Lord will roar from Zion and thunder from Jerusalem; the earth and the heavens will tremble. But the Lord will be a refuge for his people, a stronghold for the people of Israel.” Joel 3:16
[hr]