Unexpected Travelers: When a Short-Term Missions Team Unraveled, God Made a Way

By: Erika A. Bruckner 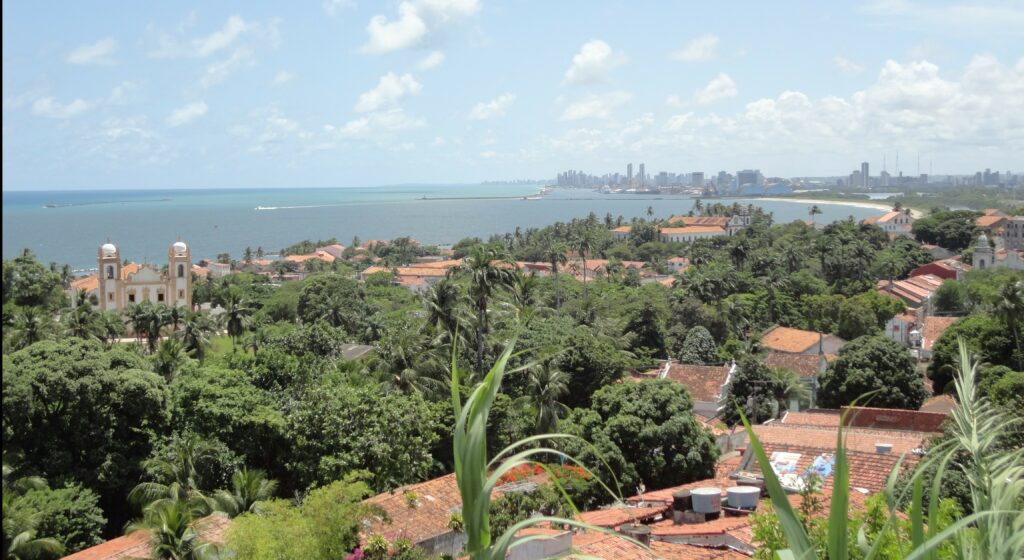 Recife, Brazil (BCM World)—Joe Dukes, VP of Personnel for BCM International, had traveled to Brazil six times. He had no immediate plans for a seventh trip. But God did.

A full team from BCM was scheduled to go to Brazil to lead a camp ministry in January, 2014. Under the leadership of Maria Gusmao, BCM missionary in Recife, Brazil, short-term mission teams serve at Ministerio Centralizado Na Biblia (Bible Centered Ministries) vacation camp. The ministry leads Bible Clubs, which reach thousands of Recife’s street kids and underprivileged teens, and also hosts eight weeks of camp annually designed to reach Brazilians of all ages. The BCM team was planning to minister through one of those camps, helping teach English as a second language.

On December 1, Joe received an unexpected phone call. The entire team scheduled to leave in January was no longer able to go. Just weeks before the scheduled departure, Joe was named the team leader of a team that did not exist.

“How was this going to come together?” he wondered. “I feared it would be cancelled; yet I felt the determination from the LORD that this should move forward.”

Joe explains now, “I knew God had a purpose, and certainly He would provide.” However, at the time Joe had no idea how, or who, would be part of the solution.

Joe’s first action? Ask people to pray. He also reached out to Maria, asking the unthinkable, ”What options do we have if we don’t have a team?” Both felt they should not cancel the camp. 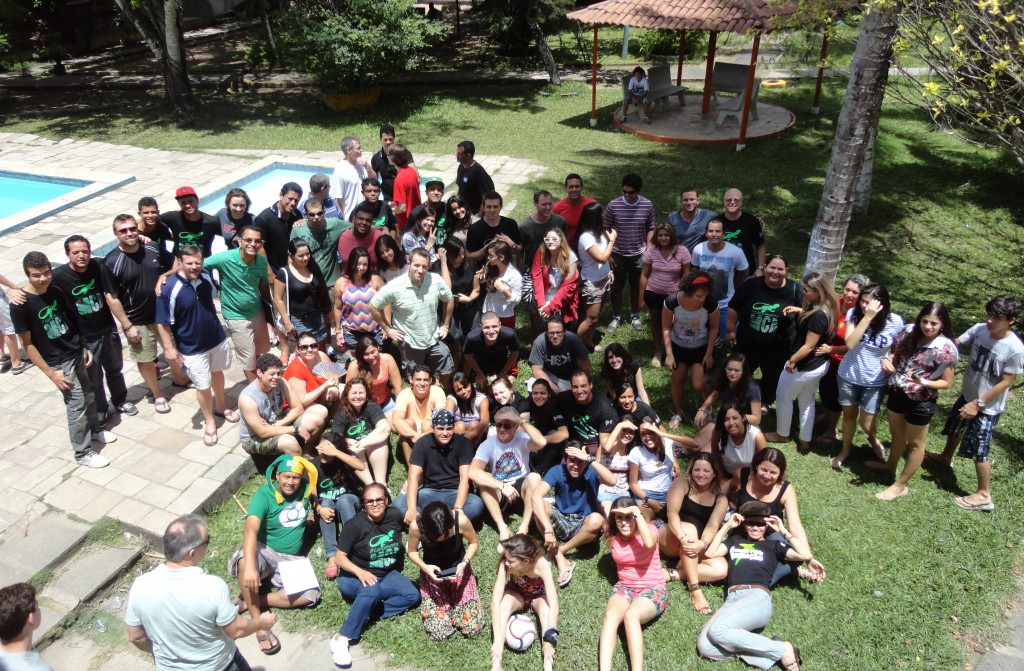 As Joe and Maria were waiting, Maria received a phone call. A medical evangelistic trip to Brazil had been cancelled, and their team leader wondered, “Could you use any help for English camp?” Dr. Chris Scherier, the man asking the question, knew nothing about Maria’s own cancelled team and the need for new team members. But God did.

Through various means, God brought together 13 people from two different states to comprise the brand-new team to Brazil. The last was confirmed January 13, nine days before departure. God was working through this trip, and the airplanes had not yet even left the ground.

“It is completely obvious to me that the LORD brought this team together,” says Joe. “Our efforts are without merit if we do not depend on God to form what He desires and not for us to ‘manufacture’ the desired result. I could clearly see that each team member had a vital part to play. God enabled it, and He was to receive the attention and glory for what was accomplished.”

A medical doctor, nurse, physician’s assistant, restaurant owner, worship leader, former missionary kids, church evangelist and sound technician set off from January 22 to February 3, 2014 to MCB’s English Camp to teach English to Brazilians for the purpose of presenting the Gospel of Jesus Christ.

Team members bunked with Brazilian campers, ranging from age 14 to 62. “I had a lot of great discussions with my roommates,” recalls Duane Miller, a team member who spent his childhood with his missionary parents in West Brazil. When the medical missions trip was cancelled, Duane and his son Korin eagerly joined the camp team to, “share the truth and the love of Jesus while helping at English Camp.” Although they primarily spoke English to reinforce learning, Duane’s Brazilian background enabled him to communicate on a deeper level in Portuguese, so topics such as the Gospel could be clearly understood. 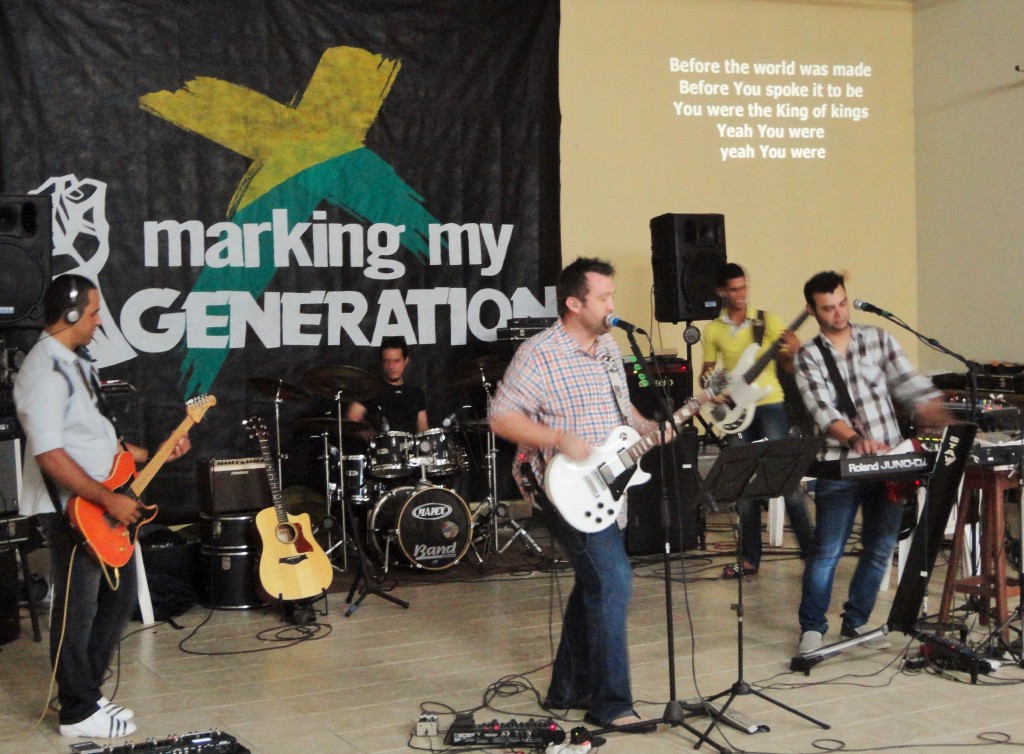 Robert (BJ) Allen, an engineer from Campbelltown, PA, served as worship leader. He found out about the trip December 18. The following day, he committed to join the team. His daughter Kathleen, who had neither a passport nor a visa, also joined. BJ immediately purchased plane tickets and trusted God to bring in the money to cover the trip. Kathleen’s visa arrived the day before departure.

This was BJ’s first mission trip, and he readily admits, “Nao fala Portugues!” Instead, he communicated through other languages – English and music. “I bonded with the musicians that were there. We played together as if we had known each other for years,” he recalls. “It was amazing.” BJ had the privilege of leading a young girl to the Lord. At camp that week, 10 souls professed a new faith in God.

One highlight for BJ was building relationships with team members, who have now become good friends. “I have made connections with folks in Brazil that will likely last a lifetime,” he explains. “Our team gelled right away,” Duane agrees, “We had one vision.” Team members continue to keep in touch and recently enjoyed a “reunion” at Joe’s home this spring.

The purpose of the camp was to teach English and Bible to campers, and days were filled with English lessons, Bible teaching, small group experiences and sports. The curriculum and Bible message series were developed by Joe. But more than teaching a language, the team taught love. “Jesus is real. He loves them, and he is the only way to the Father,” Duane summarizes his core message for campers. 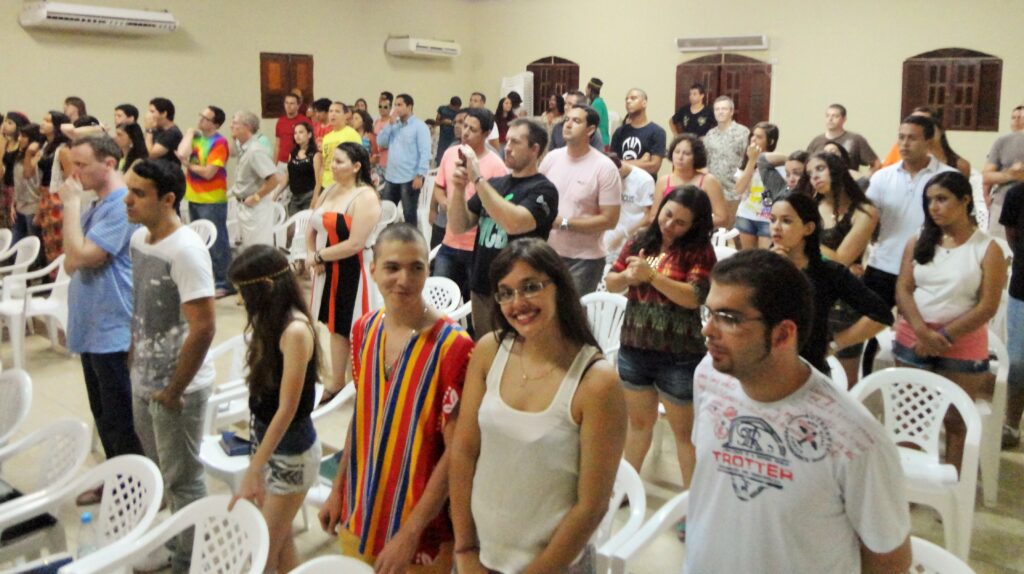 However, Brazilians were not the only ones who learned something through camp. “My faith was challenged, and I saw that God was in control of all the little details I was anxious about, from funding the trip to the safety of my son,” says Duane. The sovereignty of God was apparent through the entire experience.

This team came together in mere weeks. The first time they met was on the bus to the airport. However, Joe says, “I do not think I have experienced greater love and unity in a team. Though we are all different in many ways and from different ministry or job backgrounds, there was a strong determination to serve together and set aside differences for the furtherance of the Gospel.”

When from a human perspective the Brazil English camp team had unraveled, God had only just started building the team He had planned from the very beginning. No one on Earth imagined this outcome. But God did!