WOMEN REACHING WOMEN AT THE TOP OF THE WORLD 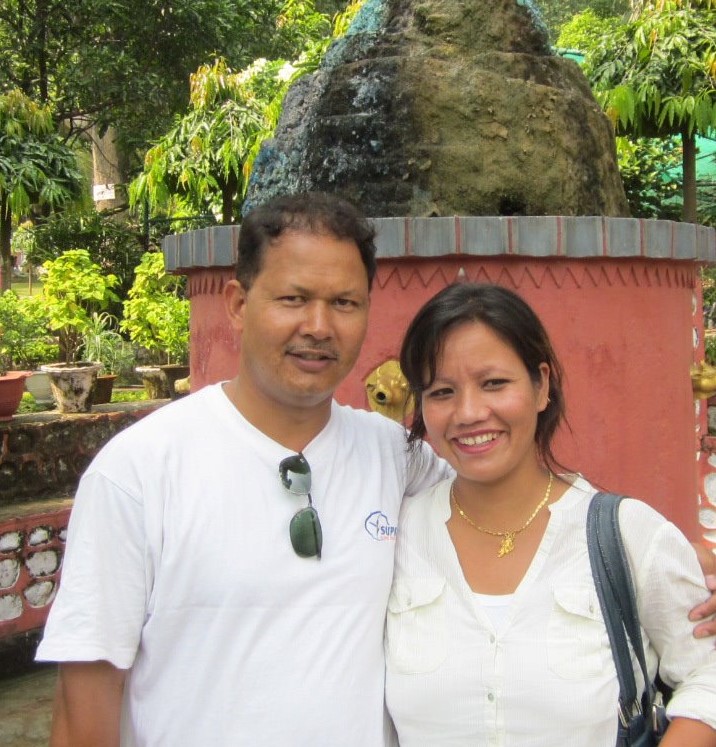 By: Jeanette Windle with Shila Vaidhya

“I was in Dhading [a mountainous region in central Nepal] to preach the Gospel with my husband [Rev. Robbin Vaidhya, national director for BCM Nepal]. A woman with whom I shared accepted Christ as her Savior. But then she started to cry. When I asked what was wrong, she told me how every day her husband came home drunk to beat her, so badly she was forced to hide outdoors during the nighttime when he was home. As I listened to her, I felt so sad I started to pray about how I might help such helpless women find shelter.”

This abused wife was not the only woman in desperate need to cross Shila’s path. A high-altitude, landlocked country in Central Asia perhaps most famed for possessing the planet’s tallest peaks, including Mount Everest, Nepal is still dealing with the effects of a decade-long civil war between Maoist insurgencies and Nepal’s Hindu monarchy. The fighting has left thousands of widows and orphans with no means of support.

But beyond this is a deeper problem. Nepal remains a male-dominated society where women are ranked second-class citizens. Arranged and teenage marriages are still the norm, and domestic violence is so prevalent that almost 50% of Nepalese women are estimated to have been victimized by spouses, in-laws, even parents. While some protective legislation has been passed, such laws are rarely enforced. If women attempt to escape their situation, they have no place to go and few means of earning a living.

As Shila and her husband Robbin served in a BCM church planting ministry, Shila was not just encountering more and more married women enduring extreme physical abuse. Human trafficking was another major social problem with upwards of 10,000 women and girls sold each year from Nepal into prostitution or forced labor in neighboring India or the Middle East. Women or their children who contracted HIV/AIDS were driven out onto the streets. Then there were the elderly who had no families to care for them. If they were fortunate, they might find a sleeping pallet in an old age home where there was little food and squalid living conditions.

Shila counts herself blessed to have come from a very different background. She was born into a Christian family, hardly typical in Nepal where Christians are only 1.4% of the population. She accepted Christ as a young girl. Well educated in a country where more than half of women are illiterate, Shila went on to attend a Bible and missions training institute. But she was decidedly not interested in a spouse involved in Christian ministry, a livelihood that promised neither financial nor social stability. Shila shares how God turned her life plans upside-down.

“When I was 20 years old, I learned in a lecture at the Bible institute about choosing our life partner. I started to pray for my partner. Then one night I had a dream. I was walking on a path that was dangerous and slippery with water from a river. Suddenly I slipped and fell into the river. I shouted for someone to save me and prayed to the Lord. Then I saw a hand. As I caught that hand, I saw a red marking on the right arm. Waking up, I asked the Lord the meaning of my dream. That same day Pastor Robbin Vaidhya visited the Bible Institute. On his right arm I saw a red birthmark exactly as in my dream. Amazed, I asked the Lord what was the meaning of this. Sometime after, Pastor Robbin proposed marriage, and I accepted.” 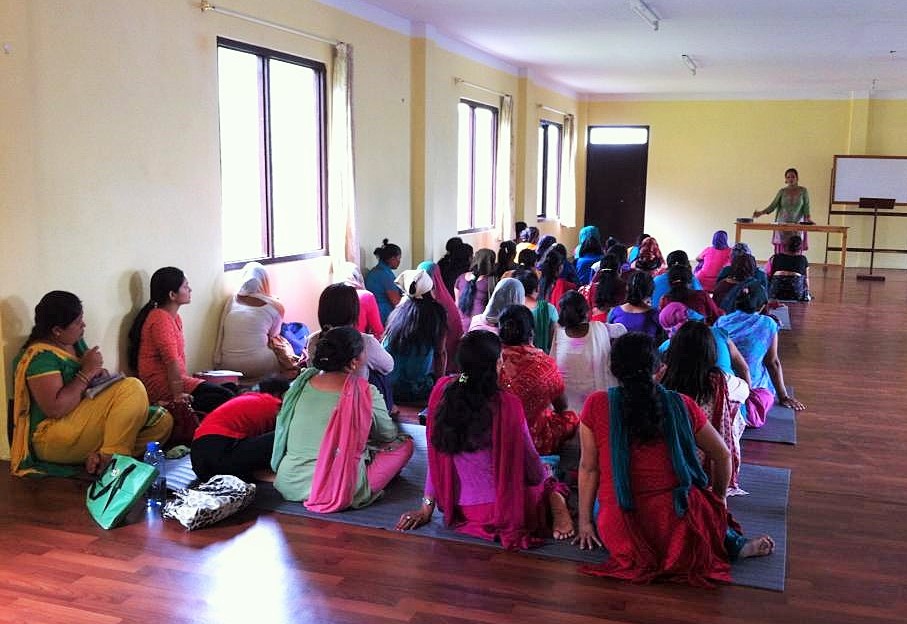 Robbin and Shila Vaidhya were married in 2001. A year later God gave them the gift of a son. Robbin had been serving as a BCM missionary in Nepal since 1999 and became national director of BCM Nepal in 2003. Today the BCM Nepal team includes eight full-time missionaries and five more volunteer pastors. A major focus has been church planting.

Which has not always been easy. Until 2008, Nepal was the planet’s only Hindu monarchy. Preaching any other faith was illegal, and Christians routinely faced persecution. When peace accords with Maoist rebels brought an end to the monarchy, new freedoms led to an explosion of church growth, including construction of BCM Nepal’s first permanent church sanctuary, Milestone Church on the outskirts of Kathmandu, where Robbin Vaidhya serves as senior pastor (see From Rice Paddy to Light on a Hill, BCM World, Summer 2010).

Since 2009, Shila has served as BCM Nepal’s children’s ministry coordinator. But the plight of Nepalese women has remained heavy on her heart. As the BCM Nepal churches have grown, Shila has not only developed women’s ministries within the churches, but built up a team of Christian women to serve with her in reaching other women at risk outside the church.

Such ministries have included job training programs, adult education, outreaches to old age homes, hospitals and jails, HIV/AIDS effected women and children, as well as victims of domestic violence. Although often very poor themselves, church women collect offerings, food items, and clothing to give out. Shila likes to involve the church children as well to minister to the needy and even share the Gospel.

A recent outreach to an old age home offers one small glimpse of this growing ministry to the neediest of Nepal’s women. Not far from BCM Nepal’s Milestone Church, the home gives shelter to elderly women with no family, widows, the very poor, and even some with living children unwilling to care for them.

After packing individual gift bags with fruit, groceries, and clothing items, BCM Nepal church women and children carried them to the home. The residents were especially delighted to have children distributing the gifts.  Though the home’s Hindu administration would not permit open teaching of the Gospel, the visiting BCM team was permitted to pray with the women for their health and express Christ’s love for them. 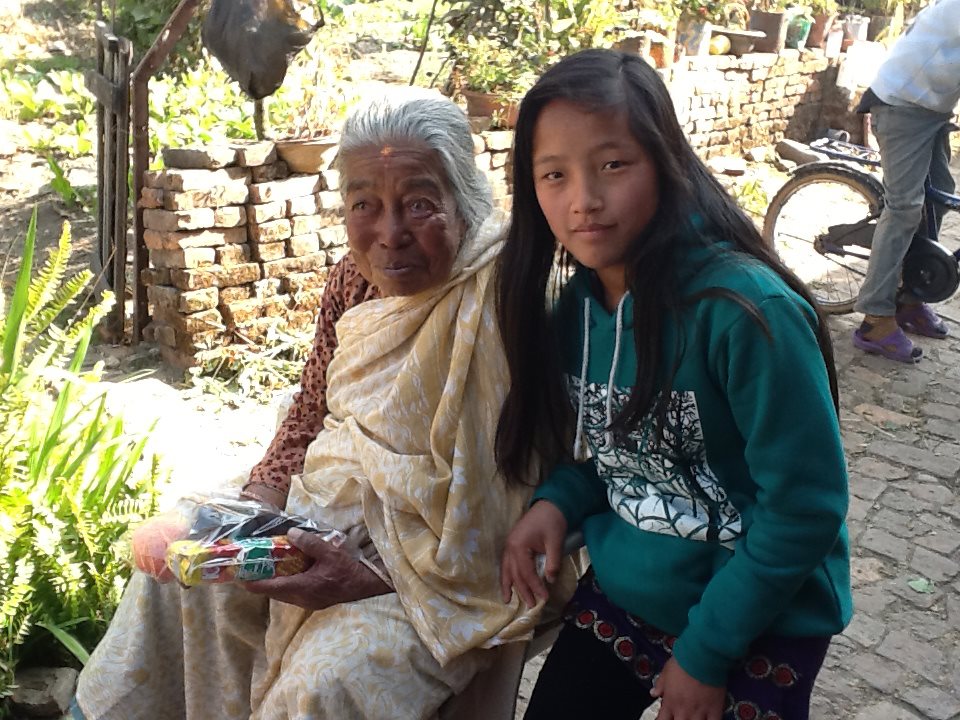 Shila tells of one resident in particular. “One woman is very rich with rich children. But her children don’t care for her so she was very frustrated with family. When we shared with her the love of Christ, she was very encouraged.”

Nepal holds a never-ending multitude of needy people. Bringing a gift that meets material needs opens the doors to share Christ and reach spiritual needs. The goal of the women’s ministry outreach is to visit one needy group—whether a hospital, prison, orphanage, old age home—at least once a month. On some outreaches they’ve been able to help 20 or 50, others 100, and sometimes more than 500. The biggest obstacle, Shila explains, is finances.

“We collect, then we go visit our target homes and distribute, giving the Gospel to them. We have vision to serve, but not enough funds, so if we can go just for the visit with a small gift, please pray for that.”

Nor do the new political freedoms ensure it is always safe to share the Gospel in Nepal. Hindu nationalist groups still target Christians for persecution and are working to restore Nepal to a Hindu-only country. Churches have been bombed and burned to the ground. 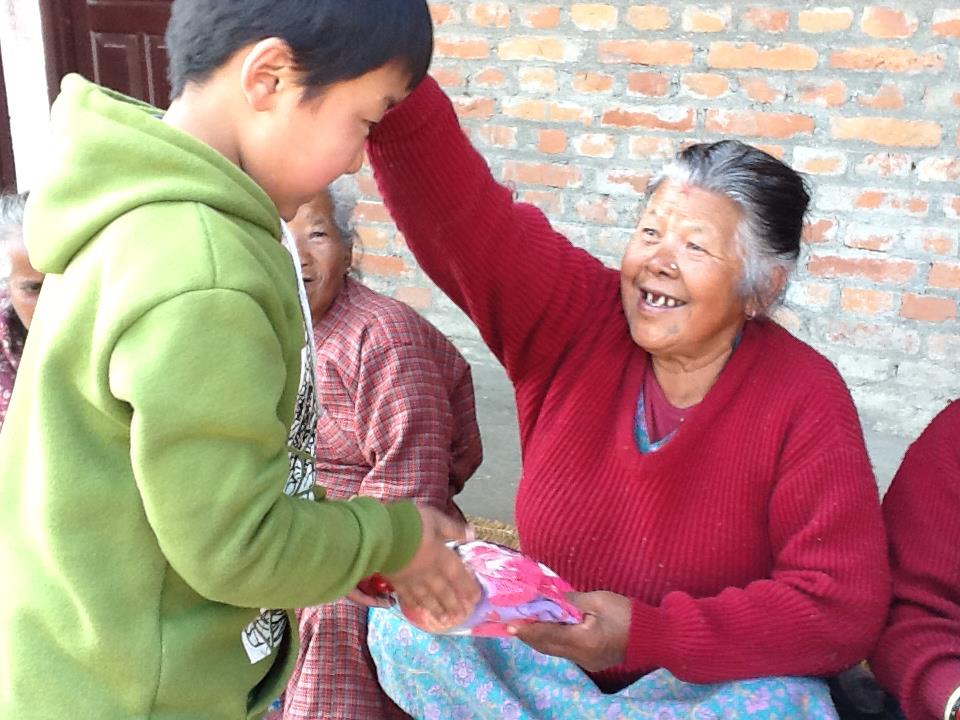 But more and more Nepalese are coming to know Jesus Christ as Savior. Shila shares of visiting a carpet factory, where women and even young children spend long days bent low over looms to tie the thousands of tiny knots that make up the fine Persian rugs so prized by the wealthy. End result for workers is often loss of sight, extreme arthritis, and lung ailments from breathing in dust and dyes. Shila was able to lead one family to Christ just months before the mother passed away.

Shila shares some of the prayer requests on her heart:

1) The construction of a women’s professional training center.

Shila concludes, “There are still so many more stories of healing, victories over Satan, changed lives, we could fill a whole book. I want to thank God He is faithful forever and ever. And to thank the BCM International ministry family worldwide. Pray for our country of Nepal.”