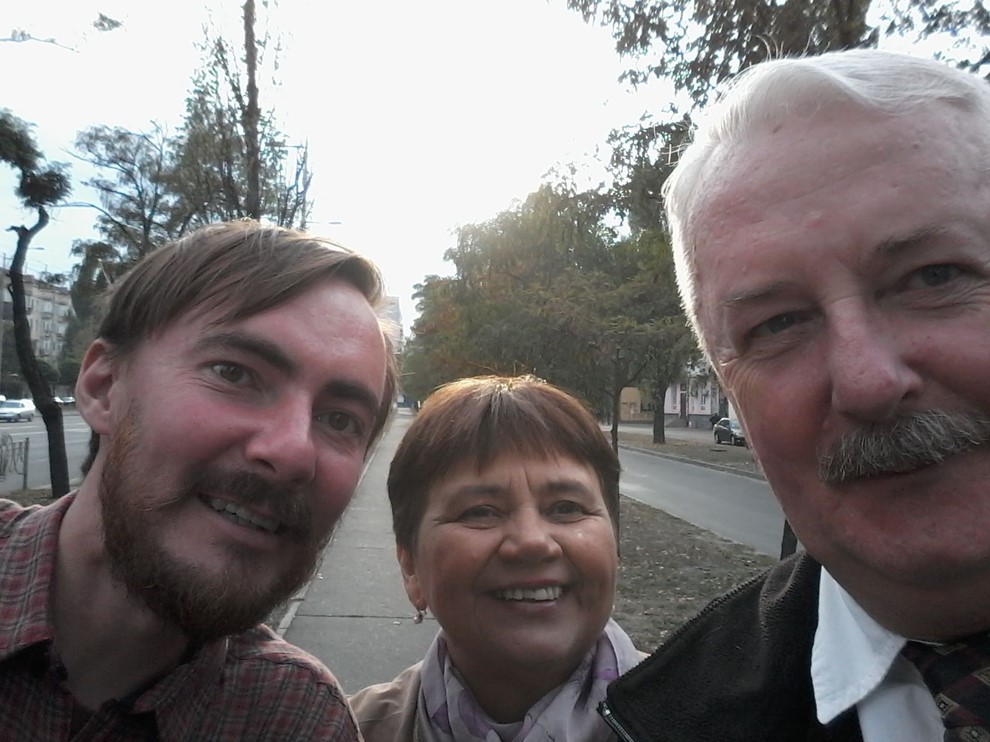 Director of BCM Ukraine Dr. Igor Kotenko came to know Christ as Savior in the early 1990s after spending half a week’s salary on a Bible. Read more of Igor and Oxana’s testimony here (Changing Ukraine, One Heart at a Time).

Igor’s love for God and concern for his fellow Ukrainians initiated the various ministries of BCM Ukraine in 1993. Outreaches through Bible clubs, camps, and universities have now multiplied and spread across borders into Russia. Igor is also one of five pastors who oversee the church the Kotenkos attend in Ukraine’s capital city of Kiev, which has an attendance of about 1500. Igor’s main responsibility is to disciple those new believers preparing for baptism. His newest ministry is developing chaplains for hospitals and war zones along with BCM missionary Alex Tominsky.

Another of Igor’s top priorities is to follow up those teens who come to know Christ in camps. This is carried out through “roundtable discussions”, teen Bible clubs, and Bible studies. BCM’s teen outreach in the Ukraine began in the year 2000.  Igor now reports: “After 16 years, we have a new generation rising up to take over—teenagers who are working in ministry.”

Pray for Igor and Oxana as they continue to reach their own people of the Ukraine with the good news of Jesus and as they mentor a new generation to take over the ministry in coming years.