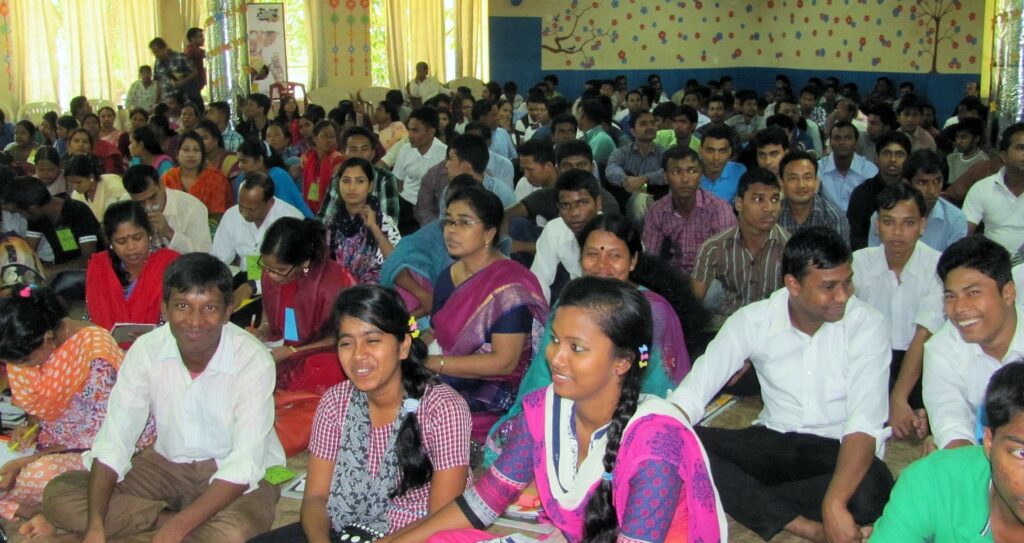 By: Lisa Biegert with Stan Tyson

The phone conversation just days before he was scheduled to speak at a conference in Bangladesh was not what BCM missionary Stan Tyson was hoping to hear. “Because of the hartel [a political strike with potential violence], we are delaying the conference by one day. We hope most of the people registered will still be able to attend. Your speaking will all be done on Saturday. On Sunday we’ll take you back to the airport for your flight home. The trainers you trained in 2012 will do the Sunday training.” 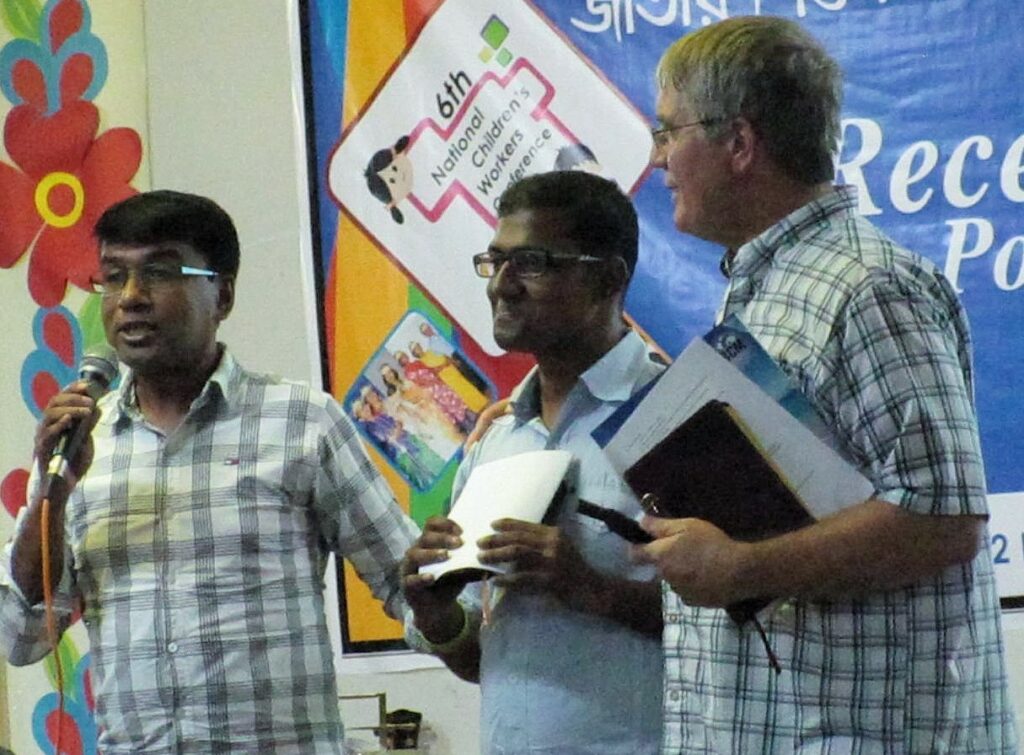 Stan and his wife Mary Ann had taken their first trip to Bangladesh in February, 2012, primarily to visit their daughter, working there with another mission organization. What began as a sight-seeing tour ended with Stan proofing the Bangla edition of BCM’s teacher training resource, In Step with the Master Teacher (ISMT), and giving an overview of how the material works (see BCM World article I Just Said Yes, 2/14: https://www.bcmintl.org/just-said-yes/).

Stan returned to Bangladesh in November, 2012, along with BCM England missionary, Barb Van Valkenburg, to conduct a three-day Train the Trainer event, which would prepare Bangladeshi leaders to teach the ISMT material themselves. Seventeen attended from a variety of denominations and organizations. By the time Stan and Barb left the country, the new trainees held two workshops themselves with about twenty children’s workers in attendance. Over the next year, more than a thousand Christian ministry leaders throughout Bangladesh received at least some portion of ISMT training!

So in October, 2014, Stan was excited to be returning to Bangladesh as guest speaker at a national bi-annual conference attended by hundreds of children’s workers from around the country. For Stan, the highlight of the trip would be witnessing in action the new Bangladeshi ISMT trainers he and Barb had trained two years earlier. The phone call he’d just received had changed those plans. 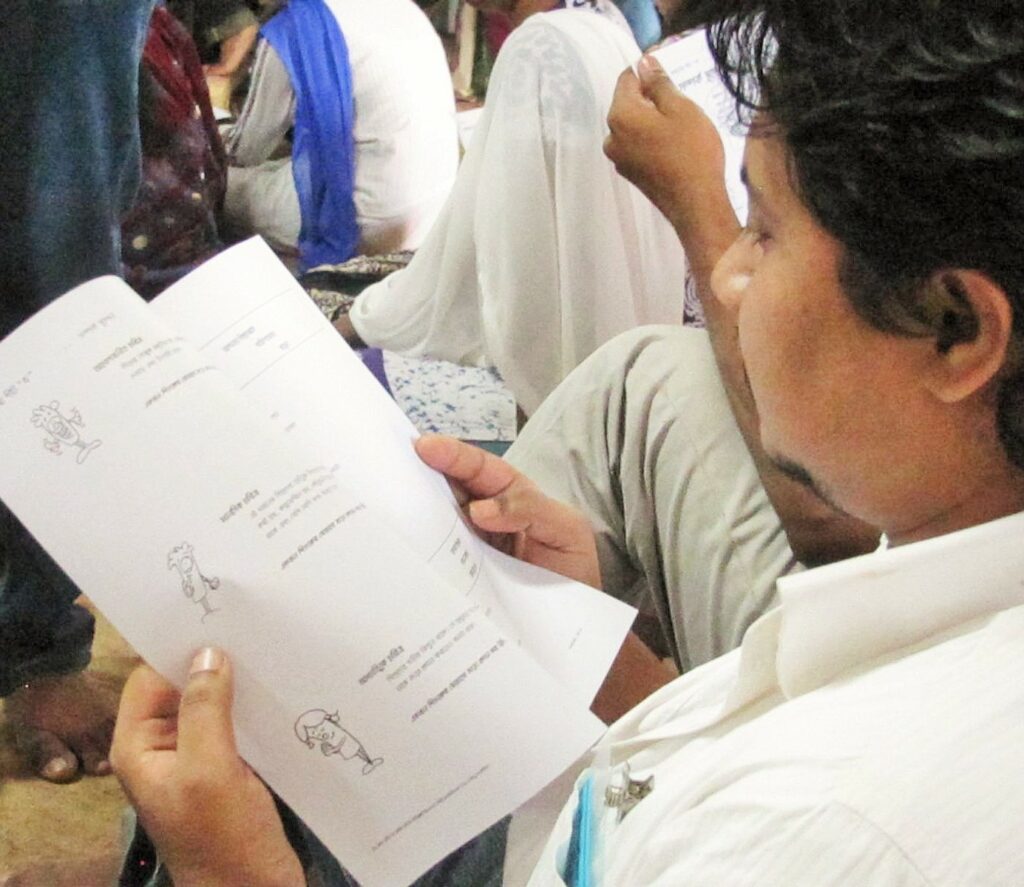 The conference was held in the countryside outside Bangladesh’s capital city of Dhaka. 350 children’s workers had registered. Despite the hartel, 390, representing 39 different denominations and organizations, ended up attending. Only one campground in Bangladesh, owned by a Christian denomination, was large enough to accommodate so many people. Sessions took place in a large meeting hall. Meals were typical Bangladeshi cuisine—rice, fish, and vegetables—cooked over open wood fires. At night, men and women slept on concrete floors in two separate dorms. Not only was the hartel going on during this time, but also a nation-wide power outage. Thankfully, the camp had its own generator.

The original plan was for Stan to present three of ISMT’s core sessions over the first two days of the conference. Bangladeshi leaders trained in the 2012 conference would present additional satellite sessions. But now with the abbreviated schedule made necessary by the hartel, Stan taught all day Saturday, then returned to Dhaka and his flight home. On Sunday, the trainees held their workshops—without their Master Trainer.

Despite his initial disappointment, the more Stan thought about it, the more he realized the significance of what had happened. “They were capable enough to do it even without me.  By necessity, they were comfortable enough adjusting the schedule to what was needed. [In fact], they are more capable then me to train children’s workers in Bangladesh.  They understand the culture and do not need a translator. Though I didn’t get to see them leading the workshops, they sent pictures and a report by email. Gideon later told me what a great job they all did.”

In just two years’ time, the ministry of ISMT has truly exploded across Bangladesh. What began simply as a desire for some sort of training to be made available for children’s workers has now become a nationwide program. In 2013, Bangladesh sent their first two trainers to Sri Lanka for Mobilize Asia, a BCM conference that brought together representatives from many countries to focus on developing a strategy for equipping children’s workers using ISMT. These two are now the first Lead Trainers for all Bangladesh.

Stan sums up: “ISMT in Bangladesh has matured to the point where not only do the Bangladeshi Christians have a training tool and a resource that they can use, but their own indigenous leadership.  God capably put many pieces together to bring this training tool to Bangladesh.  It was exciting for me to be one small part of what He is doing!”