By Lisa Biegert with Josphat and Emily Yego

A two-acre plot in the outskirts of Kapsabet, a town in western Kenya, holds just two lonely buildings, one constructed of wood and iron sheets, the other just wood. These small buildings stand vacant all week until Sunday morning when the quiet is shattered by Kenyan Christians gathering for church services, their songs of praise echoing off iron sheets and resounding through the surrounding countryside.

While the rest of the lot currently stands empty, BCM Kenya missionaries Josphat and Emily Yego expect to see it soon teeming with life as a longstanding dream comes to fruition—the construction of Neema (Swahili word for “grace”) Development Resource Center. The Yegos’ vision for Neema is to provide a “one-stop” center for counseling and rehabilitation, leadership training, a resource library, and a “rest and refreshment” retreat for Kenyan ministry leaders. 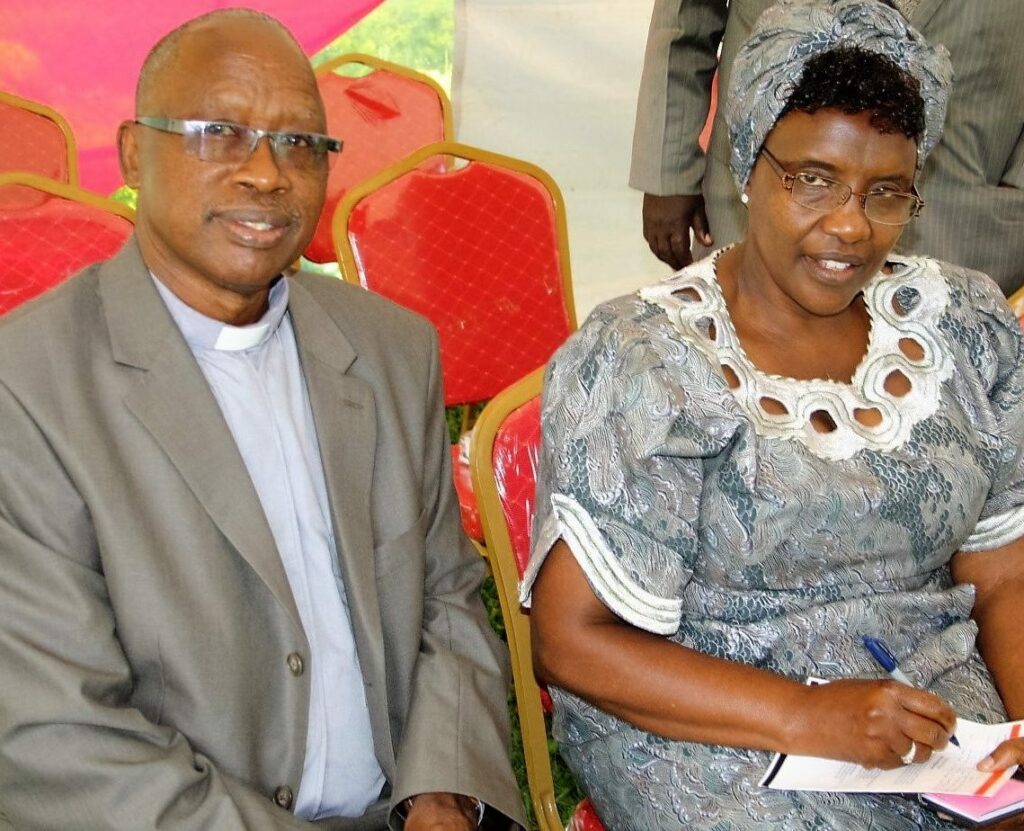 Looking back over decades of serving God, Josphat and Emily can see how God has guided them through every stage of their lives in preparation for this new endeavor. Josphat grew up in a non-Christian home near Kapsabet about 300 kilometers northwest of the Kenyan capital of Nairobi. He was 13 years old and going into 6th grade when the most educated person in their county, a recent Cambridge University graduate who had just returned home to Kapsabet, died in a car accident. Josphat shares the impact of this horrific event on his life:

“Shortly after [the accident], I was out in the countryside herding sheep when I was approached by three women. They referred to this tragedy and asked me if I would be ready when I died. They gave me Scripture verses to read, then left, telling me they would return and wanted my answer about where I would go when I die. I spent that week sick and tense, afraid I would die before the week was over. Exactly one week later, they returned and asked me the same questions, but I could not answer them. They recited Bible passages, which amazed me since I knew they were illiterate. That day of August 31, 1962, I gave my life to Christ.”

The following Sunday, the three women took Josphat to church, where he gave his testimony. The impact of these illiterate women knowing so much Scripture by memory stuck with Josphat. He set himself to study hard and by the end of 6th grade had become a Sunday School teacher since he was among the few who could read the Bible. After high school graduation, Josphat attended Scott Theological College in Machakos, Kenya, then returned home to teach at Kapsabet Bible Institute.

His studies continued when he received a scholarship to Washington Bible College (WBC) in Washington, DC. It was here Josphat’s life crossed paths with Dr. Bob Evans, at that time WBC’s Public Relations director and later BCM president. Josphat went on to Wheaton graduate school before returning to Kenya in 1975.

Three years younger than Josphat, Emily Yego was raised in a Christian home, the second of nine children. But it wasn’t until she read a tract entitled “God Has No Grandchildren” that she received Jesus as her Savior. She explains: “I used to think because I was born into a Christian family, I would automatically become a Christian. I accepted Jesus in an evening Bible study in the village.”

Josphat was attending the same church by the time they were both baptized in the same service on December 29, 1963. Both served in the church and as youth leaders. By the time Josphat traveled to North America, they were dating. Emily attended teacher’s college while Josphat was at WBC and Wheaton.

“She waited seven years for me,” shares Josphat with a smile.

Shortly after Josphat returned to Kenya, in 1976, Josphat and Emily were married. Joseph returned to teaching at Kapsabet Bible Institute. Near their home was a boarding school for deaf children, who frequently visited the Yegos and attended a Sunday School class Emily taught.

“I felt so inadequate when dealing with them since I could not communicate in sign language,” says Emily. “These shortcomings made me desire to further my studies in special education in order to help the deaf children.”

At this same time, church leadership asked Josphat to obtain additional schooling in order to become head of his alma mater, Scott Theological College. The Yegos returned to the U.S., where Josphat received his MA in Education, an MA in Systematic Theology, and a Ph.D. in Educational Administration. Not to be outdone, Emily returned to school herself, training in deaf education. While in the U.S., she gave birth to two of the Yegos’ four children. 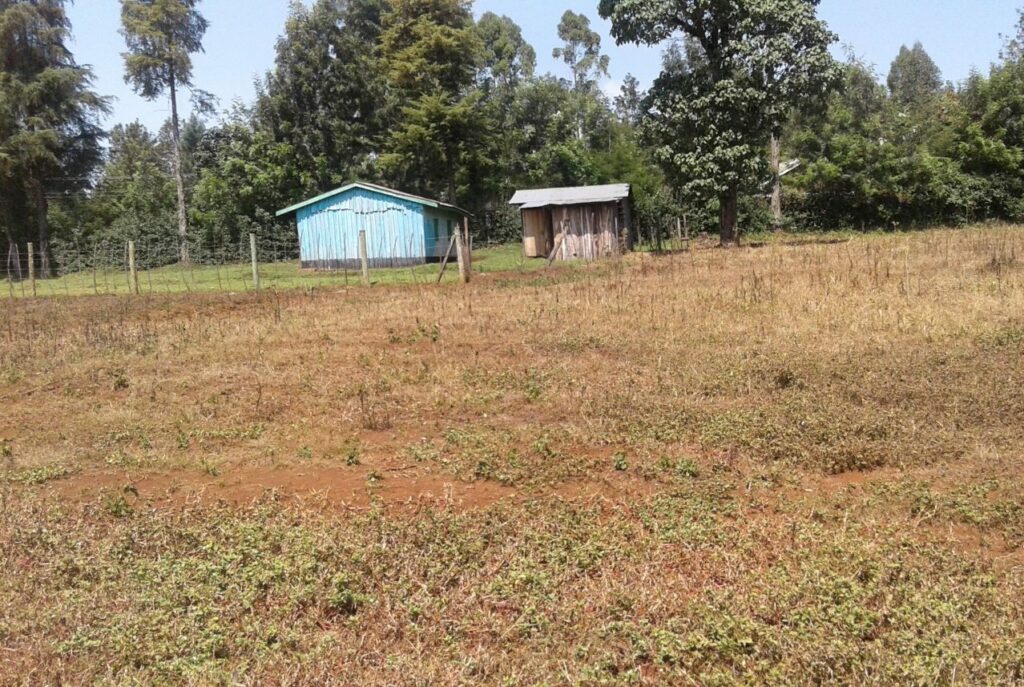 The Yegos returned to Kenya in 1981. Over almost two decades, Josphat held a variety of positions in African universities, including as dean of Daystar Communications (now Daystar University, Kenya’s first Christian university) and as missionary chaplain to the University of Nairobi.  Emily worked with hearing-impaired children at Nairobi’s Kenyatta Hospital as well as the Kenya Institute of Special Education. Josphat also served as country director for Compassion International.

Then in 1998, Compassion International and World Vision together asked Josphat to head up their global leadership training program, based out of Eastern University (EU) in Philadelphia, PA. The Yegos moved to the United States where for the next fifteen years Josphat headed up the leadership training program at EU. While raising four children, Emily pursued an MA in counseling.

But their hearts were still in Kenya. They remained close friends with Dr. Bob Evans, now president of BCM. With the blessing of Eastern University, the Yegos became BCM missionaries in 2000, which permitted them to return to Kenya for three months each year to preach, hold seminars, and lead conferences. While Josphat trained leadership, Emily offered Christian counseling. In 2001, the Yegos donated the two-acre plot of land and small church building outside Kapsabet that today is the beginning of the Neema Center.

But it was clear far more needs existed in their home country than could be met by volunteering a few months a year. One great need was the countless Kenyans who did not own a Bible and could not afford one. In 2012, the Yegos founded an organization called Developmentia. Among its top focuses has been the need for Bibles.

That same year the Yegos met Dr. René Freret, director of Bible Education and Missionary Services (BEAM), whose mission is to publish Bibles around the world. The Yegos approached Dr. Freret about the possibility of a revised version of the Bible in Nandi, the dialect spoken by more than two million people in the Kapsabet region. The original Nandi Bible had been published in 1939 and not revised since.

Three years later on October 24, 2015, more than three thousand pastors, bishops, and Kenyan Christians from fourteen denominations came together to celebrate the new revised version. By this time the Yegos’ four biological and three more adopted children were all grown and living in the US. With their blessing and support, Josphat and Emily made the decision to take early retirement from EU and return full-time to Kenya. 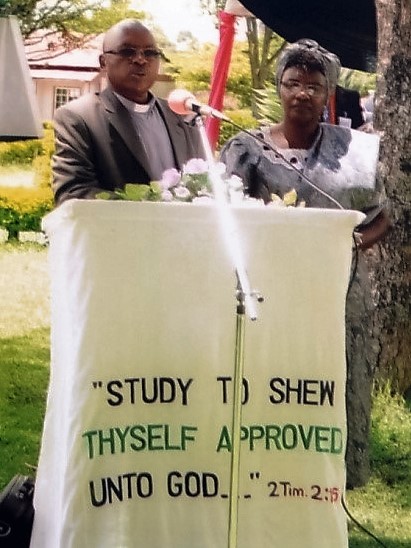 Josphat and Emily urging people to read through the Nandi Bible

Josphat explains: “Our children and their families have encouraged us to go and serve God, now that they are all grown up and working. They contributed towards the publication of the Nandi Bibles and unanimously supported us in giving the [Kapsabet] property for God’s service.”

For Josphat and Emily, they have now come full circle. The Yegos share: “We have been overwhelmed by the warm welcome from our church and other evangelical denominations who have welcomed us back home, starting from the presiding bishop to the local pastors in our village. Our local church, who raised Josphat from age 13, has invited him to be their volunteer pastor at large when he is home. Emily is involved in counseling and working with the women.”

Along with the development of Neema DRC, Josphat and Emily continue holding counseling, leadership, and Bible conferences throughout Kenya. The Bible project remains a priority. Among continuing goals is creating an app for the Nandi Revised Bible, since use of smart phones and other electronic devices is widespread in Kenya. But the need for print Bibles remains just as urgent. In 2015, Emily spent four days speaking at a women’s conference in Kapsabet, where she promised to provide a Bible to any who needed one. At sunrise that Sunday morning, the Yegos heard a knock at their bedroom window.

Emily shares: “A lady who attended the conference had walked four miles to our home, which meant she left her own home before 5am. She asked for a Bible, which we readily gave her. She then walked another eight miles to an 11am church service. She was so thankful to have a Bible of her own!”

Josphat tells of another Bible he gave a Kenyan pastor for delivery to a young Christian who didn’t have one. When the young man didn’t show up that Sunday, the pastor lent the Bible to a 72-year-old man. When the service concluded, the pastor asked the gentleman to return the Bible. Josphat relates: “The old man pleaded to keep the Bible so he could keep on reading. The pastor gave it to him, then returned to ask us for another Bible for the young Christian to whom it had been promised. This taught us to always have a Bible ready to give away to those who need one.”

BCM International leadership is excited to partner with Neema Center. BCM will specifically be involved in providing Sunday School curriculum and In Step with the Master Teacher (ISMT) children’s ministry training course. A local Kenyan advisory board has also been formed to oversee the center.

“This team has mapped out the future plans for Neema,” Josphat concludes. “We have seen God work in the past, and we are stepping forward by faith and trust for His provision. BCM readers can specifically help by praying for the projects. They can also participate in giving to any one of these projects through BCM.” 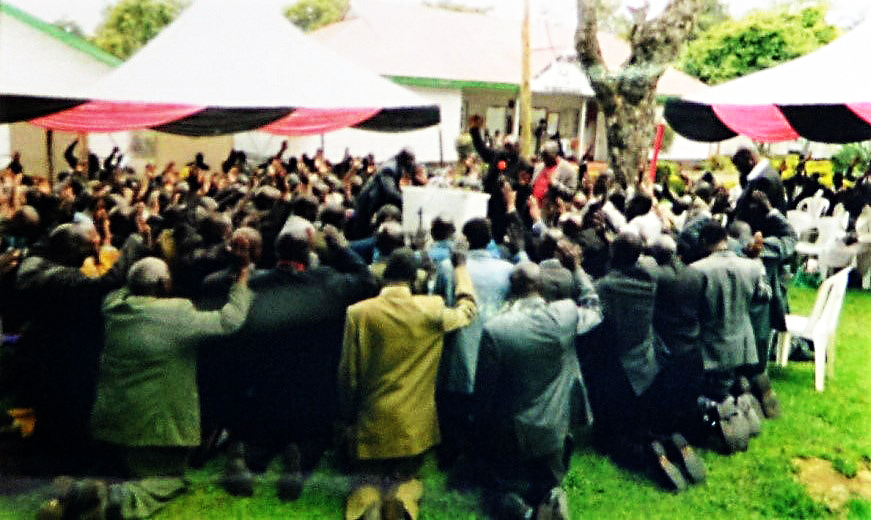