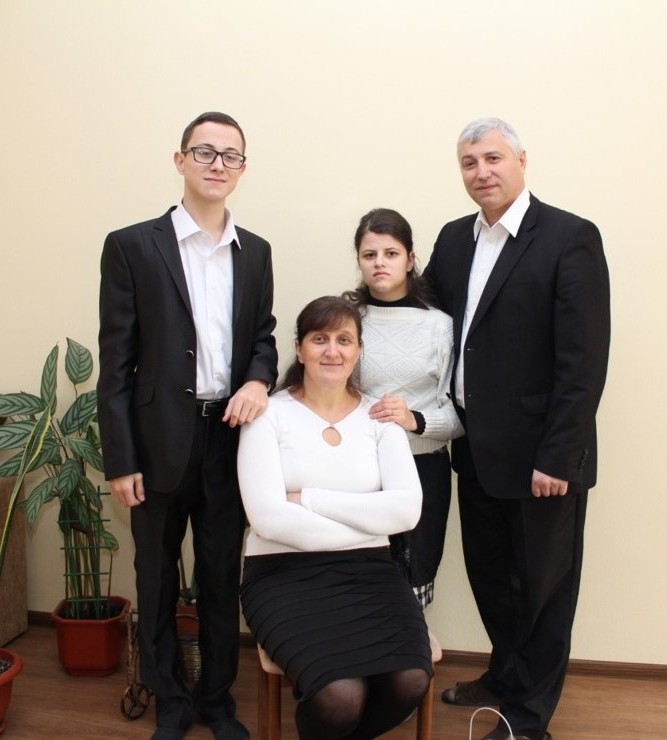 BCM missionary Alex Tomnitsky is a veteran of the Afghan war who came to Christ in 1996. He shares: “As the war with Russia started, not only was the army not ready, but neither was the church. Nobody here had any practical experience running a chaplaincy ministry. But the Ukrainian churches took on the challenge, sending out church members who would be able to fill in this gap in evangelism to servicemen. This is how I stepped into this service.”

Since Alex is a war veteran himself, he understands the traumas of war. He has also studied Christian counseling, so he is able to counsel fellow soldiers. He explains, “We realize that just as the best ministers to addicts are former addicts, and those who can speak best to the hearts of the handicapped are also handicapped, so soldiers are more open to listen to other soldiers. So we started an organization that unites former soldiers who are Christian with soldiers in need of counsel.”

Alex visits the borough of Mariupol, which has seen most of the battle, and has been able to establish contact with servicemen there in order to share the Gospel. Now he and other chaplains are establishing a rehab center for Christian counseling in the city Zhitomir, not only for those who have fought, but also for widows of war, injured soldiers, and those suffering from post-traumatic stress disorder.

Chaplaincy is not yet an established position in the Ukraine’s military, but a volunteer service. This means chaplains not only do not earn a salary, but must provide their own uniform, helmet, bullet proof vests, and anything else they may need for protection when entering the battlefield to minister to those on the frontlines. Only recently have chaplaincy programs been included among seminary curriculum in the Ukraine. It is his hope, explains Alex, that this service will eventually be established within the Ukraine military as it is in other armies around the world. In the meantime Alex will continue to work alongside other volunteer chaplains to bring the gospel to Ukrainian soldiers and widows of war.

Pray for the chaplaincy program to take root and flourish and that more Christians would join this ministry, especially in the midst of this ongoing conflict.