With  half of Africa’s population under the age of fifteen, reaching and discipling the next generation who are the future of both Africa and the African church cannot be done Lone Ranger-style. Multiplication and cooperation are the key. Such was the vision behind Mobilize Africa last February in Nairobi, Kenya (see Mobilize Comes to Africa, BCM World, Spring 2019), which resulted in twenty-one new Lead Trainers (LT) of BCM’s In Step with the Master (ISMT) training program from denominations representing tens of thousands of churches across seven African nations. Each new LT was a chosen leader already involved within their national church denomination or a Christian organization that reaches children.

Since 2014, BCM has partnered with the Église du Christ au Congo (ECC), or Church of Christ in the Congo, an association of more than sixty evangelical denominations, to help train children’s ministry leaders throughout the DRC (see Keeping a Promise, BCM World, August 2017). BCM missionaries Pat Govender and  Dr. Djawotho Kisa have held several trainings across the DRC in the intervening years, but with sixty thousand churches and twenty-five million members in ECC churches alone, this barely scratched the surface of the need.

“Of the core sessions, teachers really appreciated Developing a Discipline Plan,” reports Stephanie. “We could have talked for HOURS on this one subject.” She adds with a smile, “I’ve heard from my little spies (children from three churches whose teachers attended training) that they have enjoyed Sunday School these last weeks because the teachers are making it more interesting.”

In May, James, Pierre, and Stephanie took advantage of a holiday weekend in Bunia, a key city in eastern DRC, to hold a two-day training with a total of fifty-one participants from fourteen churches as well as Samaritan’s Purse. The trainings were so well received that Pierre and Stephanie were invited to present ISMT to the leadership of all ECC theological training institutes. The group now has numerous invitations for further trainings around the DRC. Another DRC Lead Trainer, Mado Mfumunguyo, held a training with seventeen evangelists, then was invited to teach the core ISMT program for a school chaplains training program across DRC educational provinces in October, November, and December. 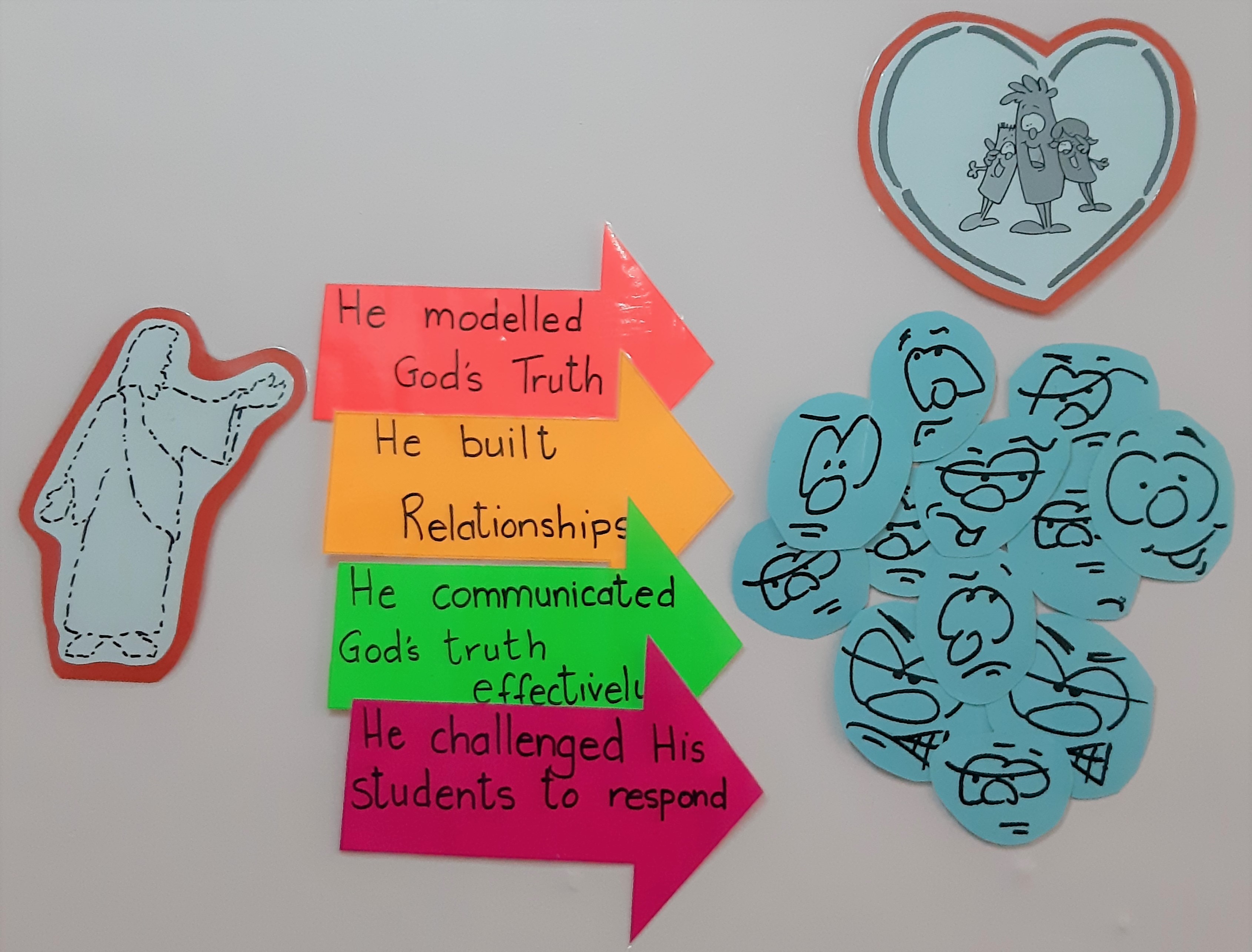 Lead Trainer Joshua Anguyo, field coordinator with Scripture Union Uganda, began sharing the vision of reaching children as soon as he returned to home, including within two of the thirty-seven dioceses of the Church of Uganda (Anglican Communion), which has almost nine million members. In one diocese with over seven hundred churches, he was given an entire Sunday service in the central Anglican cathedral, a congregation of about three thousand, to teach in all three services to challenge parents and teach basic ISMT principles of raising children in the fear of God.

Other teaching opportunities include a two-day event with two hundred church leaders, a one-day training for the entire staff of a Christian school, a weekend training course for children’s workers in Arua, a major city near the DRC border, and an ongoing training for eighty-six children’s ministry leaders in a district that is more than 85% Muslim. He has also shared the program with eight other Scripture Union field coordinators and with them has begun an overall strategy to teach the curriculum throughout the country of Uganda, above all, training more LTs to meet the need.

By the end of April 2019, one new Lead Trainer, Pastor Judy Anabwani, had trained fifty children’s ministry national leaders at Redeemed Gospel Church’s annual leadership conference, over three hundred teachers from the African Independent Church of East Africa denomination, and three hundred church leaders in the RGC’s Thika Town district, including the bishop and numerous pastors. Another trainer, Pastor Terry Fundi, has taught the ISMT course through her church. Lead Trainer Jackie Wegoki from Nairobi spearheaded multiple trainings with the Nairobi diocese of the Anglican Church. More than two hundred-fifty participants attended at three different centers over the month of June with two more trainings in other centers during July.

BCM missionaries Dr. and Mrs Josphat Yego (see Bringing Home the Good News, BCM World, Fall 2016), who participated in Mobilize Africa, have been booked solid with training seminars and conferences virtually every weekend since. This has taken them from their own home area of Eldoret and Kapsabet in western Kenya to as far south as Mombasa on the Indian Ocean and as far north as Kitale near Uganda with hundreds of new trainer children’s ministry leaders. They are thankful to have several other LTs to help carry the load, including Rev Jacob Kipsang Kogo, who now oversees training in the Eldoret region and Rev. David Rhono, responsible for ISMT training in over one hundred-thirty area churches. 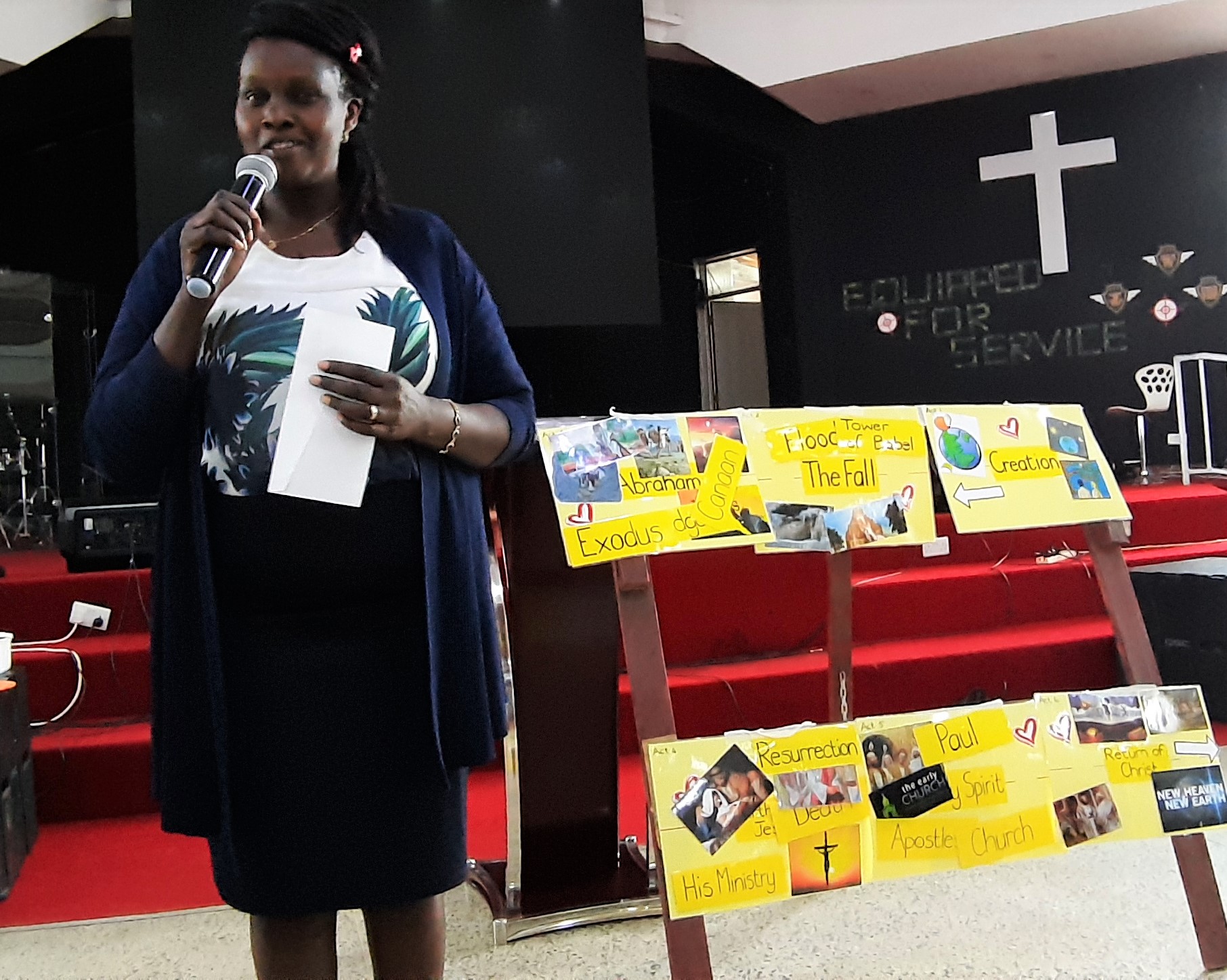 Lead Trainer Velegita Chamadenga from Malawi shares of training and evangelism in eleven different locations with the Church of Central Africa Presbyterian denomination, including a deaf school and orphanage. Beyond the training, more than three hundred-fifty people accepted Christ during these outreaches, including Muslims. She also presented ISMT to United Pentecostal Church of Malawi leadership. In Madagascar, BCM missionary Sahondra Ralivony has held two trainings and is seeking to meet with church leadership to present the vision of children’s ministry.

BURUNDI, RWANDA, BACK TO KENYA

Over the month of September 2019, BCM Africa ISMT director Pat Govender traveled to three countries represented by Mobilize participants—Rwanda, Burundi, and Kenya, both to encourage new Lead Trainers and follow up with additional training. During the four weeks, Pat had five of ten Lead Trainers in those countries teaching with her while six new LTs were able to put newly acquired skills into practice. A specific goal was to respond to requests from major church denominations to train Lead Trainers who in turn can train Sunday school teachers across their denomination.

In Rwanda, Scripture Union under leadership of Ezechias Ntirenganya partnered in several different trainings, the first with thirty-four participants. Then the team traveled to a mountainous area on the DRC border known for its gorillas and volcanoes where they held training in two locations, one with sixteen pastors and forty-four Sunday school teachers from twenty denominations, the other thirty-three Sunday school teachers and pastors from six churches. Three women also completed the course to be appointed new Lead Trainers.

In Burundi, Lead Trainer Ephraim Ngendakuriyo from Kick Off to Hope ministry hosted the preparation of twenty-three new LTs from six denominations. They are now forming a team to continue this program throughout the country. Since Ephraim is also involved with children’s and youth sports outreach, they are also using ISMT as part of the training for volunteers to learn how to reach children with the gospel as well through sports.

Then it was off to Nairobi, Kenya, which included refreshment training for current LTs, who also participated in teaching sessions for new children’s ministry workers. For these, the Kenyan Lead Trainers will be following up to complete their practical teaching.

Pat Govender then headed to Eldoret to meet up with the Yegos to hold a course for twenty-three new trainers at Kao La Mani (Place of Peace) Bible College as well as several trainings with the Africa Inland Church denomination. This has now provided a large enough group of trainers that plans are underway to hold trainings throughout the four million membership of AIC churches.

Pat summarizes just why she feels this Lead Trainer program is having such an impact. “Partnership brings multiplication. We can do things together that we can’t do alone. I am so encouraged and praise God for all that He is doing across Africa.” 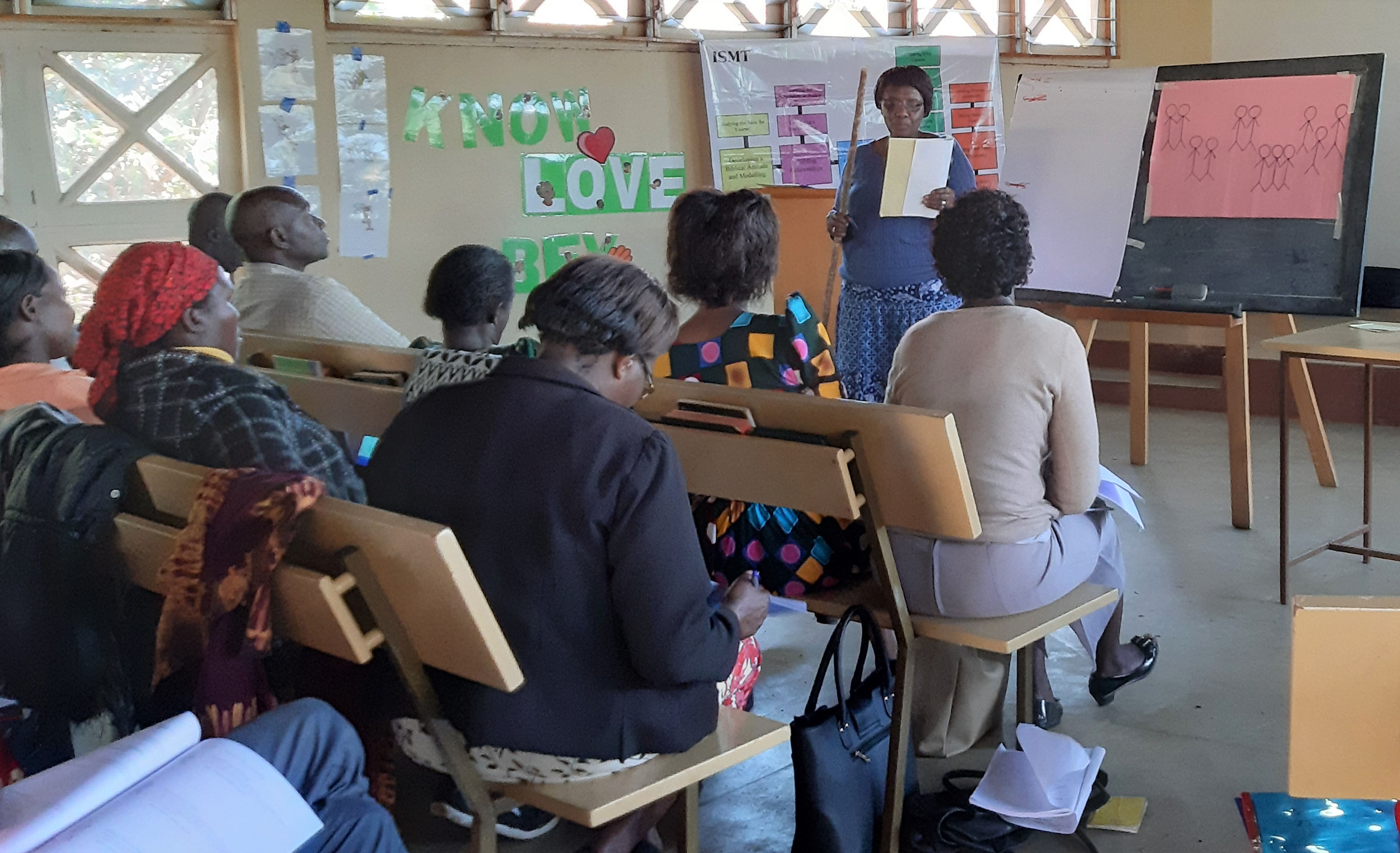