When Children’s Ministries Grow Up 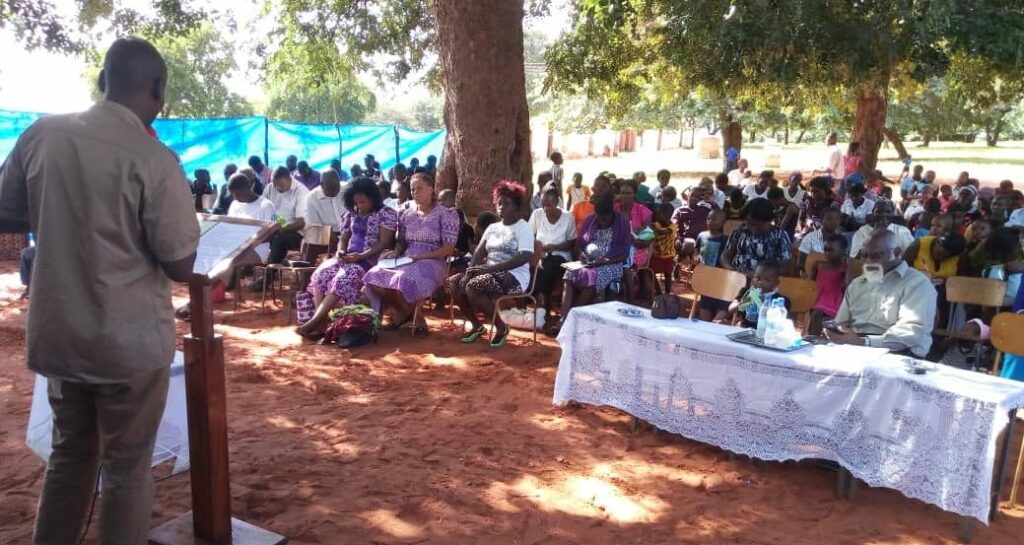 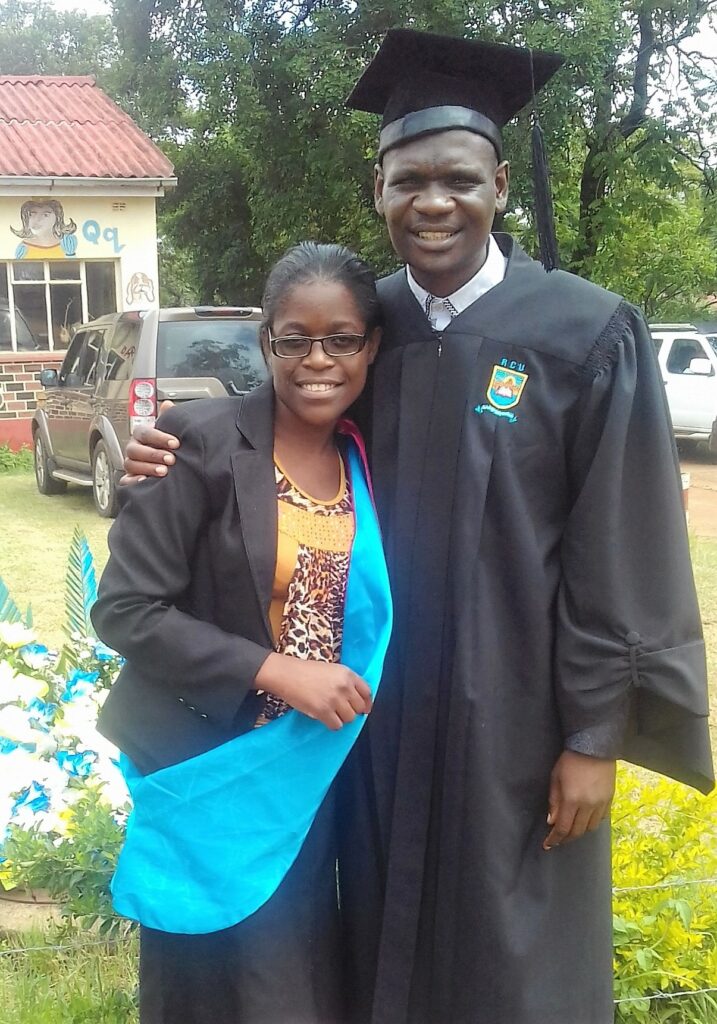 Five years ago, Arnold and Paulin Maviya with their entire ministry team, a total of ten, were commissioned as BCM’s first missionaries in Zimbabwe, a nation of seventeen million in southern Africa. Their focus was children’s Bible clubs, reaching a total attendance of more than ten thousand a week in rural and remote areas where there were few or no churches (see Braving Lions, Hyenas, and NIV to Reach Zimbabwe’s Children, BCM World, 2014).

But children grow up—and so do children’s ministries.

“When you do good outreach programs for children, they come in numbers,” explains Arnold Maviya. “If you continue doing this for five years, the children you started with are now in secondary school or young adult. They no longer fit into children’s Bible clubs, but they still want to be with the leaders who have been teaching them. Most of them have no church to attend with their families. If they want to come to your local church, they may have to travel a long way. The only way to accommodate their needs is to start something more than a children’s club.”

So began the transformation of BCM Zimbabwe’s children’s ministry into a church planting movement. To date, four children’s ministry outreaches have grown into independent churches, pastored directly by Arnold and other members of his team. In prior BCM World coverage (see above article), the story was told of the first such church plant, brought about through the dying petition of a fourteen-year-old Bible club student. That church, named Morning Star, now has one hundred-twenty members.

Nor has this involved just the BCM Zimbabwe missionary team. Many of the children’s ministry volunteers in different areas where Arnold’s team held Bible clubs were youth from nearby churches. Five years later, some of these young volunteers are now pastors while others are leaders in their local churches. Many Bible clubs have now been turned over to such local churches, who in turn can disciple and mentor not just the children, but the growing crop of youth and adults who have come to Christ through the children’s ministries.

“We never anticipated any of this when we started these Bible clubs,” Arnold shares now. “We had no strategic plans for what to do when a Bible club graduated into a church. We say jokingly that we have ‘lost’ most of our original children’s club volunteers. But this is because most of them are now pastors or church leaders.” 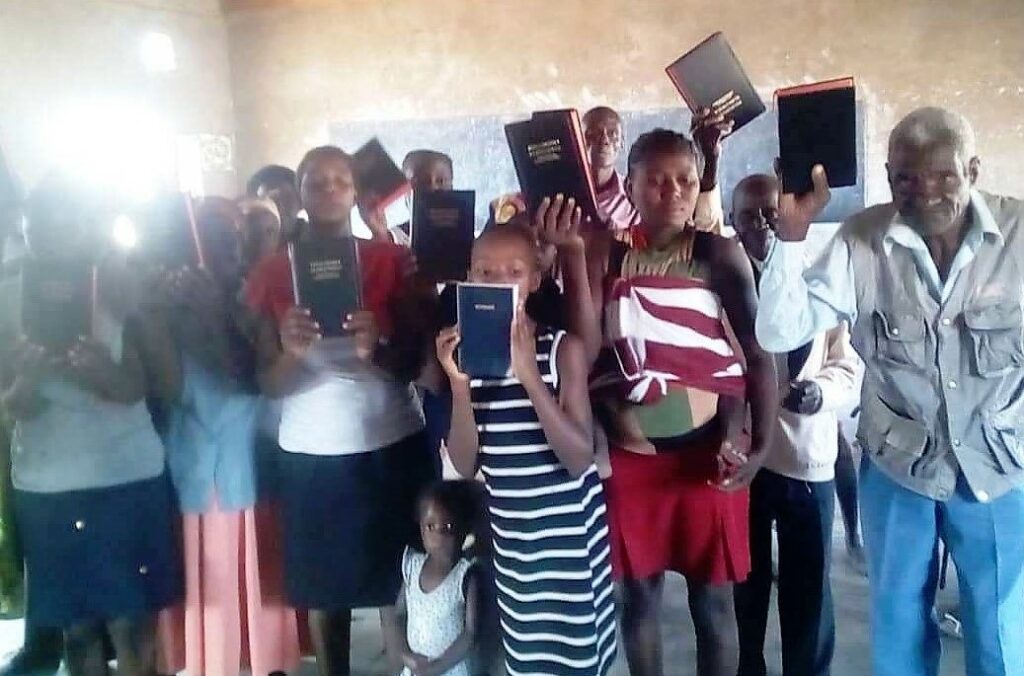 Not all church plants have grown directly from a Bible club. Children themselves move from one place, Arnold explains, whether due to a parent’s change in employment, families relocating to another area, or students transferring to another town for better schools. One such young boy originally attended a church plant called Maranatha pastored by BCM Zimbabwe missionary Garikai. His parents had moved to South Africa, leaving twelve-year-old Norman with his grandmother in a town called Milonga.

BCM Zimbabwe missionaries were in Milonga for an evangelistic outreach when they came across Norman, who remembered them. He shared that he had no church to attend in his new community. Arnold made arrangements for Norman to introduce the team to the headman of the community, who welcomed them and in turn introduced them to other area headmen.

It wasn’t long before the team was able to arrange an evangelistic outreach, led by another BCM Zimbabwe missionary, Innocent Sibanda. Over several days of preaching, more than twenty people made a commitment to follow Jesus. These new Christians became the nucleus of a new church, pastored by Innocent Sibanda. Norman also brought his own family members and young friends. The church has already grown to more than thirty members, along with children.

One delegate to the conference was a pregnant young woman who was facing a trip into the city for an emergency Caesarian. Desperate, she asked the BCM leaders to pray that God would intervene for her child without the risky travel and operation. Shortly after prayer, she went into labor and delivered a healthy child without surgical intervention. When people from the community saw how God had answered, many began coming to the church to ask for prayer for their own health needs. Again and again, the BCM Zimbabwe team has seen God miraculously answer those prayers. 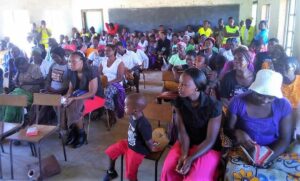 “These miracles have left us with another problem,” Arnold shares joyously. “More and more people are being saved as the power of God is being seen in the church and the surrounding areas. We can no longer fit the overflow [during the services] into our Sunday school classrooms, so now they have to stand outside to worship, which is especially difficult in the winter [Nov-Feb south of equator]. This is usually the older children, since in our culture, a child doesn’t sit on a chair while their elders are standing. People coming to Jesus is the result of answered prayers. But we do need to build a larger sanctuary to hold everyone.”

Along with church buildings for the new rural church plants, the BCM Zimbabwe team has a vision for a larger complex for their central church, Maranatha, that will also serve as a conference and camp center for all the churches. This would include a sanctuary hall large enough to seat a thousand along with offices for BCM Zimbabwe ministry. The church has already committed to provide the necessary bricks. Still needed is funding for window frames and roofing materials, a total project need of $15,000USD.