Putting Hand to the Plow Without Looking Back 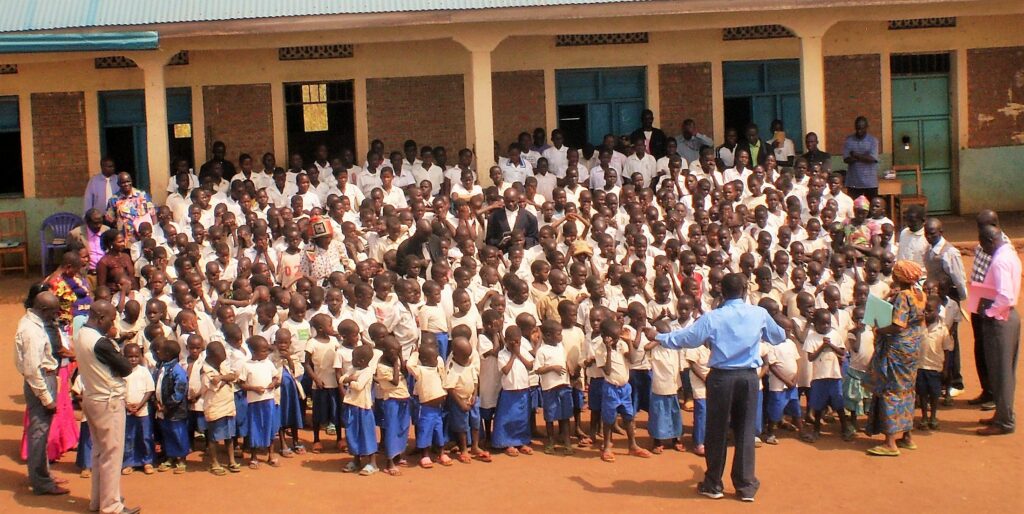 By: John Peter with Jeanette Windle 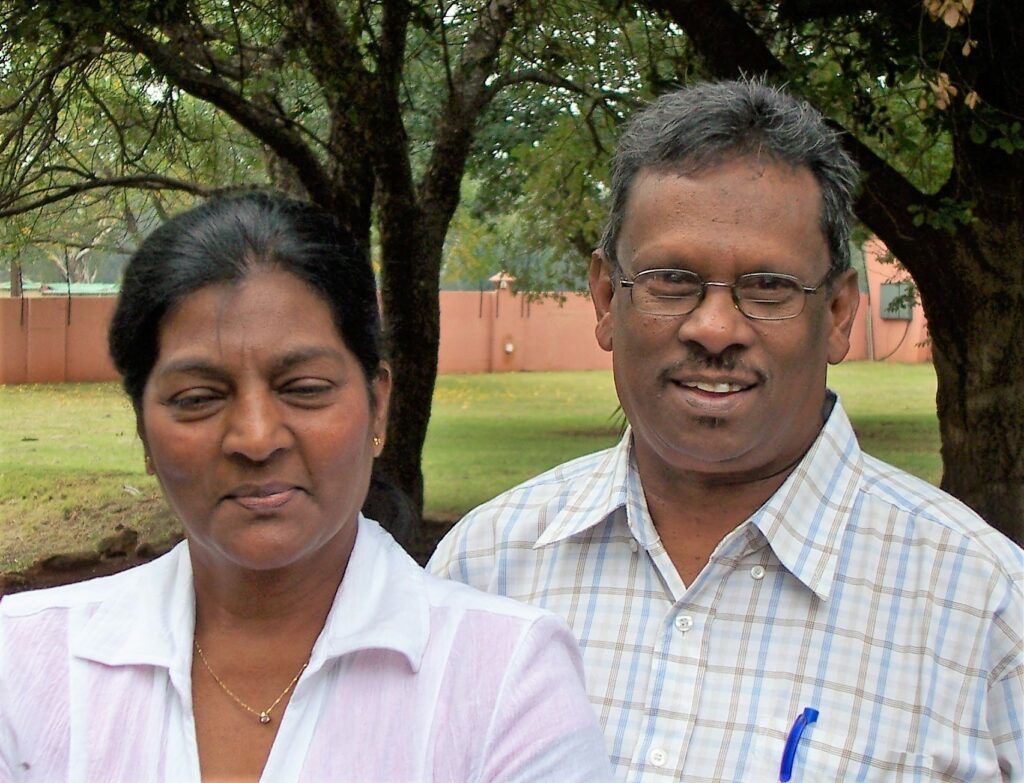 BCM Africa director John Peter needs only to remember his own childhood to recognize the urgency of missions. Sometime back while speaking at a conference in Canada, he had the privilege of meeting the missionary lady who led him to Christ at a Bible camp when he was nine-years-old.

For John Peter, that impact would be a lifetime passion for global missions, especially across the continent of his birth, Africa. Of South African Indian descent, John Peter and his wife Vijay both grew up in the countryside outside of Durban, a municipality of 3.5 million that is South Africa’s principal port city. It also holds the distinction of being home to the largest community of Indian descent outside of India.

John’s own family has a strong Christian heritage. He and his four siblings all graduated from Bible college and entered ministry. John himself pastored an ECSA (Evangelical Church of South Africa) church in Durban for almost 35 years. He oversaw the denomination’s missions program, including outreach from South Africa’s Indian churches to India itself.

It was this outreach that brought John Peter into contact with BCM International when then-VP of International Ministries Dr. Vararuchi Dalavai (now with the Lord), founder of a BCM church-planting movement across India, visited Durban to share BCM India’s ministry with the Indian Christian community in South Africa. Over the following years, ECSA sponsored a number of BCM churches in different regions of India. John Peter was among denominational leadership who traveled to India to see firsthand BCM ministry there.

Helping build BCM churches in India stirred up John Peter’s own lifetime passion to serve in mission outreach. Then Dr. Dalavai challenged him to consider fulltime ministry with BCM. At the time, two BCM missionaries were heading up a thriving children’s ministry in Swaziland (see Raising Next Generation’s Leaders, BCM World, Winter, 2008). But prior ministries in the Democratic Republic of Congo, Kenya, and elsewhere had shut down for lack of personnel. BCM was receiving routine requests for In Step with the Master Teacher (ISMT) leadership training from such countries as Nigeria, Gabon, Niger, and Malawi. A capable leader with a passion for missions was needed to spearhead a new generation of BCM ministry across the African continent. 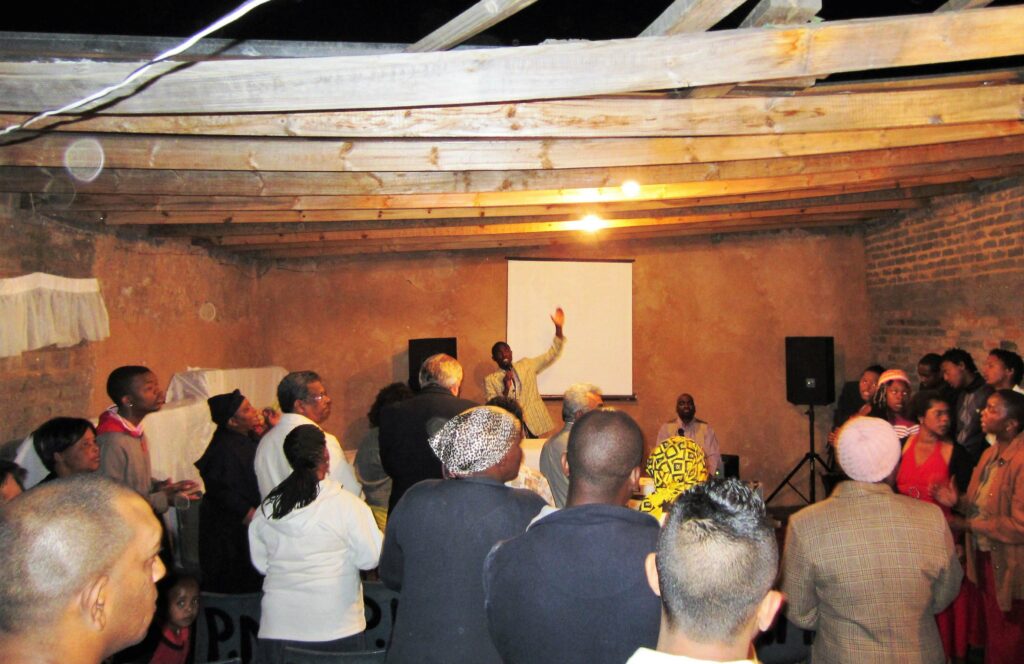 It was at that point when both John and his wife Vijay recognized that God’s time had come for them to leave pastoral ministry. It was not an easy decision since leaving the church they’d pastored for thirty-five years also meant leaving a steady salary. But both their church and the Peters’ own adult children, thriving professionals and regular contributors already to BCM ministry in India, encouraged John and Vijay to follow God’s call. With their pledged support, John and Vijay Peter were commissioned as fulltime BCM missionaries in 2001. John first served as BCM Southern Africa coordinator, but as the ministry grew, he was appointed BCM Africa Director.

In the fifteen years since John Peter’s appointment, Africa has become BCM’s fastest-growing ministry region, with new fields and missionaries added in Mozambique, Zimbabwe, western Kenya, Zambia, the Democratic Republic of Congo, Madagascar, as well as South Africa itself. BCM Africa maintains a headquarters in Durban, South Africa, where many local evangelical churches participate in BCM ministry. Children’s outreaches remain a central focus with almost 20,000 reached weekly in Swaziland, Zimbabwe, and Madagascar alone. But pastoral and ISMT leadership training, aid to orphans and HIV victims, and church planting continue to grow as well.

John Peter himself teaches many leadership conferences as well as speaking at Bible camps and retreats. One vital topic on which he speaks frequently is the Christian marriage and family. But serving as BCM Africa director has not been without challenges. The very vastness of Africa, larger than the United States, China, India, and most of Europe together, along with sub-par road and transportation systems, makes regular visits to BCM Africa’s scattered ministry fields an adventure in itself. Along with long days on the road, high crime rates, hijacking, and even terror threats are a routine aspect of travel as well (see On the Road with God in Africa).

Another challenge is the extreme poverty John Peter encounters in many places where BCM Africa ministers. It is not uncommon to be working with children who may only eat once every 2-3 days. One answer to this need came in an unusual way. Shortly after graduating from Bible college in 1969, John Peter had taught a children’s Bible club. Several of the small boys who accepted Christ in that Bible club have since grown up to be prosperous businessmen in South Africa. One day in 2011, they approached John Peter. 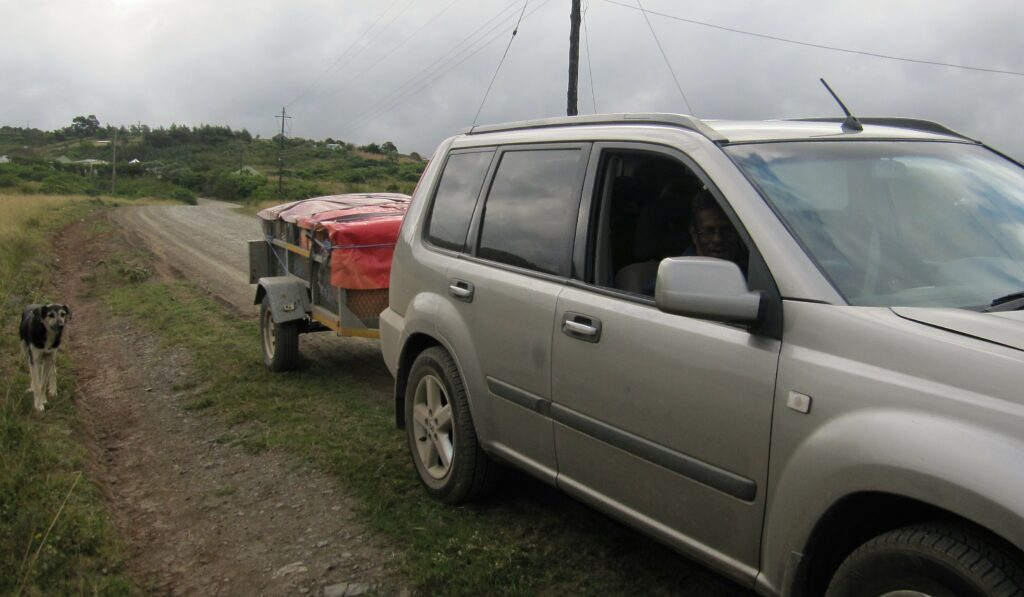 “Pastor, we remember how you taught us in Bible club when we were little boys. Now we are in business. We know what you are doing in these countries, and we know you often take more aid supplies than you can fit in your vehicle. So we’re going to buy you a trailer.”

His former students took John Peter to a large store where they showed him a deluxe-model trailer. John Peter immediately refused: “That’s good for a holiday, but it’s too big and fancy for the places I go. All I need is to be able to haul lots of stuff.”

So instead, his former students had a two-meter-long trailer custom-built for John Peter. That trailer has now jolted along thousands of kilometers of potholed, rutted, and rocky southern Africa roads, piled high with canned food, clothing, blankets, Christian literature, and other donated materials. One bakery donates several hundred loaves of fresh bread. On another occasion, the Peters received bags and boxes of shoes discarded by factories. With each aid distribution, John and Vijay also share God’s redeeming love.

With missionaries spread out from Madagascar and South Africa all the way to Kenya and the Democratic Republic of Congo, member care is another challenging aspect of serving as BCM Africa director. John Peter shares a recent visit to two BCM Africa missionaries, Collin and Tandi, who work with church planting, children, the elderly, and HIV victims in northern South Africa. Collin had suffered a stroke, which has made carrying out his pastoral and other ministry responsibilities an arduous task. Tandi, who recently received her college degree in social work, not only maintains a day care and children’s ministry in their home, but counsels and teaches on HIV in schools, churches, and care centers. In the midst of their own trials, Tandi is preparing to take a missions team to Zimbabwe in April to help in BCM children’s ministry there.

“We ask for prayer for Collin and Tandi as well as our other missionaries,” John Peter expresses, “for their encouragement and for their needs. It might be a feather in our cap to have a ministry in every country in Africa. But what we need now is to stabilize what we’ve got and strengthen our current leadership. We need ministry that can sustain our missionaries, who are struggling for lack of finances and personnel.” 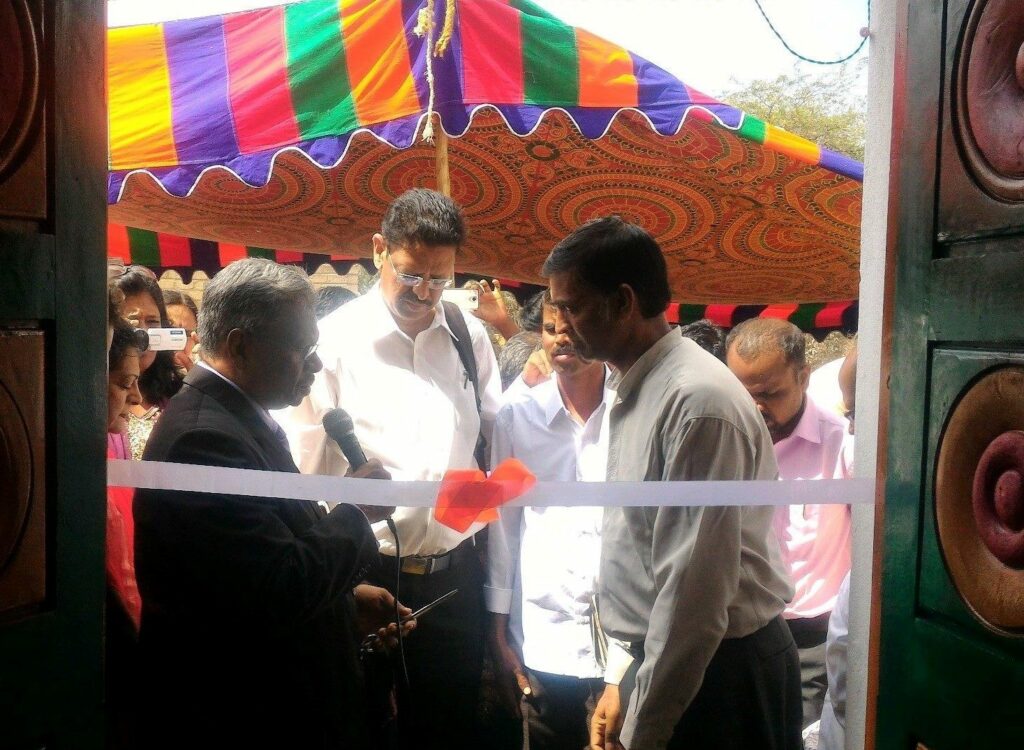 John Peter asks for prayer as well for the future of BCM Africa. Above all, for wisdom in knowing which ministry opportunities to pursue. Already, a number of leadership training and regional conferences have been scheduled for 2017. But one graduate of BCM’s Train the Trainer program in Uganda has been asking for help from BCM for two years now. Requests from Botswana, Lesotho, Mozambique, and Eastern Cape are on hold for lack of personnel. Still, however great the challenges, BCM Africa director John Peter is even more greatly encouraged at the opportunities he sees ahead for BCM across the African continent.

“If I had to choose a message for BCM Africa,” John Peter sums up, “it is the admonition of Jesus in Luke 9:62 that no one who puts a hand to the plow and looks back is fit for service in the kingdom of God. This is the path to which God has called me, the plow I’ve chosen. Whether I am facing a high or a low in ministry, I’ve promised our Lord that I will put my hand to the plow and not look back. That is the message I want to communicate to our ministry personnel in the field. If you put your hand to the plow, don’t look back. The temptation is always there to look back, especially with the challenges we face. We need to encourage ourselves and our missionaries of BCM Africa, if you put your hand to the plow for the cause of Jesus Christ, there is no turning back.”